In just 40 minutes, PlayStation mostly made up for a year's worth of silence 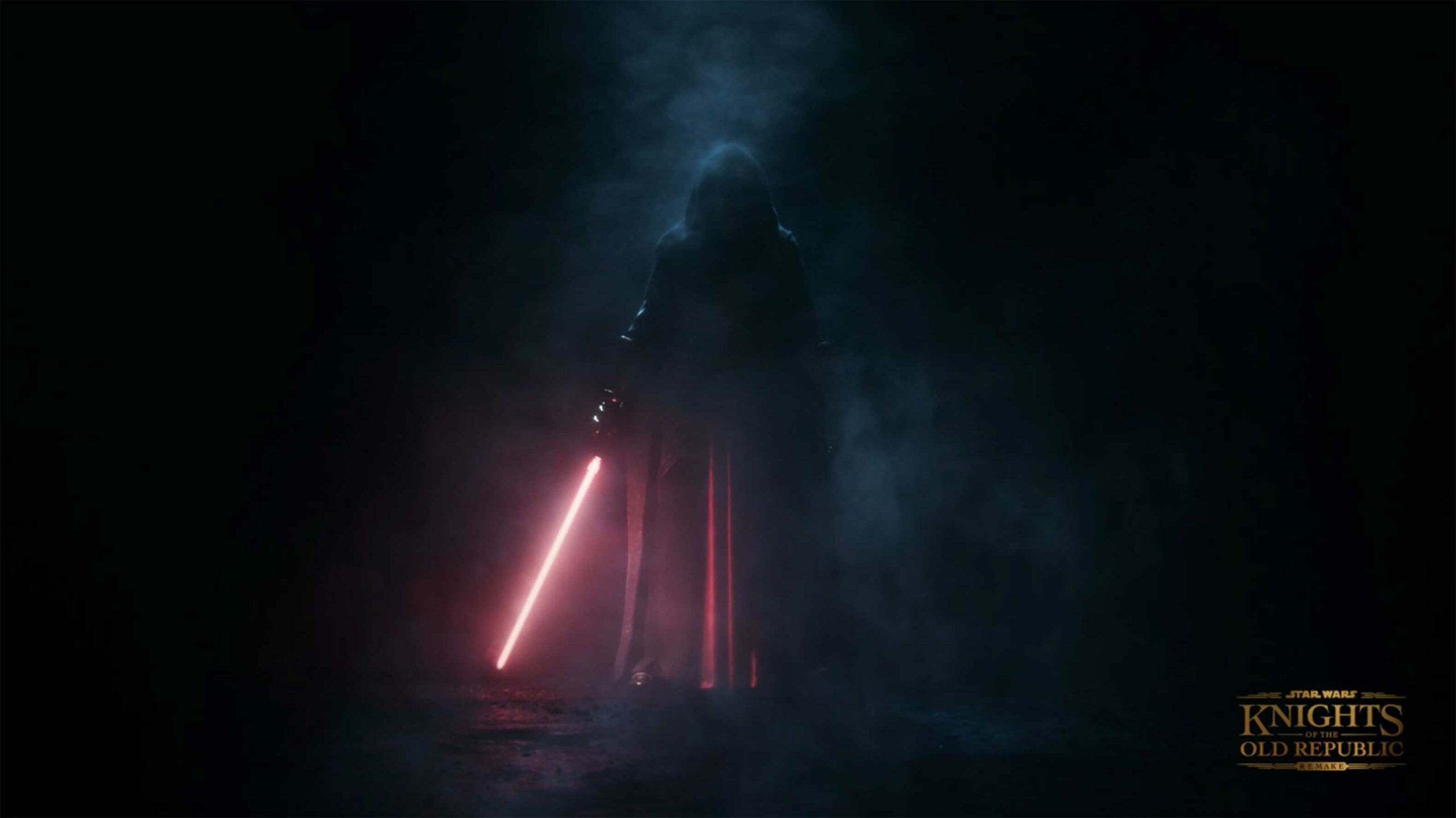 Outside of a few smaller State of Play presentations, PlayStation has largely been quiet over the past year.

On the one hand, that’s understandable — the PS5 is selling exceptionally well, so there wasn’t exactly a need to say much. But the absence of a major show has felt especially glaring after Xbox and Nintendo both had strong showings at E3, an event Playstation has skipped for the last two years.

PlayStation even seemed to acknowledge this in a recent blog post. “You’ve been awfully patient, and we thank you for that,” wrote Sid Shuman, the company’s senior director of content communications.

All of that is to say that there was a lot of anticipation going into September 9th’s big PlayStation Showcase 2021, the first of its kind in a full year. Just what would the company show? Speculation ran wild.

Thankfully, PlayStation killed it, giving us one of its most diverse and impressive showings in recent memory. In a tight, well-paced 42-minute presentation, the company featured off a slew of promising games.

After a rather bizarre and expensive-looking live-action ad, Sony properly began the Showcase with one of the biggest and most exciting reveals possible — Star Wars: Knights of the Old Republic — Remake, coming exclusively to PS5 and PC at launch.

Originally developed by Canada’s own BioWare Edmonton, Star Wars: Knights of the Old Republic is a beloved original Xbox game that mixes a rich, choice-based story with memorable characters, deep RPG mechanics and fantastic worldbuilding. It’s easily the best Star Wars game ever made (although its tragically overlooked sequel is a close second) and one of my absolute favourite games in general.

To be sure, we know very little about the game, and developer Aspyr Media will need to prove its mettle accordingly. But at the very least, the developer promises that several veterans of both the original KOTOR team and those that worked on the likes of Ghost of Tsushima and Dragon Age: Inquisition. We also know that Canadian actress extraordinaire Jennifer Hale is reprising her role as the Jedi Bastila Shan, as well as “some other familiar voices.”

Ultimately, I’m just excited for the potential of the KOTOR remake, especially given how many quality remakes we’ve gotten in recent years. For my money, the past two years have given us the two gold standards for how to reimagine beloved games — Capcom’s Resident Evil 2 (2019) and Square Enix’s Final Fantasy VII Remake. Both games faithfully captured the spirit of the originals while making significant but meaningful overhauls of visuals, storytelling and mechanics. The thought of BioWare’s magnum opus getting the same treatment is tantalizing. It’s also a huge get for Sony; the original game not only never came to PlayStation consoles, but it’s pretty much synonymous with the original Xbox.

I could go on about KOTOR, but the PlayStation Showcase had far more to get excited about.

Perhaps the biggest takeaway from the show is that it represents a deepening of the already strong relationship Sony has with Disney. On top of KOTOR, the companies revealed a brand-new collaboration — Insomniac Games’ Marvel’s Wolverine. This was a complete surprise to everyone, especially my Marvel fanatic self. After all, Insomniac’s been working on Spider-Man for several years, on top of Ratchet & Clank!

As with KOTOR, we know practically nothing about Wolverine, but Insomniac is such a top-tier studio that its involvement is basically the only seal of approval we need. Of particular note to me is that Walt Williams, the co-writer of the criminally underrated military shooter Spec Ops: The Line, is working on Wolverine. While this could be wishful thinking on my part, it would be fascinating to see Wolverine at least partially explore the Canadian mutant’s many years of fighting in wars from a Spec Ops-esque psychological perspective. At the very least, a Quebec license plate that was spotted in the trailer points to none other than the Hulk, which could just be an easter egg but hopefully hints at a confrontation with Wolverine.

If that wasn’t enough, Insomniac showed what we’ve all been waiting: Marvel’s Spider-Man 2. The game is set to feature both Peter Parker and Miles Morales’ webslingers as they face off against Venom and, most likely, Kraven the Hunter. Insomniac’s previous two Spider-Man games have had some of the wallcrawler’s best-ever adventures, and Spider-Man 2 is sure to continue that when it releases in 2023. With Disney working with PlayStation on three major games (as well as showing a new trailer for the multiplatform, Canadian-made Guardians of the Galaxy) with mass appeal, it will be interesting to see whether the two companies continue that partnership down the line.

But even if you don’t care about any of these Disney-owned properties, the Showcase had a lot more to offer. We got a deeper look at Square Enix’s Forspoken, a brand-new PS5-exclusive fantasy-RPG from the team behind Final Fantasy XV. While I wasn’t a fan of that game, Forspoken looks far more promising, especially with its frenetic magic-centric traversal and combat. Meanwhile, we saw more from Bethesda’s Ghostwire: Tokyo, which, like Forspoken, is launching in Spring 2022. The game is also about magic, but in a Tokyo setting, which gives it a wickedly cool Japanese vibe. (The less said about Bethesda’s Deathloop, which will surely be great but has been shown an obnoxious number of times, the better.) And Project Eve, a post-apocalyptic action game, looks like a delightfully stylish and satisfying hack-and-slash experience. Gran Turismo 7 even made an appearance, which, while not my jam, is nice to see for racing fans.

But the best showing outside of Disney’s three games was, undoubtedly, God of War: Ragnarök. After a year of silence (and nary as much as an official title), we finally got an extensive look at the game. 2018’s God of War was a genuine masterpiece, and I can’t wait to see how Sony Santa Monica continues Kratos and Atreus’ story sometime next year.

Of course, none of this changes the fact that late 2021 will go down an uncharacteristically slow release period for PlayStation, outside of Deathloop, Death Stranding: Director’s Cut (a re-release of Hideo Kojima’s 2019 adventure game) and Kena: Bridge of Spirits. But 2021 was always going to be a comparatively quieter year due in no small part to COVID. It’s hard to blame PlayStation for this. It was, after all, supposed to have both God of War: Ragnarök and Horizon Forbidden West in 2021 before their delays. But this just means that 2022 — COVID permitting, of course — is going to be absolutely packed with those two games, as well as Ghostwire: Tokyo, Forspoken, Gran Turismo 7, and more.

And that’s just what was shown on September 9th. We have yet to see what Naughty Dog is working on after last year’s The Last of Us Part II. Per credible sources, a new Twisted Metal is said to be in development. After a few showings this year, Horizon Forbidden West is finally set to release in February 2022. And we have significant exclusive third-party support coming from the likes of Bethesda (Spring 2022’s Ghostwire: Tokyo) and Square Enix (the undated Final Fantasy XVI and next Final Fantasy VII Remake game).

For PlayStation owners, now’s a good time to sit back, relax and take the rest of 2021 to play Deathloop or even catch up on your backlog. The best is yet to come.