Xbox and Nintendo had overall strong showings, but there were a few other big reveals as well 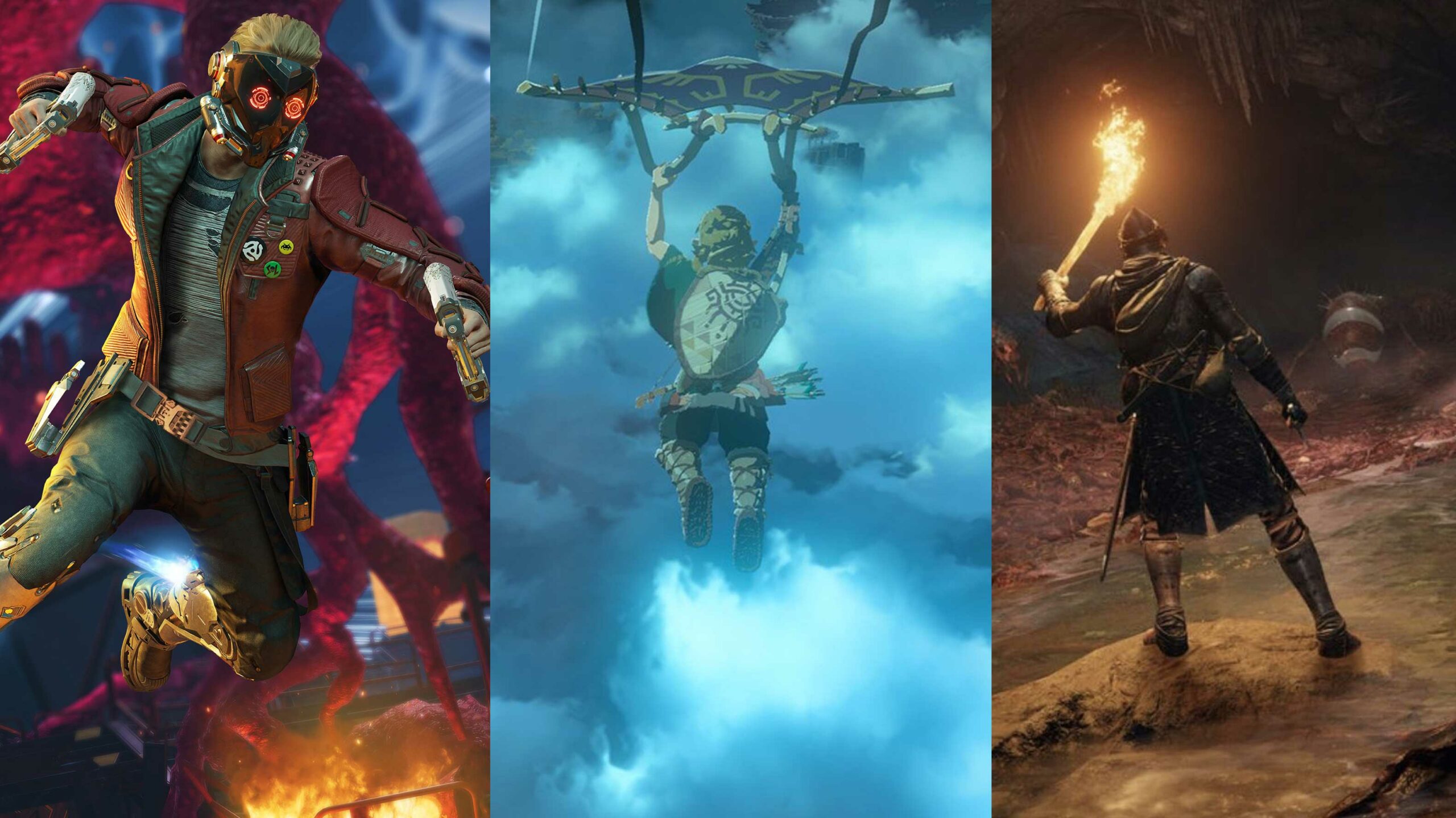 We’re only halfway through June and it’s already been a busy month for video games.

The former is a multi-week “season” of game news and other announcements produced by Toronto’s own Geoff Keighley (The Game Awards), while the latter is the Entertainment Software Association’s annual event trade show featuring its own array of publisher showcases and reveals.

As it so happens, both SGF’s two-hour Kick-Off Live presentation and all of E3 took place this week, so you’d be forgiven for not keeping track of it all. Fortunately, we’ve got you covered! After watching all of the showcases, here are the five biggest announcements out of SGF and E3.

After being announced at E3 2019 and going dark in the following two years, the long-awaited gameplay reveal for Elden Ring finally came at the end of SGF Kick-Off Live! In addition to coming from beloved Dark Souls developer FromSoftware, Elden Ring features worldbuilding from A Song of Ice and Fire series author George R. R. Martin.

If that weren’t enough, the game promises to be FromSoftware’s biggest game to date with a full open-world that can be traversed on horseback. Further, players will be able to tackle most bosses and quests in their own order, deviating from the fairly linear campaign structures of previous FromSoftware games. Of course, there will also be persistent multiplayer mechanics like other From games, although you can’t use your horse when they’re enabled.

Finally, Elden Ring got a release date, January 21st, 2022, alongside confirmation that it will be available on PlayStation 4, PlayStation 5, Xbox One, Xbox Series X/S and PC.

The Legend of Zelda: Breath of the Wild sequel

As many fans had hoped, Nintendo’s E3 Direct offered up a new (however brief) look at the sequel to 2017’s Breath of the Wild, a game that was announced way back in 2019 with no footage revealed since (noticing a pattern here?).

However, the gameplay shown off here is rather vague, leads to exciting discussion about where the still-untitled sequel is headed. In contrast to the reveal trailer’s dark atmosphere, the new footage showcases a long-haired Link as he navigates areas in the clouds.

Fans are already speculating that this is a different version of Link than the one from Breath of the Wild, who can also be seen exploring a more traditional open-world setting that appears to be the Hyrule from the first game. In particular, there seems to be a “rewinding” motif here based on the music, backwards water droplet and Link reversing a ball up a mountain, which some see as hints towards a larger time travel story.

The Legend of Zelda: Breath of the Wild sequel is slated to release in 2022 exclusively on the Nintendo Switch.

Guardians of the Galaxy

While its existence was first reported way back in 2017, Canadian developer Eidos Montreal (Shadow of the Tomb Raider) officially debuted Marvel’s Guardians of the Galaxy during Square Enix’s E3 Presents stream.

Notably, the game is an original take on the Guardians in their early months as a team, rather than being based on James Gunn’s Marvel Cinematic Universe versions of the cosmic-faring superheroes. You control the Guardians’ leader, Peter Quill/Star-Lord, who can use his elemental blasters and jet boots to zip around areas. However, Drax, Gamora, Rocket Raccoon and Groot are also key parts of the game and can be commanded to perform various unique abilities.

Interestingly, players will also be able to make dialogue choices throughout the game that affect Quill’s relationships with the other Guardians and change the outcome of certain missions. The core story and ending, which Guardians comics writer Dan Abnett consulted on, will otherwise be the same.

Marvel’s Guardians of the Galaxy will launch on PlayStation 4, PlayStation 5, Xbox One, Xbox Series X/S, PC and Nintendo Switch (via the cloud).

The single biggest surprise out of Nintendo’s overall excellent Direct presentation was that a brand-new 2D Metroid game — the first since 2002 GBA game Metroid Fusion — is in development. What’s more, it’s actually a revival of Metroid Dread, a previously cancelled game that was originally envisioned for the Nintendo DS.

Taking place after the events of Fusion, Dread follows galactic bounty hunter Samus Aran as she faces a new robotic enemy on the planet ZDR. The game features classic sidescrolling exploration, as well as stealth mechanics for Samus to use to evade the powerful ‘EMMI’ robot.

While Nintendo didn’t have any update on the status of the delayed and re-envisioned Metroid Prime 4 beyond noting that it’s “working hard” on the game, Dread is undeniably a great way to celebrate the beloved franchise’s 35th anniversary.

Metroid Dread will release exclusively on the Nintendo Switch on October 8th, 2021.

We managed to fit all the Xbox Game Pass announcements from the Xbox & Bethesda Games Showcase in one image. ​

It might seem like including an entire service over a single game is cheating, but hear me out. Sure, learning that sci-fi open-world game Starfield — Bethesda Game Studios’ first-new IP in 25 years — will be exclusive to Xbox Series X and PC when it launches November 2022 is arguably the biggest overall announcement.

But the key element unifying 27 of the 30 games shown off during the showcase was Game Pass. You’re probably used to hearing a dramatic announcer say “World Premiere” at these kinds of shows, but this time, we got that same emphatic confirmation of “Play It Day One With Xbox Game Pass,” over and over. Xbox has even provided a roadmap to show how major games are dropping on Game Pass every month for the rest of the year.

It’s quite mindblowing to consider that virtually everything that was shown will be available to you as part of a single $11.99 CAD/month Game Pass subscription. What’s more, the $16.99/month Game Pass Ultimate tier includes Xbox Cloud Gaming, which many of these games will support. This means that everything from indie darlings like Hades and 12 Minutes to heavy hitters like Halo Infinite and Starfield will be playable on consoles, PC and supported streaming platforms like Android. Factor in the recent confirmation that Cloud Gaming will expand to smart TVs, proprietary streaming devices and more, and Xbox has firmly positioned Game Pass as the go-to place for all of its games, regardless of the hardware you own.

Of course, there were many other announcements that came out of SGF and E3. We’d be here a while if we went over all of them!

With that in mind, what were your favourite reveals from the shows? Let us know in the comments.