The tools even let you save the QR code to Apple Wallet for easy, convenient access. 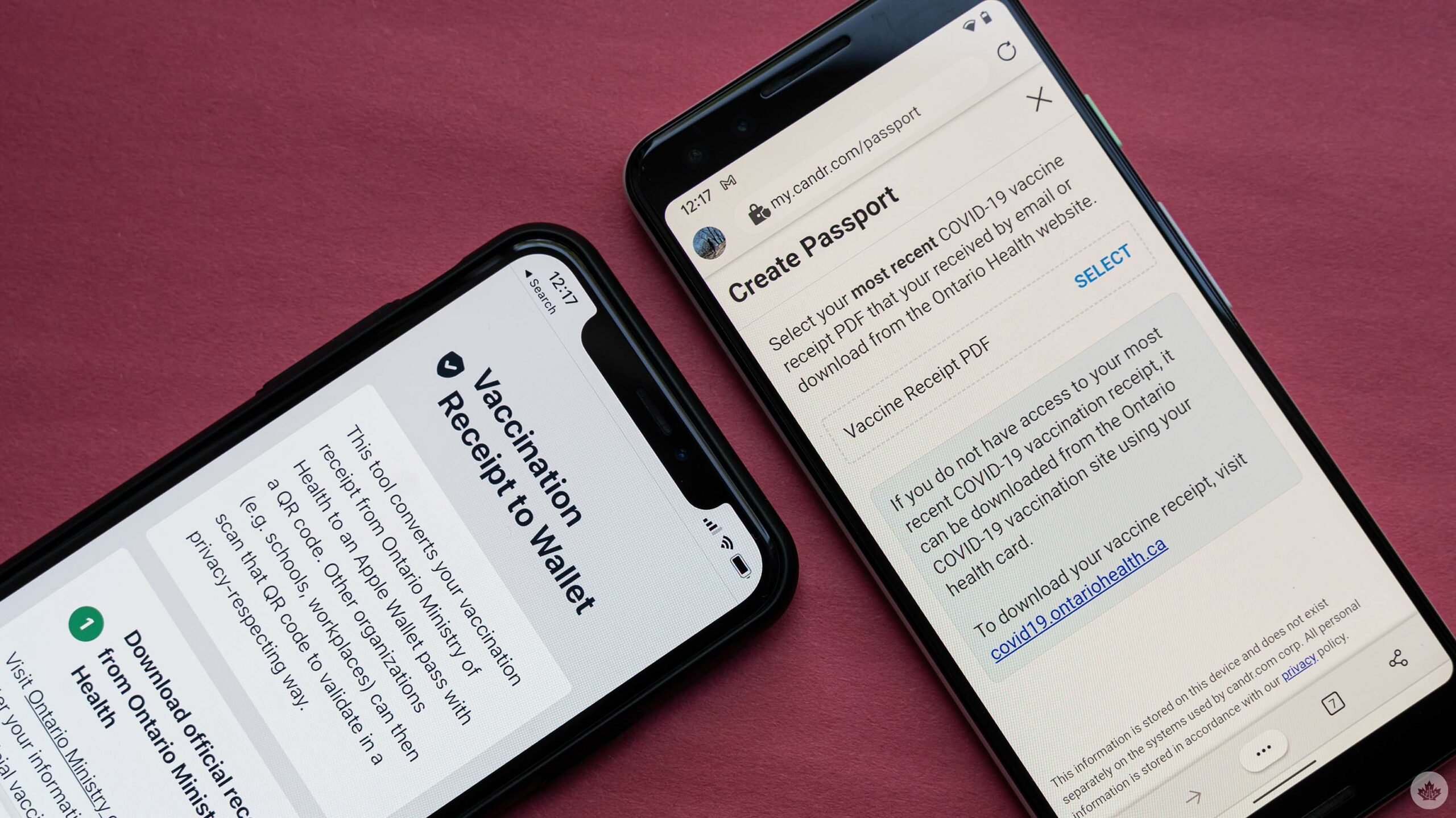 With the Ontario government’s official vaccine certification app still weeks away, a few unofficial ways to store vaccine receipts digitally have cropped up.

These unofficial services can verify the official vaccination receipt provided by the Ontario government and generate a QR code that individuals can keep on their phones. Currently, there are at least two services that do this, although there are likely others I’m not aware of. 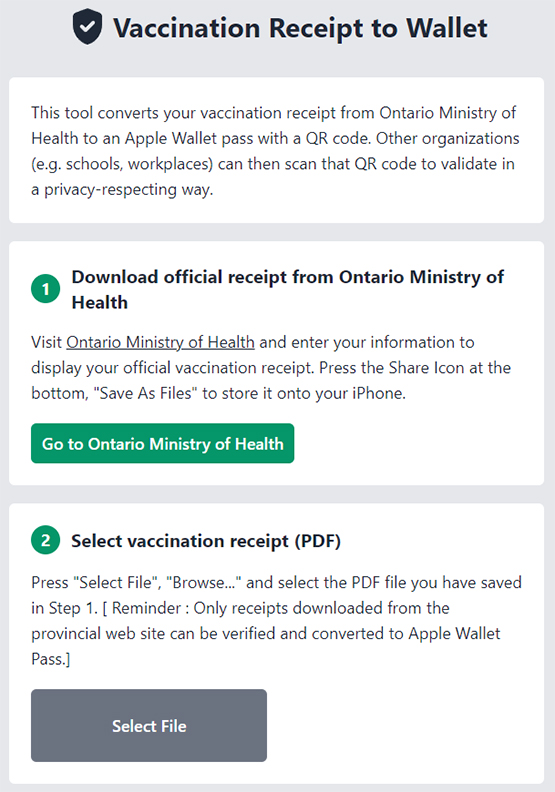 First up, there’s the website ‘Vaccination Receipt to Wallet‘ that can create an Apple Wallet vaccine certification card for iPhone users. Spotted by iPhoneInCanada, the online tool lets individuals upload the vaccination receipt PDF provided by the Ontario Health website. It then generates a QR code that can be saved to the Apple Wallet app. Organizations can use the companion ‘QR Code Verifier‘ site to scan the Wallet passes to verify individuals’ vaccination status.

The whole tool is available for free and is open-source, with the code available on GitHub. Although it doesn’t support Google Pay for Android devices yet, code snippets in GitHub suggest the team is working on adding support.

Speaking of the team, the group of volunteers that developed the tool also made the ‘vaccine-ontario.ca‘ tool for finding vaccination appointments. 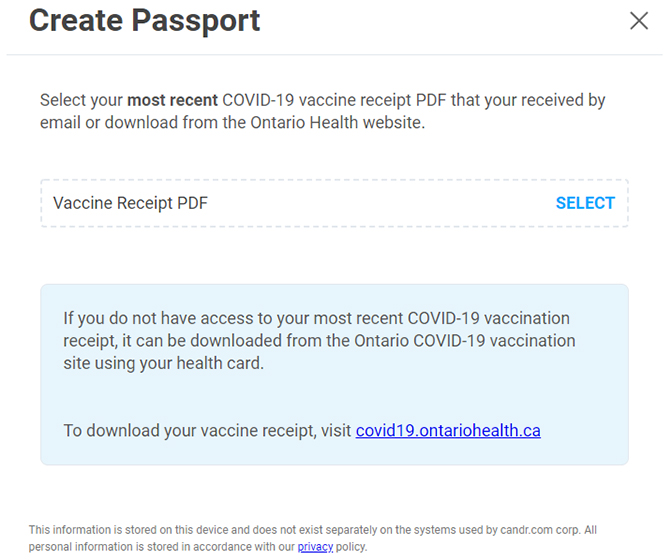 The second service comes from Candr, a QR code company. It works similarly to the Vaccination Receipt to Wallet tool and uses your web browser to generate a code. It lets you save the QR code to Apple Wallet, and Candr confirmed to MobileSyrup that Google Pay support is coming soon.

With Candr’s tool, individuals can upload their vaccine receipt PDF and the web tool creates a document with a scannable QR code and some personal information, including name, birthdate, the last four digits of one’s health card number and the date of a person’s last vaccine along with the number of doses and individual received. 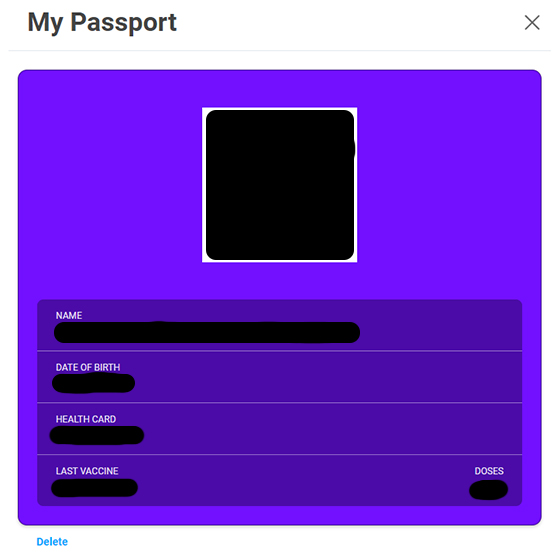 A small section of text at the bottom of the site says that the information is stored “on device” and doesn’t exist separately on Candr’s systems, which should alleviate privacy concerns.

It would be interesting to see if any provinces work with these tools to expand their vaccine certification programs. These could be a viable alternative to something like Quebec’s vaccine app that reduces overhead by eliminating the need for individuals to download and use an app. Instead, they could use an online government tool to create a digital wallet card with a QR code. That’d be particularly good in Ontario, but unfortunately likely won’t happen.

The Ford government has said it will develop an in-house vaccine certification app in about six weeks, rather than work with private tech companies to develop one. Given the tight turnaround time and the government’s track record on bungling relatively simple projects (remember the licence plates?), the Ontario vaccine app will probably also fail — or at the very least, only work on BlackBerry phones.