You can find the app on the Google Play Store, although you may need to put the name in quotes to find it 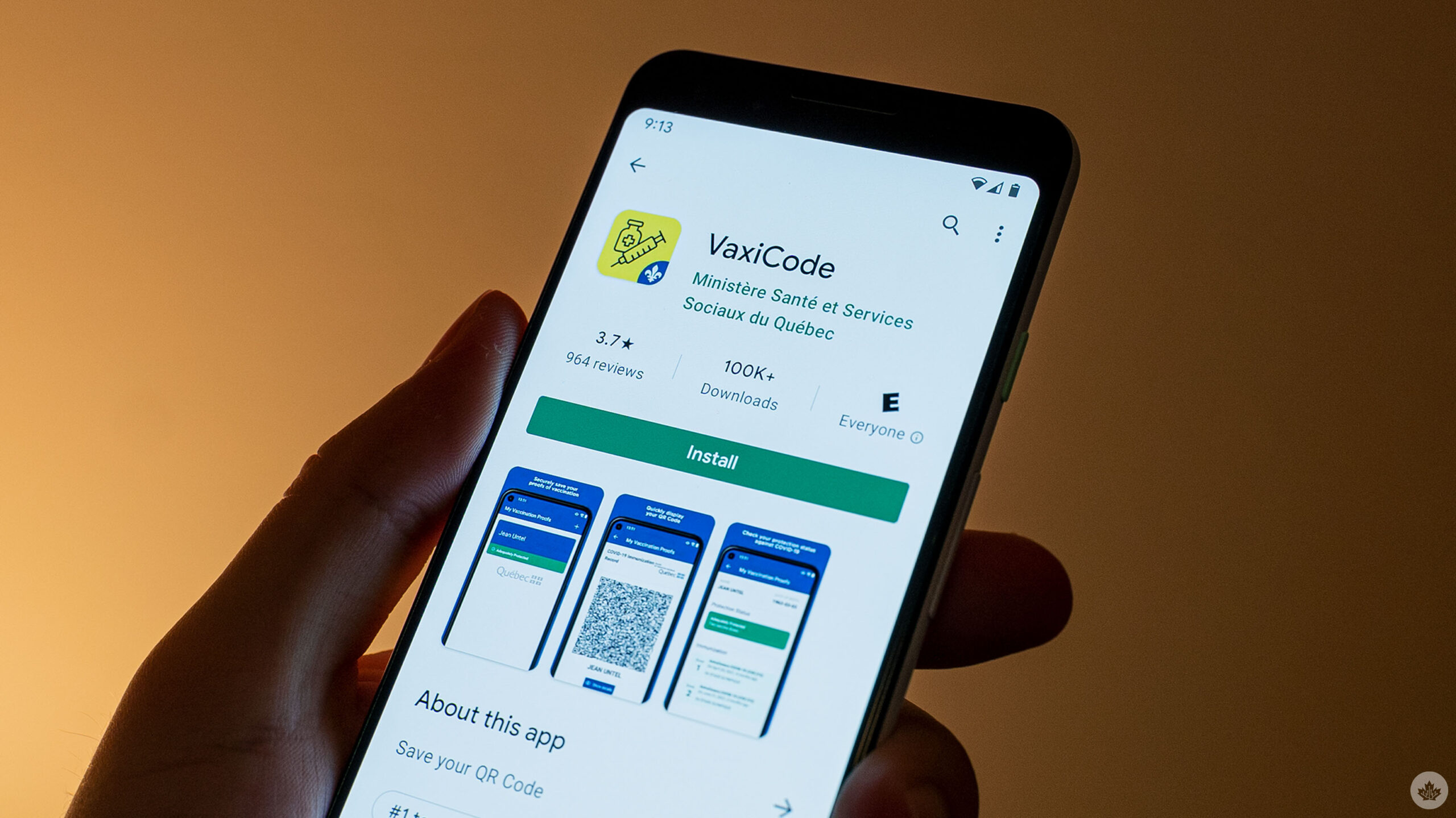 Quebec’s VaxiCode vaccine verification app is now available on Android via a free download from the Google Play Store.

The app’s release comes just days before the September 1st start date of the province’s vaccine verification program. In short, residents will need to use the app to verify their vaccination status to attend select public events or enter select public places, such as gyms, cinemas, restaurants, bars, concert or convention halls and more.

The VaxiCode app and its companion app, VaxiCode Verif, previously launched on Apple’s iOS platform. It quickly rocketed to the top of the download charts, surpassing other massively popular free apps like TikTok and Instagram in Canada.

The two apps work together, with the first allowing users to display a QR code that people can scan with the Verif app to confirm the individual’s vaccine status.

Although the Quebec government said it found and fixed several flaws with the app before launch, other vulnerabilities were revealed in VaxiCode hours after becoming available.

There were two main issues found in the app — the first was a computer program found a way to generated false proof-of-vaccination for non-existent citizens and register them in the app. The second issue came from a hacker group, which gained access to the personal QR codes for several notable Quebec politicians.

While certainly a cause for concern, Quebec also downplayed the severity of the two flaws. For the first, it’s worth keeping in mind that people need to show an ID alongside the VaxiCode verification. That means the verification info generated when scanning the QR code must match an individual’s identity, preventing people from spoofing fake QR verifications and bypassing the system.

As for the Quebec politicians, their personal info was publicly available, making it easy for someone to fill out the in-app form and generate QR codes. For the average person who isn’t a public figure, that may not be a problem.

To get the VaxiCode app on Android, head to the Google Play Store to download it. It’s worth noting that the app isn’t showing up for people in search, but adding quotes around it (“VaxiCode”) can make it appear. Alternatively, you can click here to head straight to the Play Store page for the app.