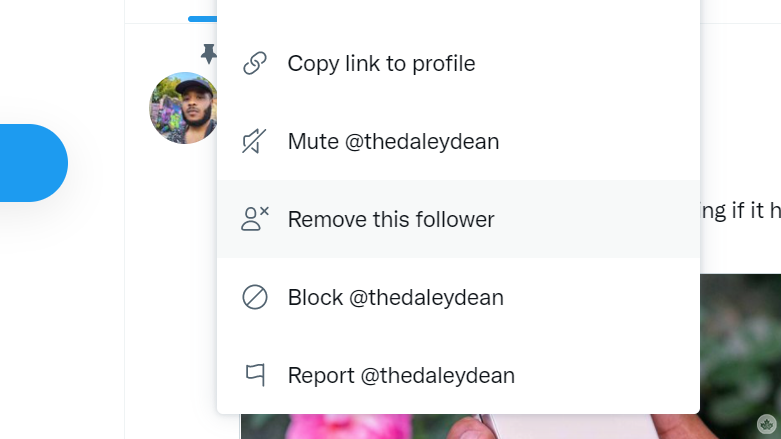 Twitter is testing a new feature that lets you quietly remove users from your Followers list without having to full-on block them.

In a tweet from Twitter Support, the social media platform explains how users can now manually trim their Followers list by clicking the newly added “Remove this follower” option in the three horizontal dot — or “meatball,” as it’s called in UX design lingo — menu next to each follower’s name.

Some users eager to start culling their followers lists — like me — may have to wait a bit longer though, as the new setting is still in the process of rolling out for user testing.

For example, as of September 8th,  only one member of the MobileSyrup team — not me 🙁 — was able to see the ‘Remove Follower’ button in their Twitter options.

Still, the feature is appealingly subtle, in that users unceremoniously booted from your follower list are not notified of their removal.

We're making it easier to be the curator of your own followers list. Now testing on web: remove a follower without blocking them.

To remove a follower, go to your profile and click “Followers”, then click the three dot icon and select “Remove this follower”. pic.twitter.com/2Ig7Mp8Tnx

However, those same users are free to follow you again if they choose — at which point, you might want to look into blocking them as a more permanent solution.

On that note, Twitter recently began beta testing for its in-development ‘Safety Mode’ auto-block setting, which when activated automatically slaps users engaging in harassing behaviours with a seven-day temporary ban.