Despite the fact that the 2014 phone is making parts of his job more difficult, Ford reportedly has a stack of refurbished models at home 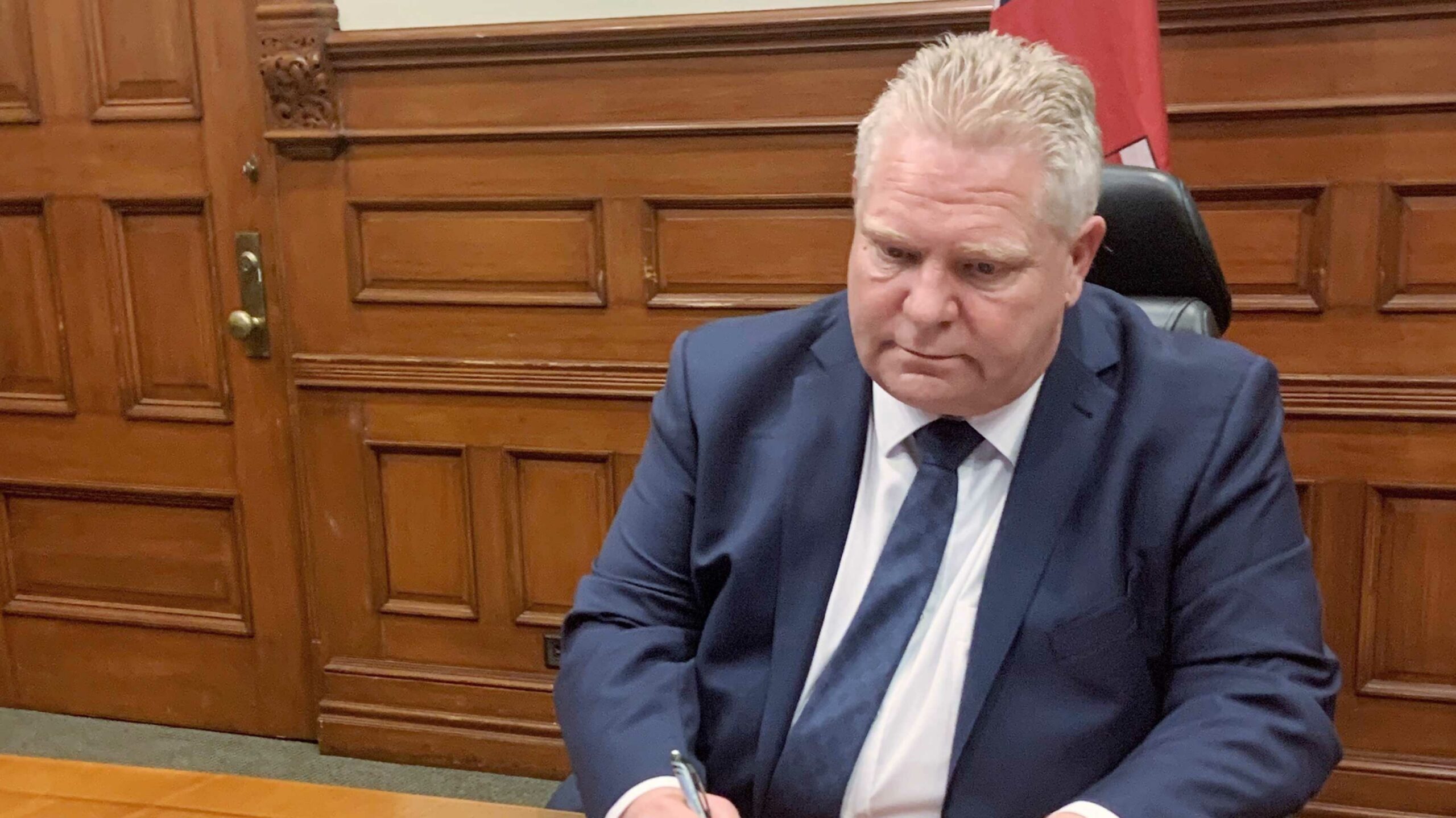 Ontario Premier Doug Ford’s efforts to adapt to working remotely at home are reportedly not going so well.

According to The Toronto Star, Ford — who’s currently self-isolating at his late mother’s home after an aide tested positive for COVID-19 — is having some tech problems.

In particular, The Star reports that Ford’s aides had to scramble to get him a personal laptop and teach him how to use it. The aides note that while Ford has grown accustomed to doing remote meetings via Microsoft Teams and Zoom in his Queen’s Park office, the premier has tech support handy there.

What’s more, Ford’s aides say the premier doesn’t even have a modern cellphone, as he’s still using a 2014 BlackBerry Classic that runs BB10 for calls, texts and emails. This has presented a problem since the device is so old that it struggles to download attachments and perform other basic functions.

The Star says Ford is so used to the Classic that he has a stack of refurbished models that he purchases from a Mississauga electronics shop for about $150 each.

Overall, Ford is facing intense scrutiny over Ontario’s massive number of COVID-19 cases, with the province reporting 4,212 new cases on Wednesday. The premier has come under fire for inconsistent lockdown procedures and failing to listen to healthcare experts’ advice.

Calls for Ford to resign have since circulated online, including in a recent Washington Post op-ed, which was one of the site’s most-read stories over the weekend.

For now, the Ontario government is planning an “imminent” announcement pertaining to paid sick leave, which is one of the initiatives that health experts have asked to be implemented in the province.