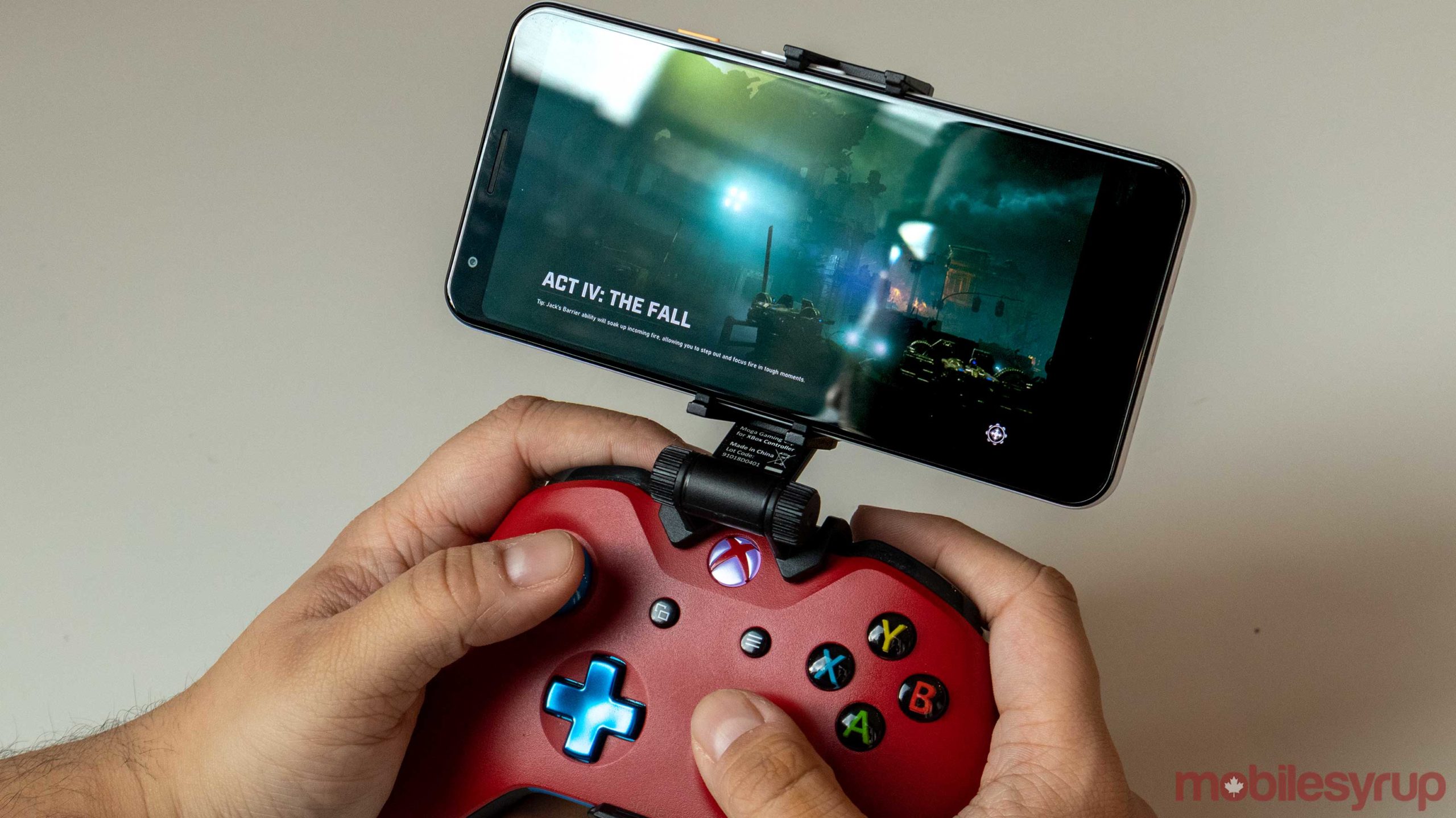 After nearly a year of public trials, Microsoft’s ambitious game streaming platform has launched on Android in Canada.

At launch, ‘Cloud gaming with Xbox Game Pass’ — previously known as ‘Project xCloud’ — offers streaming of more than 150 games to an Android device at no additional cost to those subscribed to the $16.99 CAD/month Xbox Game Pass Ultimate.

With your Android device, download the Xbox Game Pass app from the Play Store or Samsung’s Galaxy Store. The Galaxy Store version of the app exclusively allows you to make in-app purchases for additional content for your games.

Through the app, you can sign in with your Microsoft account that’s subscribed to Game Pass Ultimate and pair your controller to your phone via Bluetooth. The Game Pass app also features full integration with Xbox Live, so your friends, achievements, party and voice chat, cloud saves and more will carry over from console and PC to mobile.

If you run into any issues getting anything set up, Xbox has a dedicated cloud gaming support page set up here.

From there, you’re ready to begin streaming. See below for the full list of games that are currently available:

It’s important to note that while the streaming library represents the majority of Xbox Game Pass titles, some are only available on Xbox One and/or PC. Having said that, Xbox Game Pass Ultimate includes access to Game Pass for Console and PC, so you can play even more games should you own one (or both) of those platforms.

In any case, Xbox promises to add more games to the Android-specific Game Pass library. The company has already revealed the next few games that are coming to Game Pass on Android, too, which include Halo 3: ODST on September 22nd and Night in the Woods on September 24th.

Further, Xbox recently confirmed that EA Play will also come to Game Pass Ultimate at no additional cost sometime this holiday. Regularly priced at $29.99/month, the service offers a catalogue of more than 60 EA games, as well as full-game trials and other exclusive perks. Xbox says that “some” of the EA Play games will be available for streaming on Android, although specific titles have yet to be confirmed.

The elephant in the room, however, is the lack of support for Apple platforms. While Microsoft has expressed a desire to bring streaming to as many devices as possible, Game Pass Ultimate is not expected to come to iOS anytime soon. Microsoft did at one point run an iOS preview for iOS, although it was limited to a single game — Halo: The Master Chief Collection — and was forced to end after 90 days, as per Apple App Store rules.

Since then, Apple’s App Store has come under fire by Microsoft, as well as Fortnite maker Epic Games and Facebook, for having restrictive policies that limit or outright prevent gaming apps from operating on iOS entirely. While Apple has since updated its App Store guidelines, the policies still greatly hinder services like Game Pass by requiring each game in the catalogue to be offered on iOS through its own standalone app.

In response, Microsoft said this would create a “bad experience for customers,” arguing that “gamers want to jump directly into a game from their curated catalog [sic] within one app just like they do with movies or songs, and not be forced to download over 100 apps to play individual games from the cloud.”

It remains to be seen what will come out of Microsoft and Apple’s conflict over Game Pass on iOS, but for now, Android users can take full advantage of the service.

Outside of the mobile ecosystem, Microsoft will also launch its next-gen consoles, the $379.99 Xbox Series S and $599 Xbox Series X, in Canada on November 10th.