The Fab Five are back 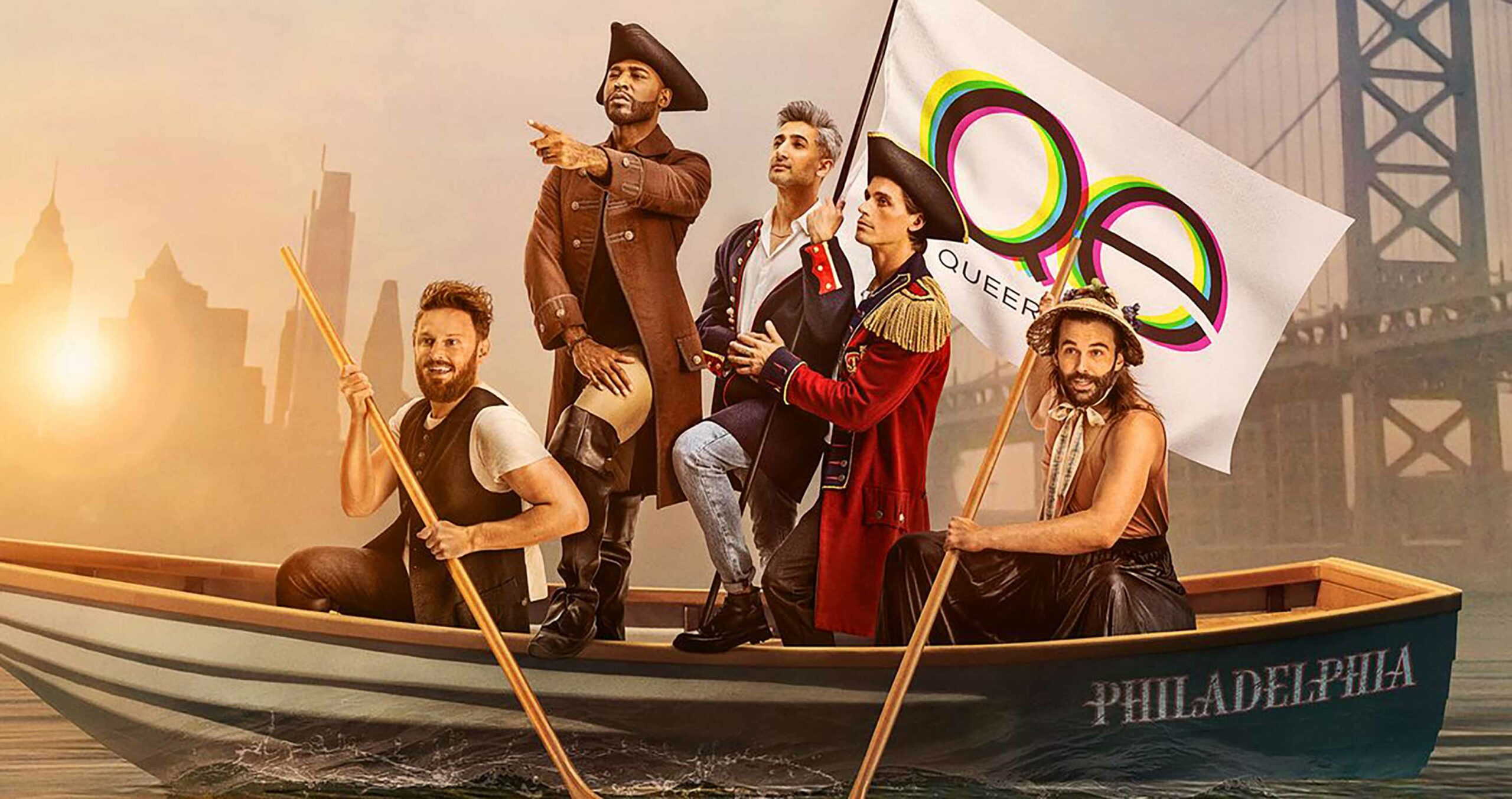 Chef Ben Robinson is joined by eight new crew members as they set a new course across the Greek Isles.

Documentarian R.J. Cutler’s (The War Room) latest work examines the impact that celebrities have had on their fans. Some of the featured people include media mogul Oprah Winfrey, Oscar-winning filmmaker Spike Lee and playwright and composer Lin-Manuel Miranda.

Find out what came to Apple TV+ over the last several weeks here.

In support of the anti-Black racism protests going on around the world, Cineplex has made dozens of films starring Black characters free on its digital store.

Some of the free offerings include legal drama Just Mercy, animated superhero film Spider-Man: Into the Spider-Verse, biographical period drama 12 Years a Slave, comedy-horror film Get Out, drama film The Hate U Give and drama film Waves.

See the full list here. Note that you’ll need a free Cineplex account to view the films at no cost.

I May Destroy You

After her drink is spiked, aspiring writer Arabella must question and rebuild her entire life.

Stream I May Destroy You here. Note that a $19.98/month Crave + Movies + HBO subscription is required.

Following the events of Season 2, Eve and Villanelle have moved on, until personal circumstances bring them together again.

A new group of up-and-coming drag queens compete for a chance to win $100,000 and be inducted into RuPaul’s Drag Race Hall of Fame.

Yvonne Orji: Momma, I Made It!

Insecure star Yvonne Orji celebrates and pokes fun at her Nigerian-American upbringing and journey from pre-med to comedy.

Stream Yvonne Orji: Momma, I Made It! here. Note that a $19.98/month Crave + Movies + HBO subscription is required.

The first seven entries in the blockbuster Fast & Furious franchise are now streaming on Netflix. This might help satiate your testosterone cravings, especially since Fast & Furious 9 was originally supposed to have released two weeks ago but has been delayed to April 2021 due to the COVID-19 pandemic.

The eight film, The Fate of the Furious, was already on Netflix Canada, which means that all of the series’ main installments are available in one place. However, it’s important to note that spin-off film Hobbs & Shaw is streaming on Crave.

The second half of the final season of Fuller House is now streaming on Netflix.

In the Full House sequel’s swan song, the Tanners prepare for a triple wedding.

All three seasons of NBC’s cult favourite Hannibal series are now streaming on Netflix. Hannibal follows the titular psychiatrist as he works with FBI special investigator Will Graham, who will eventually become his greatest enemy.

It’s worth noting that much of the series was shot in Toronto.

Stream all episodes of Hannibal here.

The Fab Five head to Philadelphia to give makeovers to new everyday heroes, including a DJ and dog groomer.

This documentary explores Indian-Americans’ success in the biggest spelling bee in the U.S. from the perspective of four contestants.

In the fourth and final season of Netflix’s controversial teen drama series, Clay and his friends deal must grapple with past secrets coming to light, all while preparing for their graduation.

13 Reasons Why was adapted by Jay Asher’s 2007 novel of the same name by Brian Yorkey (The Wedding Banquet) and features an ensemble cast that includes Dylan Minette (Don’t Breathe), Christian Navarro (Can You Ever Forgive Me?), Alisha Boe (Days of Our Lives), Brandon Flynn (BrainDead).