Superheroes, legal and sports dramas, thrillers and more are hitting digital ahead of schedule 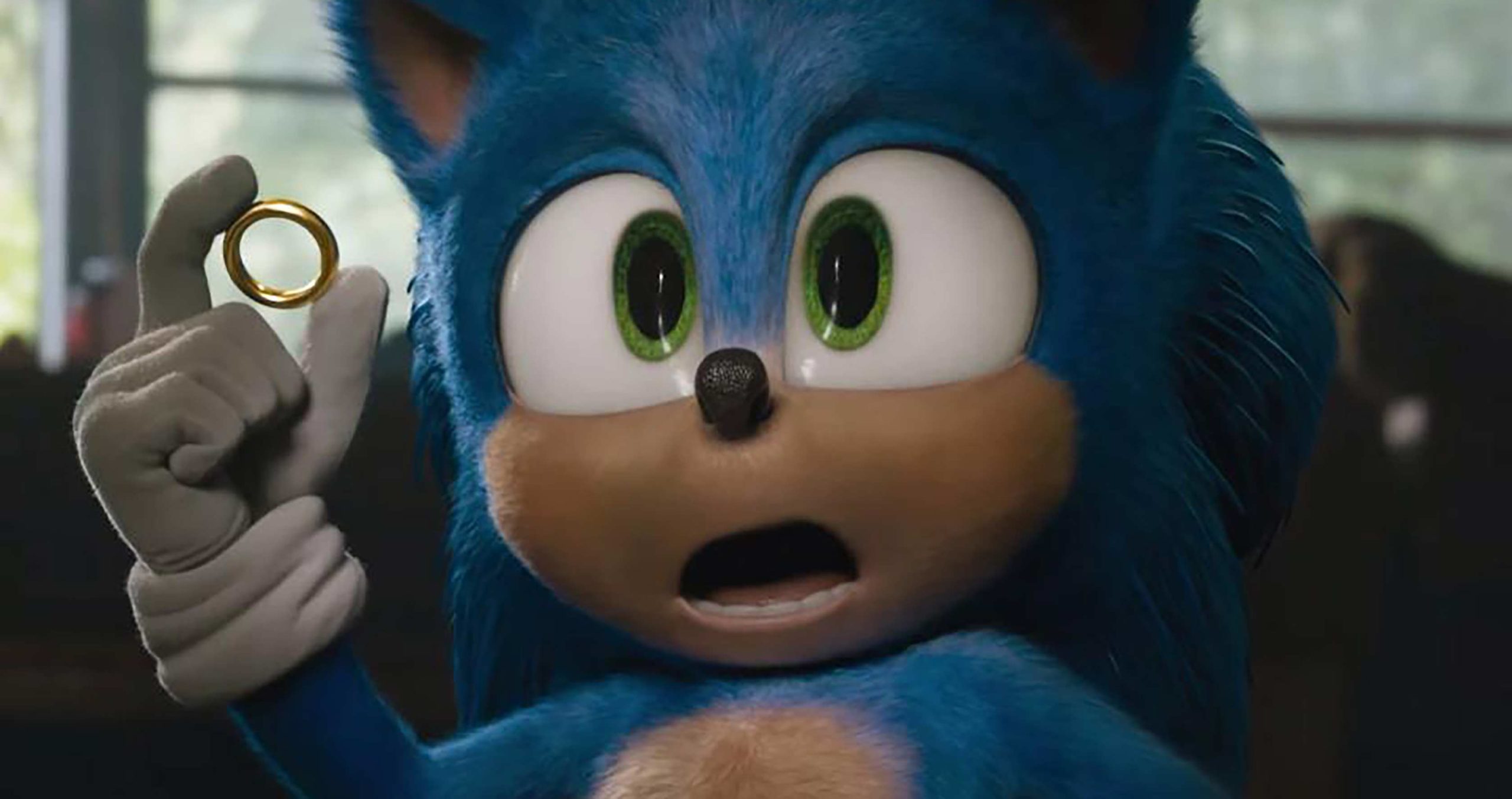 Over the past week, many major film companies have had to drastically alter their film release slates amid the COVID-19 pandemic.

Since this has led to the indefinite closure of theatres in Canada and other countries, studios have instead opted to bring some of their recent movies to digital platforms early.

Altogether, there are more than a dozen films that are being made available digitally for rent or purchase weeks or even months ahead of schedule. Given that the global coronavirus health crisis is constantly developing, it’s possible that other films will release early on digital as well. Therefore, we’ll update this story as any new titles are announced.

In most cases, these films will cost around $24.99 CAD, which will cover either a 48-hour rental or an outright purchase. Specific pricing and platforms will be mentioned per title as they become available.

Here are the early release films:

Artemis Fowl — Kenneth Branagh’s adaptation of Eoin Colfer’s 2001 Artemis Fowl novel will no longer come to theatres in August. Instead, the film will begin streaming exclusively on Disney+ on June 12th.

Hamilton — A filmed version of Lin Manuel Miranda’s acclaimed musical was going to hit theatres in October 2021 and later stream on Disney+, but now, Disney is bringing it straight to Disney+ on July 3rd, 2020.

Frozen 2 — On March 17th, Disney brought Frozen 2 to Disney+ Canada — three months ahead of schedule. In the sequel to 2013’s animated smash hit, Elsa, Anna, Kristoff, Olaf, and Sven journey across the land to discover the origins of Elsa’s powers and save their kingdom.

Onward — Pixar’s latest film had only been in wide theatrical release for two weeks before coming to digital platforms on March 20th and Disney+ Canada on April 3rd. The film follows two teenage elf brothers as they go on a magical journey to bring their dad back to life.

You can now buy Onward for $24.99 on Google Play and iTunes or stream it starting on Disney+.

Star Wars: The Rise of Skywalker

The ninth and final installment in the Skywalker Saga will begin streaming on Disney+ on May 4th — two months earlier than planned so it can be available for Star Wars Day. In fact, the addition of The Rise of Skywalker means that you’ll be able to stream all Star Wars films together on one platform for the first time ever.

The film follows Rey and her friends as they try to stop Kylo Ren and a resurrected Emperor Palpatine from taking over the galaxy.

Stream The Rise of Skywalker here.

I Still Believe — This Christian romantic drama just arrived in theatres on March 13th before being set to head to digital on March 27th. The film is based on the life of American contemporary Christian music singer-songwriter Jeremy Camp and his wife Melissa Lynn Henning-Camp, the latter of whom must deal with ovarian cancer.

You can rent I Still Believe for $19.99 on Google Play and iTunes.

Bad Trip — Co-writer/producer/star Eric Andre’s hidden-camera comedy about two friends who travel around the country pulling pranks was supposed to open in theatres in April. Now, the film will stream exclusively on Netflix at a yet-be-confirmed date.

The Lovebirds — Kumail Nanjiani and Issa Rae’s romantic comedy was originally set to hit theatres on April 3rd but is now set to begin streaming exclusively on Netflix on May 22nd.

Sonic the Hedgehog — The video game icon’s first-ever live-action film is racing its way to digital on March 31st — about six weeks after coming to theatres. The movie follows Sonic as he teams up with a small town sheriff to stop the evil Dr. Eggman.

You can buy Sonic the Hedgehog for $24.99 on Google Play and iTunes.

Irresistible — Written and directed by comedian Jon Stewart, this political comedy was originally slated to hit theatres on May 29th but will now make its way to digital platforms on June 26th.

Irresistible follows a democratic political consultant as he helps a retired Marine colonel run for mayor in a small Wisconsin town.

You’ll be able to rent the film for $19.99 USD (about $28 CAD), although specific platforms and Canadian pricing haven’t yet been confirmed.

Bad Boys for Life — Will Smith and Martin Lawrence’s third buddy cop flick rolled into theatres on January 17th and cruises onto digital on March 31st. This time around, detectives Lowrey and Burnett investigate a series of murders tied to Lowrey’s troubled past.

You can buy Bad Boys for Life for $24.99 on Google Play and iTunes.

Bloodshot — Vin Diesel’s latest action movie releases on digital on March 24th — just over one week after hitting theatres. The Fast and Furious star plays a marine who gets killed-in-action, only to be revived with superpowers by an organization that wants to use him as a weapon.

You can buy Bloodshot for $19.99 on Google Play and iTunes.

The Gentlemen — Guy Ritchie’s return to the world of gangster flicks hit theatres on January 24th and will arrive on digital on March 24th. Matthew McConaughey stars as a marijuana kingpin as he fends off efforts to undermine his business.

You can buy The Gentlemen for $14.99 CAD on Google Play and iTunes.

My Spy — In his new action-comedy, Dave Bautista plays a CIA agent who has to look after the daughter of a family he was sent to survey. The shot-in-Toronto film briefly released in Canadian theatres on March 13th but is now streaming on Amazon Prime Video Canada.

Dolittle — The reboot of the Doctor Dolittle films (adapted from Hugh Lofting’s The Voyages of Doctor Dolittle) opened in theatres on January 17th and will premiere digitally on March 24th. While critically-panned, you (or your kids) may still want to see Robert Downey Jr.’s first post-Iron Man role as he goes on an adventure with talking animals.

You can buy Dolittle for $24.99 on Google Play and iTunes.

Emma — This adaptation of Jane Austen’s 1815 novel of the same name of 1815 released in theatres on February 14th and lands on digital on March 20th. Anya Taylor-Joy stars as Emma, a young woman who interferes in the love lives of her friends.

The Hunt — Universal’s so-controversial-it-was-delayed-out-of-2019 satirical thriller is available on digital on March 20th, a mere one week after its March 13th theatrical debut. Loosely based on Richard Connell’s 1924 short story, The Most Dangerous Game, The Hunt follows a group of elites as they hunt 12 lower-class conservatives.

The Invisible Man — This contemporary adaptation of H.G. Wells’ 1897 science-fiction novel of the same name (which was itself turned into a film series in the ’30s) comes to digital on March 20th, following its February 28th theatrical opening. Elisabeth Moss stars as a woman who, after the apparent suicide of her abusive husband, becomes convinced that he is stalking her.

You can rent The Invisible Man for $19.99 on Google Play and iTunes.

The King of Staten Island — Judd Apatow’s next comedy film was supposed to come to theatres on June 19th but is heading straight to digital on June 12th instead.

The film stars Pete Davidson in his first lead film role as a petulant young man who must grapple with childhood grief and move forward with his life.

Trolls World Tour — The sequel to 2016’s animated musical comedy will release on April 10th in both theatres (at least, whichever remain open) and on digital. This time around, Poppy and Branch discover there are six different Troll tribes around the world dedicated to various musical genres.

You can rent Trolls World Tour for $19.99 on Google Play and iOS.

You Should Have Left — From writer-director David Koepp (Jurassic Park) comes a new horror film about a struggling married couple and their daughter who go on a vacation, only to suspect a sinister force in the house.

The Kevin Bacon- and Amanda Seyfried-led film is coming straight to digital on June 19th, although specific platforms and pricing have not yet been confirmed.

Birds of Prey and the Fantabulous Emancipation of One Harley Quinn — One of the “oldest” movies on this list, the Margot Robbie-led superhero team-up comes to digital on March 24th, following its February 7th theatrical debut. Follow Harley Quinn as she breaks away from the Joker and goes up against Gotham’s deadliest criminals with the help of a cop, vigilante and singer.

Just Mercy — Following a wide release on January 10th, the Michael B. Jordan-led legal drama will release digitally on March 24th. Just Mercy tells the true story of Bryan Stevenson, an attorney who fights to exonerate a wrongfully-convicted African-American man.

You can buy Just Mercy for $24.99 on Google Play and iTunes.

Scoob! — Scooby Doo and his friends race to stop a plot to unleash the ghost dog Cerberus upon the world. The animated family film was set to hit theatres on May 15th but will now come straight to digital platforms on that date instead.

The Way Back —  Originally released in theatres on March 6th, Ben Affleck’s new sports drama drops on digital on March 24th. Affleck stars as an alcoholic construction worker who goes back to his old high school to coach a basketball team.

Are you planning on streaming any of these films? Let us know in the comments.

Meanwhile, find out some of the newest content to hit Canadian streaming services here.