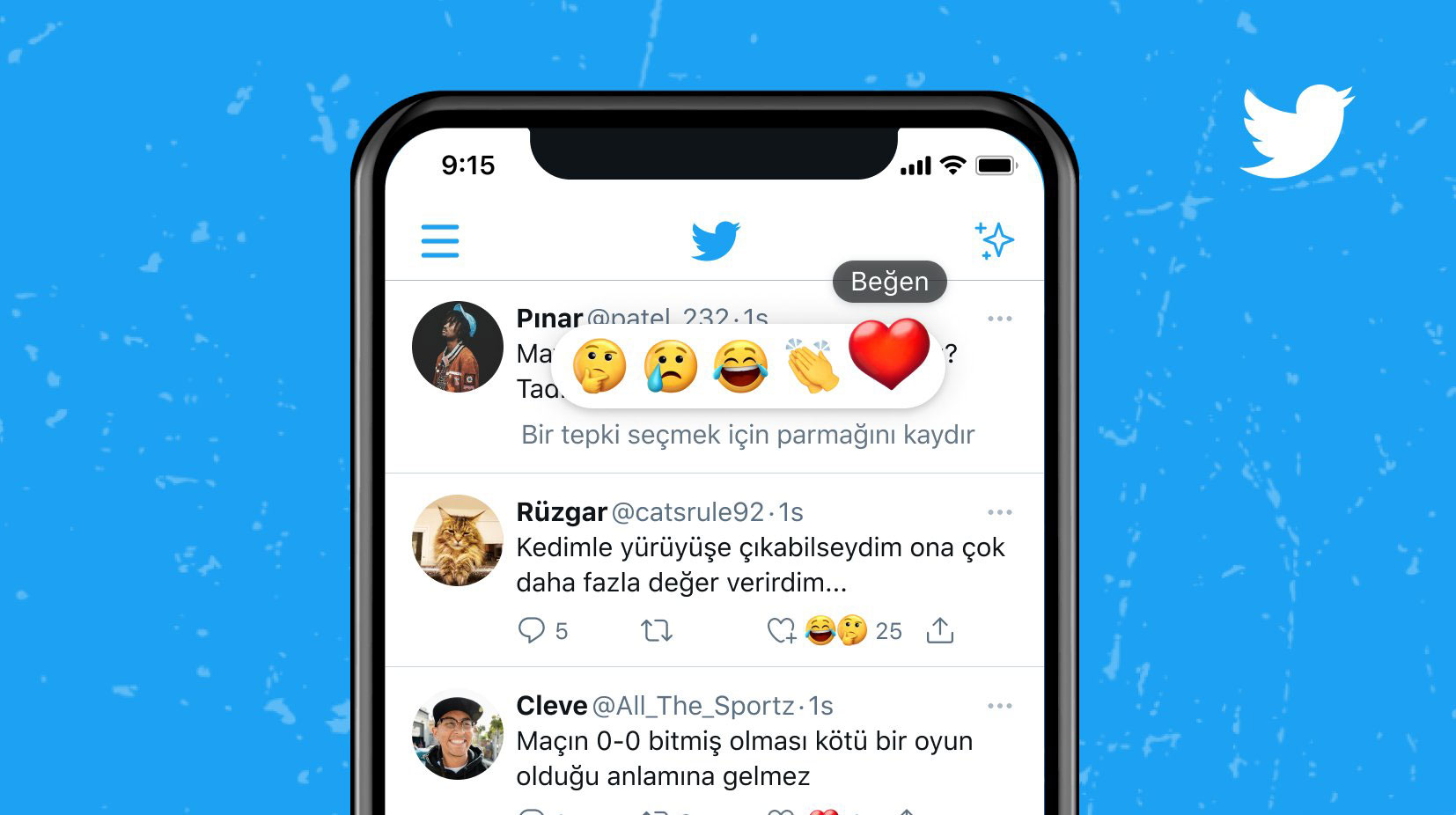 Twitter is currently testing out Facebook-style emoji reactions for users in Turkey for a limited time.

While the new reactions are currently only available to users in Turkey, Twitter says that it could expand the test feature to other places.

This new feature comes after Twitter surveyed users in March about how they’d respond if the site adopted a Facebook-like approach to interacting with tweets, as well as which emojis they’d want to use the most.

According to Twitter, the ‘tears of laughter’ face emoji is the most used emoji in Tweets. Some users stated that negative feelings such as irritation and rage (😡) after reading tweets are common, but Twitter has not included those emojis in its experiment for the time being. “Our goal is always to support healthy public conversation and we want to see how our current set of emoji will impact conversations,” the company said in its press release.

Twitter is also hoping that the new feature and the positive emojis would increase happy sentiments on the platform, which is otherwise notorious for toxicity.

Twitter users in Turkey can now use the new feature to express how they feel via emojis on the Twitter app on iOS and Android smartphones and on the web.

Twitter has been going hard with updates and test experiments in the last few weeks, including the ability to hide old Tweets, edge-to-edge media on your feed, themed discussion groups called ‘Communities,’ removing followers without blocking them, a new Safety Mode and pay-to-view content with new ‘Super Follows’ feature.