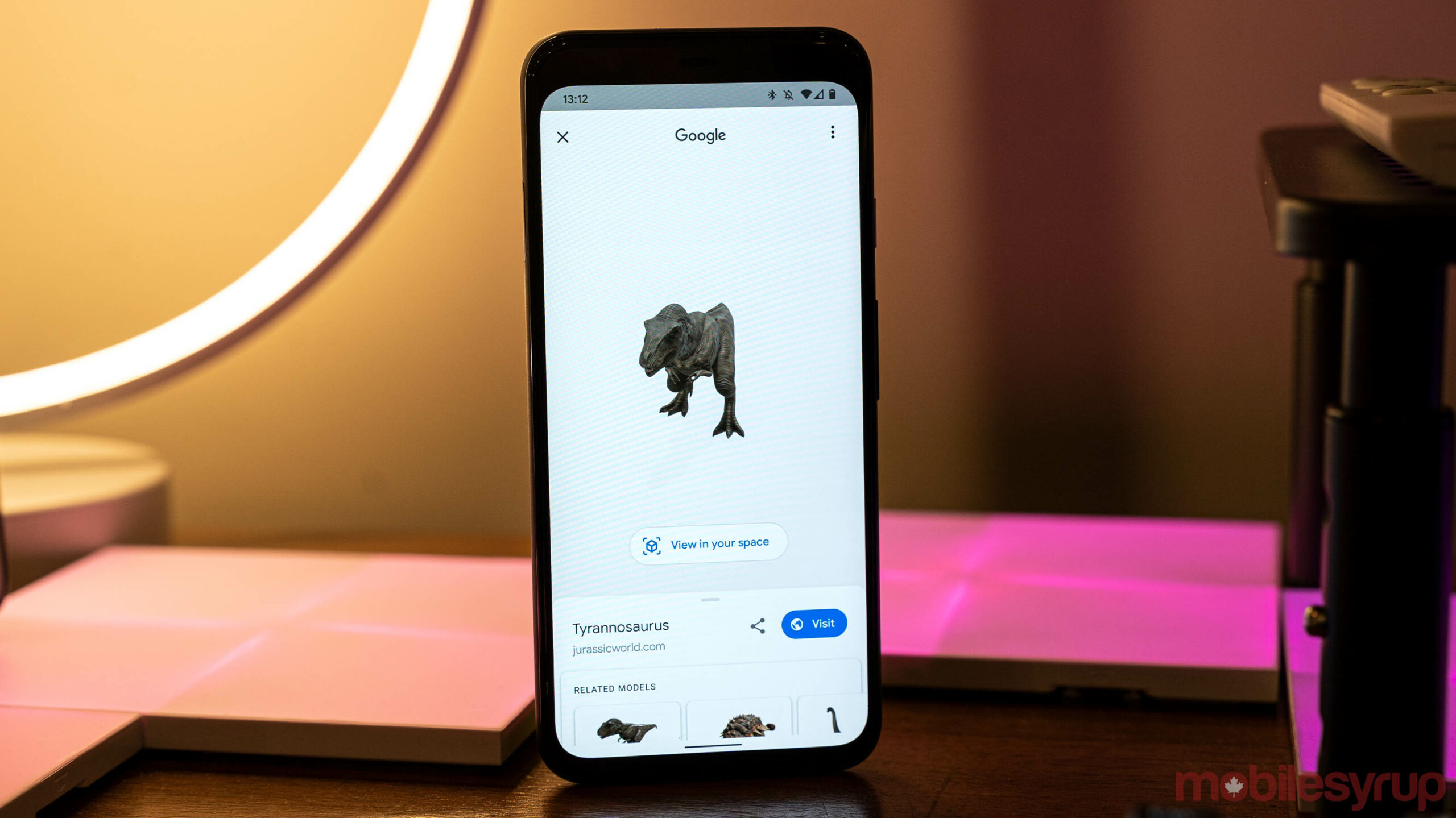 If you’re a big fan of Jurassic Park, you’ll probably get a kick out of looking up T-Rex on Google.

Over the last year or so, Google has steadily added a number of animals and other cool things like astronauts to its augmented reality (AR) search system. Users can look up a variety of creatures and creations, such as tigers and sharks or skeletons and mitochondria, the powerhouse of the cell.

As with the other AR animals, users can view a 3D model on their device or select the option to ‘View in your space’ to place the dinosaur in the real world. When you pick this option, it places a life-sized model of the dinosaur. Depending on your dino of choice, it can be tricky to place one in your living room, so you may want to try this outside. 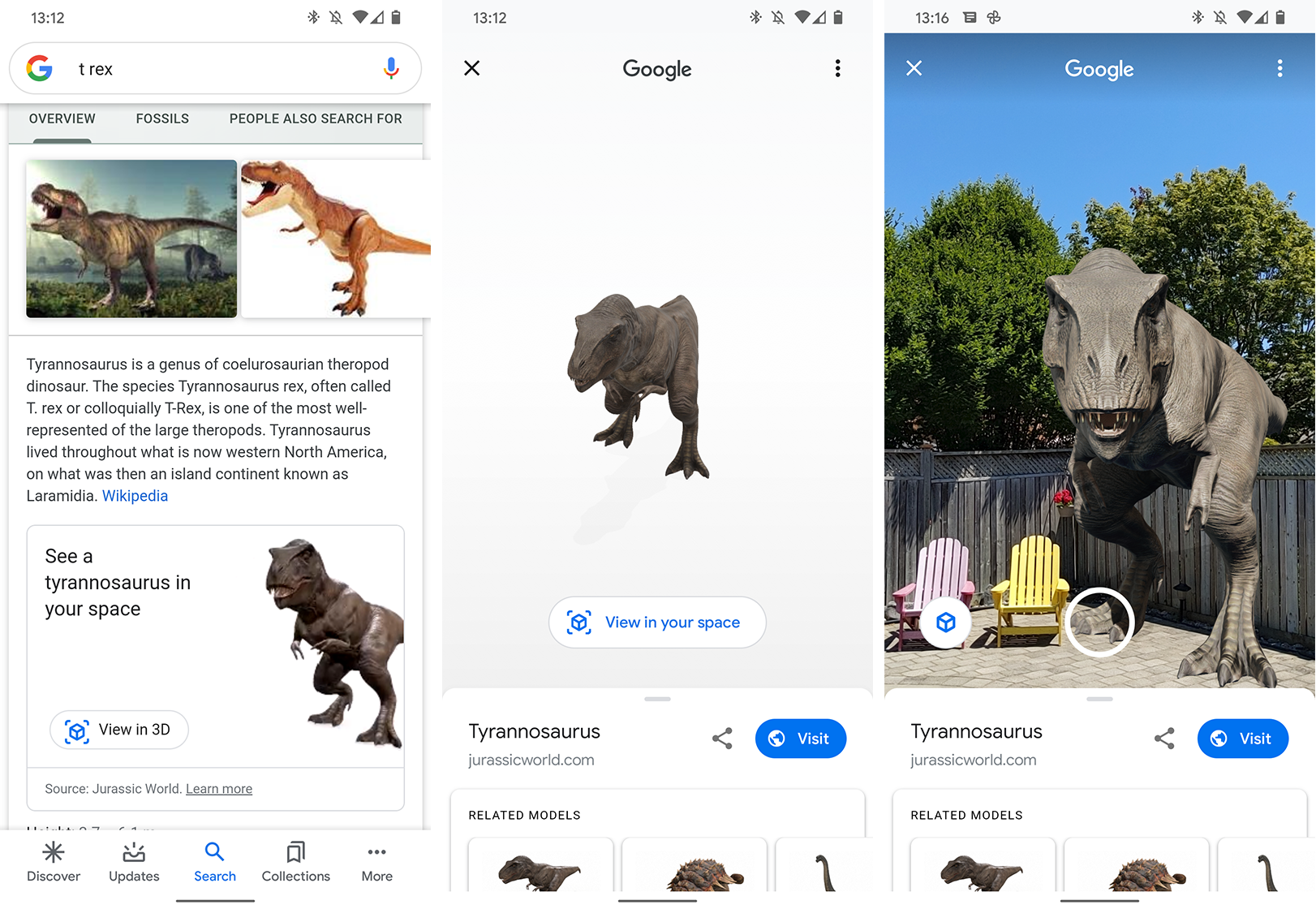 Google says its AR tech is smart enough to auto-scale the models based on the size of your environment, but it has a tendency to misjudge, which has lead to humourous clips of giant ducks marching around people’s homes.

Still, the fact that you can put a T-Rex down in your backyard and see it up close is really cool. If nothing else, it could be a fun way to entertain the kids for an hour or two.

Unfortunately, not every phone supports AR animals. Android users need a device with support for ARCore — you can view a full list of supported devices here. Thankfully, most modern phones should work. If you’re on iOS, you’ll need a device with iOS 11 or later, which should be the majority of you based on recent stats from Apple.

Finally, you’ll need to look up one of the listed dinosaurs using either the Google app or through Google Search in a supported browser. Chrome should work fine on both iOS and Android, and Safari works well on iOS in my experience. Your mileage may vary with other browsers.