You can even place an AR mitochondria in your living room 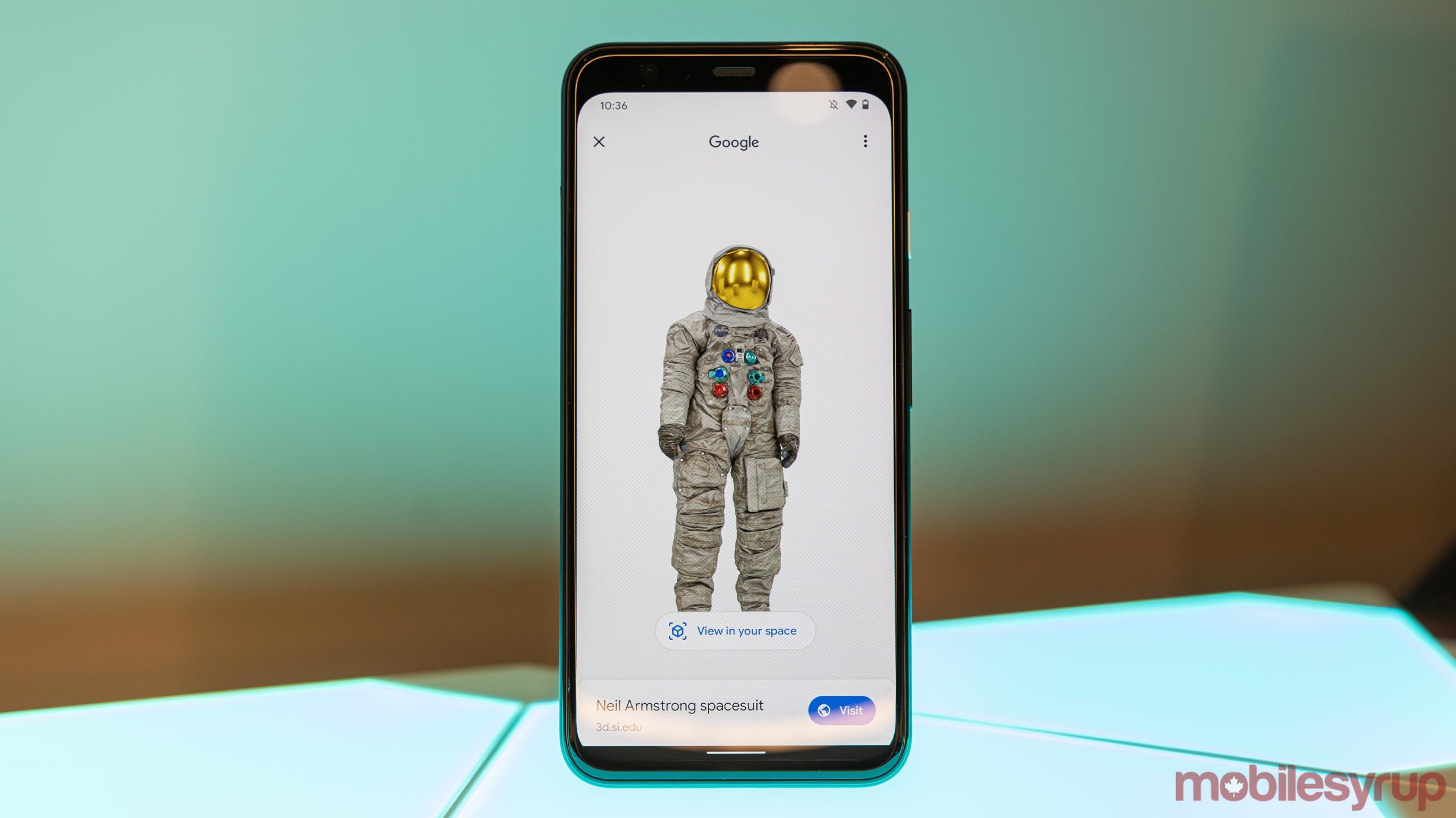 Over the last year, Google rolled out and expanded on its augmented reality (AR) search feature. While it mostly consisted of 3D animal models users could ‘place’ in their living room using AR, the search giant is stepping it up in a big way.

In a blog post, the company outlined several new AR search items that users can interact with, including skeletons, astronauts and more.

First up, Google says it partnered with BioDigital to bring 11 human body systems to ‘AR in Search’ on mobile. That means you can search for things like the ‘human digestive system,’ ‘respiratory system,’ nervous system’ and more to view AR models. Like with the AR animals, users can choose to view these in their space.

Further, some of the models include labels for different parts. The skeleton model, for example, labels different bones like the skull, spine, rib cage and more.

Additionally, Google partnered with Visible Body to create AR animal, plant and bacteria cells. Users can look up “animal cell” and zoom in to see how the nucleus stores DNA. Alternatively, users can view the mitochondria and see what’s inside the powerhouse of the cell.

Finally, Google is bringing some popular museum exhibits to your living room. Users can look up Apollo 11 to see the command module in 3D or Neil Armstrong to get a life-size view of his spacesuit. If space isn’t your thing, you can also lookup Chauvet Cave to get a close look at some of the world’s oldest known cave paintings.

If you’re curious to see what other AR items you can check out through Google Search, head to this help page which details every AR model available.

To view AR in Search, you’ll need either a smartphone or tablet with a camera running Android 7 or higher that supports ARCore (a full list is available here). If you’re on iOS, you’ll need an iPhone 6s or later and need to be on iOS 11 or newer. You’ll also need to use Safari or Chrome to view the AR models.