OnePlus 7 Pro Review: One for the fans 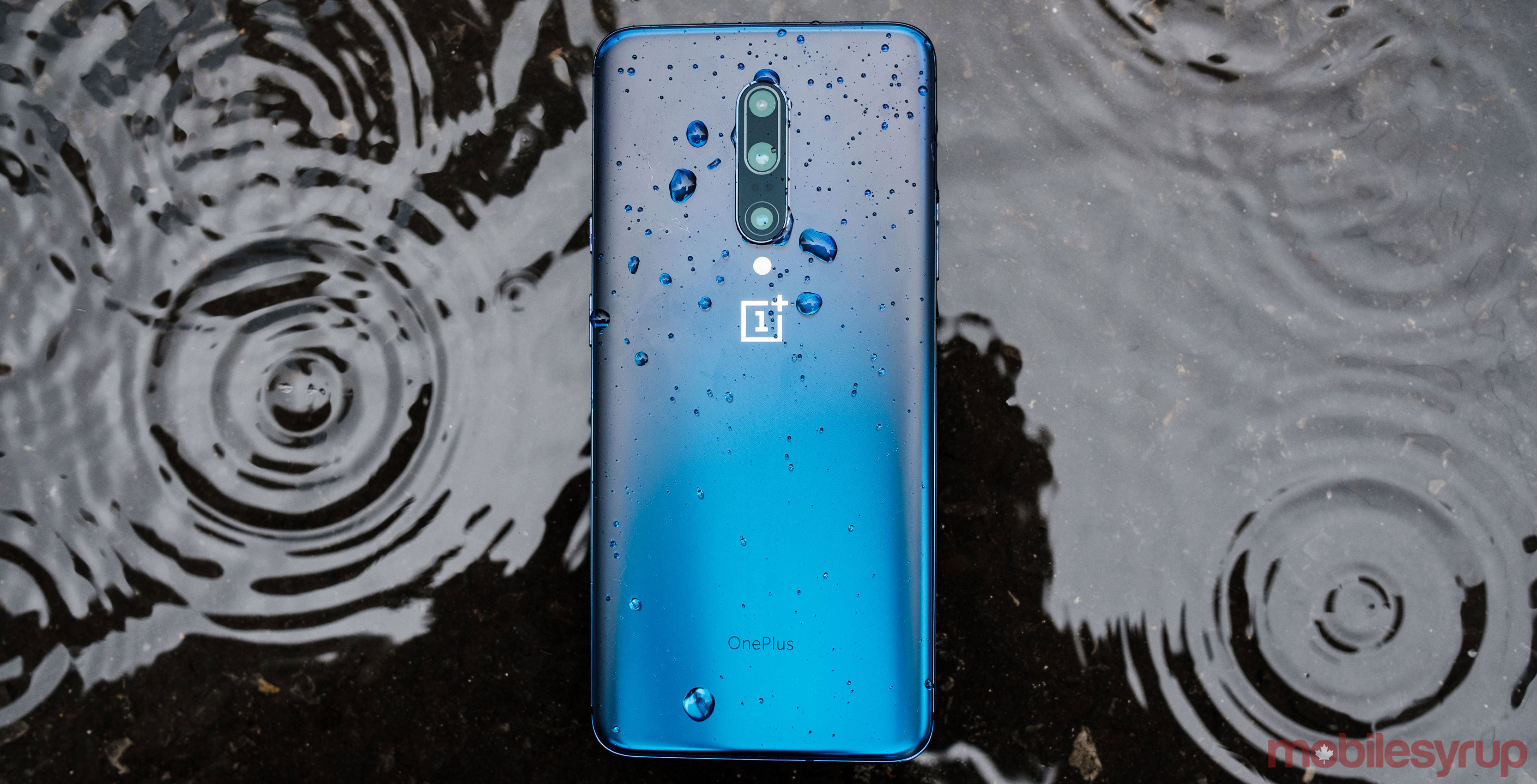 More than a phone, the OnePlus 7 Pro is a declaration: a statement that OnePlus can compete with the best in the smartphone world and do so on its own terms.

The 7 Pro takes the OnePlus formula to its logical extreme. It’s a big phone with big specs, big features, and a big price to match. Whether it’s a phone you’ll want to buy will depend on if you’ve already bought into the company’s vision. 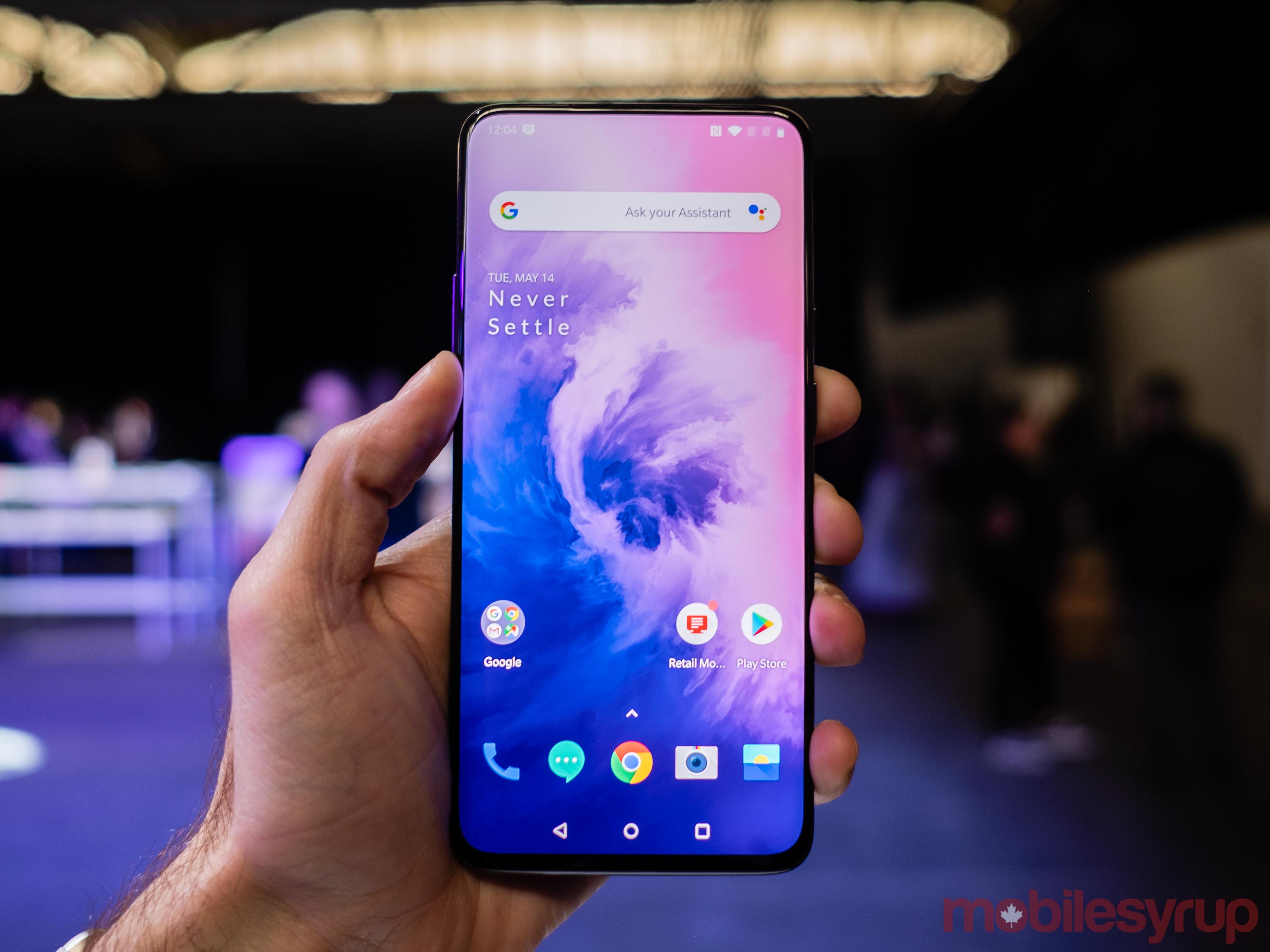 I don’t think I can start this review without first writing about the price of the 7 Pro. Since price, for better and worse, is going to inform a lot of my thoughts on the phone.

To put the price of the 7 Pro in context, OnePlus has priced the 8GB/256GB model to compete against the Apple iPhone XR and Samsung Galaxy S10e. When not discounted through frequent promotions, those two smartphones start at $1,029 and $1,125, respectively. 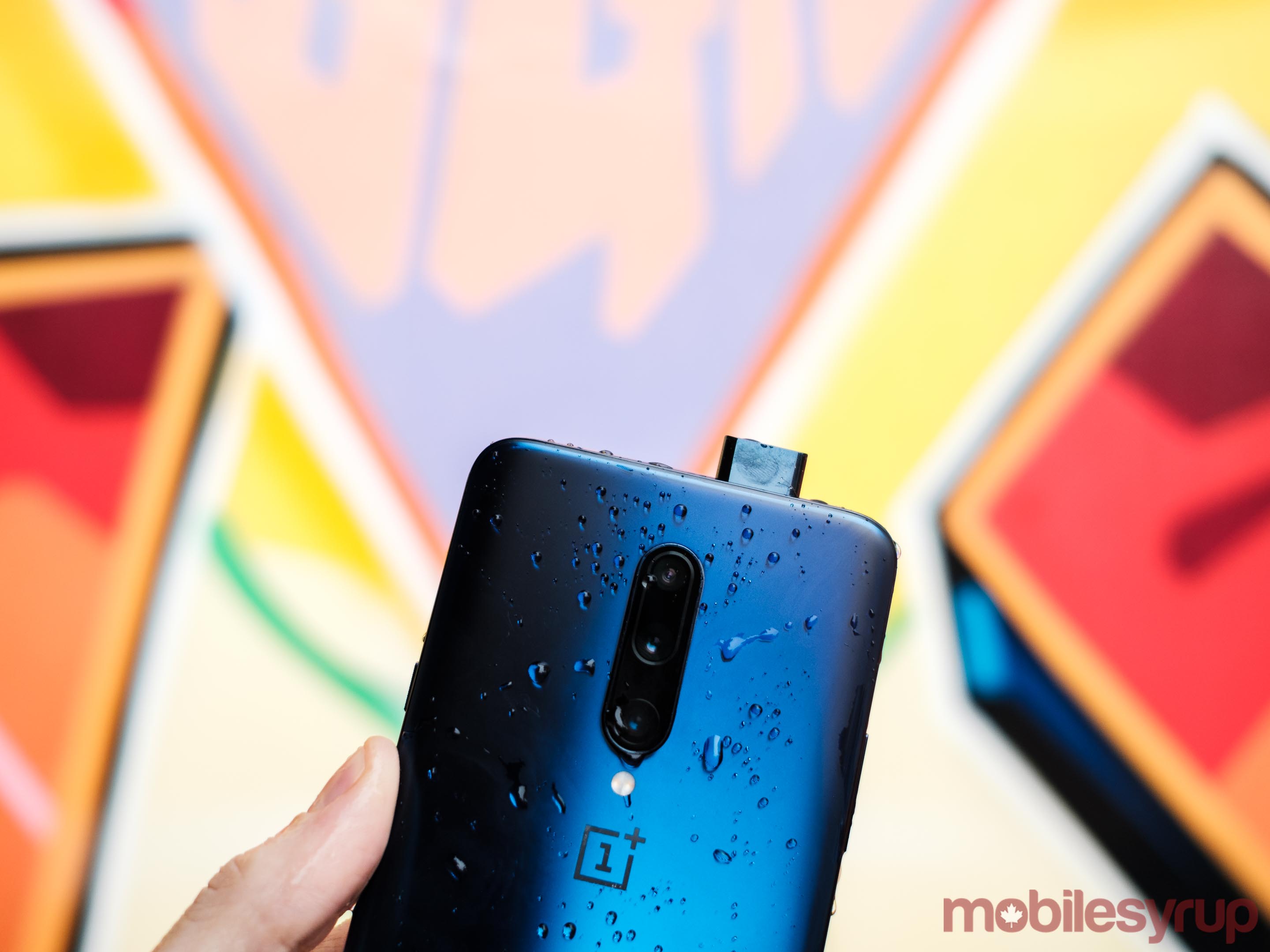 The OnePlus 7 Pro is a big phone.

Its display, at 6.67-inches, is the largest on any smartphone available in Canada.

It’s not only the screen that’s big, either. At 8.8mm thick, the OnePlus 7 Pro is almost full millimetre thicker than the already chubby Galaxy S10+.

I’ll probably be in the minority here, but the size of the 7 Pro, combined with the fact its screen is curved, made me feel the phone was less usable than I would have liked. I’ve experienced multiple situations where I’ve accidentally tapped something on the bottom of the display with the palm of my hand.

It’s a shame since everything else about the display is stellar.

For the first time, OnePlus has shipped a QHD resolution panel. The new display is sharp, with true-to-life colours that are beautifully vibrant.

The best part of the display, however, is the new 90Hz refresh rate. It’s not a feature that’s unique to the OnePlus 7 Pro — the iPad Pro, for instance, features a 120Hz display — but it does differentiate the phone against more mainstream flagships.

Moreover, it makes every part of the OxygenOS experience feel smoother and more responsive. After using the 7 Pro, I find it hard to go back to a smartphone with a 60Hz display. It’s possible to limit both the refresh rate and resolution to save battery life.

Display and size aside, the design of the OnePlus 7 Pro doesn’t stray far from the OnePlus 6 and 6T. Like its older siblings, the 7 Pro features an all-glass design. I haven’t accidentally dropped the phone, but I get the sense even a single tumble could spell disaster to its exterior.

Unlike past OnePlus flagships, the OnePlus 7 Pro is available in more than two black colour options at launch. This time around, OnePlus is offering the 7 Pro in ‘Mirror Gray’ and ‘Nebula Blue.’ Post-launch, the company plans to sell the phone in a third colour called ‘Almond.’

The model pictured throughout this review is the Nebula Blue variant.

Great battery life — with a catch 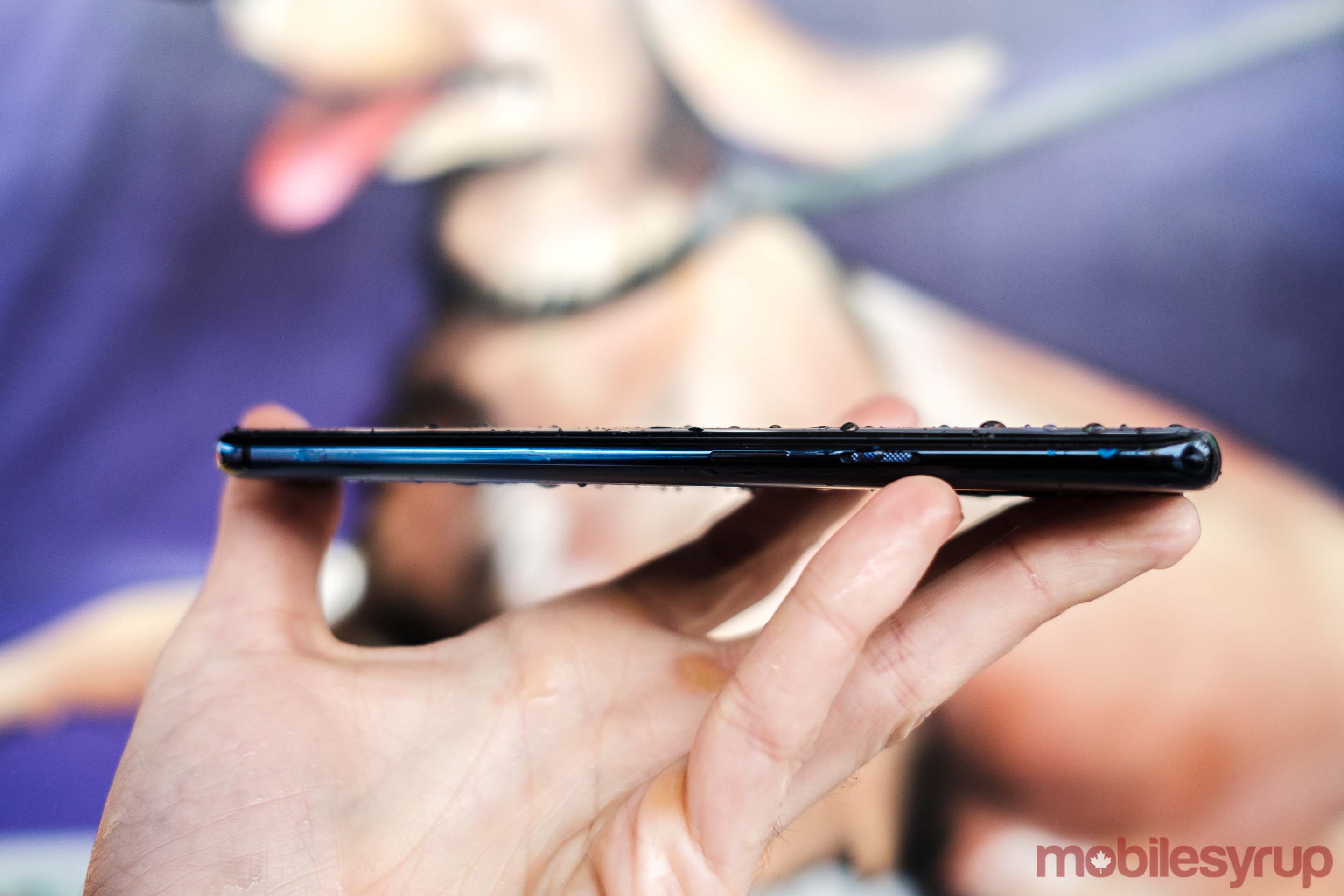 At 4,000mAh, the OnePlus 7 Pro features the biggest battery OnePlus has ever included in one of its phones.

To put the size of the OnePlus 7 Pro’s battery in perspective, it’s 7.8 and 19 percent bigger than the power cells that OnePlus built into the OnePlus 6T and OnePlus 6.

That said, battery life is very much dependent on screen use.

One day, part way through my first week with the OnePlus 7 Pro, I went to bed at 10:22pm with the battery registering in at 52 percent. My usage that day included two hours and 18 minutes of screentime, and that also included listening to music throughout the day through Bluetooth headphones. When I woke up the next morning, the battery had drained only an additional four percent. In other words, it’s possible to get a full day-and-a-half from the 7 Pro’s power source when using the screen moderately.

As I mentioned earlier, the OnePlus 7 Pro allows you to eke extra life from its battery by limiting the refresh rate of the display to 60Hz and resolution to 2336 x 1080 pixels. When I used the phone like this, I got 36 hours out of the 7 Pro’s battery before I had to charge it at 15 percent. That said, I wouldn’t recommend using the phone this way; the reason to pay the premium on the 7 Pro is the 90Hz display.

When it comes time to charge the phone, the 7 Pro comes with OnePlus’ new 30W Warp Charge power adapter. The OnePlus 7 Pro does not support wireless charging.

As has been the case with past OnePlus phones, I found I didn’t particularly miss that I couldn’t wirelessly charge the 7 Pro thanks to its large battery and how fast Warp Charge is at topping up the phone. That said, the fact the 7 Pro doesn’t include wireless charging, even if it’s a “far inferior” technology, feels inexcusable, at the very least disappointing now that OnePlus is competing at the price level of the iPhone XR and Galaxy S10e. And both of the phones the 7 Pro is competing against have wireless charging capabilities. 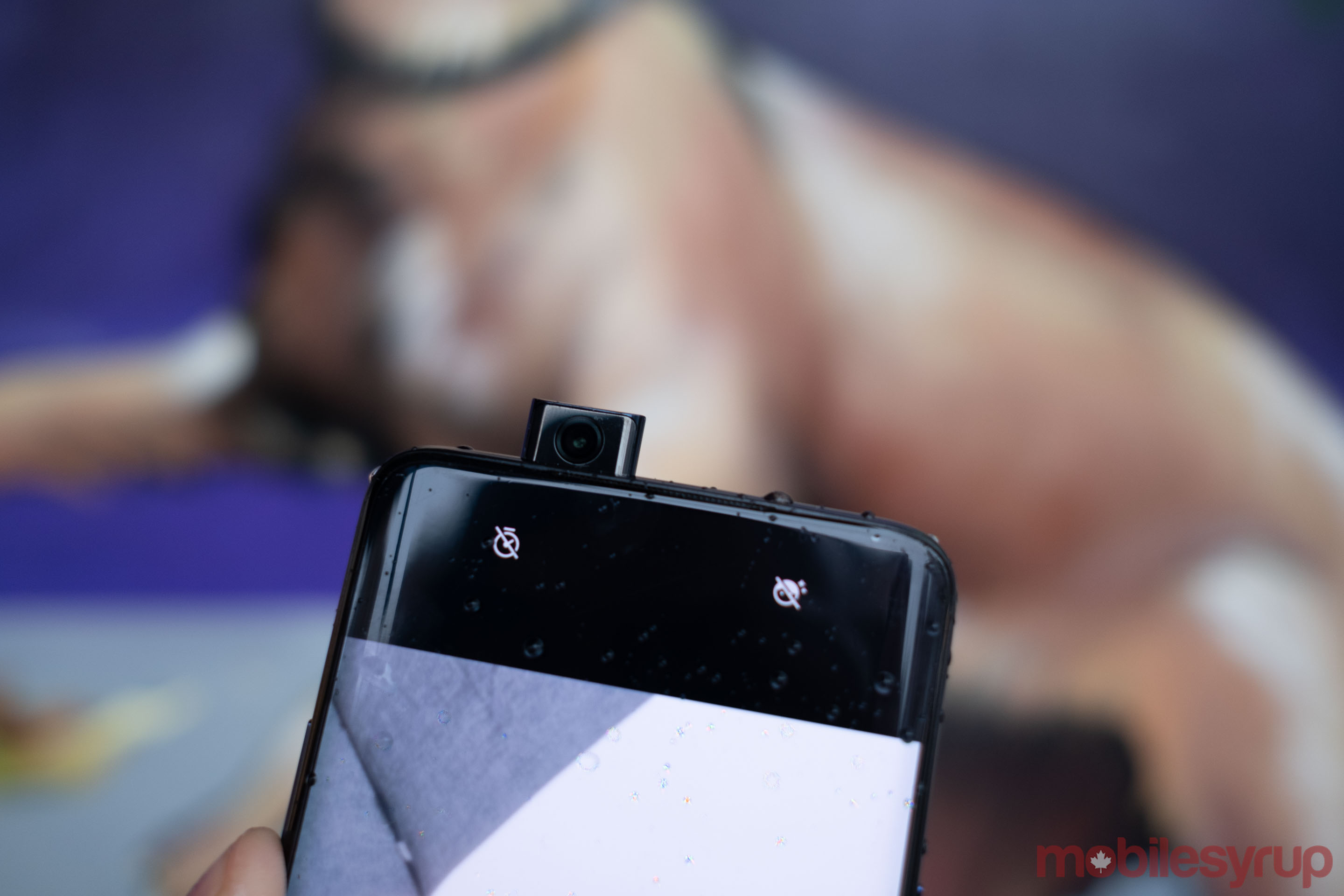 It should come as no surprise, but the OnePlus 7 Pro is one of the fastest phones I’ve used in 2019.

It features the latest top-of-the-line Qualcomm processor, the Snapdragon 855, and up to 12GB of RAM. The review unit OnePlus provided to MobileSyrup came with 12GB of RAM. It’s possible to configure the phone with a more reasonable 6 or 8GB of RAM, as well.

The OnePlus 7 Pro is also the first phone to ship with UFS 3.0 storage. Consumers can configure the phone with either 128 or 256GB of internal storage.

All of that combines to create a phone that doesn’t skip a beat. Apps launch instantaneously and using the Overview menu to switch between apps is one of the simple pleasures of the 7 Pro.

Using a Fido SIM, the OnePlus 7 Pro’s Qualcomm X24 modem consistently delivered download speeds between 150 and 180Mbps when I tested it with Ookla Speedtest in downtown Toronto.

Not content to only make one of the fastest phones currently available, OnePlus has polished other aspects of the user experience.

Most notably, the OnePlus 7 Pro features a new and improved optical sensor. Not only is the new sensor faster at authenticating a fingerprint, but it’s more accurate, as well. Compared to when I used the OnePlus 6T last year, there’s not a single instance in which the new in-display sensor hasn’t correctly authenticated my fingerprint on a first attempt.

Another welcome change is that OnePlus has finally invested in better haptics. While not as good as what’s available on other Android phones like the Pixel 3, the new haptics doesn’t feel like the smartphone equivalent of a dentist’s drill anymore, and they add something significant moment-to-moment experience of using the phone.

OnePlus’ best, most versatile camera yet 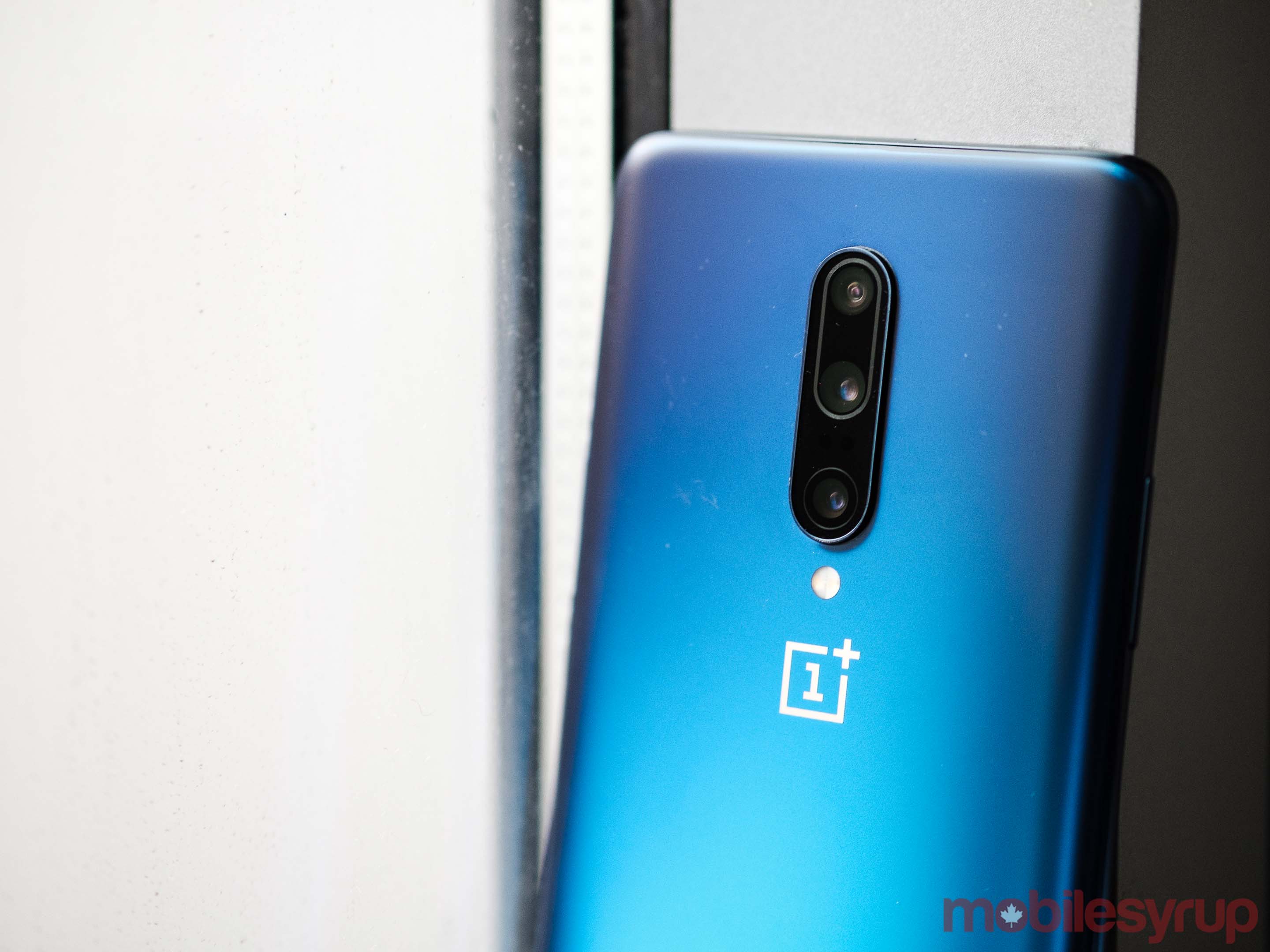 With the 7 Pro, OnePlus has significantly improved on the camera it shipped with the 6T.

A lot of that has to do with the versatility of the 7 Pro’s main camera system, which consists of three lenses at three very different focal lengths.

Essentially, the OnePlus 7 Pro includes a lens for every photographic situation. Of the three lenses, the highlight for me was the zoom lens. While not as technically impressive or capable as the P30 Pro’s zoom lens (and its accompanying 10x hybrid zoom), the 3x adds a lot to the capabilities of the 7 Pro’s camera. Moreover, it’s a bit easier to use than the P30 Pro’s zoom since the field of view isn’t so extreme.

OnePlus has also reworked its imaging pipeline. Straight out of the camera, photos are detailed and feature with just the right amount of saturation. The critical point here is the new pipeline doesn’t attempt to overcook photos with sharpening and too much colour.

The camera can still struggle when there’s limited light, increasing sensor sensitivity to the point where images start to lose detail and definition, and I have noticed the 7 Pro tends to blow highlight detail when faced with a scene that demands a lot of dynamic range.

It should be noted that my thoughts on the camera though are preliminary. 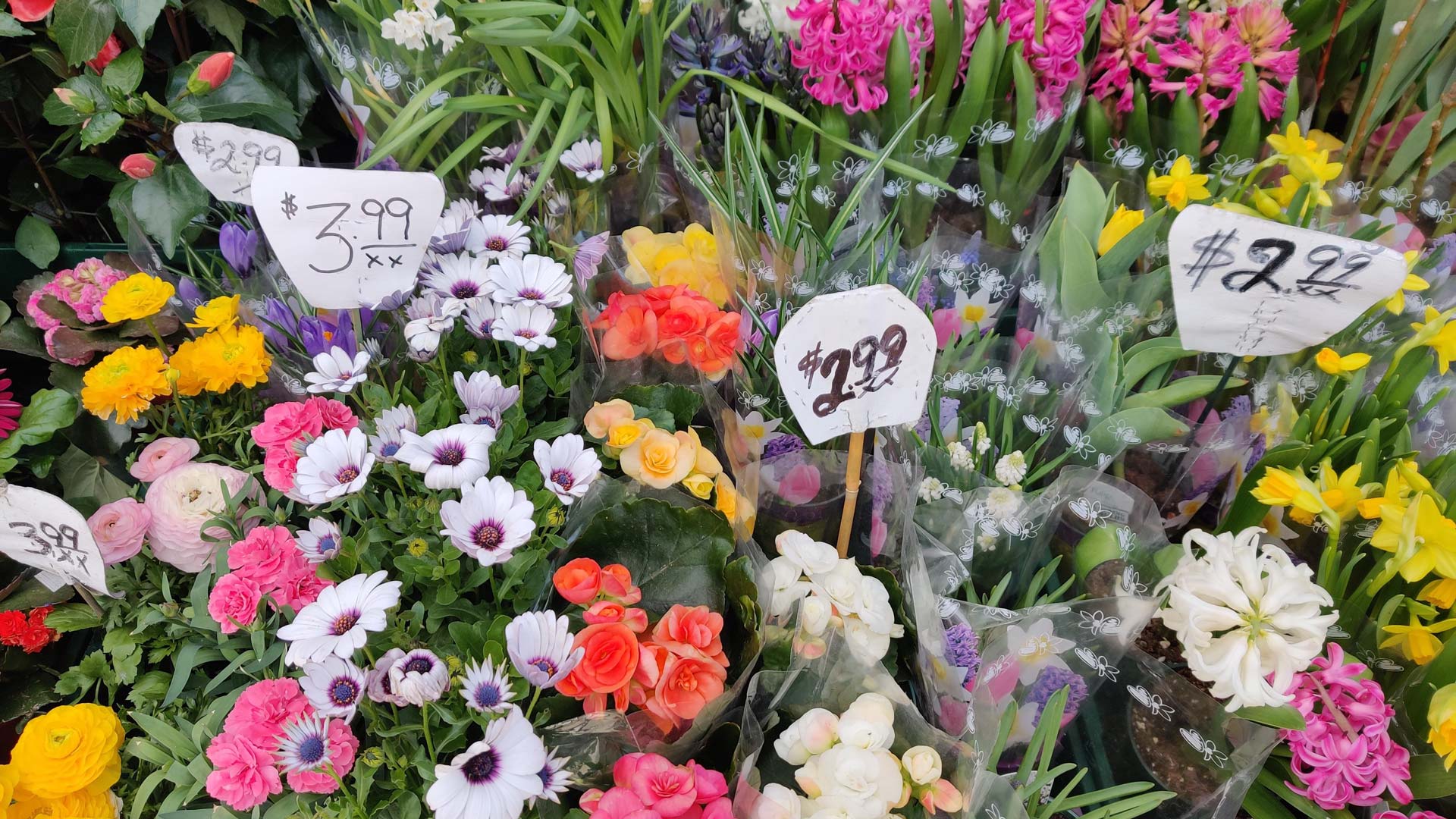 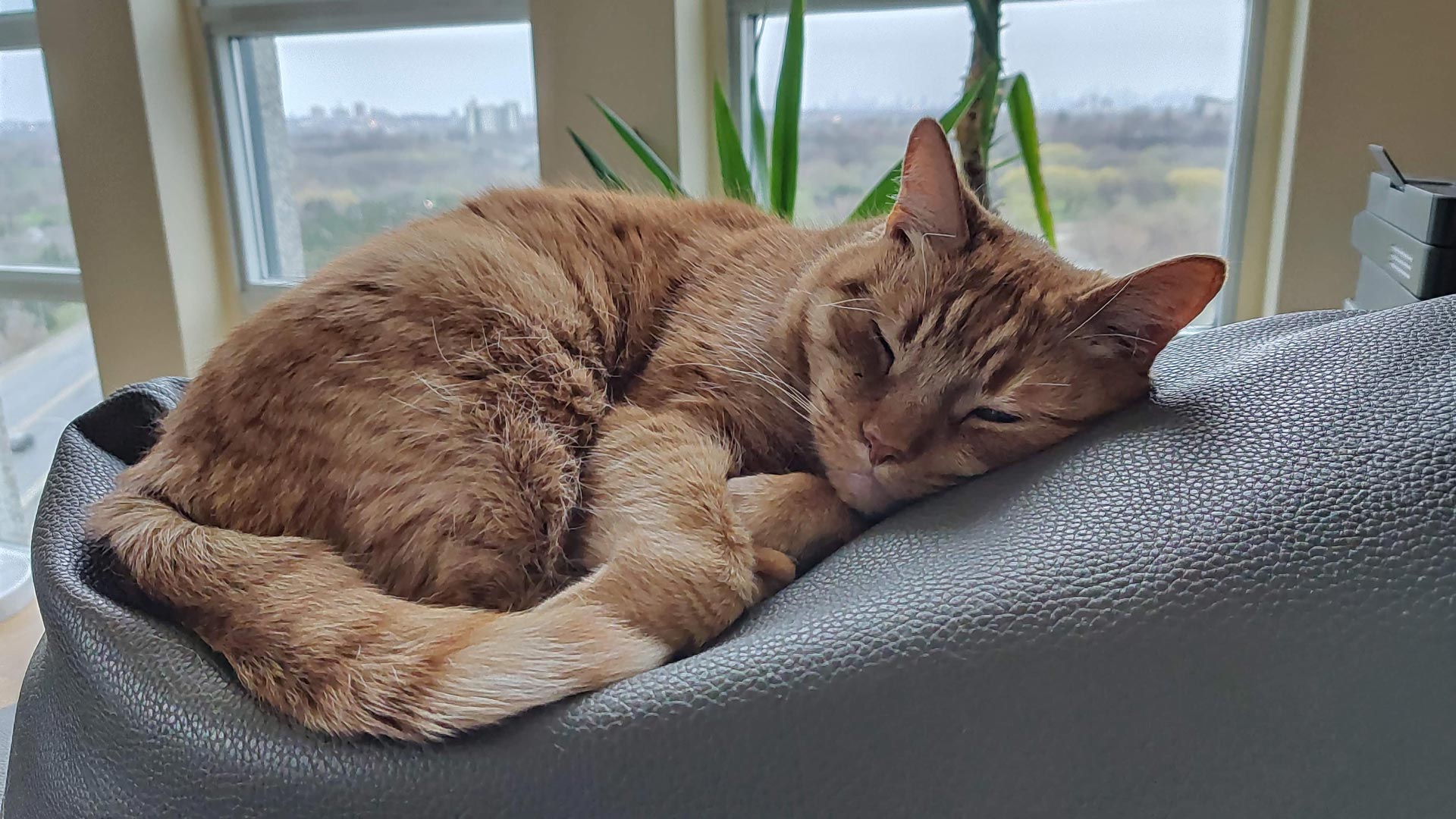 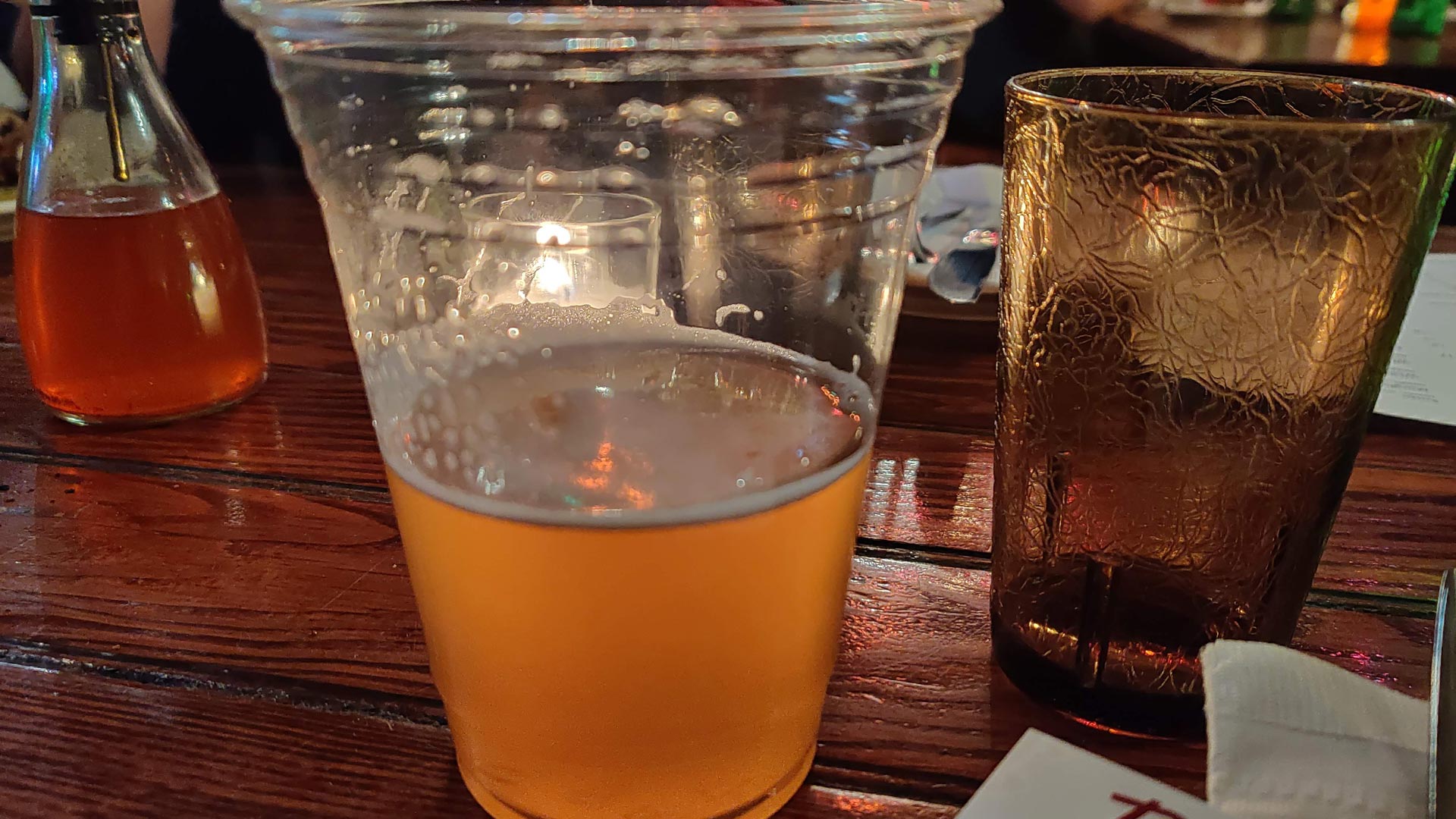 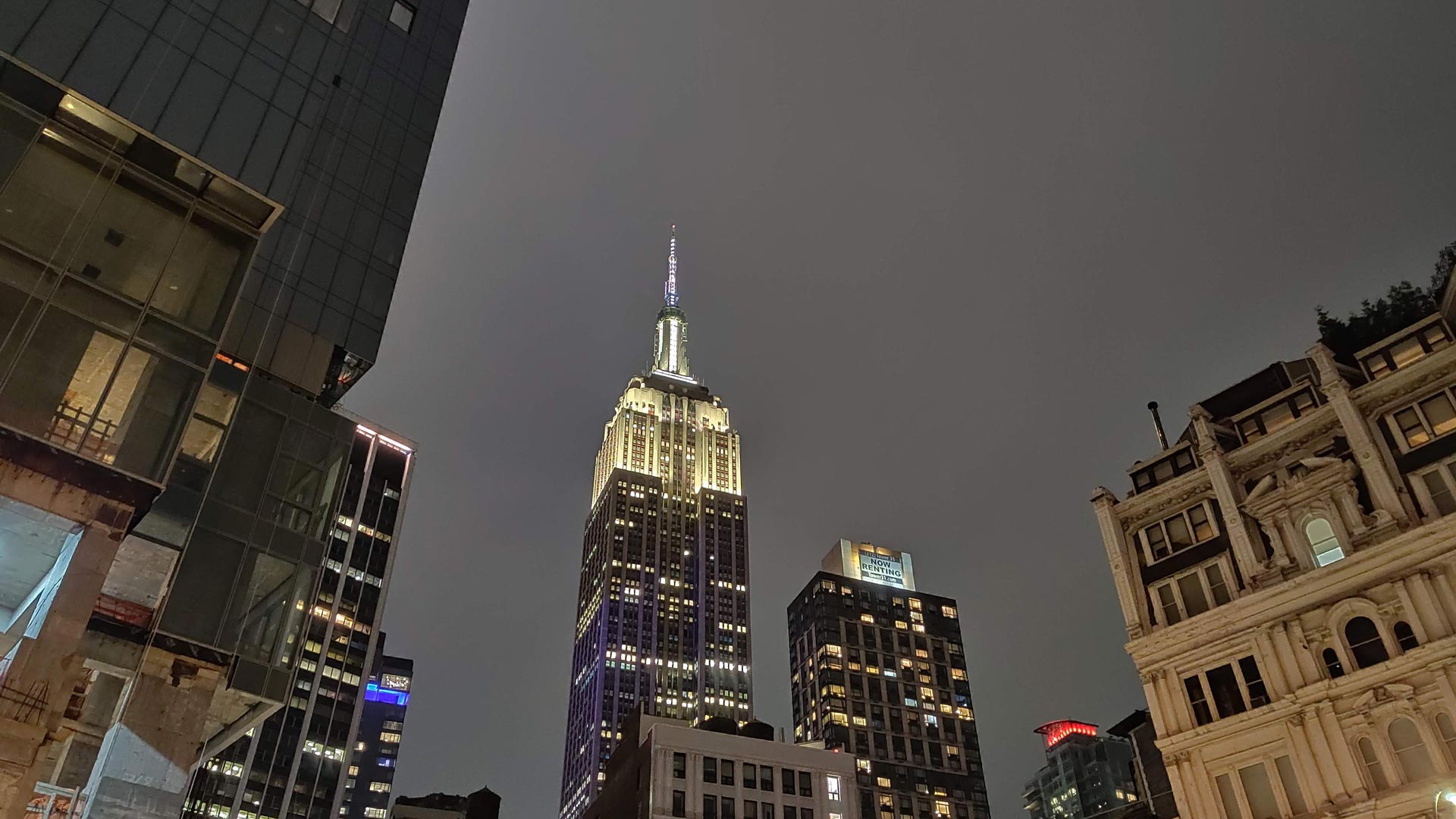 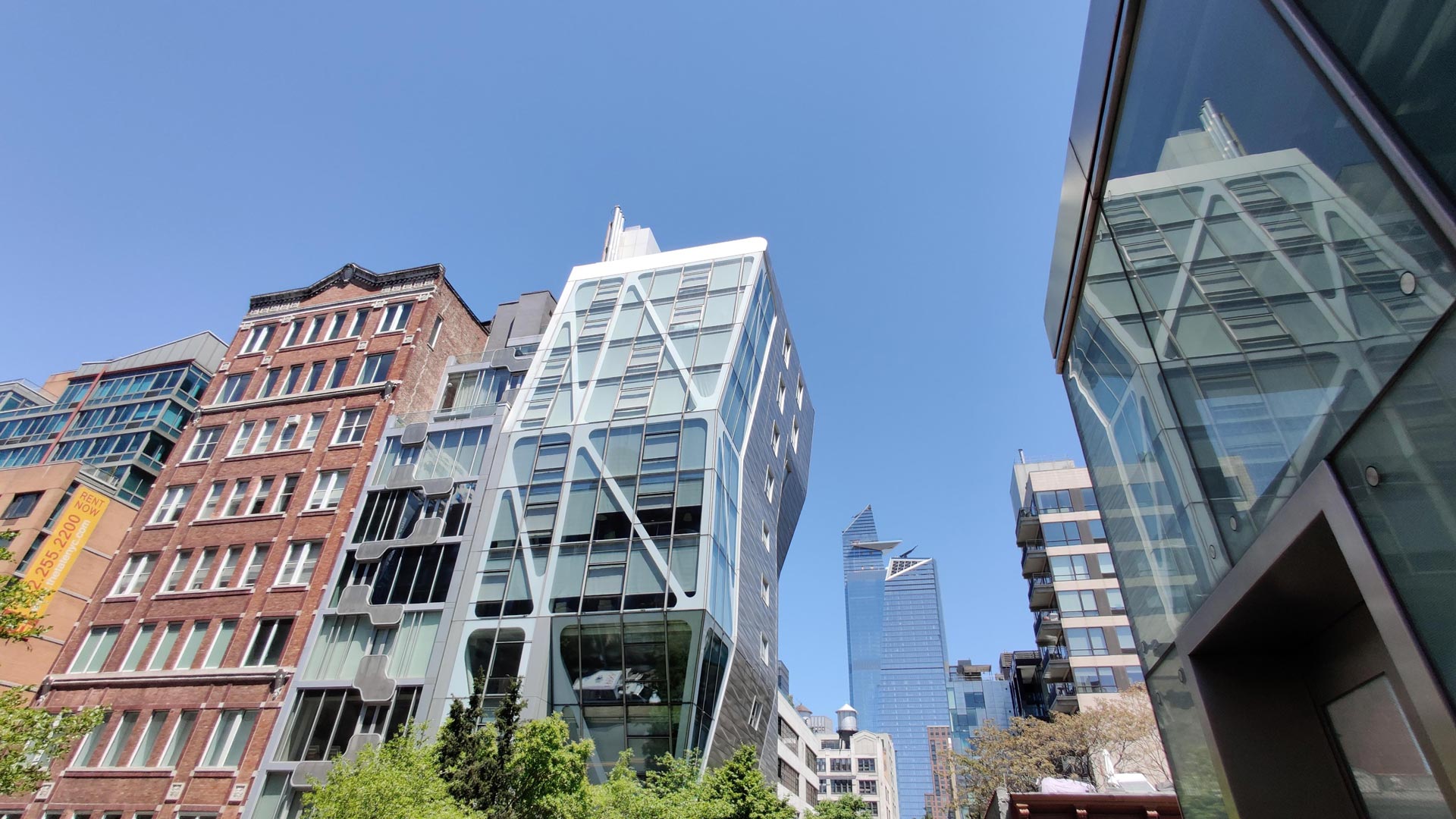 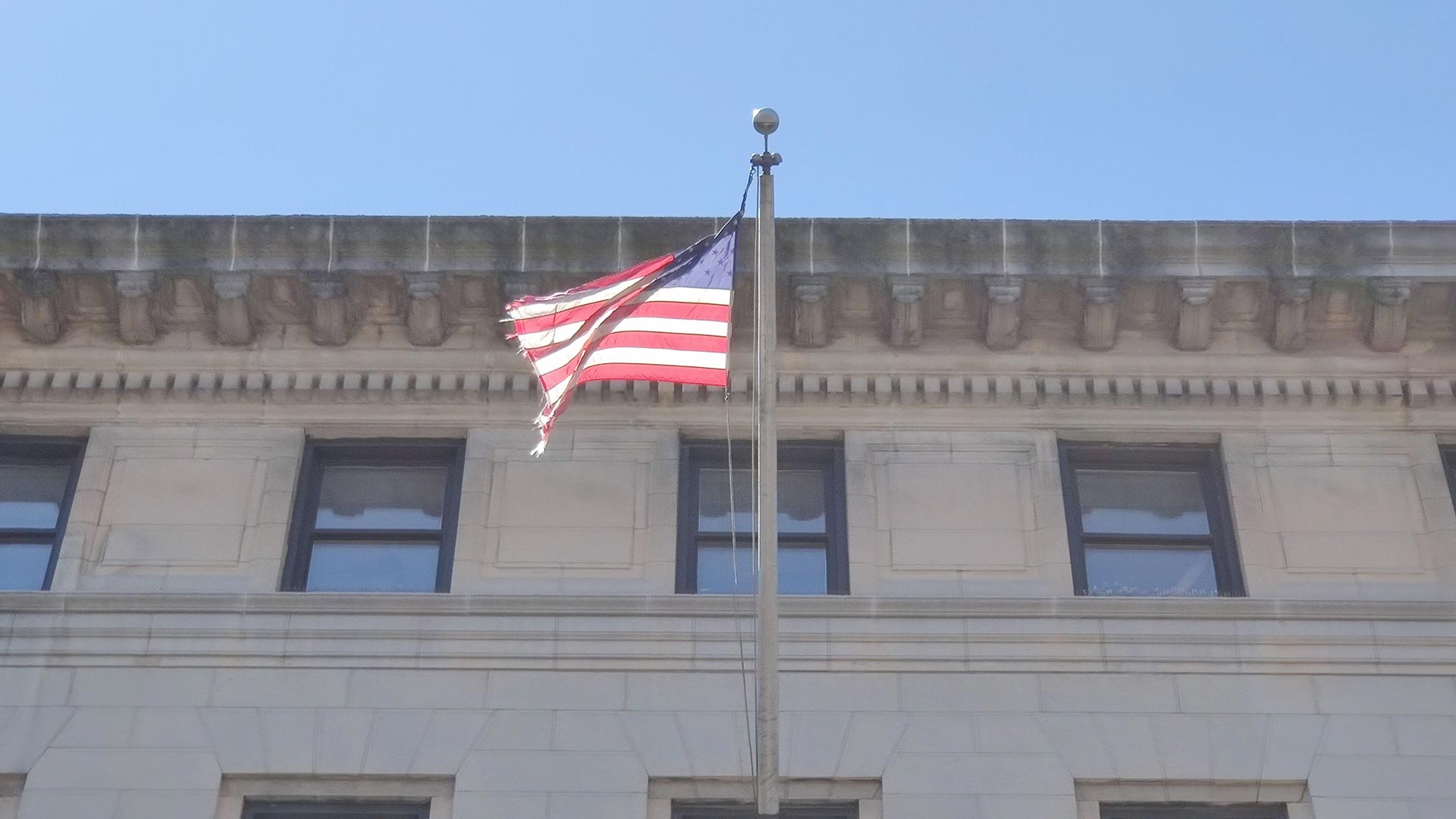 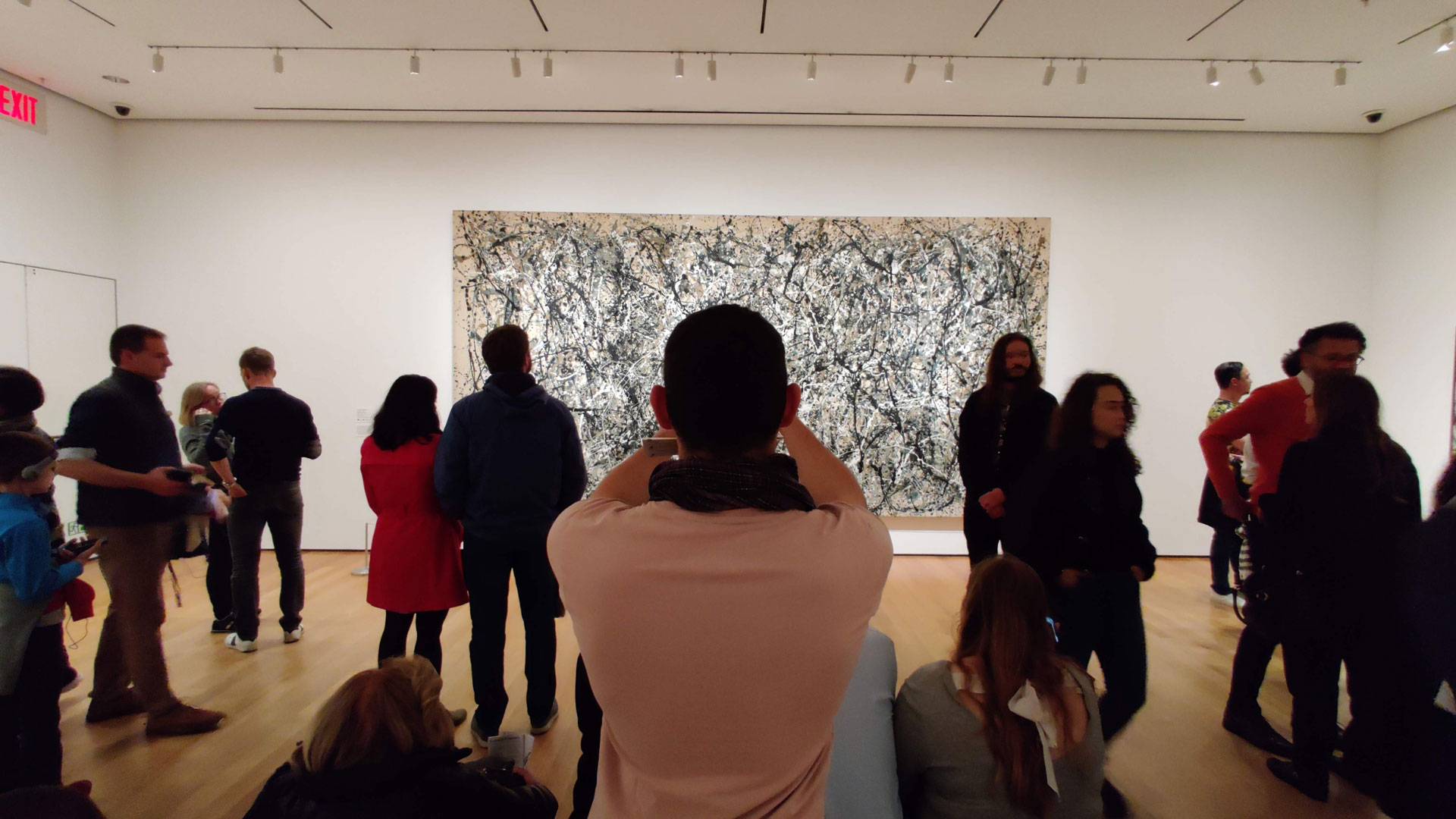 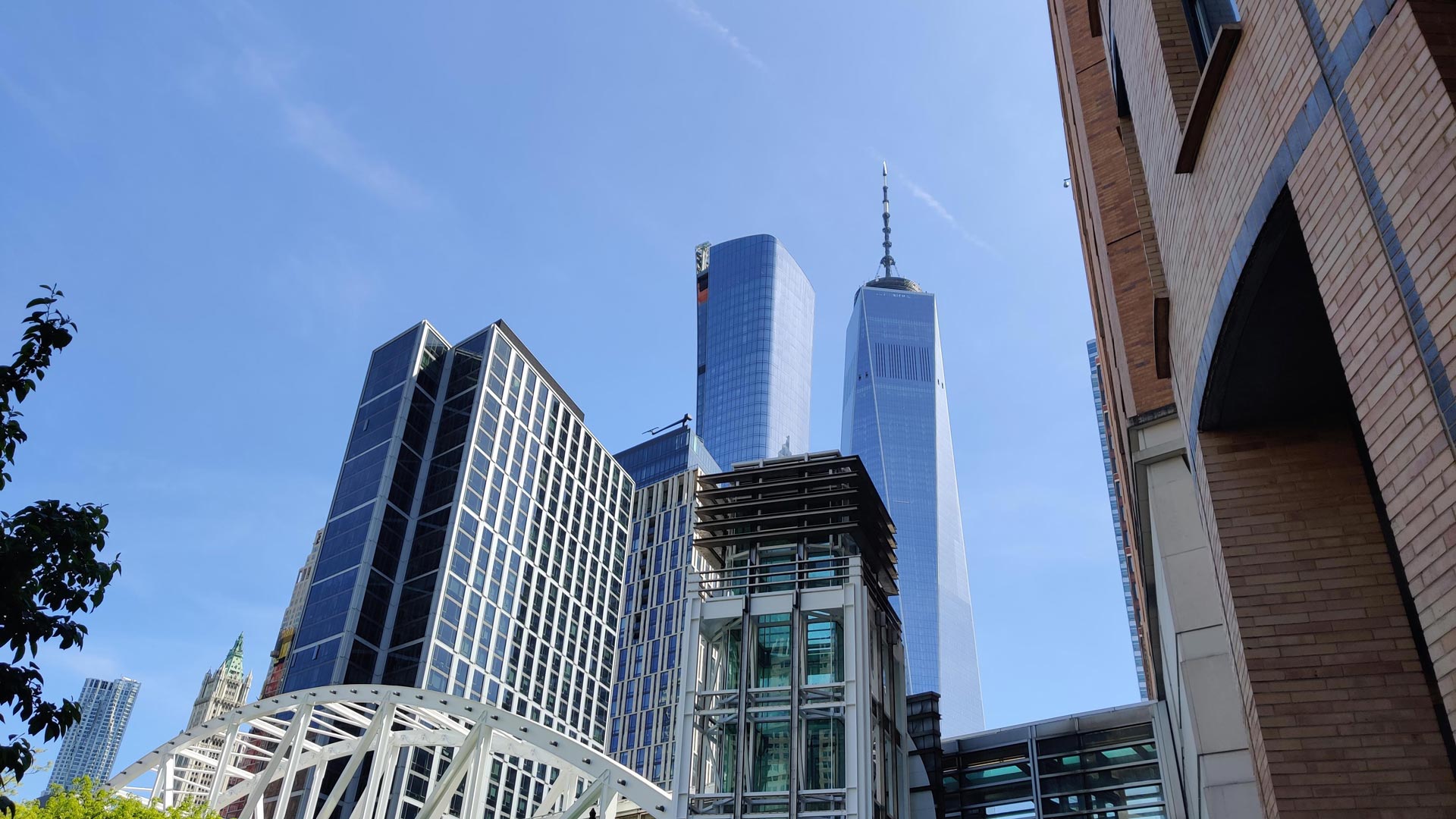 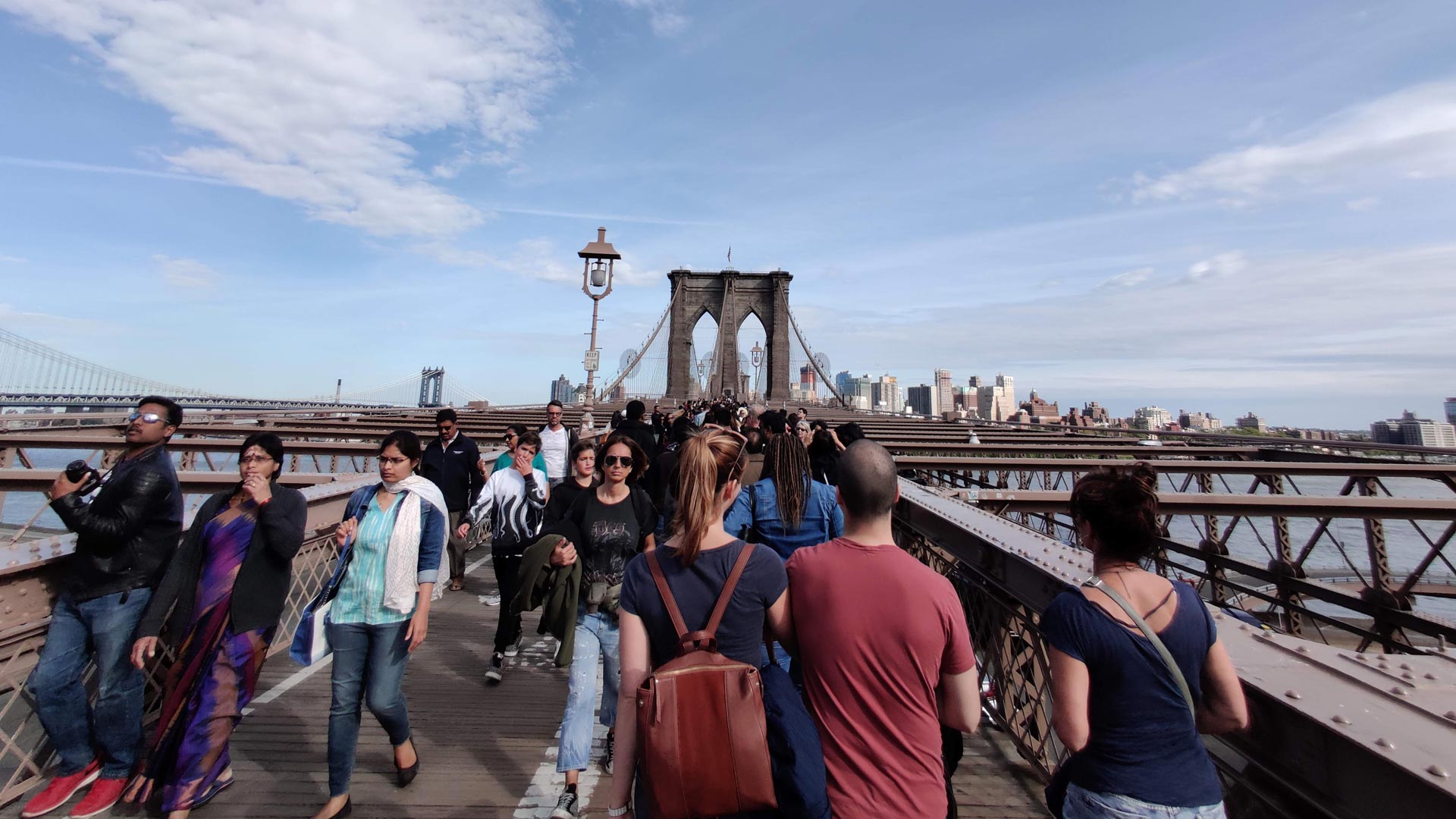 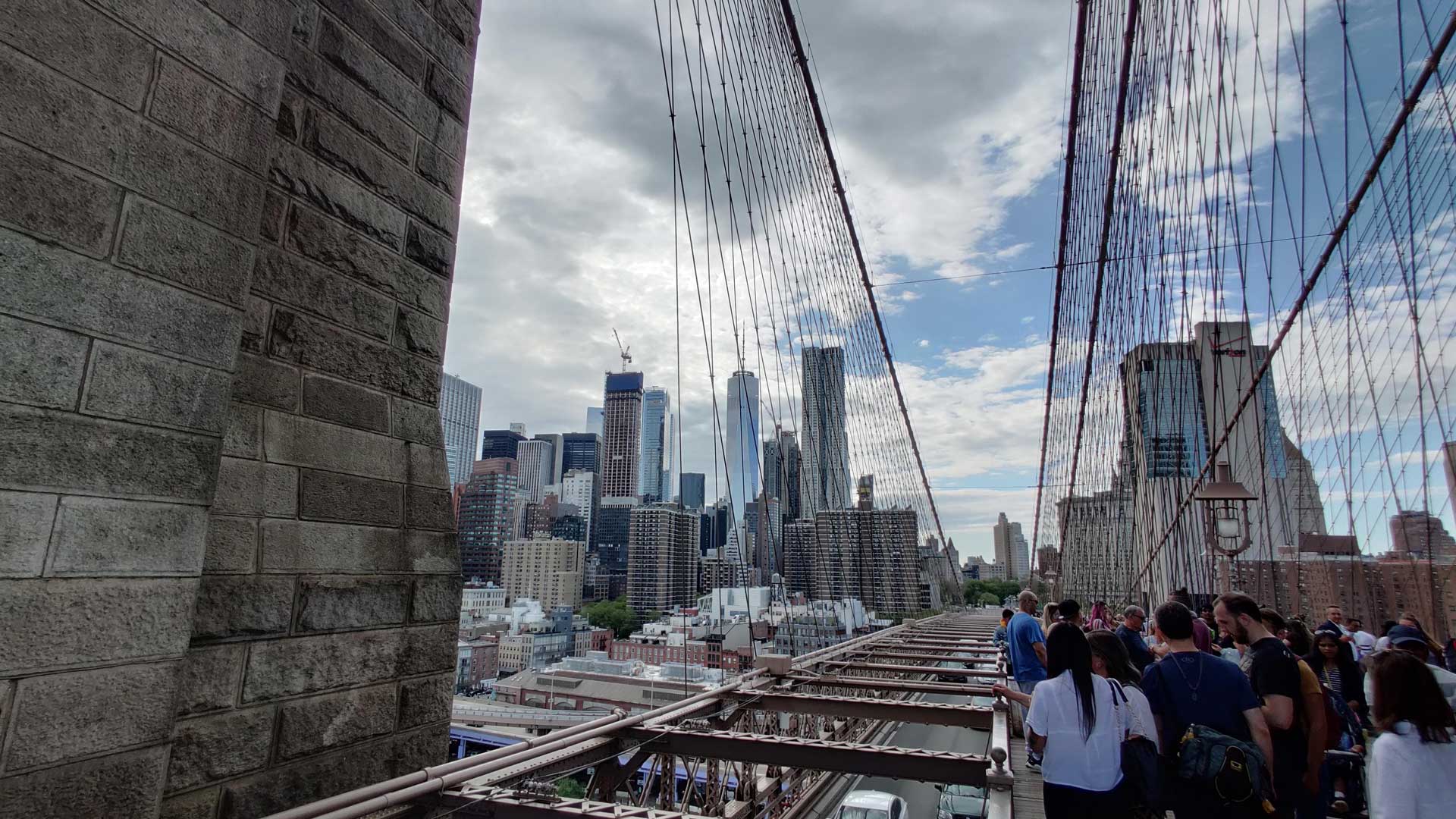 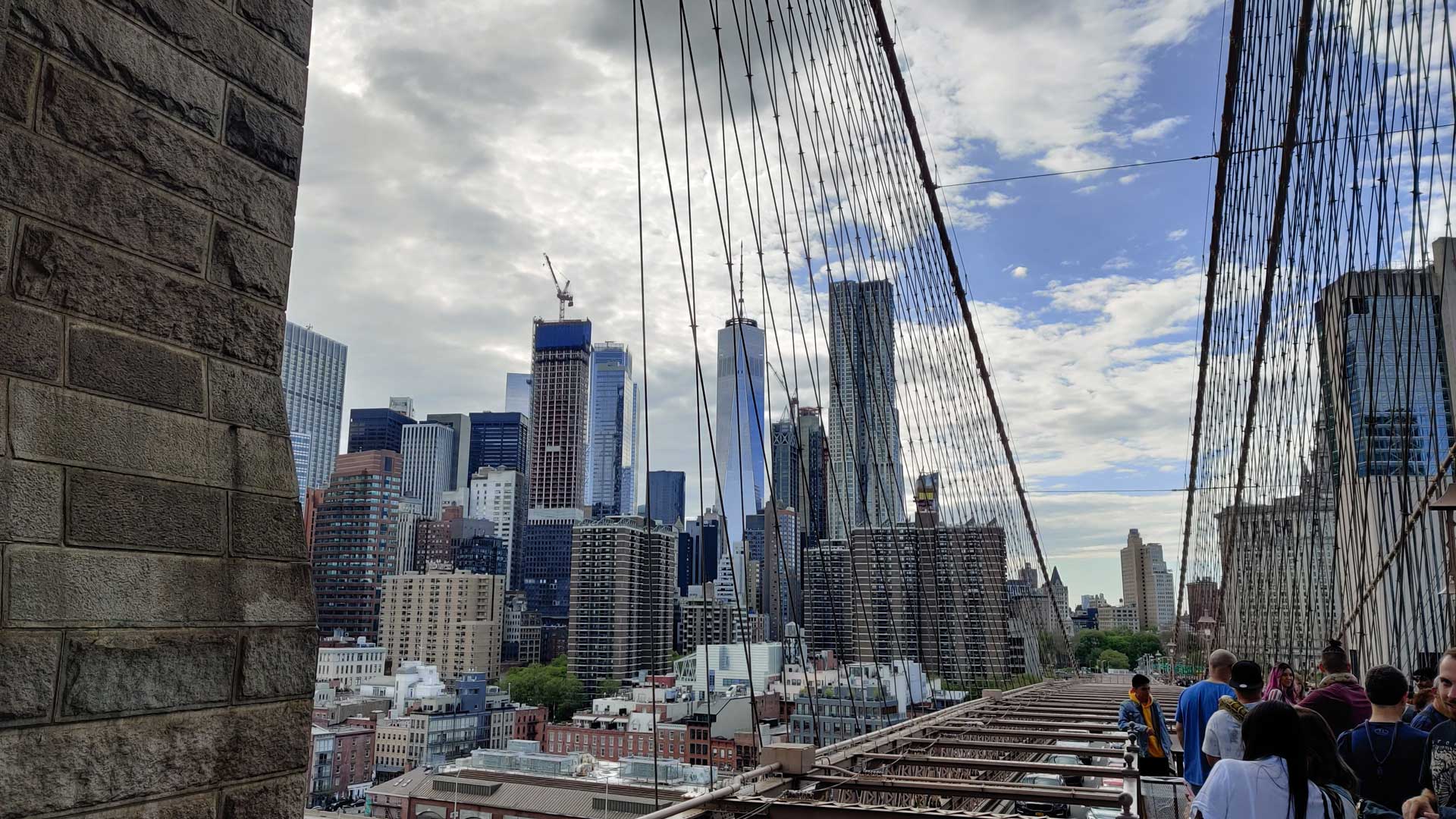 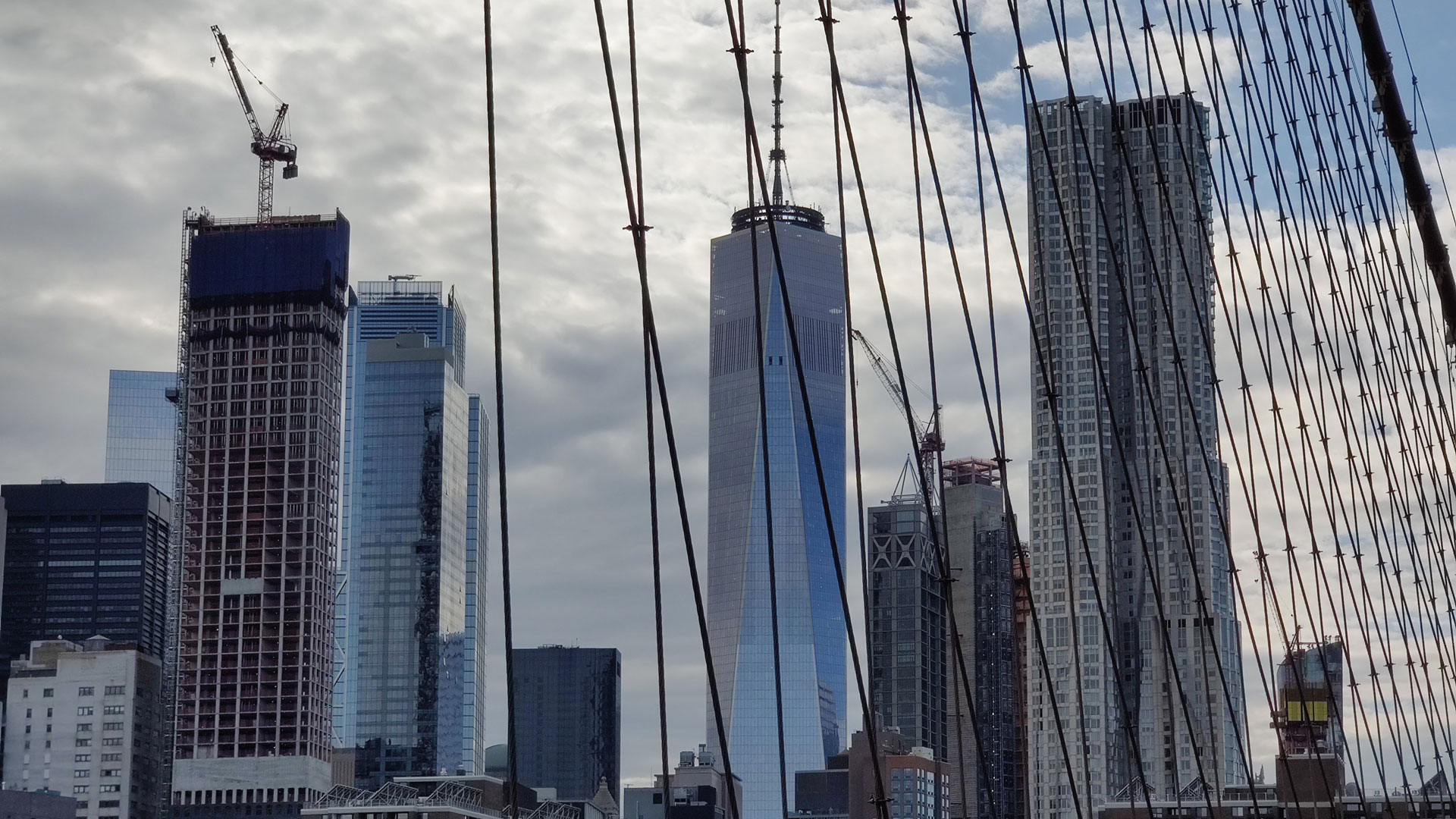 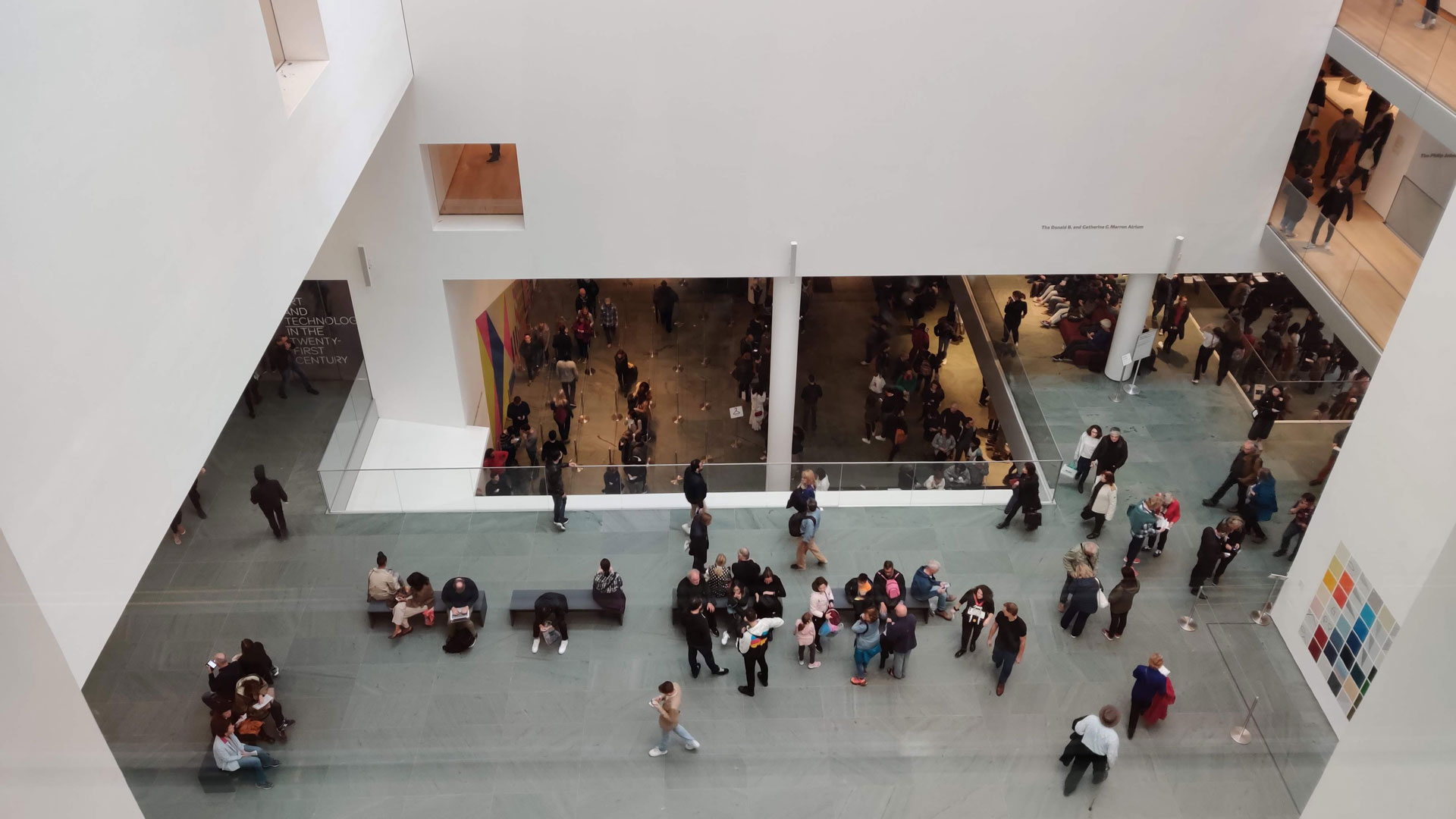 Of course, I can’t talk about the 7 Pro’s camera offerings without mentioning its pop-up selfie camera.

I’m of two minds when it comes to the pop-up camera. On the one hand, the fact that it allows the 7 Pro to skip a notch is likely to appeal to OnePlus’ core audience, who likely won’t use the pop-up camera frequently anyway. On the other hand, OnePlus is once again shipping a phone without official water-resistance certification.

As with the 6T, the company says it was able to save cost on the 7 Pro and pass it onto the consumer by not getting the phone certified. However, it’s just as likely the pop-up camera complicated any attempts to further waterproof the device.

Whatever the case, the 7 Pro once again doesn’t have an official IP-rating. I was able to use the 7 Pro in the rain (as you can see from the photos), but I was conscious about doing so quickly, and I always put the phone in the pocket of my Gore-Tex jacket rather than my jeans.

As for the camera itself, it springs into action with a quick and satisfying “Zzzz” noise.

Humorously, it’s possible to use it in conjunction with OxygenOS’s Face Unlock authentication functionality.

By OnePlus’ calculations, even if someone were to use the pop-up camera consistently 150 times per day, it would work without issue for more than five years. What’s more, the OnePlus 7 Pro features software that, should the phone detect it’s in freefall, it will quickly retract the pop-up camera in an attempt to save it from any potential harm.

I tested this failsafe by dropping the OnePlus 7 Pro on my bed, and, sure enough, the pop-up camera did its best to avoid doom.

I’m sure people will find ways to break the 7 Pro’s selfie camera, but what’s clear is OnePlus has put thought into how to ensure the longevity of the component. 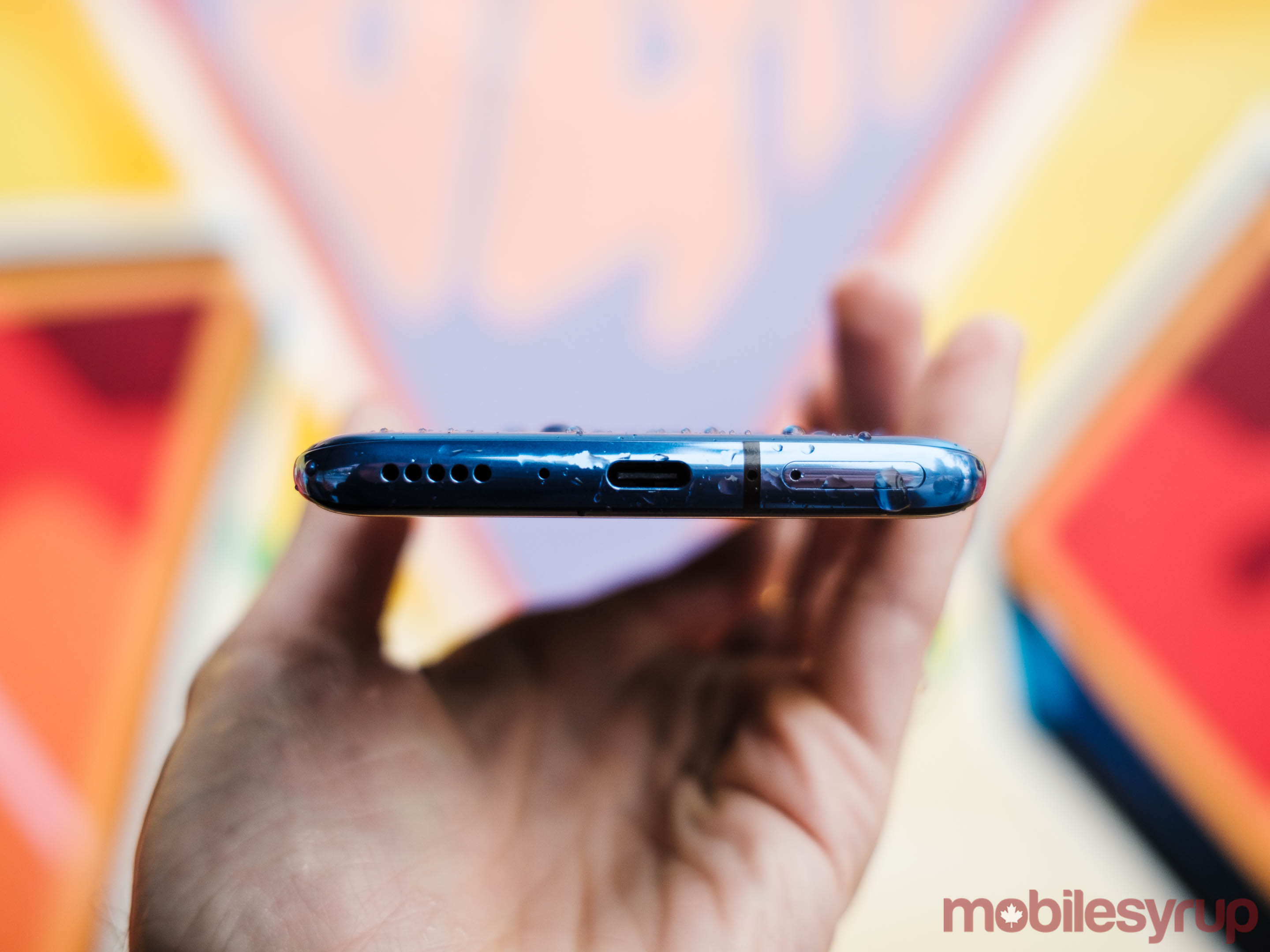 Compared to past years, there aren’t a lot of new software features to detail.

The other new function is called ‘Zen Mode.’ Activating Zen Mode prevents the use of the phone for 20 minutes. It’s still possible to use the OnePlus 7 Pro to make and take emergency calls, as well as to capture photos.

The latter is a great addition, especially if you want to focus on some work or reading.

The big thing here is that OnePlus will support the 7 Pro with 24 months of platform updates and 36 months of bi-monthly security updates, making the phone a great purchase from that standpoint.

Without a doubt, the OnePlus 7 Pro is the best smartphone OnePlus has ever released. What it isn't, is the phone that will make you into a OnePlus fan if you weren't already one.

The OnePlus 7 Pro doesn't -- in any meaningful way -- address the two major critiques people have made of past OnePlus phones.

In 2019, I think it's reasonable to expect a $1,000 to feature both an official water-resistance rating and inductive charging. At the same time, excluding those features, the OnePlus 7 Pro does, relative to the Galaxy S10e and especially the iPhone XR, offer a lot of value. It features more powerful internal specs; a better screen, especially compared to the iPhone; and a more versatile camera system.

"Without a doubt, the OnePlus 7 Pro is the best smartphone OnePlus has ever released."