OnePlus 6 Review: It’s all about the camera 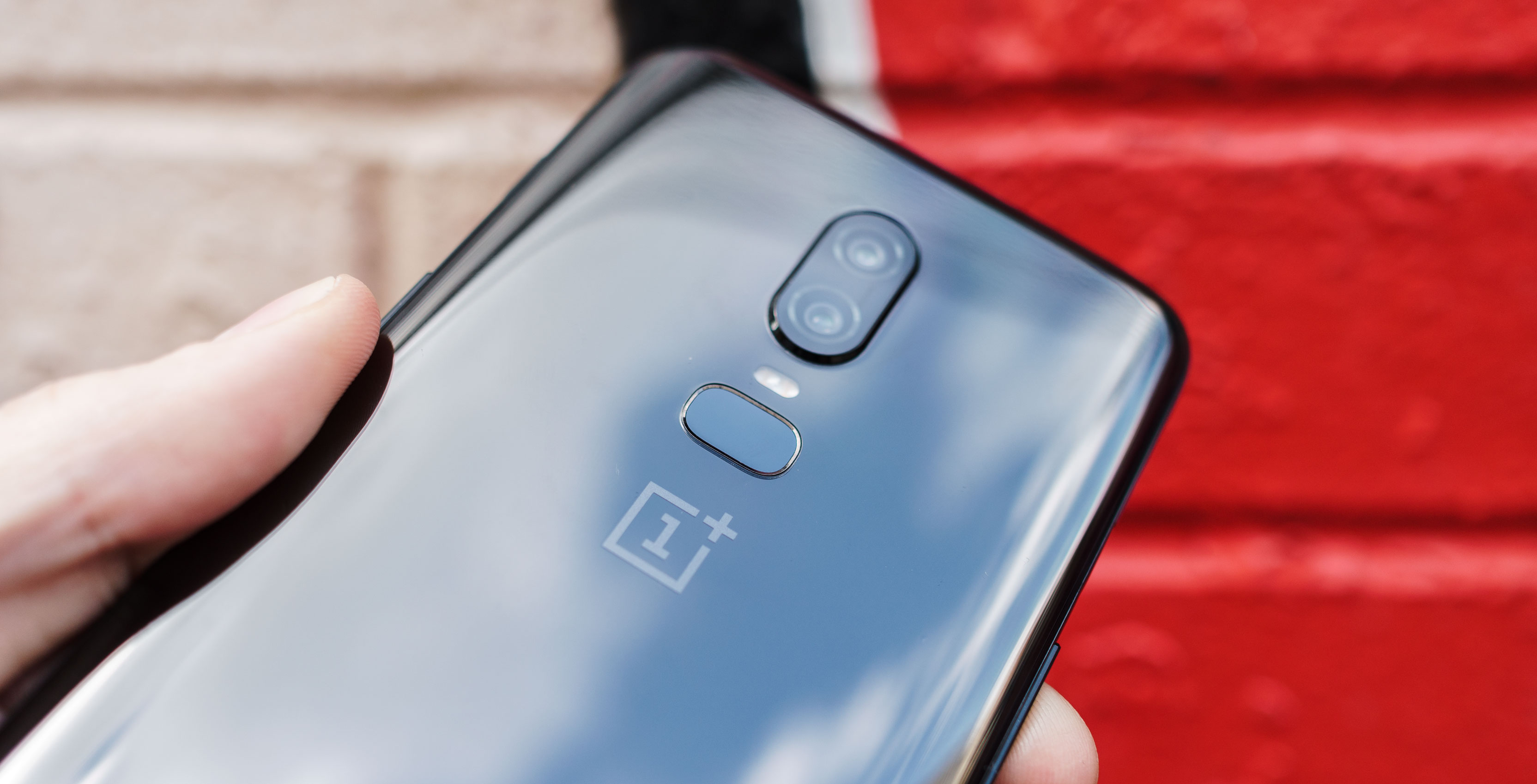 Ever since it released the OnePlus 3 almost two years ago, OnePlus has settled into a comfortable rhythm.

Every six months, the company releases a new smartphone that is more technically capable (and expensive) than its last one.

Each new phone has not dramatically changed OnePlus’ value proposition. To date, they’ve all offered impressive internals and a lightweight Android experience at the cost of more premium features like waterproofing and top-notch camera capabilities.

The OnePlus 6 changes that equation: not completely, but enough to make it a completely different beast compared to past OnePlus smartphones.

Notch what you were expecting? 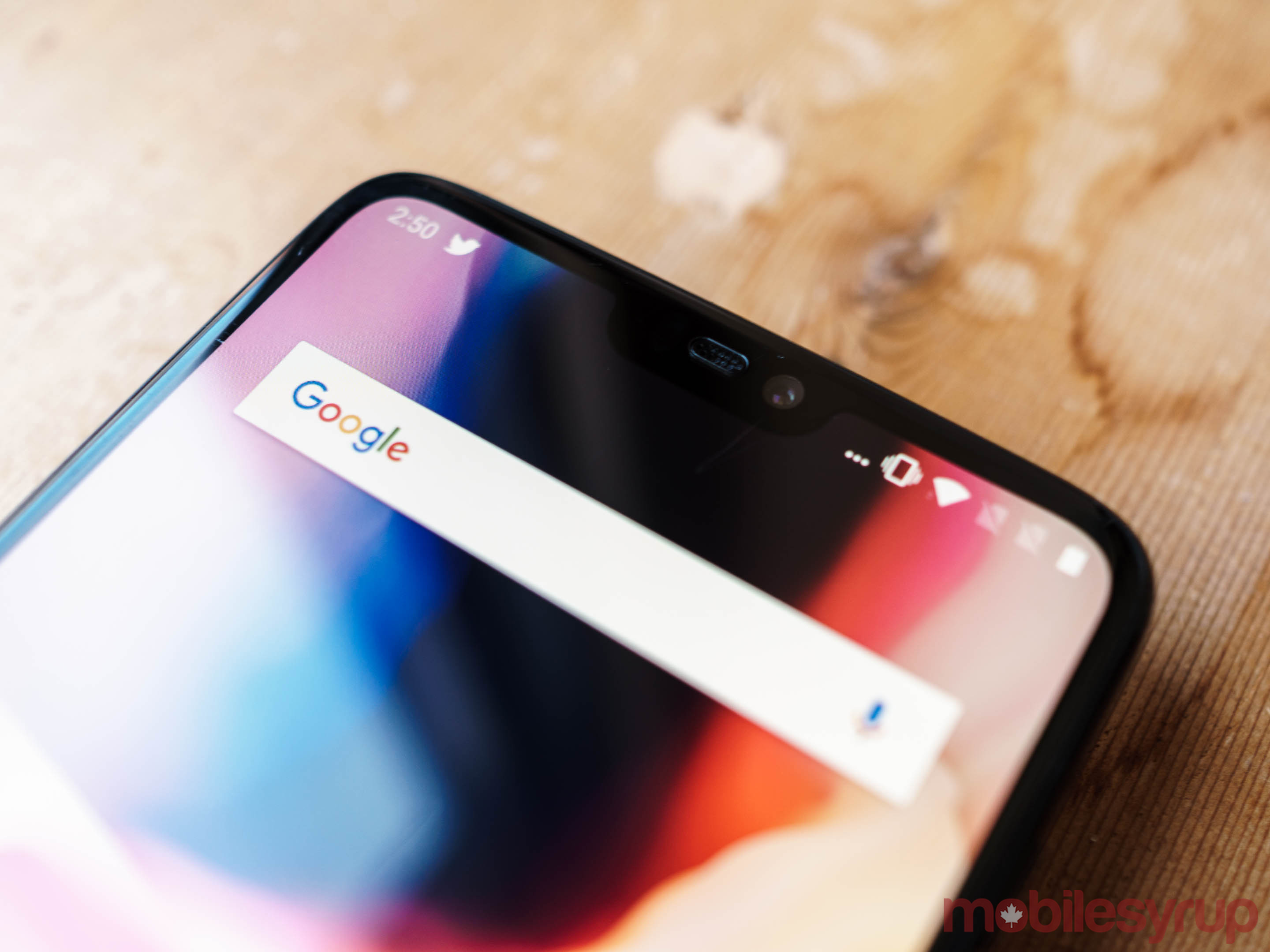 What’s more important is that software support for the notch is well-implemented. By default, when the phone is oriented vertically, OxygenOS will adjust the colour of the status bar to match whatever app is currently on-screen. So in the instance of Facebook, for example, the status bar takes on a complementary shade of blue.

Meanwhile, when the phone is oriented horizontally, the screen around the notch is blacked out; there’s no instance in which you’re forced to navigate around the notch to see text or media.

For those who want to get as much screen real-estate as possible, the OnePlus 6, like the OnePlus 5/5T, includes support for navigation gestures. 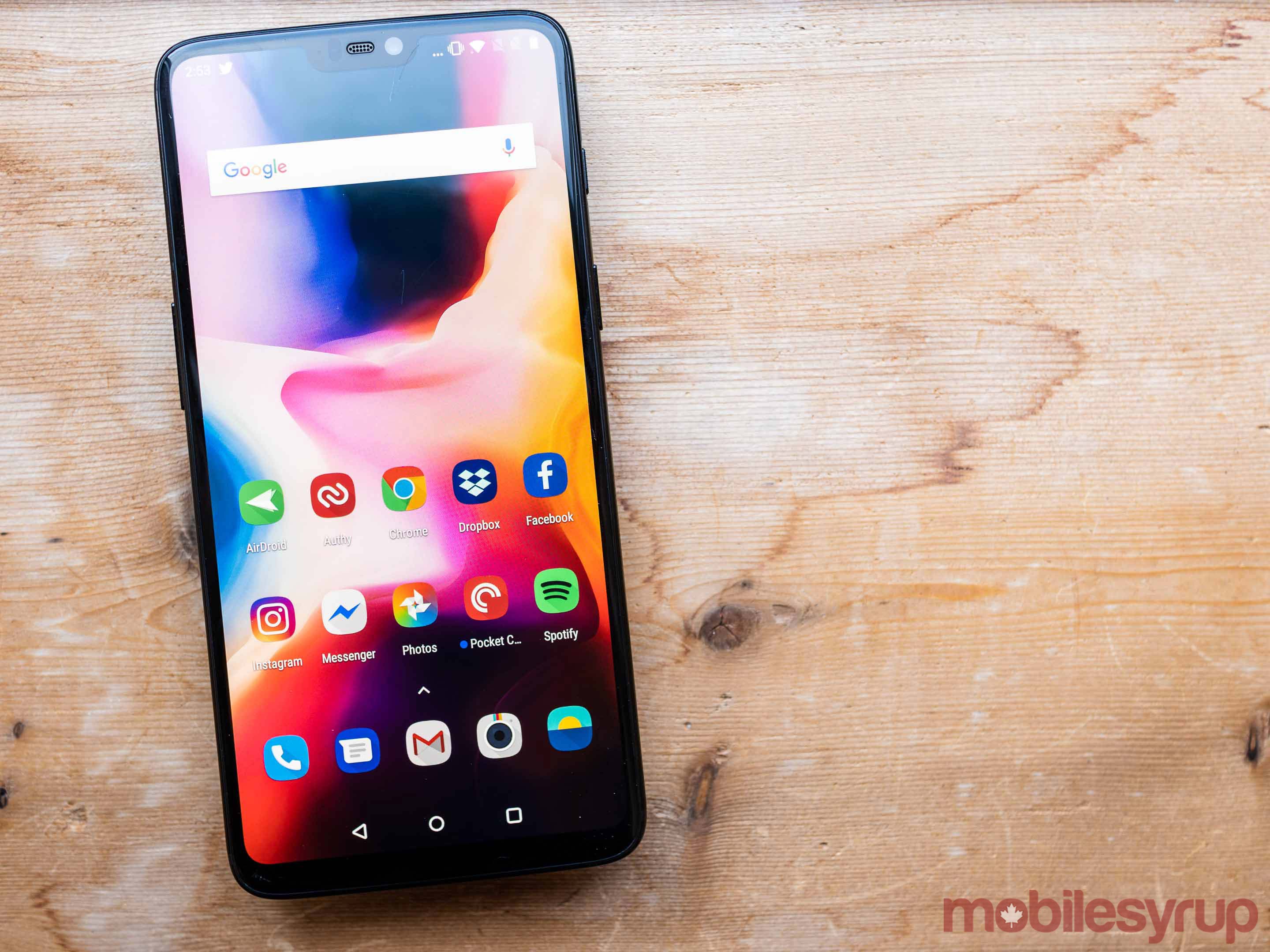 If there’s an issue with how OnePlus has implemented gestures in Oxygen OS, it’s that in my experience you have to be overly deliberate when using them. Moreover, by enabling gestures, you pass on some of Android’s Oreo more useful button shortcuts. For example, with gestures enabled, there’s no Overview button to double tap to quickly switch between your two most recently used apps.

Once you get past the notch and how it works, the OnePlus 6 features more or less the same display OnePlus has shipped with every new device since the OnePlus 3. It’s not a QHD panel, nor does it support HDR — HDR 10 or Dolby Vision — or a faster refresh rate.

Moreover, when it comes to things like colour accuracy and legibility in direct sunlight, the OnePlus 6’s OLED display is still a step behind displays on competing devices like the Galaxy S9 and iPhone X. All of that’s not to say the screen on the OnePlus 6 is bad (in fact, I think most people will fall in love with just how much screen real-estate the OP6 offers), merely that there are better displays out there at higher price points.

The other major difference between the OnePlus 6 and OnePlus’ past smartphones is a new all-glass design.

According to OnePlus, it went to a glass back for a variety of practical reasons, one of which is that the material is better at allowing radio waves to pass though. 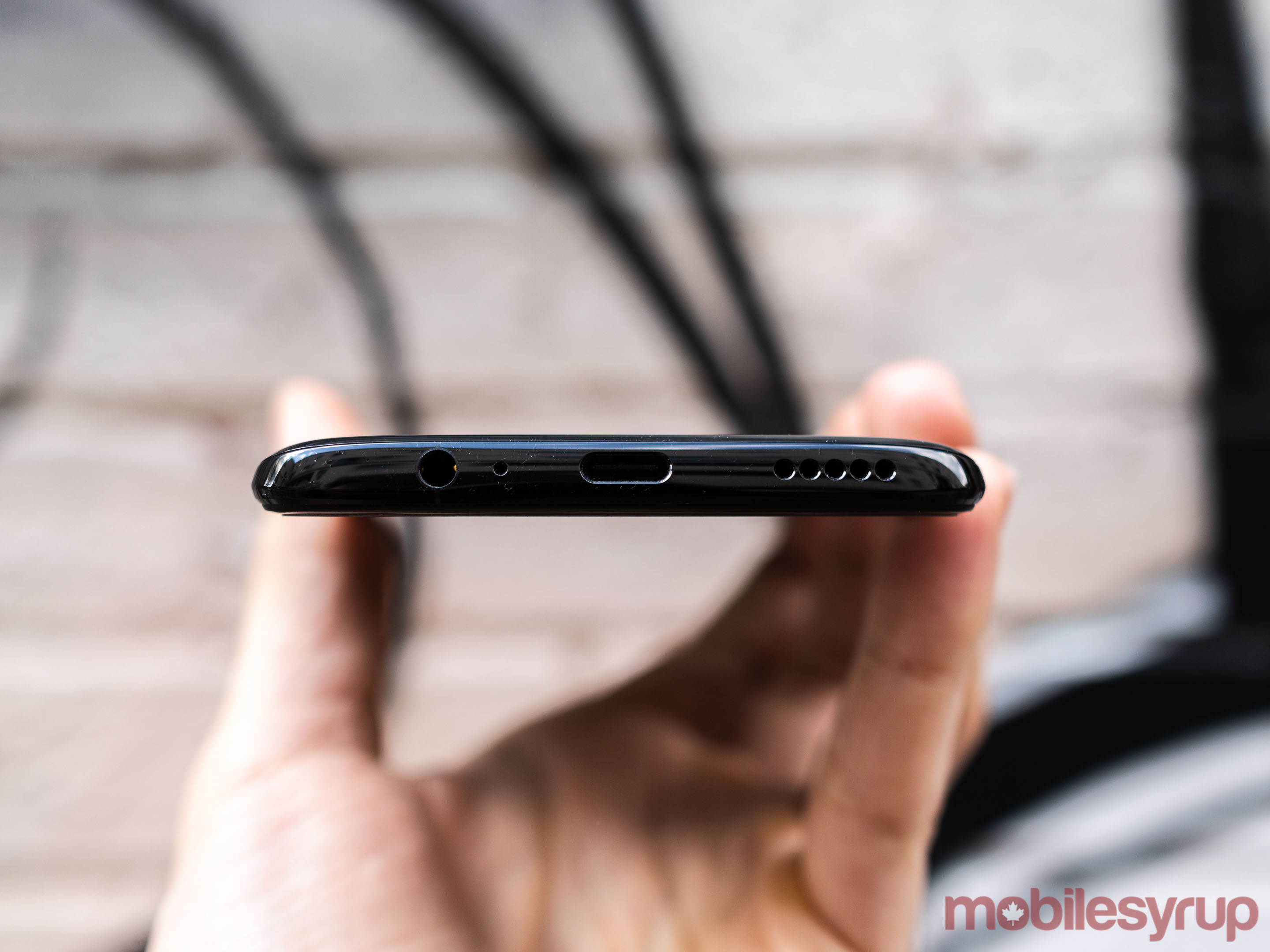 OnePlus provided MobileSyrup with the OnePlus 6 in ‘Mirror Black.’ The phone is also available in ‘Midnight Black’ and ‘Silk White,’ a colour that will be available later in the year. Between its glossy finish and pre-applied screen protector, the Mirror Black OP6 is hard to keep clean.

From what I’ve seen of the Midnight Black and Silk White models, they appear to be less prone to attracting smudges and fingerprints — to my eye, they’re also more handsome. If you plan to buy one of OnePlus’ excellent first-party cases alongside your new OP6, the glass back is a non-issue.

One major disappointment with the OnePlus 6 is that OnePlus didn’t add inductive charging to the phone. If there was ever a time to add wireless charging, this was it; glass backs make integrating the tech easier.

The OnePlus 6 also doesn’t include an official IP water and dust resistance rating. However, according to a OnePlus spokesperson, the phone will survive the occasional splash, including an accidental trip to the toilet bowl. I didn’t test the OP6’s waterproof capabilities, so take the company’s claim as you will.

I’ll also mention here that OnePlus has not added support for microSD expansion. To make up for the fact, OnePlus is, for the first time, offering a 256GB storage option. Also, for what it’s worth, the OP6’s dual SIM tray supports LTE connectivity via both SIM slots — on past OnePlus phones, only the primary SIM slot supported 4G speeds.

There are several other more minor design tweaks. The OP6’s two rear-facing cameras are stacked vertically, instead of horizontally, towards the centre of the device. Additionally, the rear-facing fingerprint sensor has a rectangular, instead of circular shape. 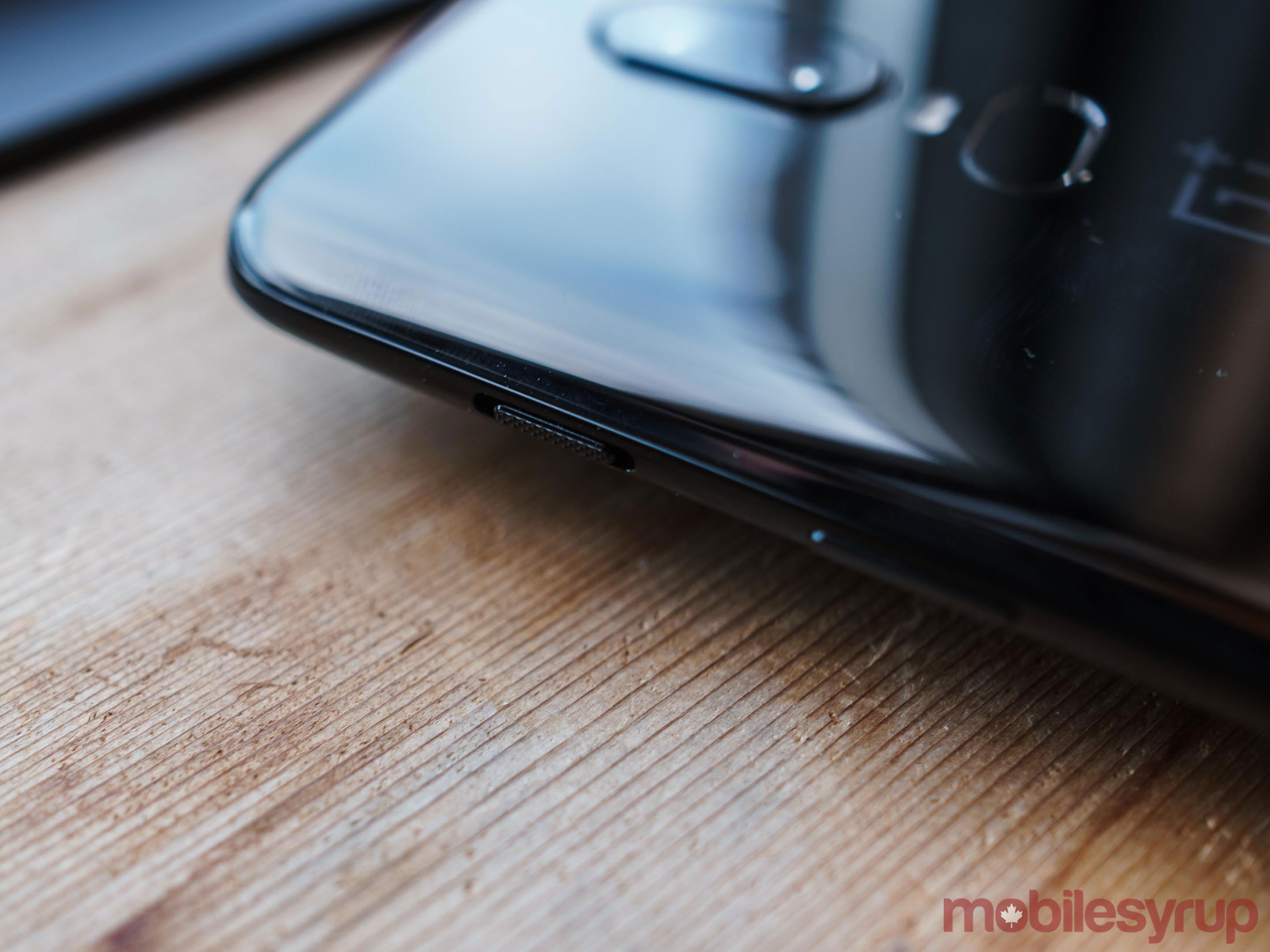 Lastly, OnePlus has moved the Alert Slider to the left side of the device. OnePlus is also reverting the Alert Slider’s function back to the way it was in the OnePlus 2. Instead of adjusting Android’s Do Not Disturb settings, it’s now a simple ring, vibrate and silent switch.

In all, I like the design of OnePlus 6 a lot. It’s not the most handsome Android device on the market, but where the OnePlus 5/5T looked too much like the iPhone 7, the OnePlus 6, even borrowing design cues from the iPhone X, feels like it has a design that can stand on its own.

Project Treble to the rescue

Compared to past new OnePlus smartphones, OxygenOS, OnePlus’ Android fork, comes with relatively few new features. The one notable exception is a new Gaming Mode that improves on the Gaming Do Not Disturb mode that OnePlus shipped last year. With OxygenOS 5.1.3, Gaming Mode reduces latency, in addition to preventing notifications from interrupting the experience.

In terms of software, the more important consideration is that the OnePlus 6 is the first OnePlus smartphone to ship with Android Oreo out-of-the-box.

As such, it’s the first OnePlus smartphone required to support Project Treble. In theory, this means the OP6 should get major Android updates faster than past OnePlus devices. In fact, it already looks like the OP6 is on track to get Android P soon after the Pixel 2 and Pixel 2 XL — the OnePlus 6 is one of the third-party devices included in the Android P open beta. We’ll have to see how OnePlus handles Project Treble, but so far things are promising. 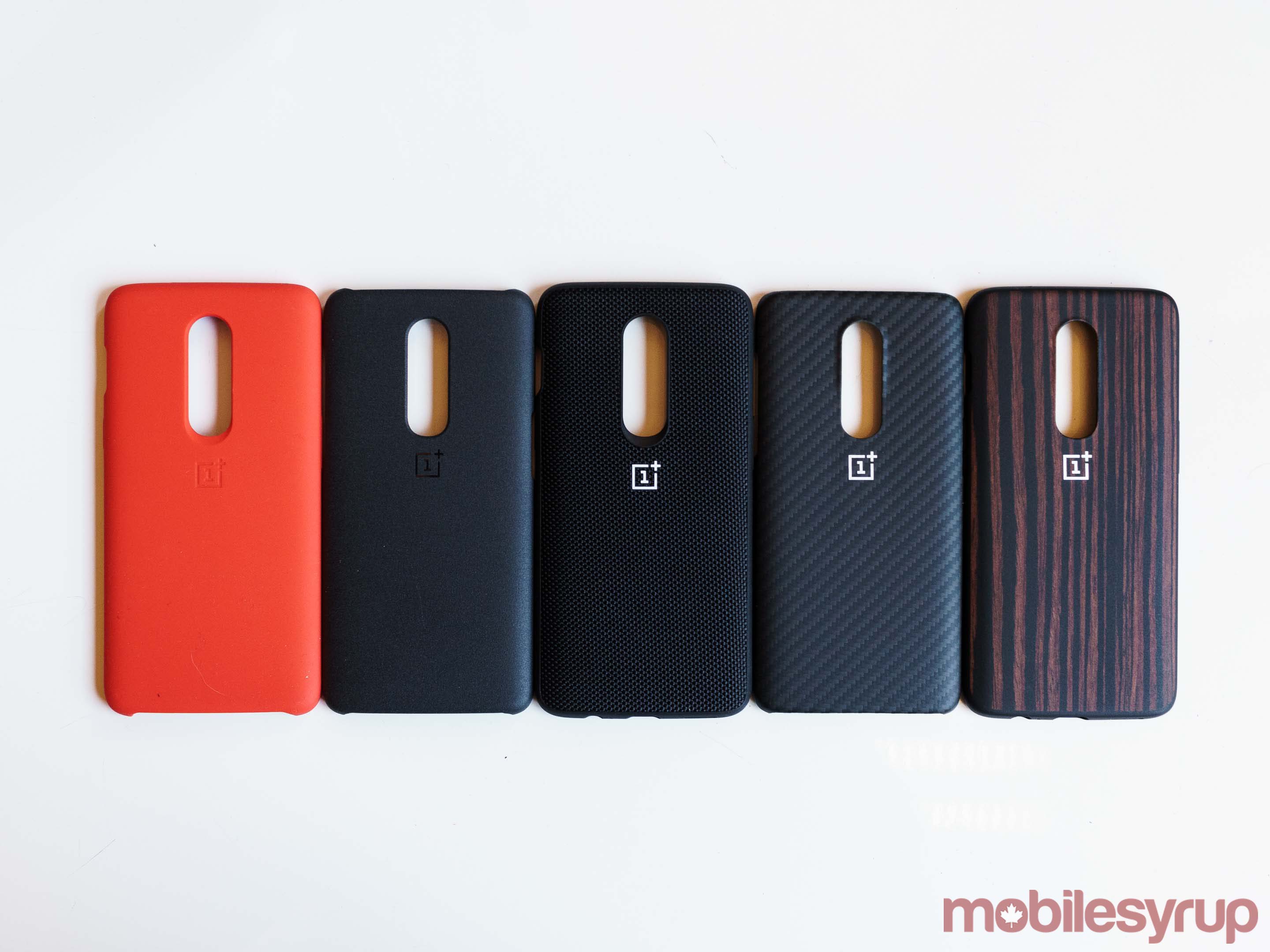 With up to 8GB of RAM, Qualcomm’s flagship Snapdragon 845 processor and fast UFS 2.1 flash storage, the OnePlus 6 is an absolute pleasure to use. Everything, from launching new apps to switching between existing ones, is fast. I didn’t experience any slowdowns during my time with the device.

With Qualcomm’s new X20 LTE modem, I was able to consistently get about 50Mbps download speeds on Fido.

Authentication, via both the rear-facing fingerprint sensor and Face Unlock, was also fast and accurate.

Like the OnePlus 5 and 5T, the OnePlus 6 features a 3,300mAh battery. With moderate use involving, I found the battery able to last a full day. Once it needed a top up, OnePlus’ excellent Dash Charge fast charging solution was able to charge the battery to full in about 45 minutes.

If you’ve used a OnePlus smartphone anytime in the last two years, all of the above will be familiar territory.

A camera that’s finally worth talking about 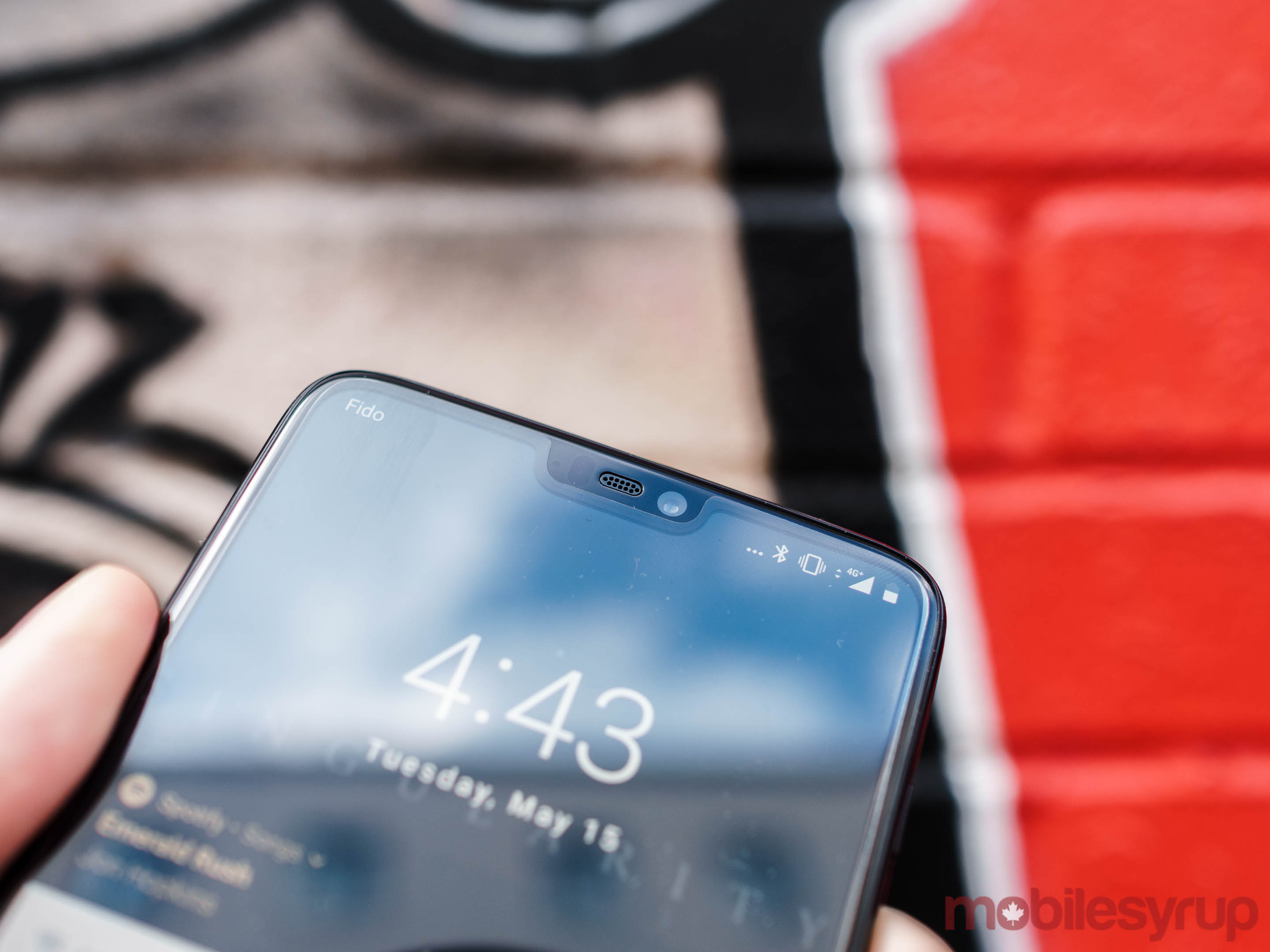 If the OnePlus 6 sounds a lot like OnePlus’ past phones, with all the same strengths and weaknesses, it is. That is until you get to its camera.

With the OP6, OnePlus has adopted a back-to-basics approach, prioritizing solid components instead of gimmicky tricks to improve camera performance.

To start, the OnePlus 6 includes optical image stabilization (OIS). OIS results in the camera’s shutter to stay open longer, allowing more light to hit its sensor. Only the main sensor is stabilized, but the inclusion of OIS helps improve image quality across the board, especially in low-light situations.

Second, the OnePlus 6’s new 16-megapixel Sony IMX 519 measures in at 1/2.6-inches, making it the same size as the Pixel 2’s main sensor and 19 percent larger than the sensor found on the OnePlus 5 — camera sensors that are physically larger allow for larger individual pixels, and larger pixels collect more light.

Together, the result of all these improvements is not only the best camera system OnePlus has shipped to date, but a camera system that’s actually competitive with Android’s top-tier shooters. In my time with it, the OnePlus 6’s main camera produced incredibly detailed shots, even in less than ideal lighting conditions. 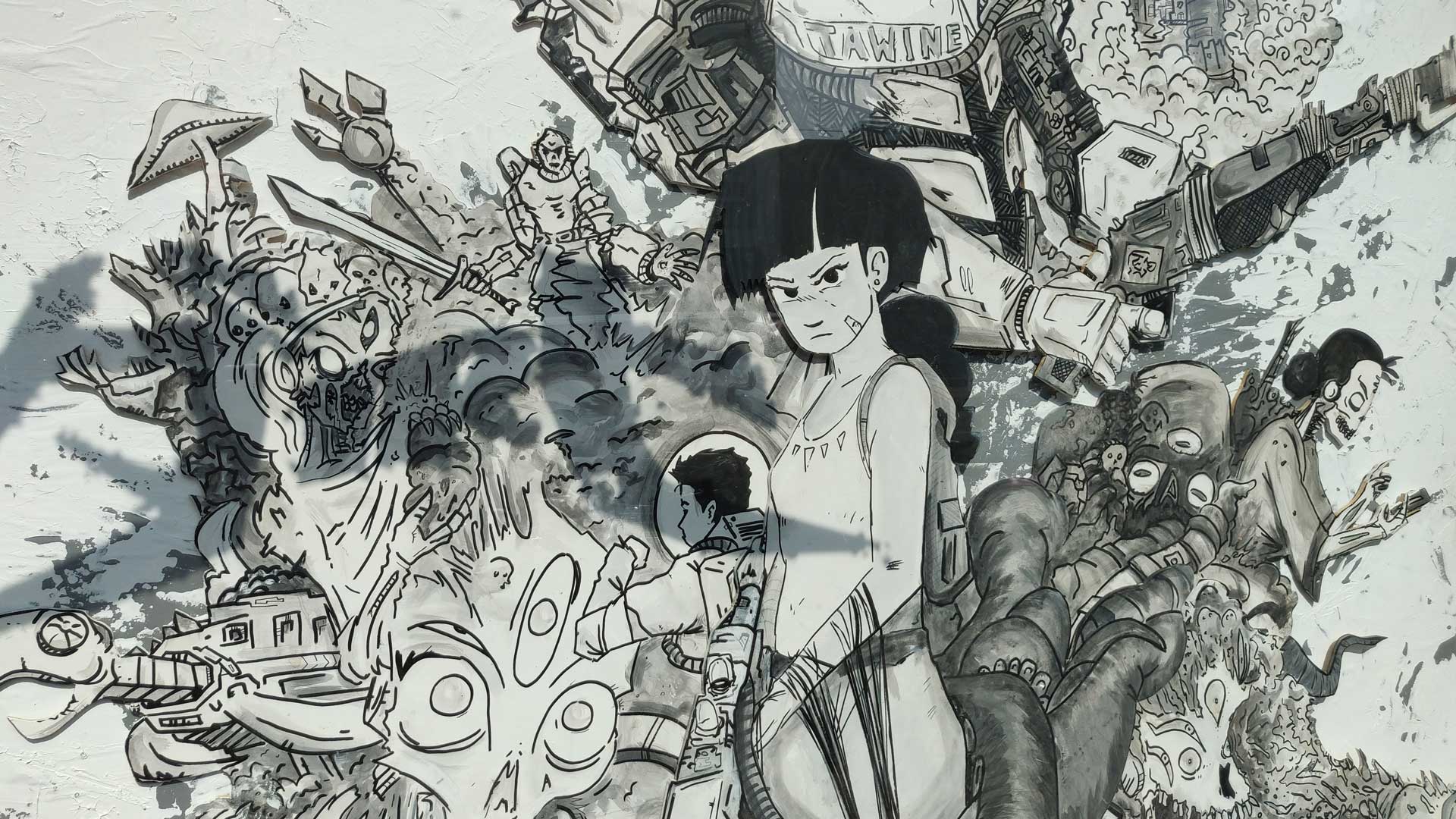 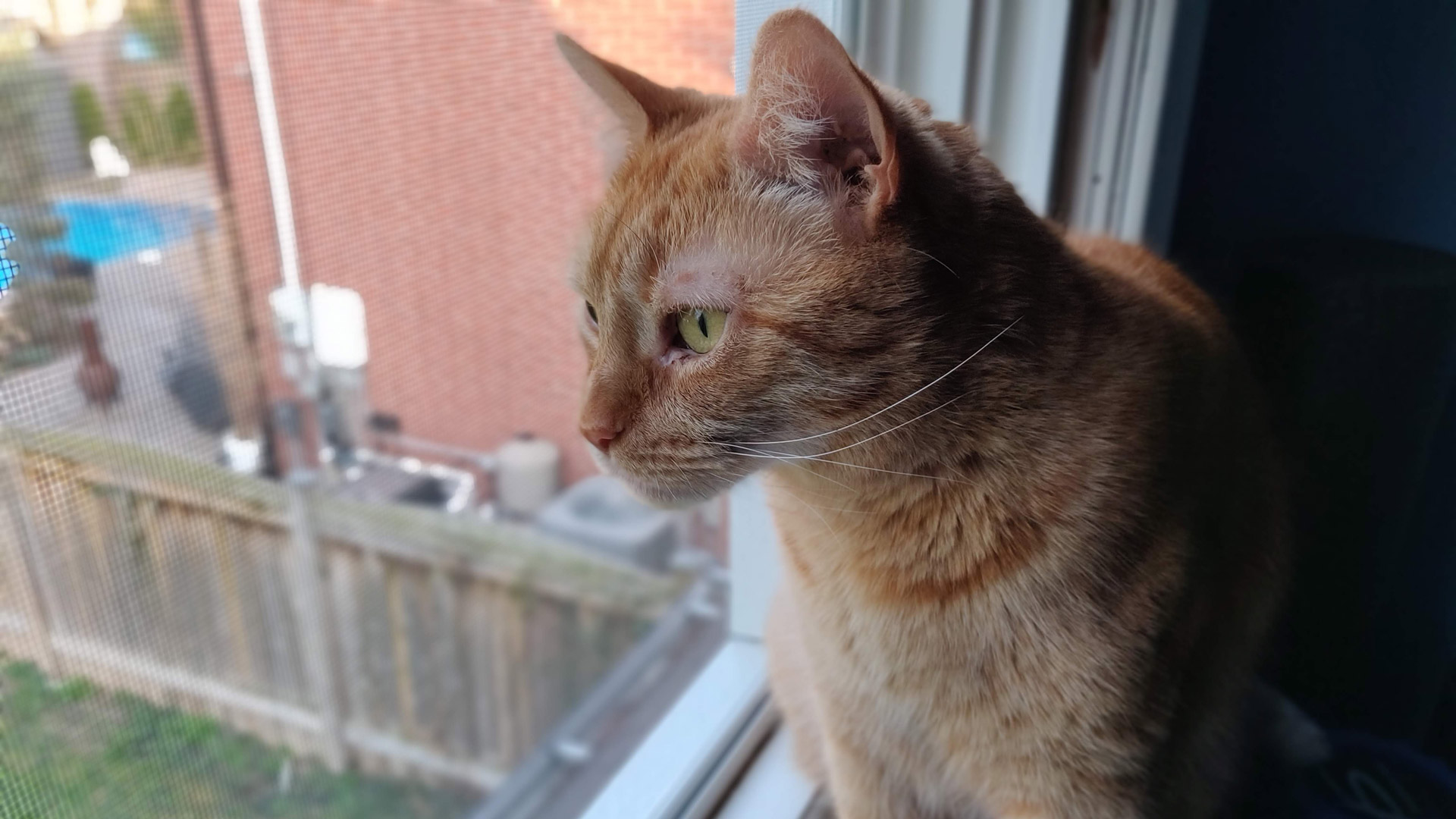 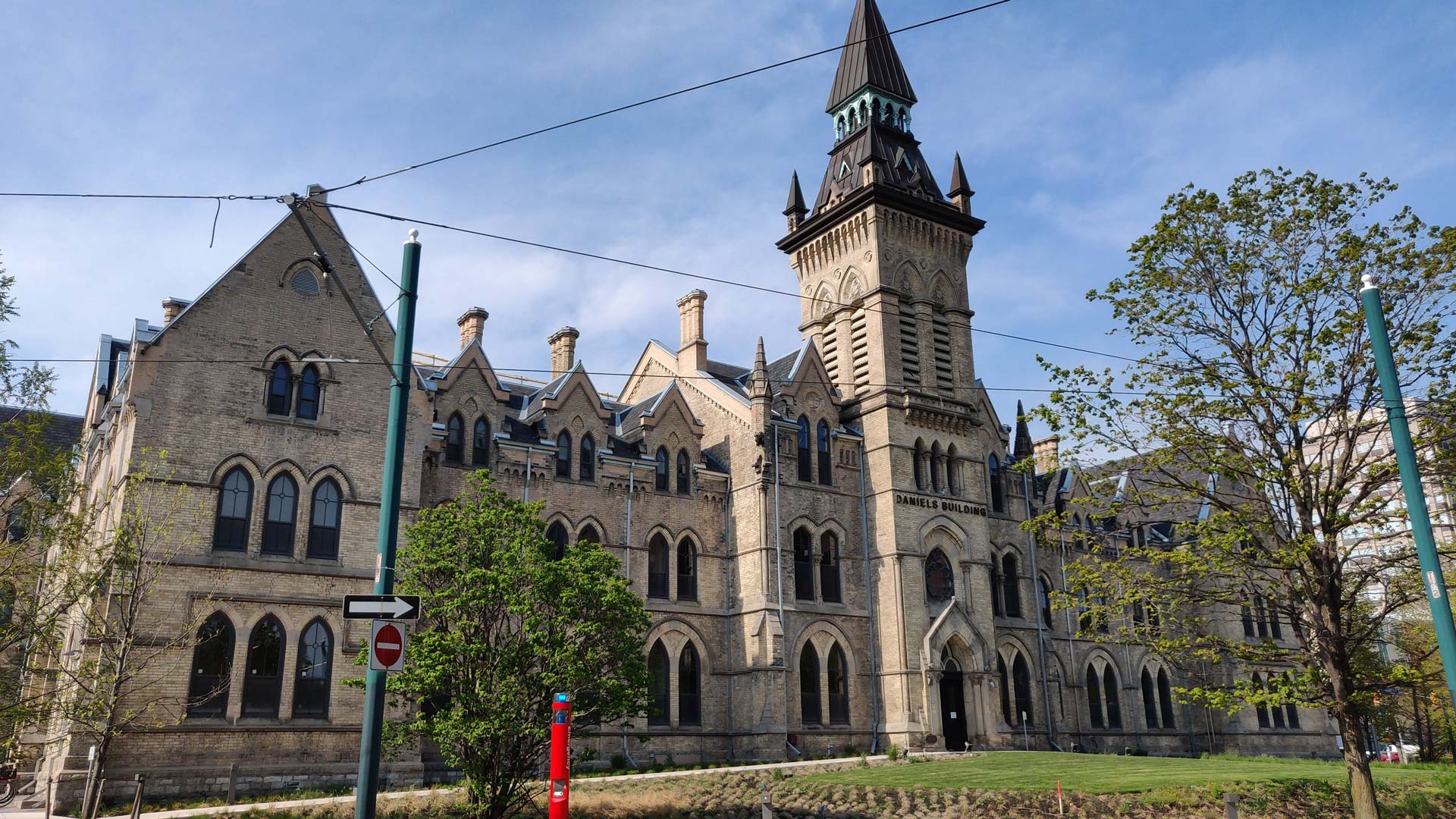 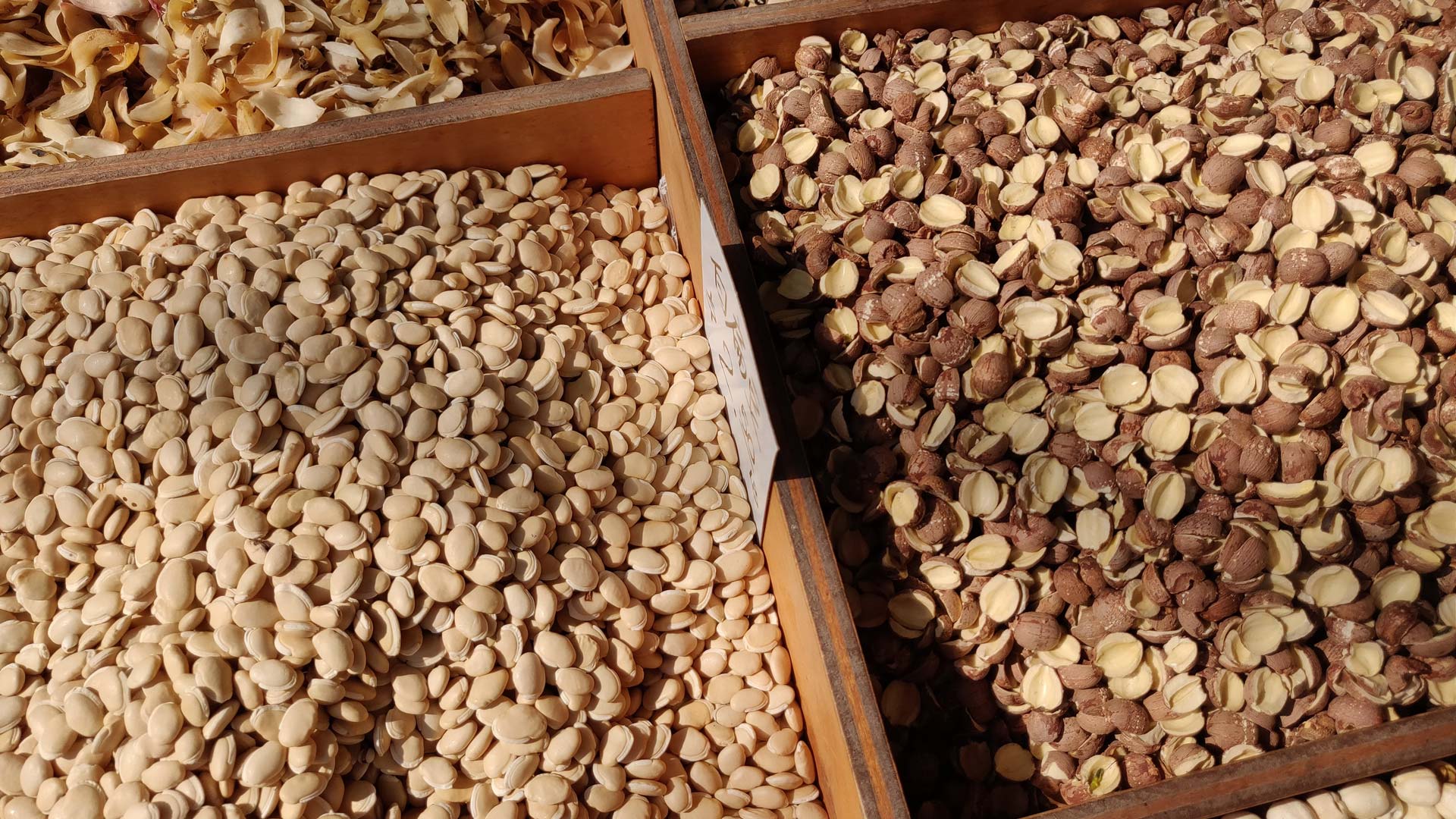 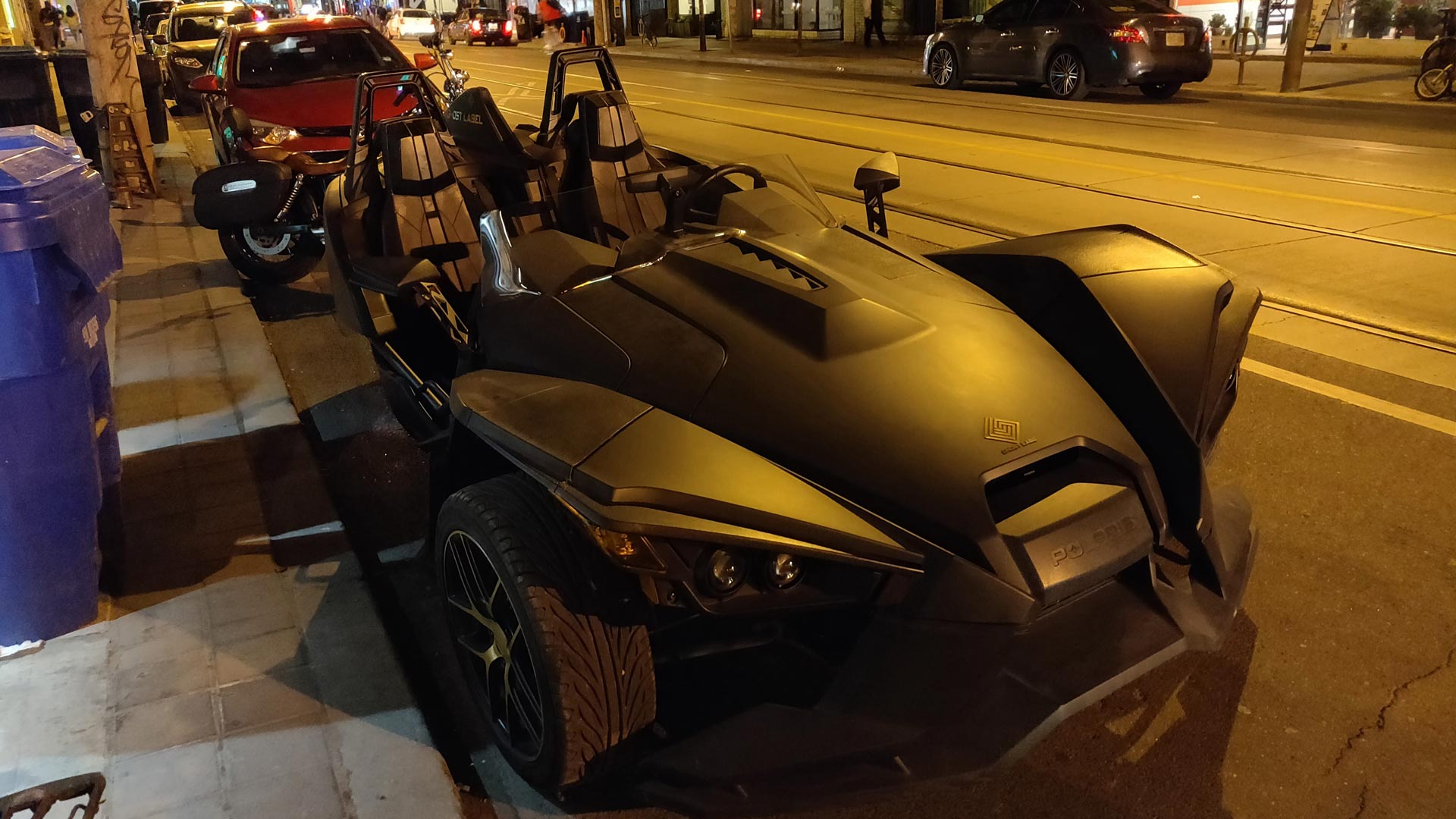 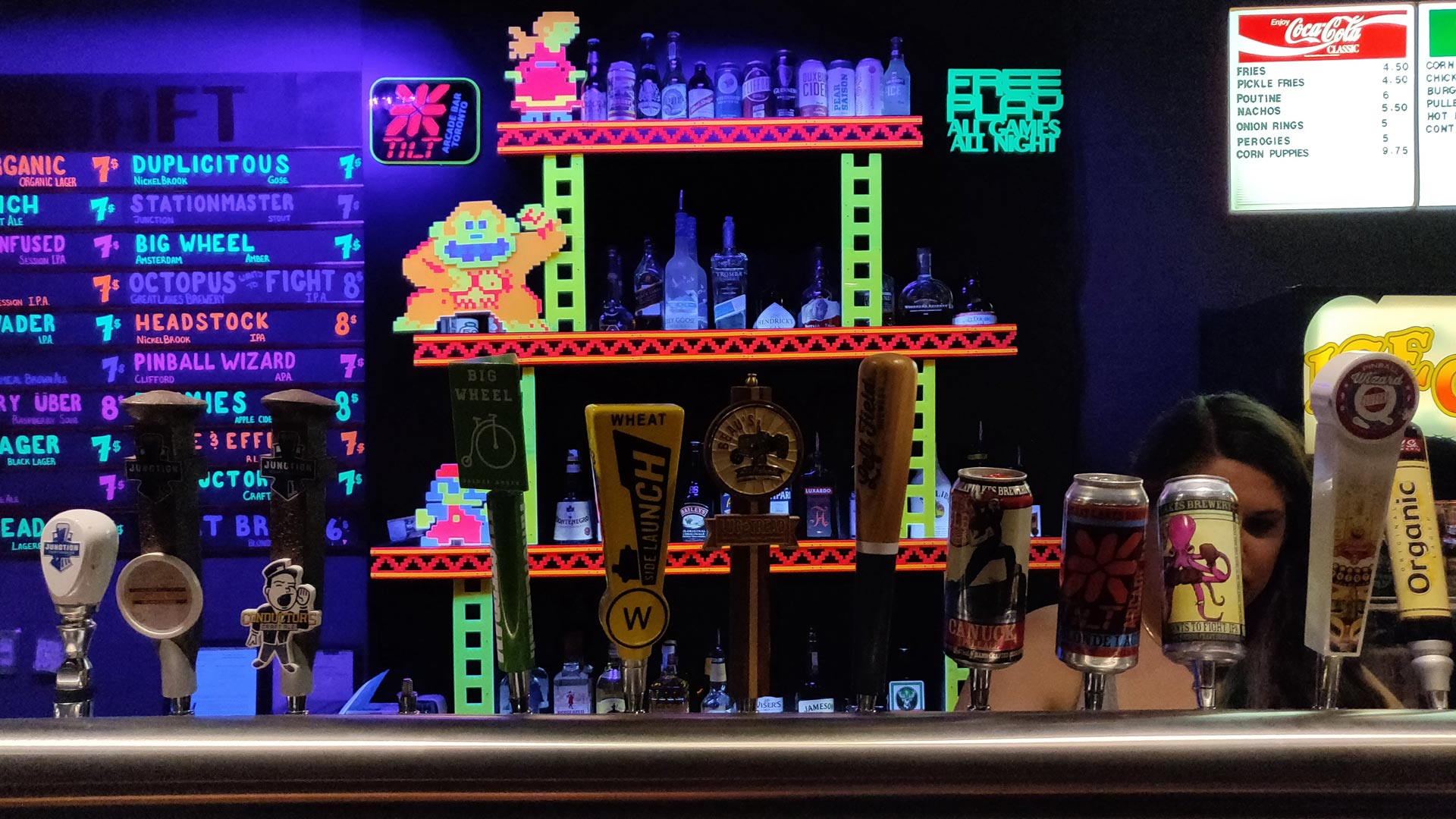 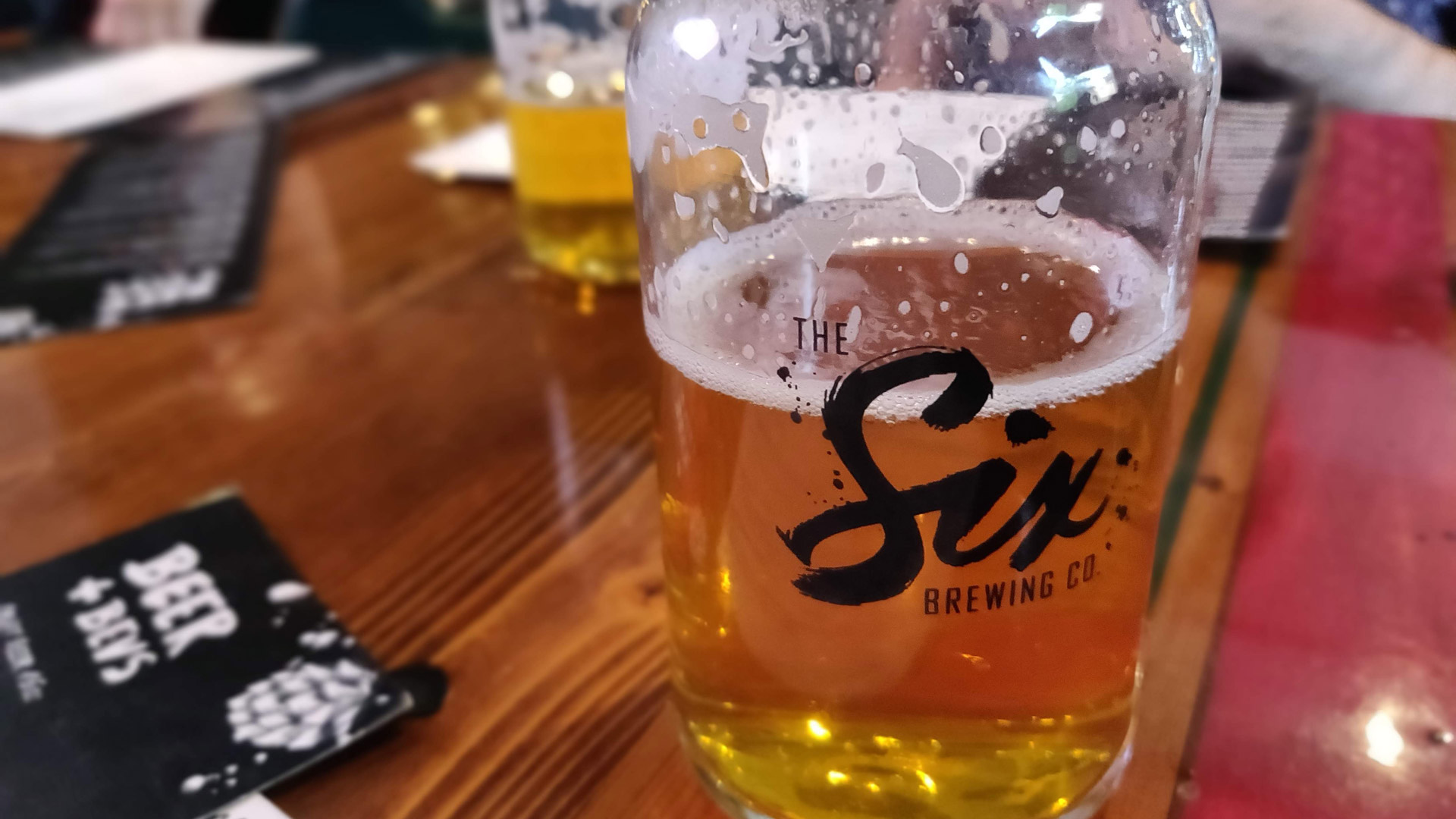 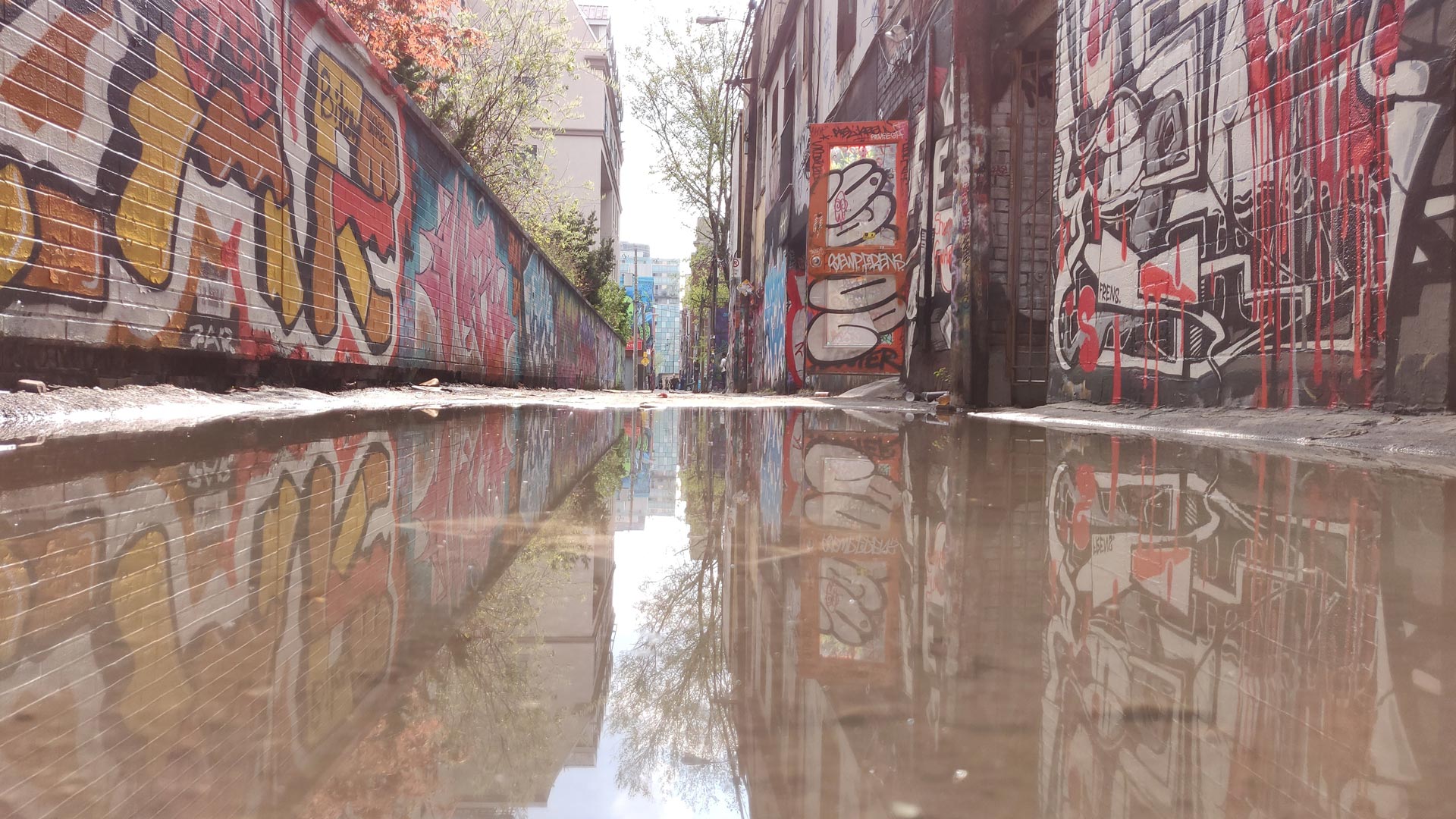 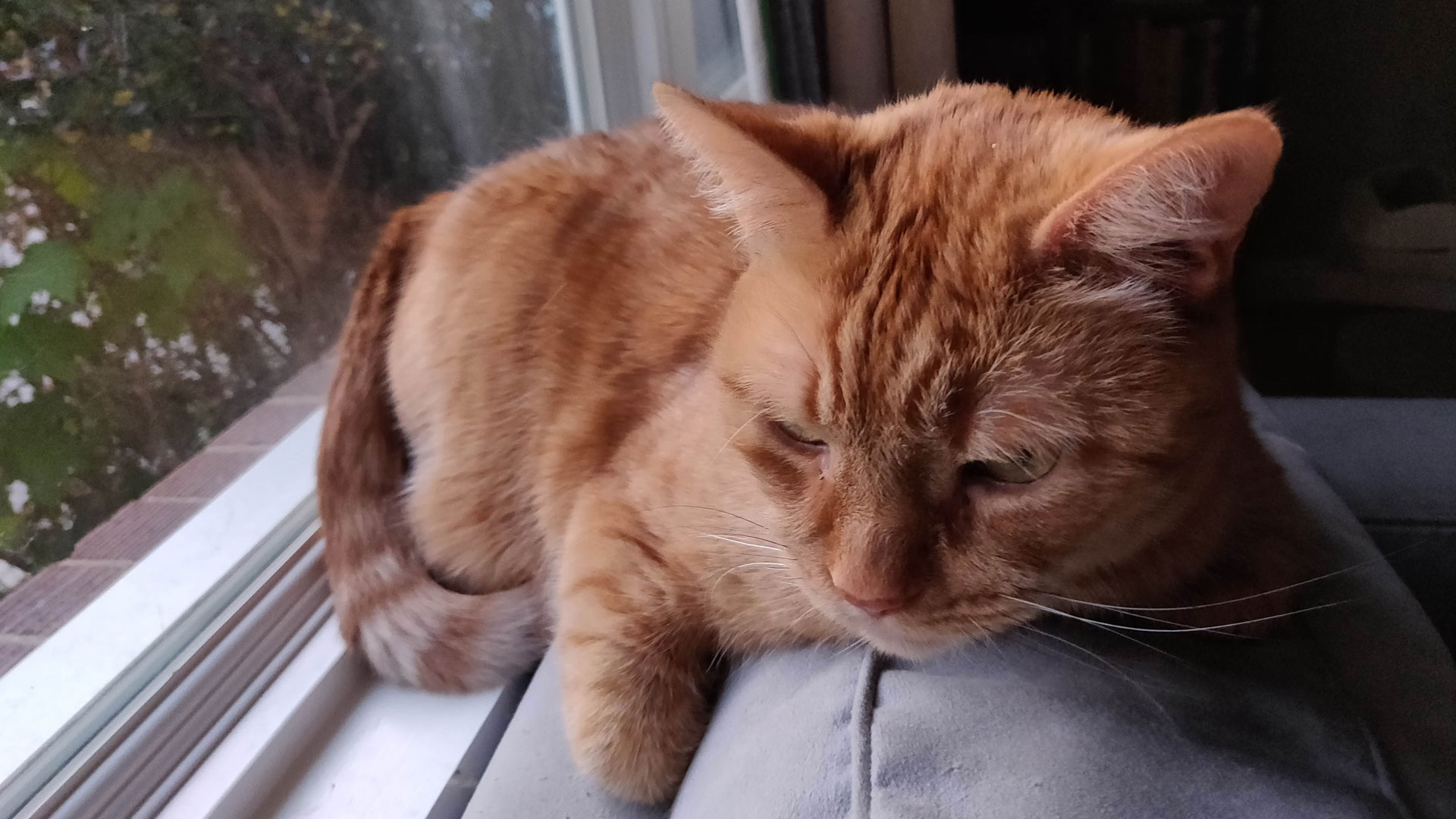 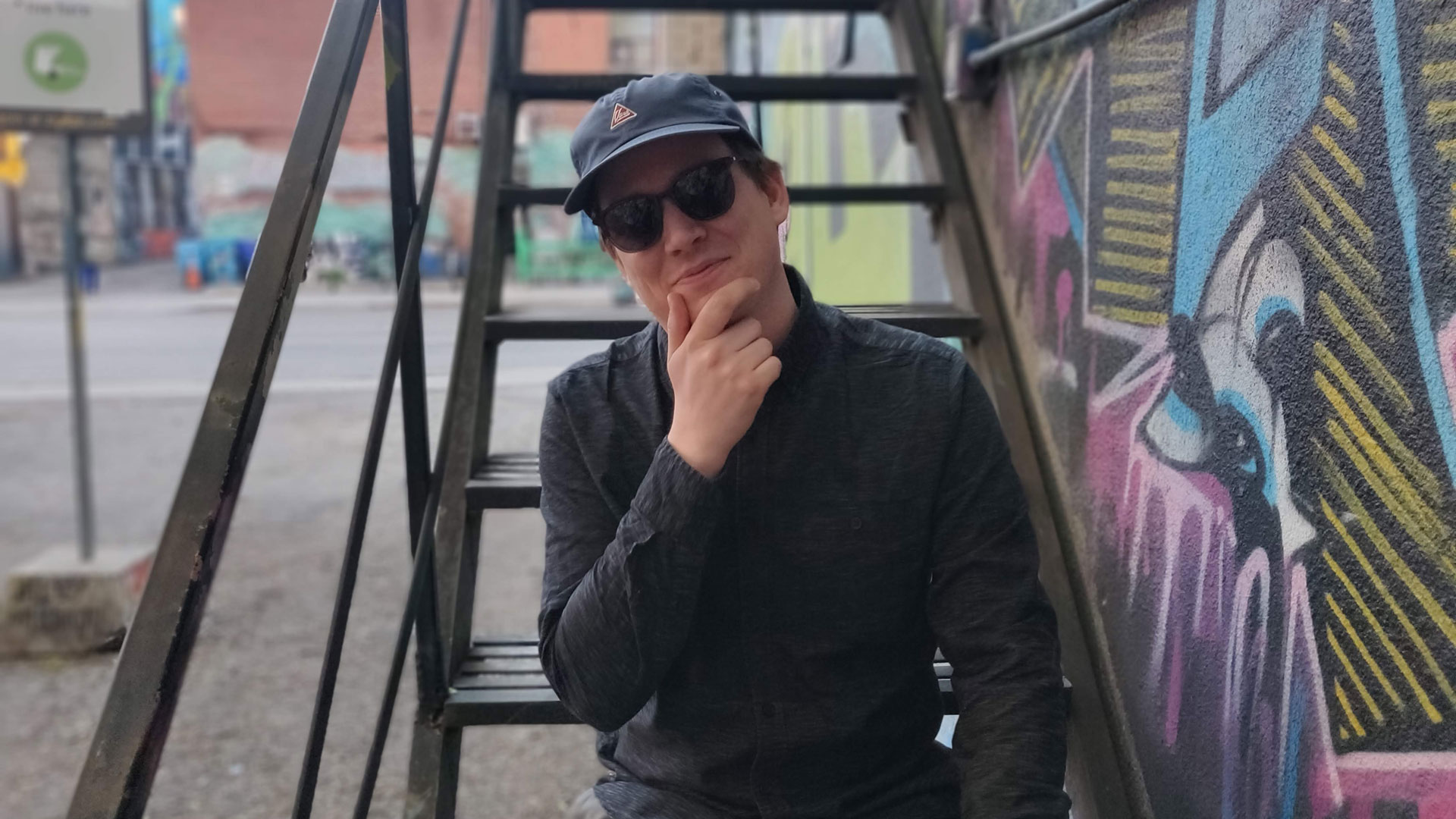 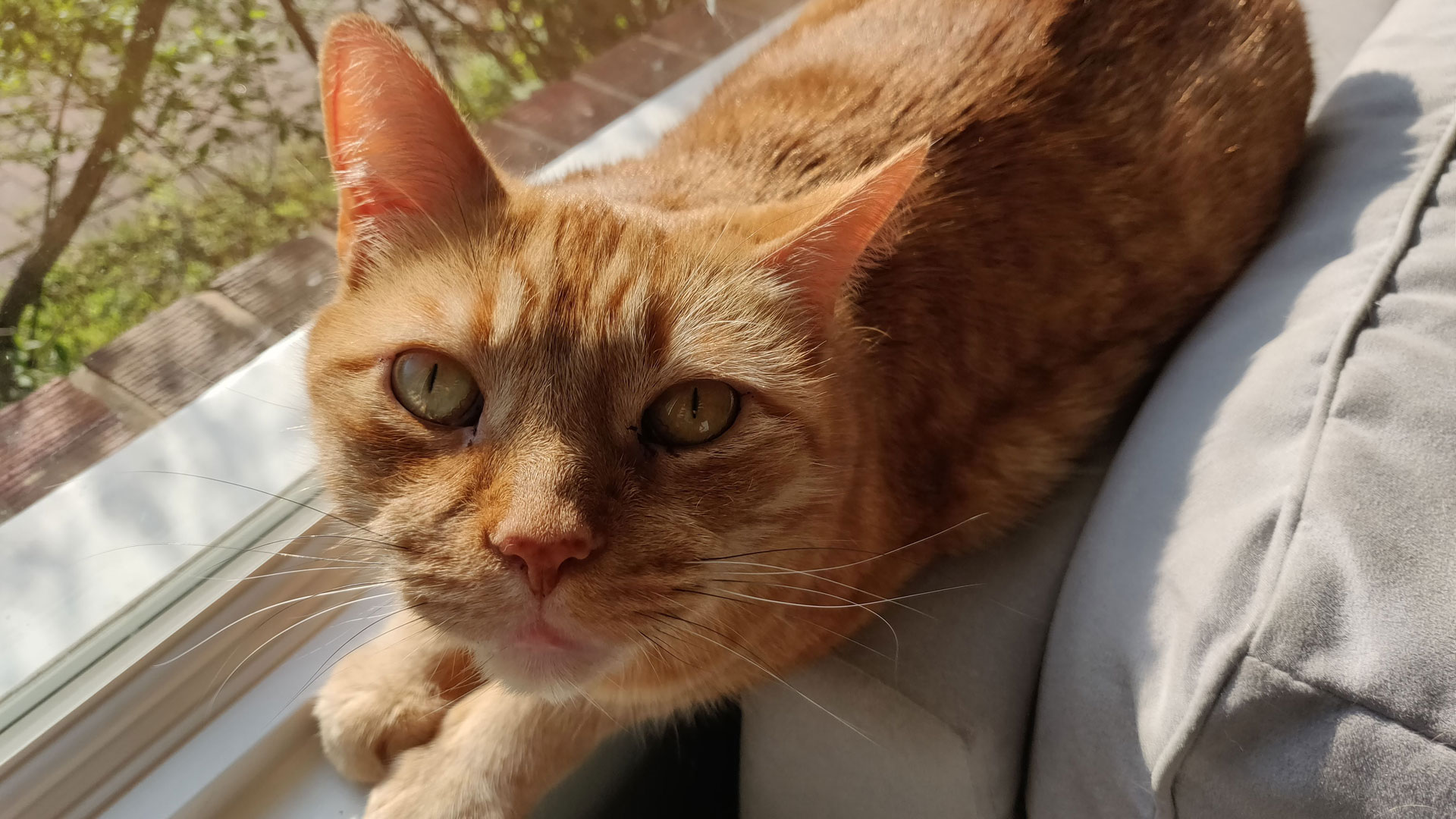 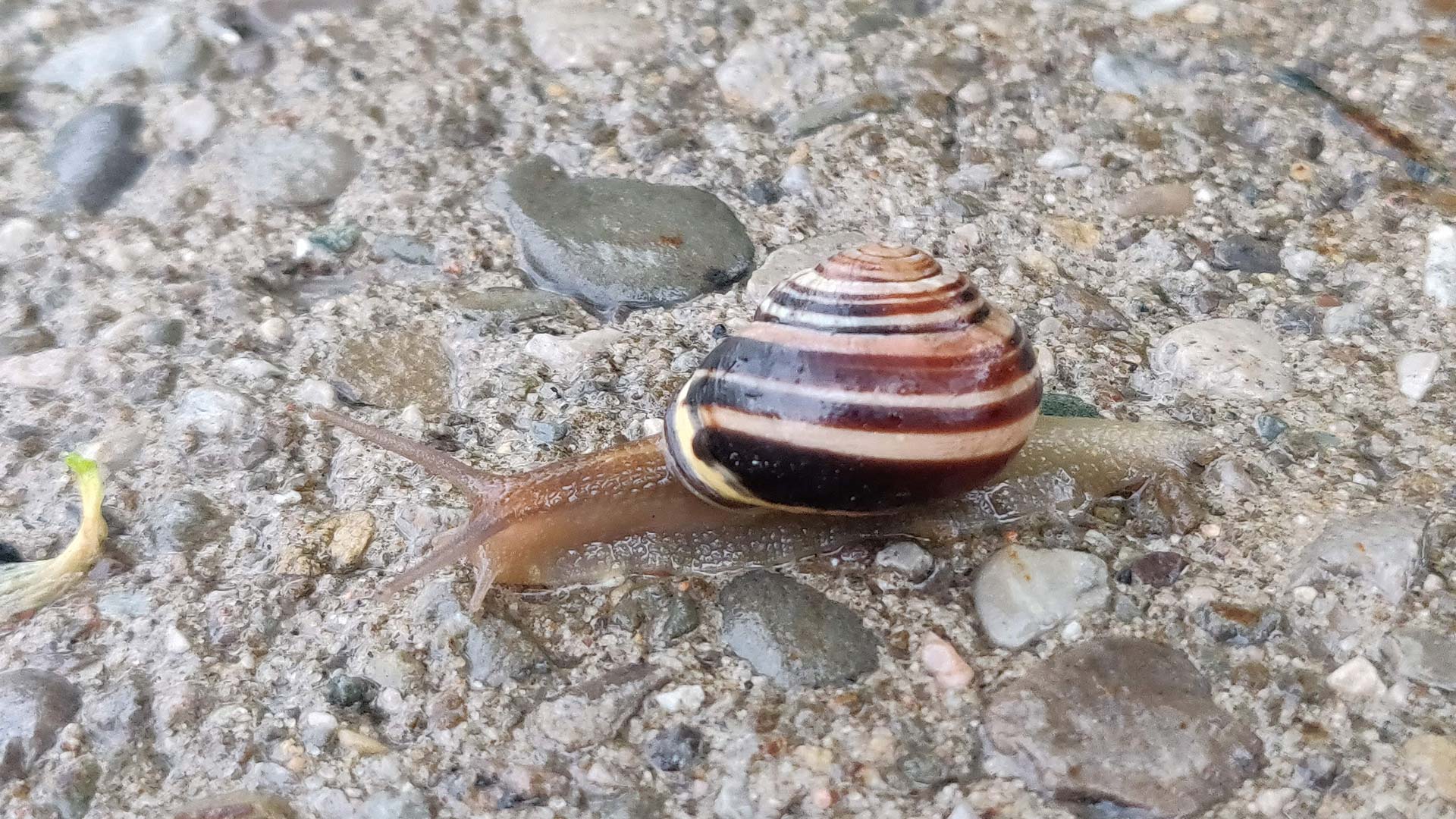 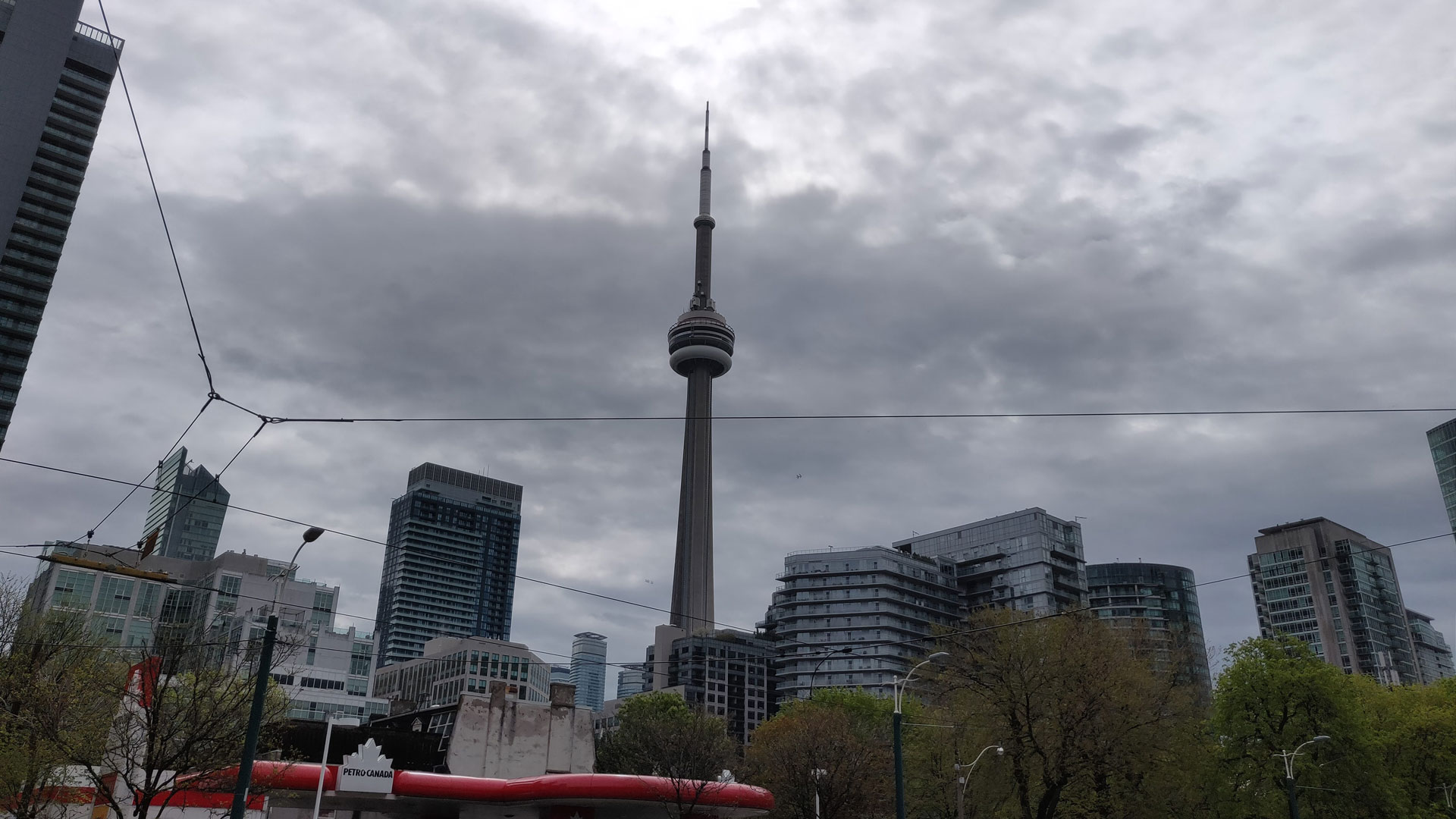 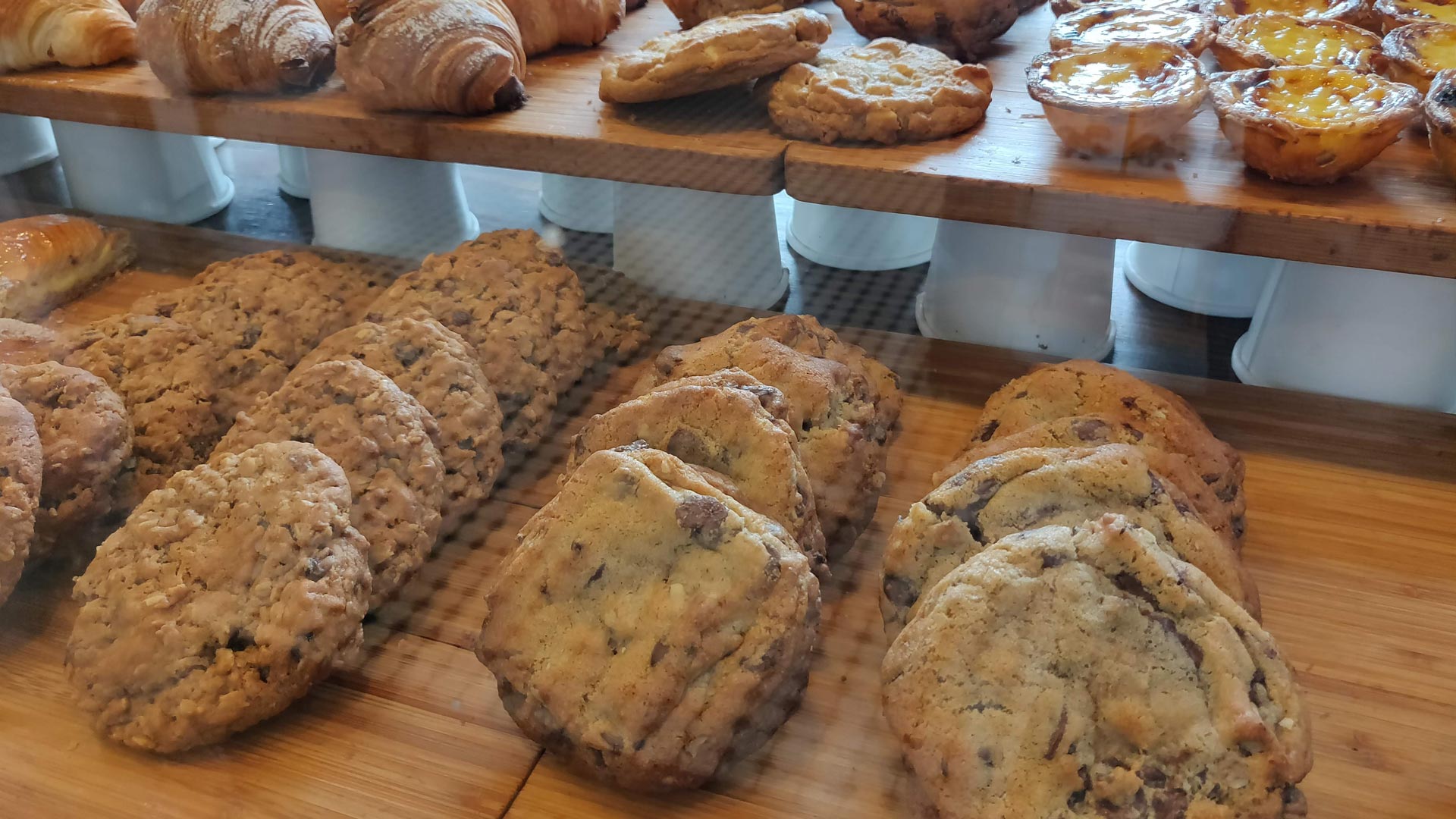 Video performance is similarly improved, largely thanks to the addition of OIS, which helps smooth out footage. The OnePlus can capture 4K video at both 30 frames per second (FPS) and 60FPS, as well as slow-motion video at 240FPS and 480FPS.

Software-wise, the OP6 includes a couple of new features, including a built-in video editor and new bokeh effects when using the included portrait mode. Later in the year, the company plans to add portrait mode to the front-facing camera. The more substantial improvement is the phone’s light metering software. In my time with the OP6, the phone has almost consistently nailed the exposure of shots.

Of course, the camera is not without its issues: its HDR functionality is not as robust the Pixel 2’s, with particularly challenging scenes causing it to blow out highlights, and it doesn’t include all the nifty features that come included with the P20 Pro. However, for the first time, it doesn’t feel like less than stellar camera quality is the trade-off you have to make when buying a new OnePlus smartphone.

Coming into the launch of the OnePlus 6, most of the conversation has been centred on OnePlus’ decision to borrow the iPhone X’s display notch.

It’s a shame, too. Since the fact of the matter is we’ll likely to see almost every major smartphone maker adopt the notch sooner or later.

The more interesting story with the OnePlus 6 is that OnePlus has finally made a competitive camera. If inductive charging is not important to you, then it’s the easiest OnePlus smartphone to recommend yet. While it’s true the OnePlus 6 still asks potential buyers to make several compromises, the phone offers significant value at several hundred dollars less than the competition.

The OnePlus 6, with 6GB of RAM and 64GB of internal storage, starts at $699 CAD and is only available in Mirror Black. If you have an extra $70 to spare, then I would recommend the $769 model, which comes with 8GB of RAM, 128GB of storage and is available in all three colours.

"It’s the easiest OnePlus smartphone to recommend yet."