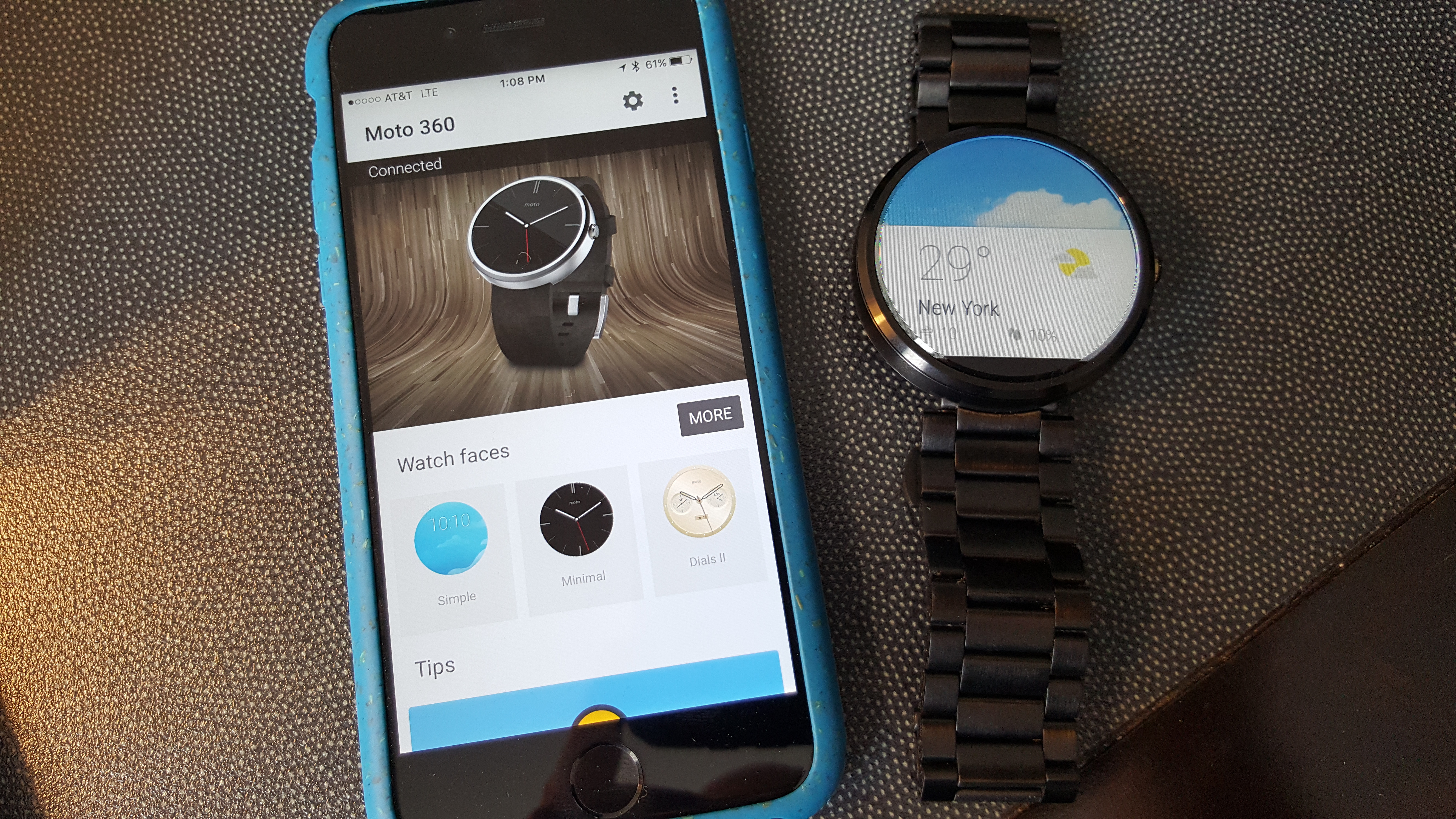 Android Wear now works with the iPhone, courtesy of a new app available today from Google.

Google worked with the current Bluetooth stack available on iOS to develop a dedicated Android Wear app that is currently rolling out today. There are some limitations — functionality is a lot like Pebble’s on the iPhone — but by and large the feature set is quite robust for a non-native platform. Just don’t expect to reply to texts and emails unless you’re all-in on Google’s iOS apps.

The downside is that the number of Android Wear smartwatches that officially work with iOS at launch are minimal, and only one is currently available: the Huawei Watch; Asus’ ZenWatch 2; and LG’s Watch Urbane, which currently retails for $399 CAD.

(Older Android Wear devices running the latest software, version 1.3, can connect to the new iOS app and pair with iPhones 5 and above, but they’re not “officially” supported by Google, at least not yet. I’ve managed to connect my Moto 360 to the iOS app without issue.)

Pairing with the iPhone is terribly easy: just download the companion app, and connect the Watch over Bluetooth. The smartwatch will require a factory reset if it is currently connected to an Android device, but that’s par for the course on all Wear products, even when switching between Androids.

Since Android Wear doesn’t have the same type of system level access as the Apple Watch, certain features are not available. Notifications can, of course, be received and dismissed from the watch, but it’s not possible to download third-party apps, since they would need to be distributed through the App Store. Similarly, Google is curating a small set of watch faces, but the choices are limited compared to that of Android.

Google’s recently-announced WiFi support for devices like the Moto 360 is also not available through iOS, though it’s unclear if that’s a technical limitation or just a choice to continue to show support for Android on a high level. The app only supports a single Google account, too, which is frustrating if you rely on incoming email notifications from both personal Gmail and Google Apps accounts, like I do.

What is available, though, is quite amazing: Google’s own apps like Gmail and can be used to reply through the watch, and Google Fit allows for remote fitness tracking. It’s also possible to say, “OK Google” to connect with Google Now, the cards of which are still updated through the official iOS app. Google will also block duplicate notifications from email and calendar apps.

Google says that all future Android Wear devices will have iOS support baked in, and there appear to be a bunch on the horizon launching very soon. With Google’s smartwatch ecosystem running the gamut from super cheap to ultra expensive, this is clearly a gambit to get ahead of the Apple Watch’s perceived dominance in the space, which arrived quickly and is unlikely to abate.