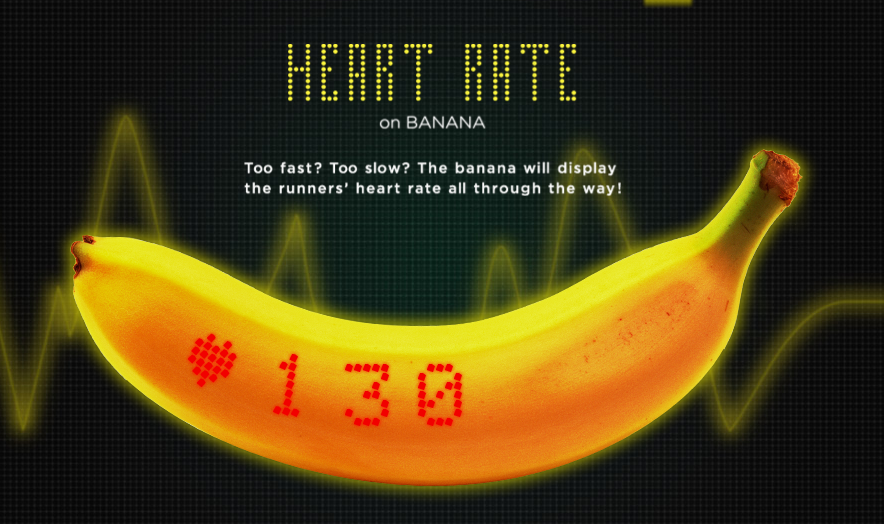 The wearable industry is still very new, but one thing everyone seems to agree on is that there’s no end to the possibilities. From the Muse brainwave sensing headset to wearables for dogs, we’ve seen some pretty unique devices in the last year alone. However, the weirdest so far has to be this “wearable” banana from Dole.

As part of the prep for the Tokyo Marathon, Dole has announced what it’s calling the world’s first edible wearable. This is a banana developed for runners and can measure heart rate as well display lap time and messages from cheerleading friends and family. Once the race is over, you can eat the banana.

It sounds magical, but the reality is a lot more primitive than you’d think, and you won’t actually be able to buy one of these. Dole basically sliced open the banana’s peel, threw in some ultra compact LEDs and a battery and then stitched ‘er back up. A Dole spokesperson confirmed the presence of a battery, the ultracompact LEDs and “other electronic components” but didn’t elaborate any further on the specs.

The end result is still a pretty amazing feat though, especially when you consider that a runner will actually be carrying the banana during the marathon this Sunday. You can even send the person messages using Dole’s website.