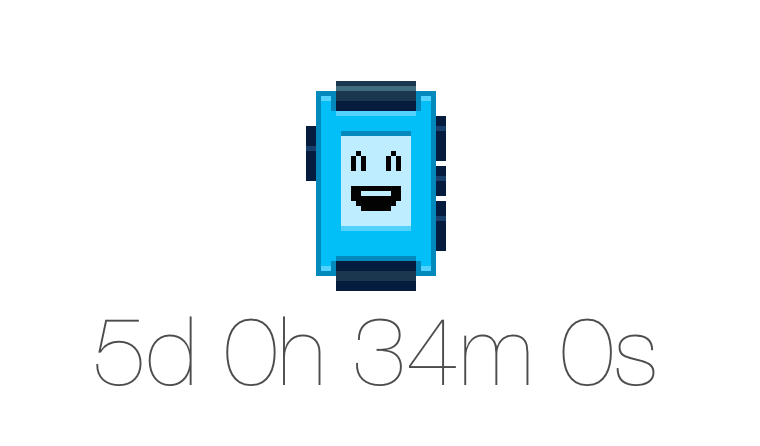 We’ve seen a lot of teasers for new products and events over the last few weeks but none as puzzling as Pebble’s countdown to Tuesday.

With most companies, we have some idea of what to expect when a cryptic invite or countdown hits the web. The rumour mill usually has chins wagging long before we get to that stage. With Pebble, the opposite is true. The countdown went up, and the rumours started flowing.

According to 9to5Mac, the announcement is for the Pebble 2. This watch will be thinner than the current generation model (thankfully) and will also be available in colour.

9to5 cites multiple sources that say the display will be wider and epaper-like but won’t be touch sensitive. The Pebble 2 will also have a microphone, voice recognition, and a better backlight. Perhaps most interesting is a mention of ‘smartbands’ equipped with sensors that will add functionality as time goes by.

Pebble is also revamping its OS, which has supposedly been redesigned from the ground up. It will include a timeline view of recent notifications as well new animations throughout the entire UI.

The smartwatch market is a vastly different space than it was two years ago when the first Pebble launched. What’s interesting is that Pebble doesn’t seem to be trying to match these new players and their devices blow for blow. There’s still no touch functionality or heart rate monitor, for example, but Pebble has remained focused on what it thinks is important, like battery life. Though the company just recently added support for Android Wear notifications, if the above rumours are true, the new Pebble will be very much an updated version of the old Pebble as opposed to an entirely new ‘smartwatch’ that’s more in line with popular Android Wear devices.