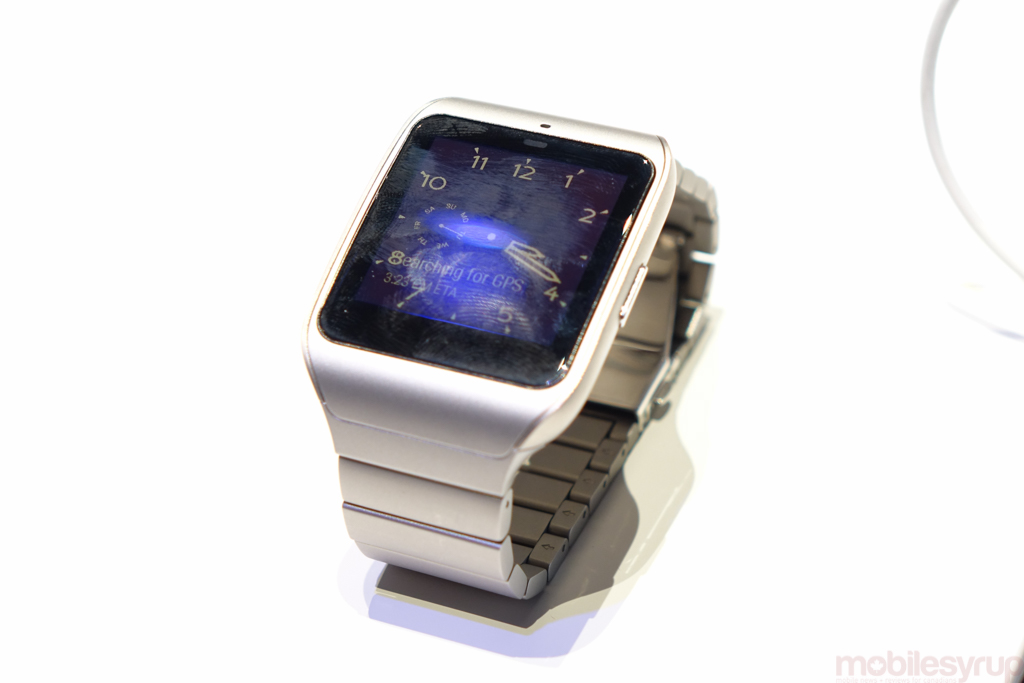 Sony didn’t have many mobile-related announcements this week — the Xperia Z4 smartphone we expected mercifully (for existing Z3 owners) didn’t appear — but it was showing off the newly-announced stainless steel version of the SmartWatch 3, which launched in late September.

By bedecking the Android Wear accessory in a material usually reserved for high-end timepieces, Sony is hoping to realign the reputation of the sports-focused product. And since the strap is easily removable, the company hopes to entice potential customers to purchase one or more alternatives. 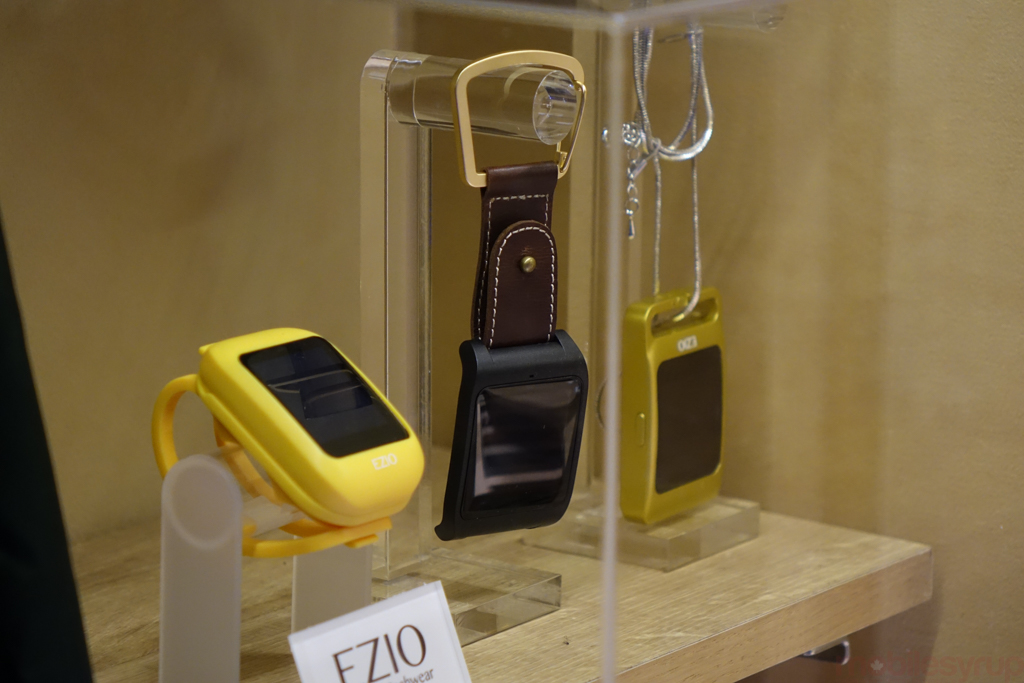 To that end, the company has partnered with accessory maker Ezio to create a bevy of prototype alternative carrying methods to the traditional watch strap. You can see the potential here: a small smartwatch face attached to a belt, or affixed to a bike. Sony even envisions it hanging over one’s neck. 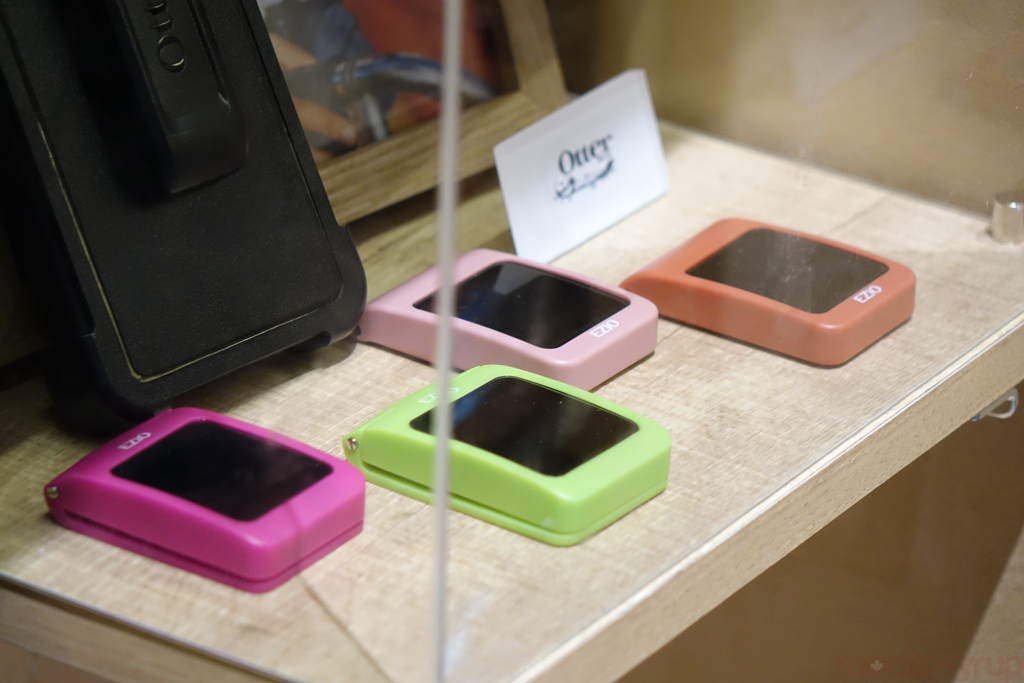 While the proliferation of alternative forms of carry may not seem important on their own, Sony sees a market (or an aftermarket, at least) for smart things conveying similar information to a smartwatch but available in other places.

The wrist is a hot commodity at this point: activity trackers, authenticators, and regular forms of jewelry all vie for every person’s two naked arms. 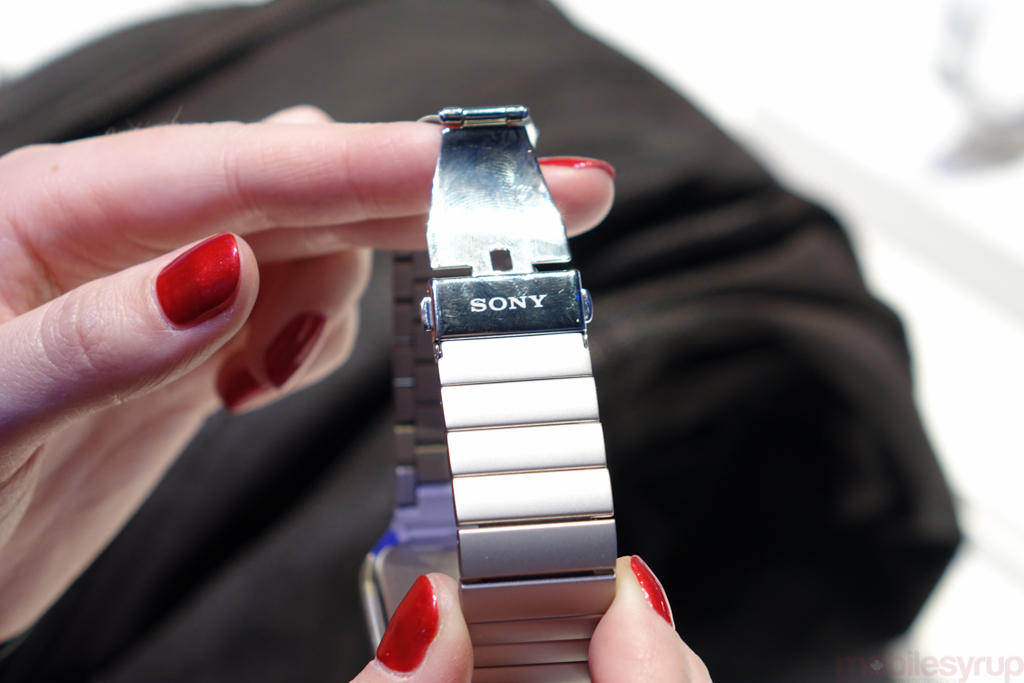 Back to the SmartWatch 3 itself, Sony uses a slightly flexible link band with a traditional adjustable clasp. Unfortunately, the company has not changed the screen at all, which is still quite bland compared to alternatives from LG and Motorola. 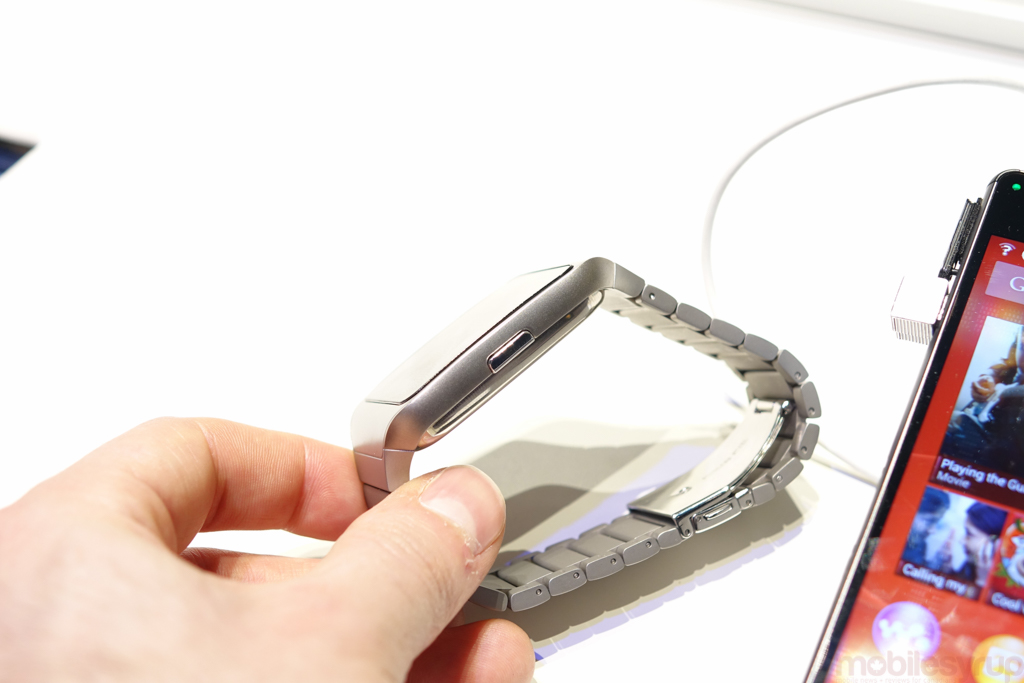 Sony hasn’t mentioned exact pricing for the stainless steel version, but it’s inevitably going to top the $279 of the sporty rubberized version, potentially pushing it into the high-end enthusiast camp. It’s still going to come in cheaper than the entry-level metal Apple Watch, a product that Sony is clearly aware of with this announcement.

Global availability is scheduled for February, but no Canadian announcement has been made at this point.