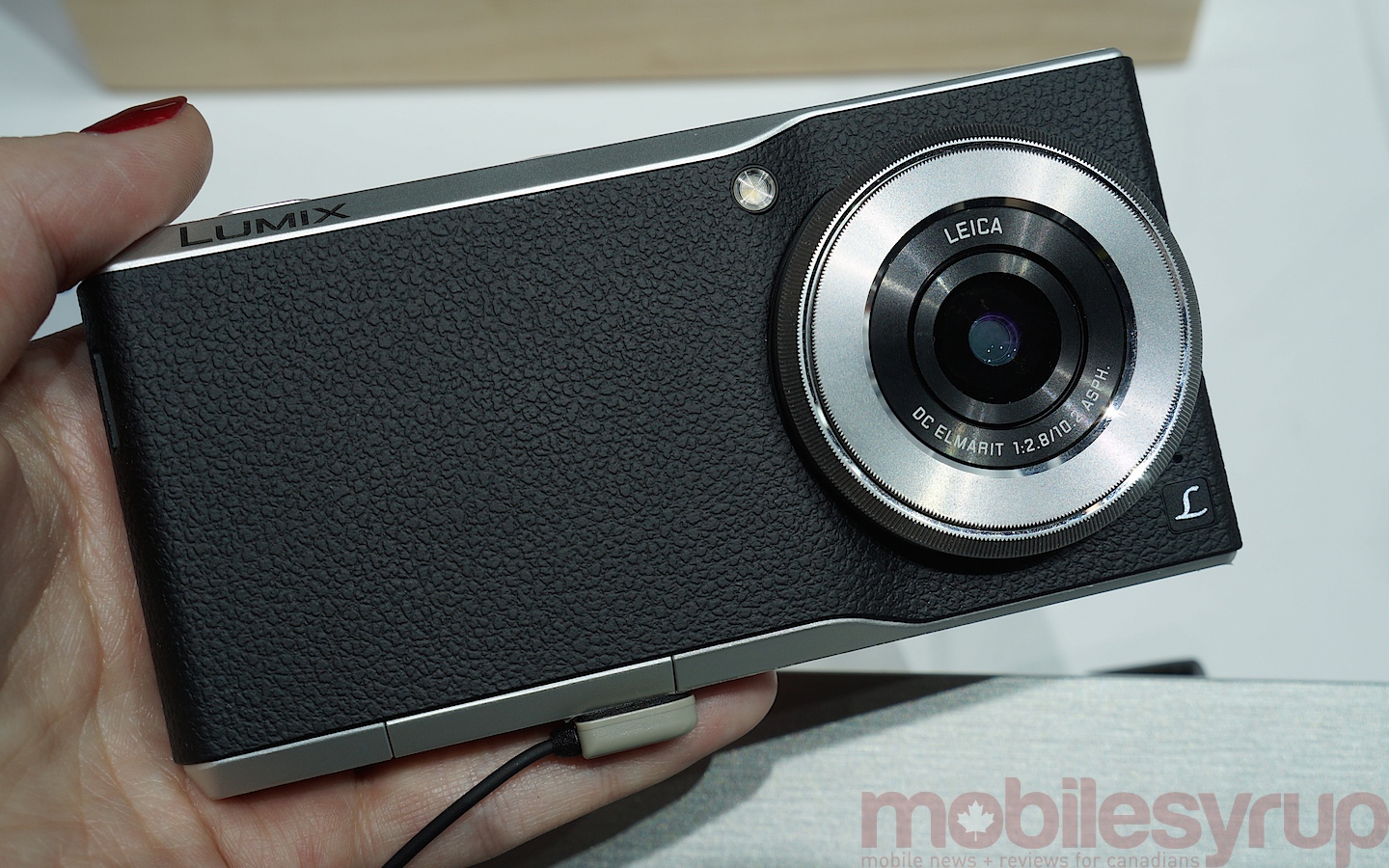 Phones were pretty scarce at CES this year. Alcatel OneTouch had a few, BLU had seven, and Lenovo announced two new ones that won’t ever comes to Canada. But the show floor was, for the first time in many years, devoid of the usual sea of smartphones. Suffice to say, we were pretty surprised when we started hearing, “Panasonic phone” around the press room.

We hit the Panasonic booth on Friday morning to see this things for ourselves. The phone turned out to be the Lumix CM1, which was announced last September, but just became available last month. The device instantly reminds us of Samsung’s Galaxy Camera, but thanks to the iconic Lumix design and a manual control ring, the CM1 feels more like a camera than Samsung’s line ever has. 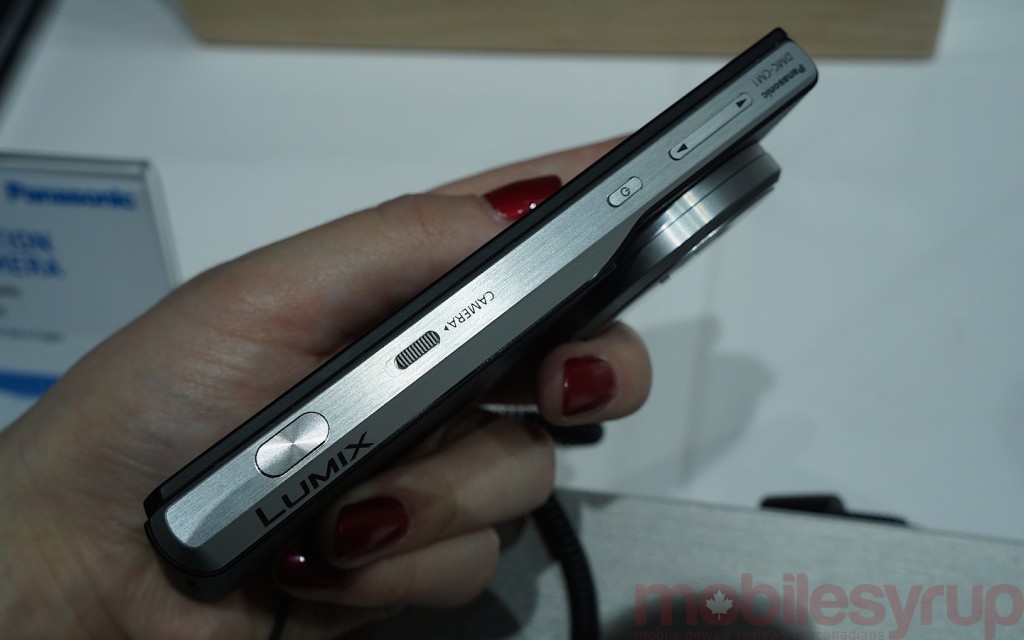 This carries through to the controls themselves, where Panasonic has replicated all of the settings of its point-and-shoot line. Though many phones nowadays allow you to alter certain parameters of a shot, the Lumix CM1 goes the extra mile with various shooting modes, as well as the ability to tweak ISO, exposure, aperture, white balance and more. 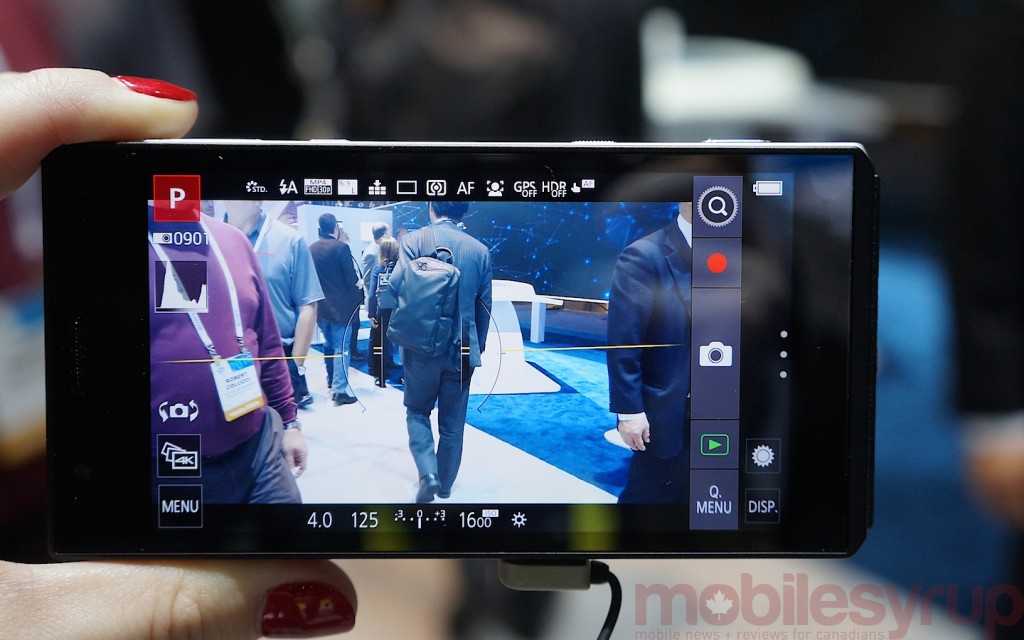 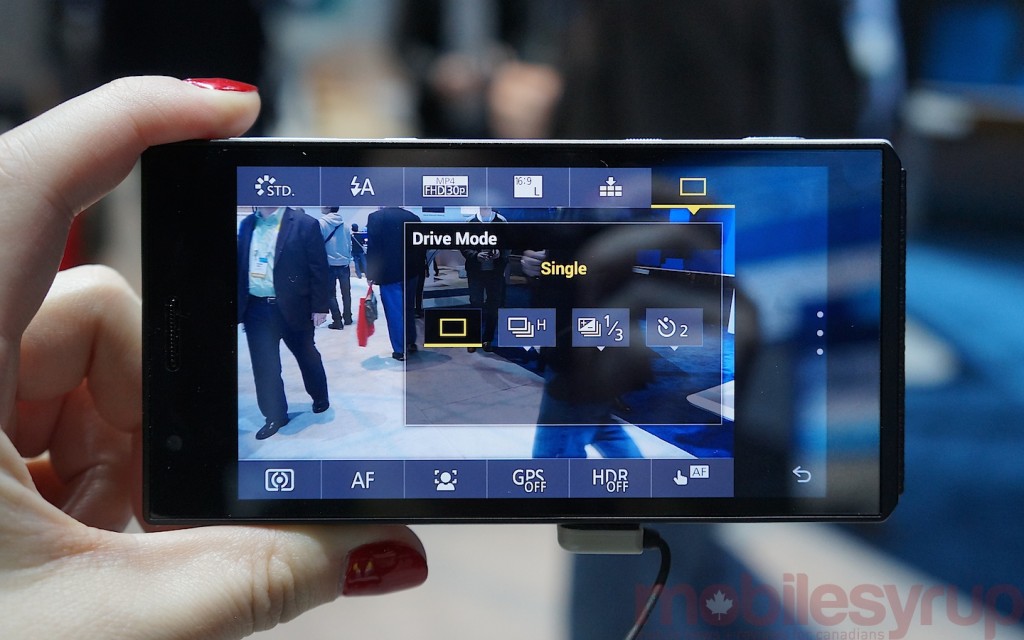 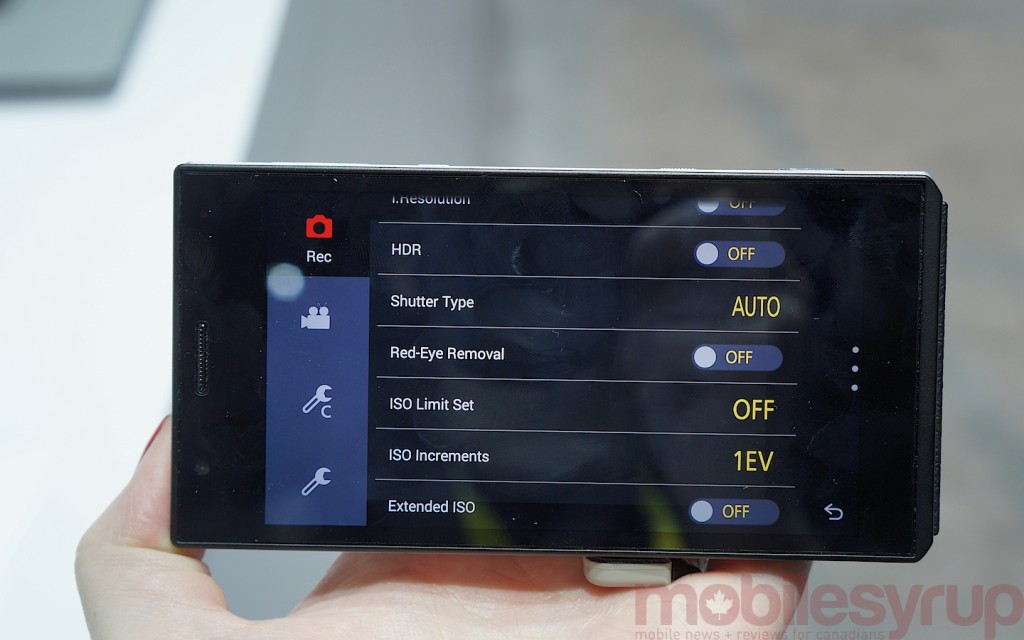 This phone can also shoot video in 4K @ 15 fps and has a 4K burst mode. Software aside, your 20MP photos are made possible by a one inch MOS sensor paired with a Leica f/2.8 lens. The function of the manual control ring we mentioned earlier can be customized depending on what you want and a dedicated shutter button offers half pressure focus. 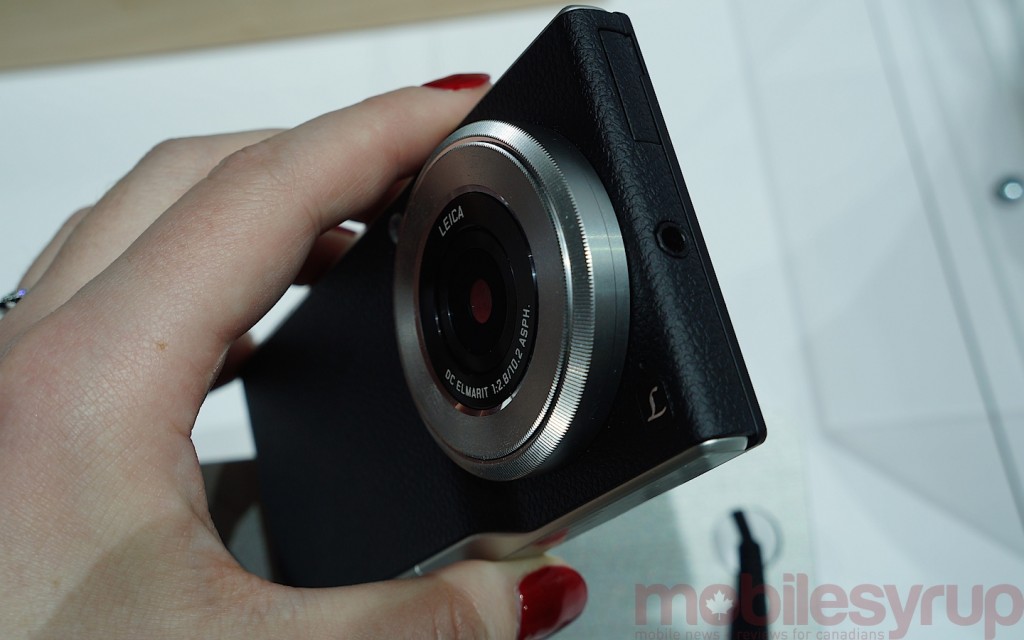 Outside of the camera, the CM1 boasts a quad-core Snapdragon 801 with a 2.3 GHz CPU, Adreno 330 graphics, 2GB of RAM, a 4.7-inch 1080p display, 16GB of onboard storage, up to 128GB via MicroSD, a 2,600mAh battery, and support for LTE. It’s running an almost stock version of KitKat that contains very little in the way of customizations outside of the camera and gallery apps. 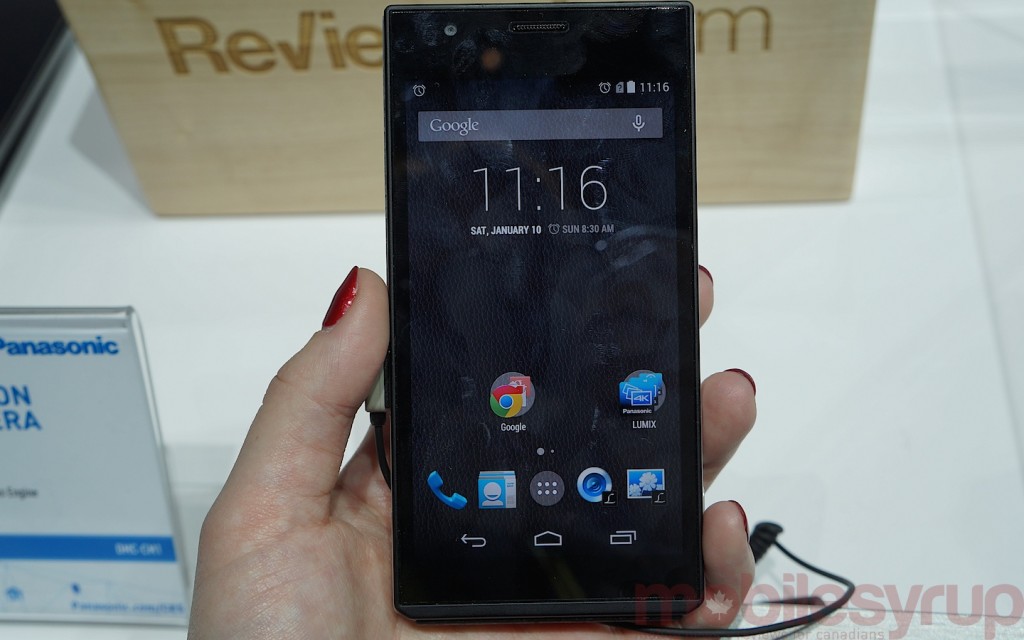 Previously only available in Europe, the CM1 is headed to the U.S. this summer and will apparently be priced at $1000 unlocked direct from Panasonic.

Nikon returns to the Android camera game, bringing the 16MP S810c to Canada in May for $370