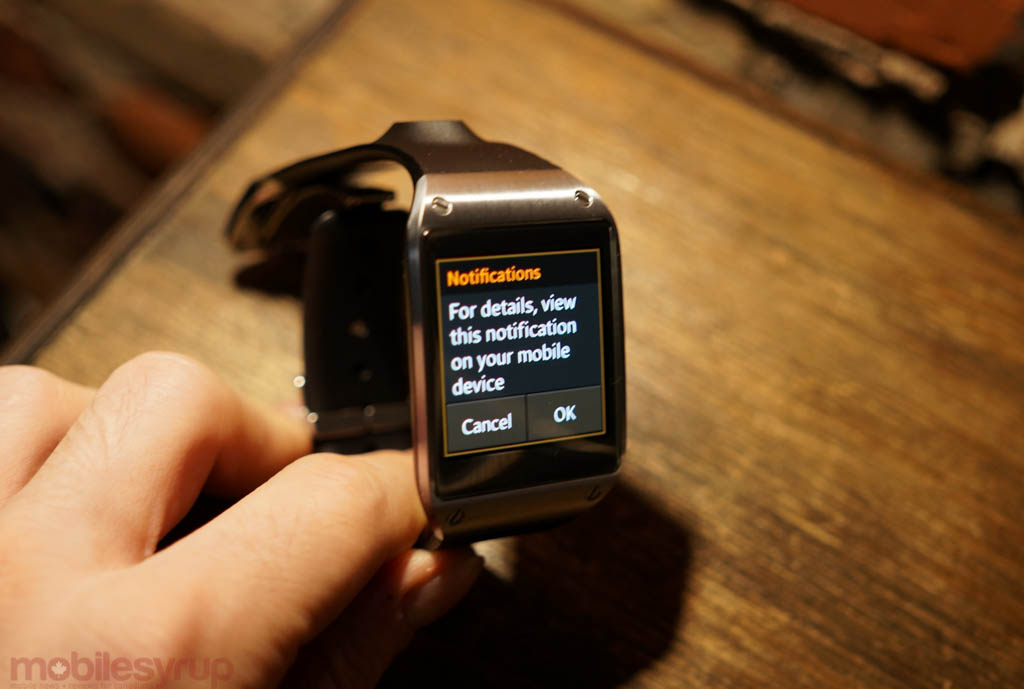 Yesterday we reported that Bell is planning to upgrade the Samsung Galaxy S4 and S4 mini to Android 4.3 Jelly Bean on November 23rd. This will bring a number of desired features, including compatibility with the Galaxy Gear.

In a press release today, Samsung has stated that the Galaxy S3 and Note II will also receive an update “starting on November 29th,” but noted “timing varies by device and carrier/retailer.”

To help increase sales of the smartwatch, Samsung Canada has decided to drop the Gear’s price by $50 beginning on the Canadian Black Friday (November 29th until December 2nd). The Gear costs $329.99 today, but those interested in saving a few bucks will want to grab this for $279.99. Perhaps we’ll even see a further price drop for the big Q4 push.