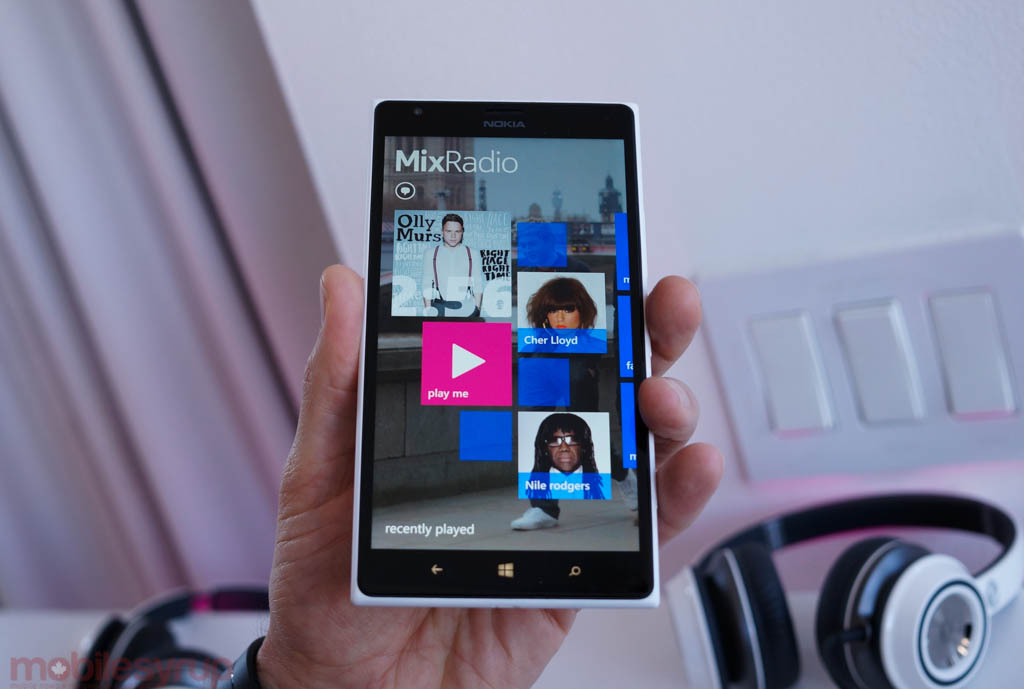 When Apple introduced the iPod in 2001, the idea of holding 30 million songs in your pocket was a little bit unrealistic. Back then, 500 or 1,000 songs was sufficient, as the dancing silhouettes needed no more than a dozen albums to get them through the day.

As we’ve progressed through the plodding, insecure years of the iTunes era into something more tangible. yet equally ephemeral, digital radio services like Pandora, Songza, Slacker, and now Nokia MixRadio, move the dial ever more in the direction of “try before you buy.”

Nokia MixRadio is the evolution of Nokia Music, which has been available for free on all Lumia devices since the launch of Windows Phone 8 in late 2012. The idea is simple: users can pick an artist or category and listen, without ads or breaks, for free. MixRadio ostensibly adds to the experience by introducing “Play Me,” a personalization algorithm powered by The Echo Nest, which learns the tracks you like, dislike or favourite, and infers listening tastes accordingly. 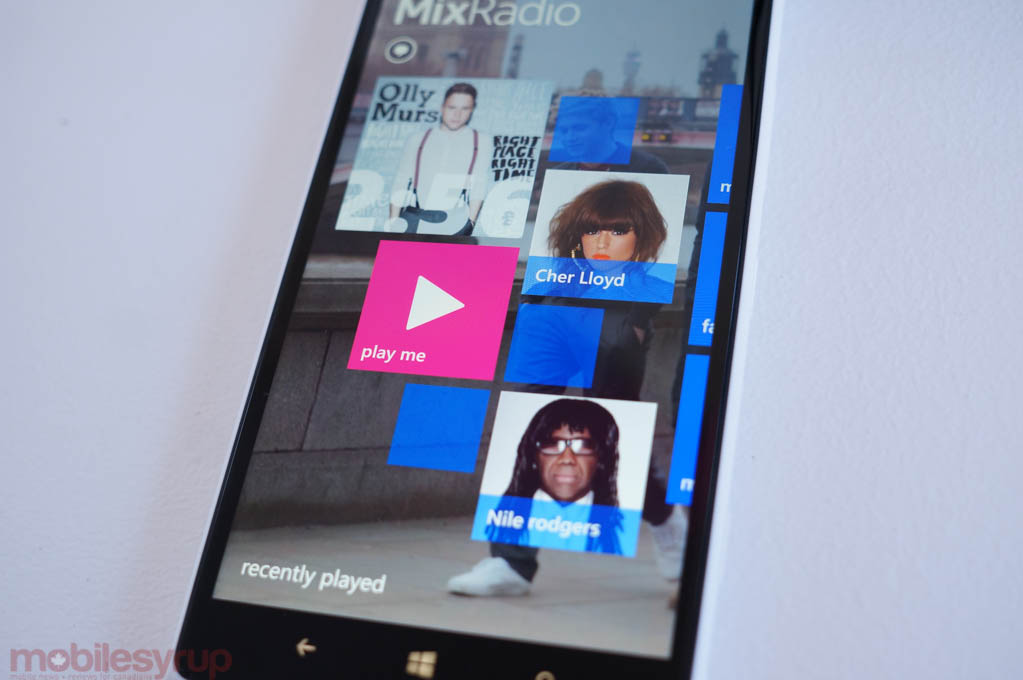 To that end, MixRadio is like Rdio’s Stations feature, but is integrated directly into Windows Phone, and is completely free. MixSharing, another aspect of the service, allows users to package and share up to three tracks for social media friends and followers to listen to and digest, without having to own a Nokia device or use Windows Phone.

At this point, it’s not clear whether Nokia MixRadio will continue to exist separately from Xbox Music, which is more of an a la carte offering, in the long term, but in the immediate future these services remain distinct. It’s also unclear whether, aside from a value added service for Lumia users, MixRadio really tears allegiances away from incumbents like Rdio, Deezer, Songza, Pandora and Spotify. Though the Windows Phone ecosystem is less comprehensive than its iOS and Android counterparts, many of the top streaming music apps are available, and offer similar functionality to MixRadio.

Nokia is counting on the loyalty of its customer base, as well as the simplicity of the service itself — there are no signups or logins — to find success. We had a chance to play with the service on the company’s newest handset, the 6-inch Lumia 1520, and came away impressed with the underlying depths. Lyrics scroll through the feed as the song plays, and scrolling to the right reveals information about the artist, upcoming concert dates and playlists in which the artist is featured. 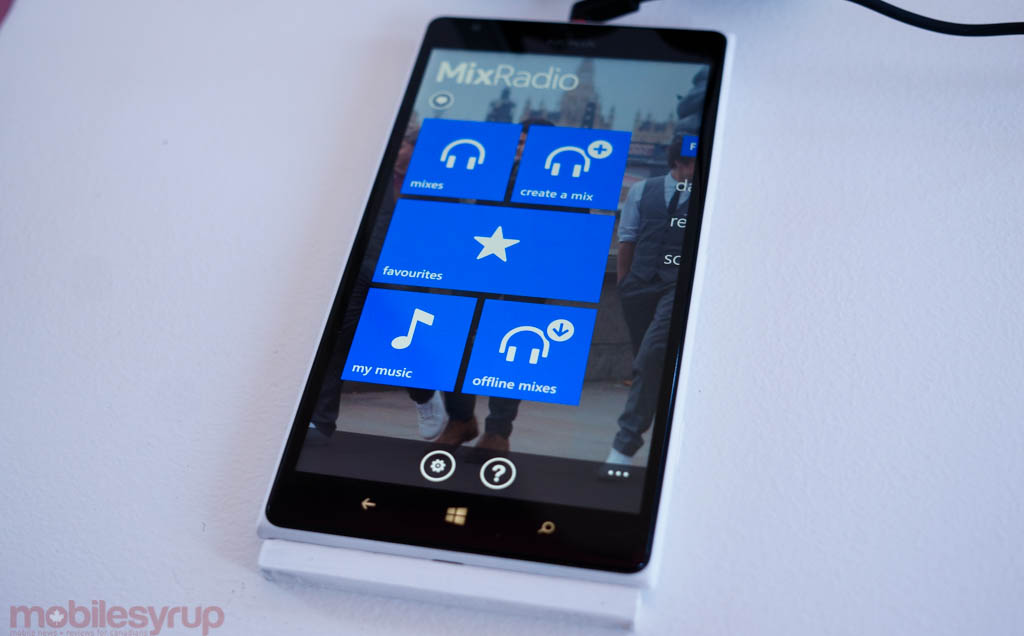 This brings us to one of the best aspects of the service: mixes. Though it’s possible to press “Play Me” and never have to curate a playlist yourself, Nokia has teamed up with well-known producers like Nile Rodgers and Deadmau5 to create genre-specific mixes which can be saved for offline listening later. Think Songza but better and easier to use.

Though the service does offer a $3.99/month premium option, which offers unlimited skips, increases the amount of offline caching and ups the bitrate to 192Kbps (the free tier plays back at 32Kbps AAC+), the free tier is extremely compelling, especially as something that comes pre-installed on all Lumia devices, from the $150 Lumia 520 to the $700 Lumia 1020. 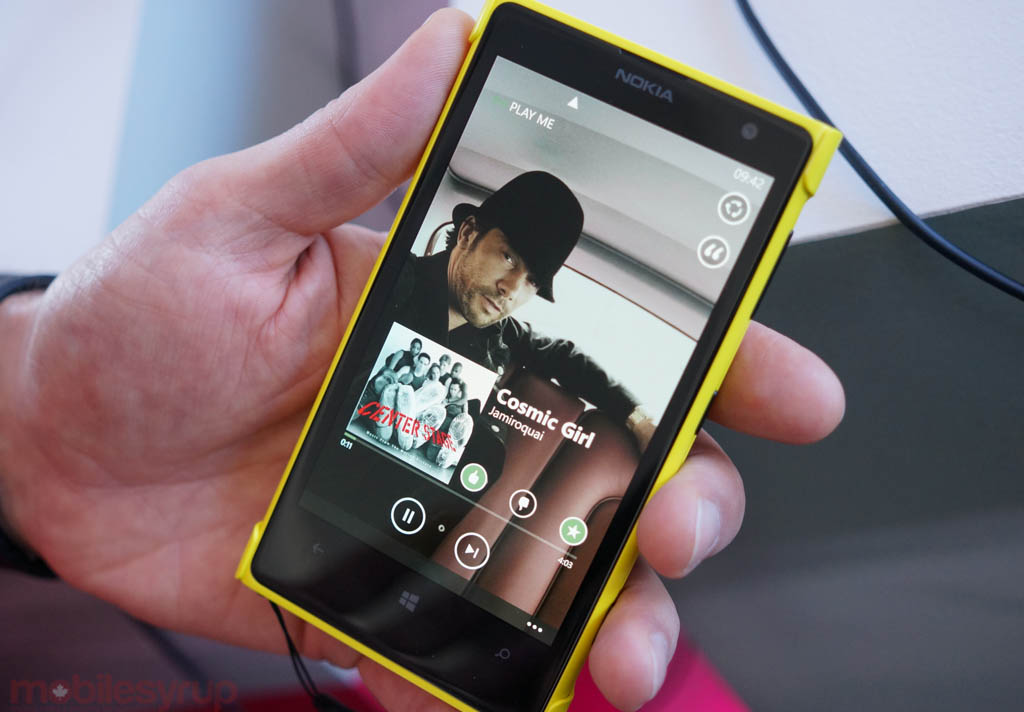 Tapping “like” or “dislike” on a particular song dynamically alters the forthcoming songs in the playlist, too, so eventually Nokia should know your music tastes better than you do. You can also create your own mixes by searching for up to three artists, which Nokia uses to invent an infinite list of streaming music. I was consistently impressed by the choices MixRadio made, and rarely skipped over a song.

Nokia MixRadio is rolling out today as an update to Nokia Music on all Lumia Windows Phone 8 devices. 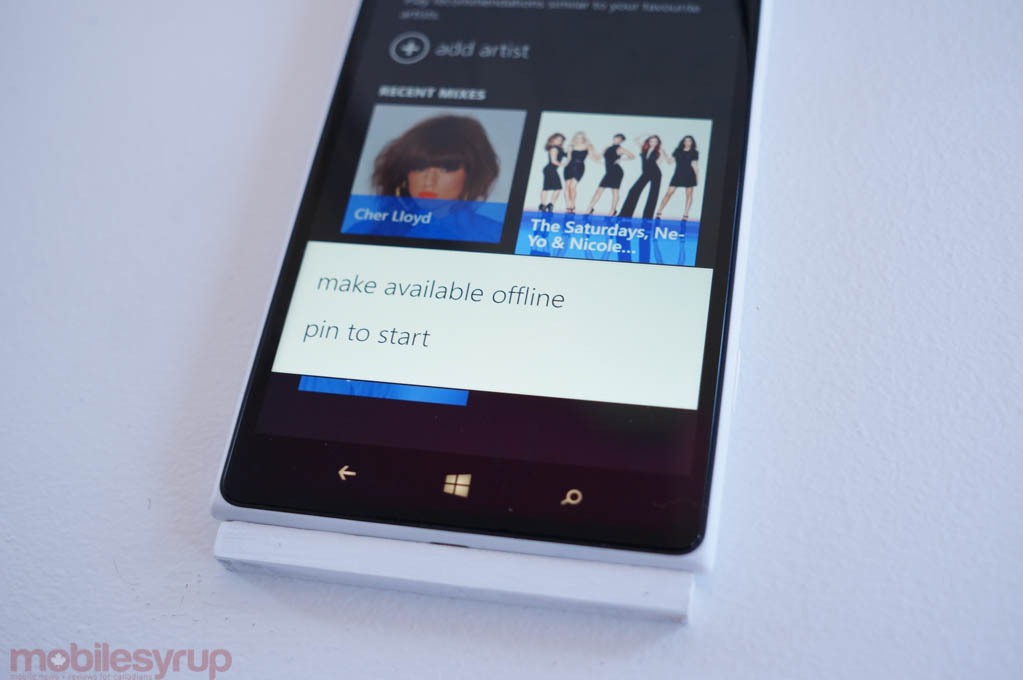 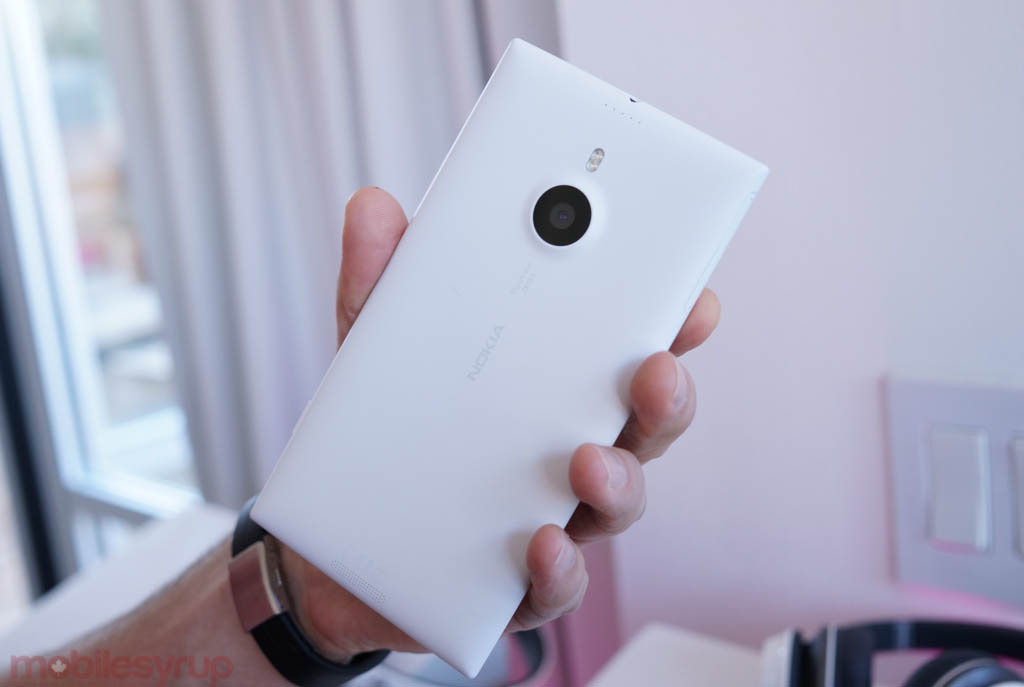