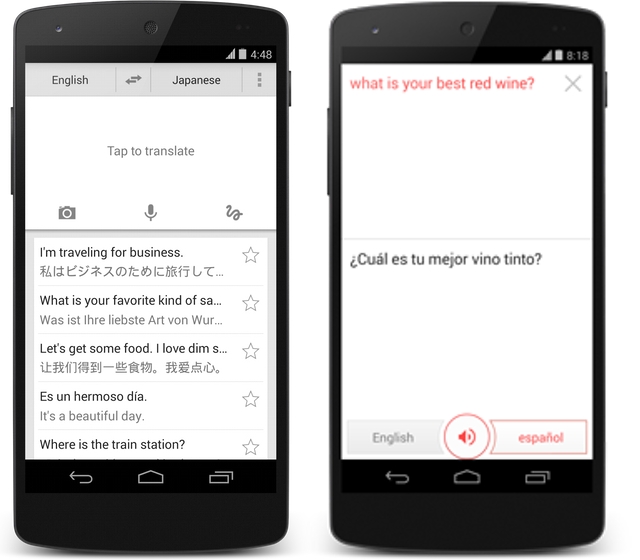 Google has given its Android-based Translate app an overhaul, bringing better speech translation and an improved conversation mode.

The new conversation mode allows two users to turn the phone back and forth and use the operating system’s built-in speech recognition to converse in real-time, albeit at the whim of a network connection.

The app’s design has been tweaked as well, bringing it more in line with the rest of Google’s ecosystem. There are new languages supported, too, including those that require handwriting; Greek, Hebrew and Esperanto are available in the new version.