Until Game Freak releases an update, you might not want to buy the latest Pokémon game 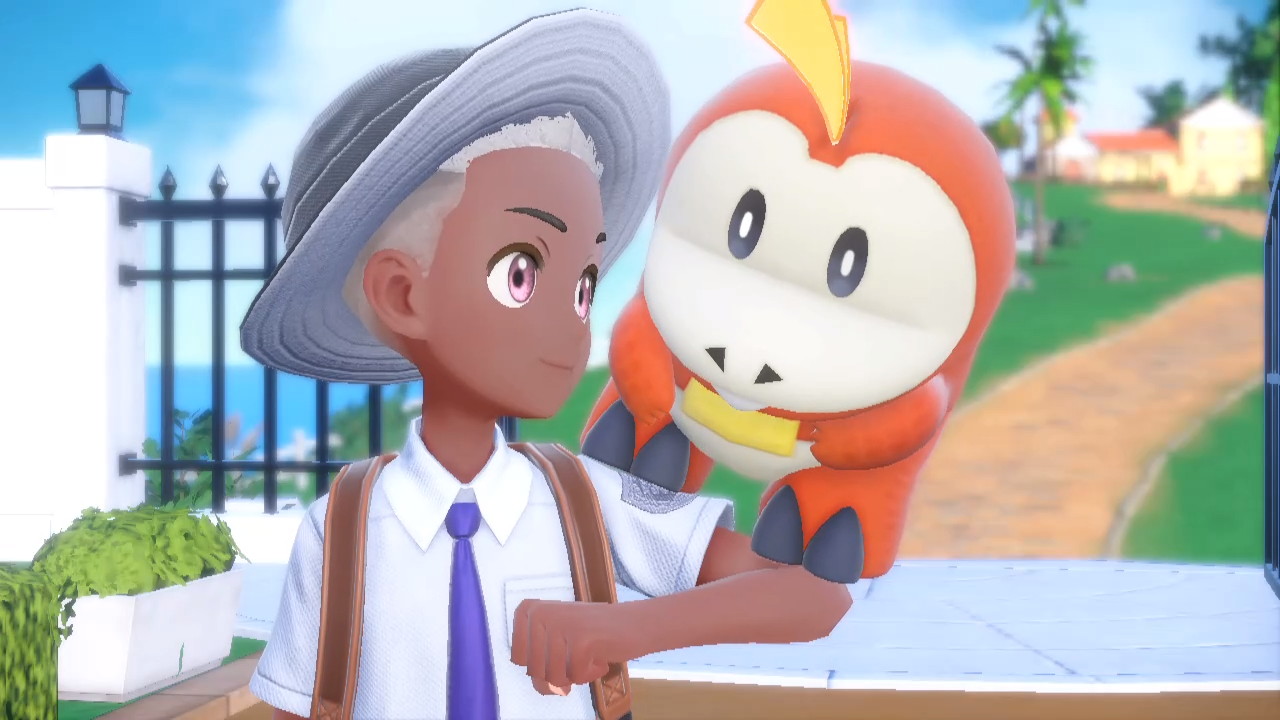 Scarlet and Violet offer some of the best new ideas implemented into the Pokémon franchise since the series started getting weirder after Generation 5’s Pokémon White and Black (back in 2010). The titles fix issues that avid fans have wanted rectified for years, and are altogether a better experience than Pokémon Sword/Shield or Pokémon Sun/Moon, some of the series’ most recent mainline games.

Unfortunately, these fantastic concepts and new features are overshadowed by disappointing visual glitches, game crashes and bugs. While I still had an outstanding experience during my time with Pokémon Scarlet and Violet, all of the issues make the game difficult to recommend.

It’s worth discussing the titles’ issues first, before delving into what’s good about the game.

Bugs and glitches aren’t new to Pokémon games. For example, capturing Mew and the infamous MissingNo. are two bugs in Pokémon Red, Blue and Green from way back in 1996/1997. However, no Pokémon game has had the number of bugs, visual glitches, and game crashes as consistently as Scarlet and Violet.

I experienced a few game crashes and visual hiccups like Pokémon falling off cliffs to their deaths, wild Pokémon walking through my battles, weird evolution glitches that create double Pokémon, ridiculous frame rate slowdowns, weird camera angles, Pokémon getting stuck in walls or the ground, and wall and ground clippings that are especially noticeable when catching Pokémon.

one of the weirdest pokemon glitches ive seen so far pic.twitter.com/ZxcEgnZ0zj

I’d also randomly encounter a problem where I can’t interact with the overworld and have to open my game menu and map before it starts working again. This is on top of nearly minute-long loading screens whenever I’m in a gym battle, and other 30-second game pauses that make it feel like the game’s going to crash at any moment. Overall, Pokémon SV is slow. Pokémon battles, talking to NPCs, navigating menus — everything about the title is incredibly sluggish, even for a Pokémon game. Some players have experienced glitches far worse than what I’ve encountered, which you can check out here.

Scarlet and Violet are supposed to be AAA titles, but they play like a pre-beta build of Skyrim. Sure, the Switch is an aging system, but that doesn’t excuse these games’ issues. For instance, Switch games like The Legend of Zelda: Breath of the Wild, Xenoblade: Chronicles 3 and even Pokémon Legends: Arceus run better than Scarlet and Violet. They’re also all on the Switch, with the former two also being completely open-world titles.

Game Freak and The Pokémon Company: this is inexcusable. It’s obvious Pokémon SV needed a few more months of polishing before release. I’m not sure what company is to blame, but the end result isn’t impressive as a long-time Pokémon game fan.

Three stories in one 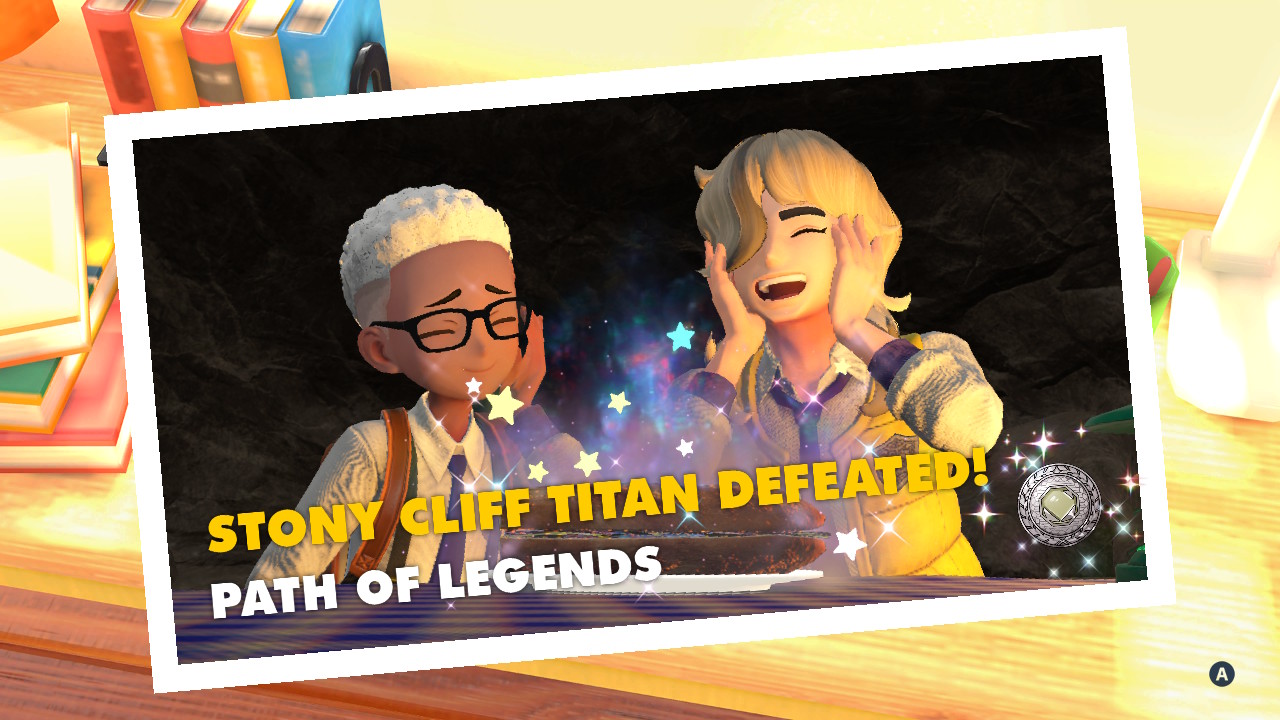 Beyond the unavoidable glitches and bugs, Pokémon SV manages to still be some of the best games the series has offered in years.

When I first learned about these three stories, I thought everything other than the main gym challenge would be a waste of time and that I’d focus solely on the gyms. However, I changed my tune when I actually started playing. When you’re able to tackle any of these challenges whenever you want, it creates a totally different experience.

I saw a giant Klawf (a Rock-type crab Pokémon) on the side of a cliff and decided to investigate, which initiated the Herba Mystica storyline. The Herba Mystica challenges all essentially work the same. You find a giant ‘Titan’ Pokémon, battle them and get their HP pretty low. They then run away and eat some of the Herba Mystica and become stronger.

Then your friend Arven joins, and it becomes a two versus-one battle. You finally defeat the Pokémon and take the Herba Mystica for yourself. Arven makes the Herba Mystica into a sandwich, and then your Legendary rideable Pokémon (Koraidon in Scarlet and Miraidon in Violet) eats it, which helps it regain some of its strength. Herba Mysticas replace Hidden Machines (HMs) from previous generations, such as Surf, Fly and Rock Climb, and give these abilities to your Legendary, allowing you to travel the world more easily. 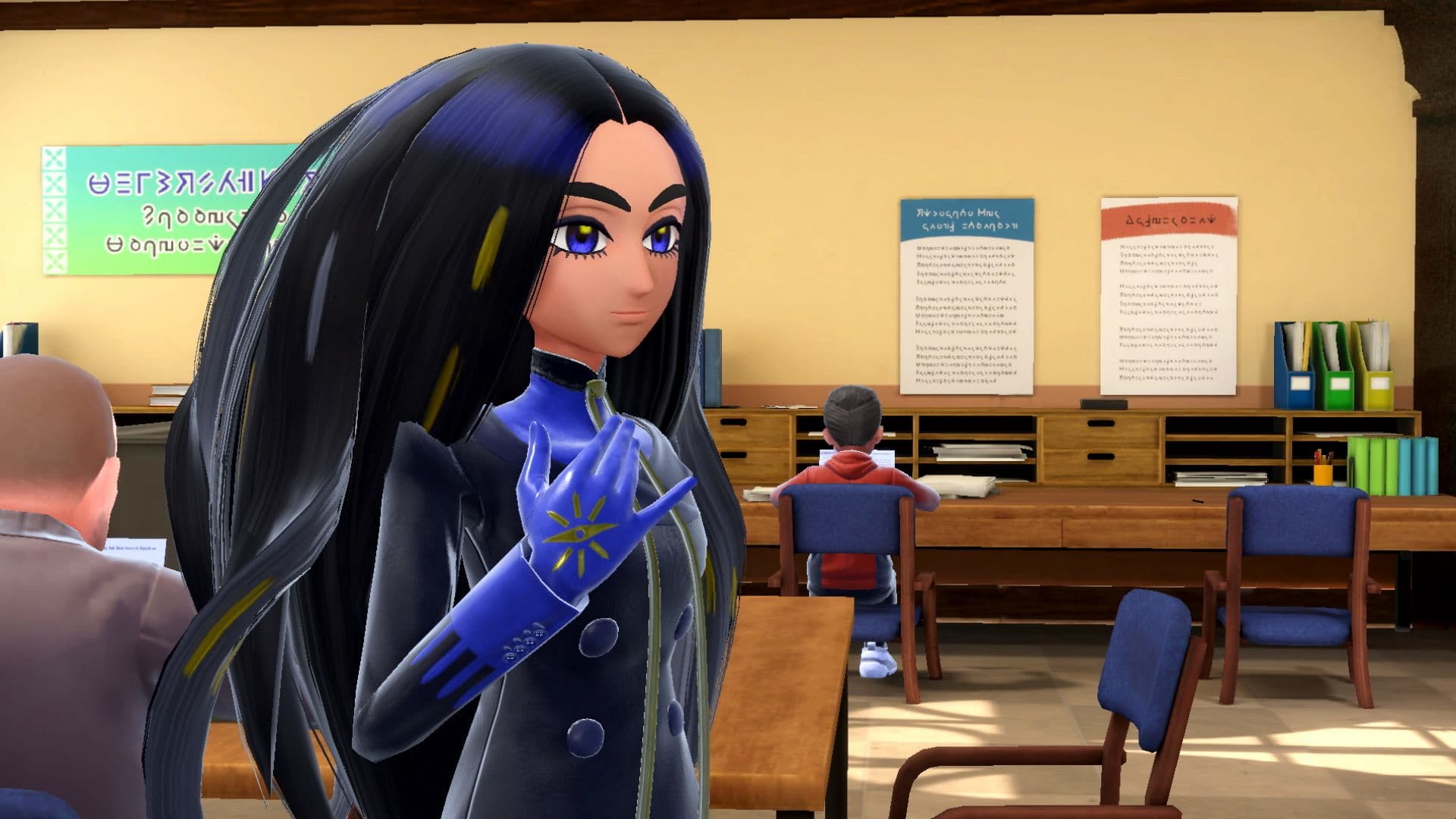 After figuring that out, I tried completing the Herba Mystica challenge before doing anything else. However, solely doing that becomes hard because of the level gap between the five Titan Pokémon. So, in between these challenges, I faced gyms and battled against Team Star. Unlike previous games, you have the freedom to tackle gyms in any order. I technically went from the first gym leader to the fourth one (based on levels). I found the fourth gym leader especially difficult, so before navigating to the fifth gym, I headed towards the second and third gyms to level up.

Facing Team Star was also more difficult than I’d assumed. To take on this part of the game, you need to head to a Team Star base and battle it out with a new mechanic that lets you send out three Pokémon to face off in quick Auto Battles in rotation. If you don’t have a type advantage, the experience can be tougher than expected. Following the Auto Battles, you’ll then face off against the Team Star boss’ who uses a Revaroom, a ghost engine that possesses cars.

What’s different about these stories is the narrative elements they bring to Pokémon. With them, you get two different storylines that are actually interesting and even heart-wrenching. You also learn a lot more about some of the characters in the game. And at the end, all three of these stories tie into one. A solid narrative isn’t something that Pokémon has a lot of experience in, so I appreciated this new form of storytelling.

I really like the narrative direction of Pokémon Scarlet and Violet because it offers a different pace than what we’re used to. Recent games in the series haven’t really offered a deep narrative with stakes, but trying to heal Arven’s Mabosstiff, learn what’s going on with Team Star while putting a stop to school bullying, and uncover what’s in the Great Crater, is interesting and compelling. 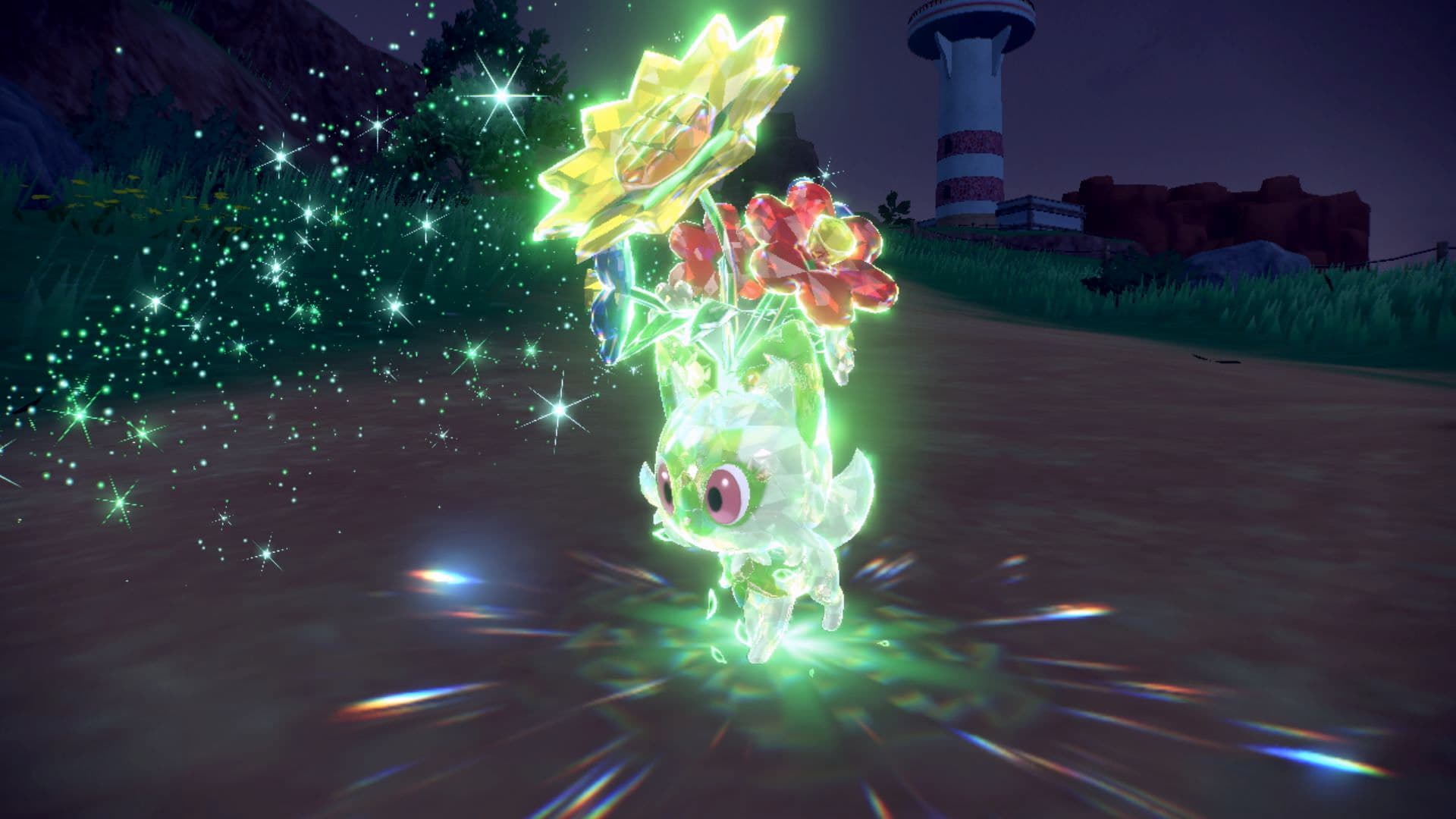 Alongside improved storytelling, Pokémon SV offers some of the best gameplay we’ve seen yet in the franchise. One of my favourite things from Pokémon series is trainer battling, and I like how Scarlet and Violet is full of it. That said, making eye contact with a trainer doesn’t initiate a battle like in previous games, and the battle music now commences if you start a conversation with them.

Unlike Sword and Shield, there are plenty of trainers to face, and there’s even someone who will reward you with items the more battles you take part in. Alongside actual trainer battles, there’s the option for ‘Auto Battling,’ which allows users to send out their Pokémon to go out and fight other random wild Pocket Monsters and gain experience. It won’t net you as many experience points as a normal battle, but after a few battles, it starts to add up.

Pokémon SV also has the new Terastal Phenomenon, which lets you Terastallize your Pokémon to swap out their type. If you have a Pikachu with a flying Tera type, when it Terastallizes, it’ll turn to Flying type, getting rid of its Electric type. I find this to be a better battle mechanic than Dynamaxing and Z Moves from the last two generations.

And while I haven’t done any online battles yet, you can imagine the various strategies that could be implemented with Terastallizing in mind. 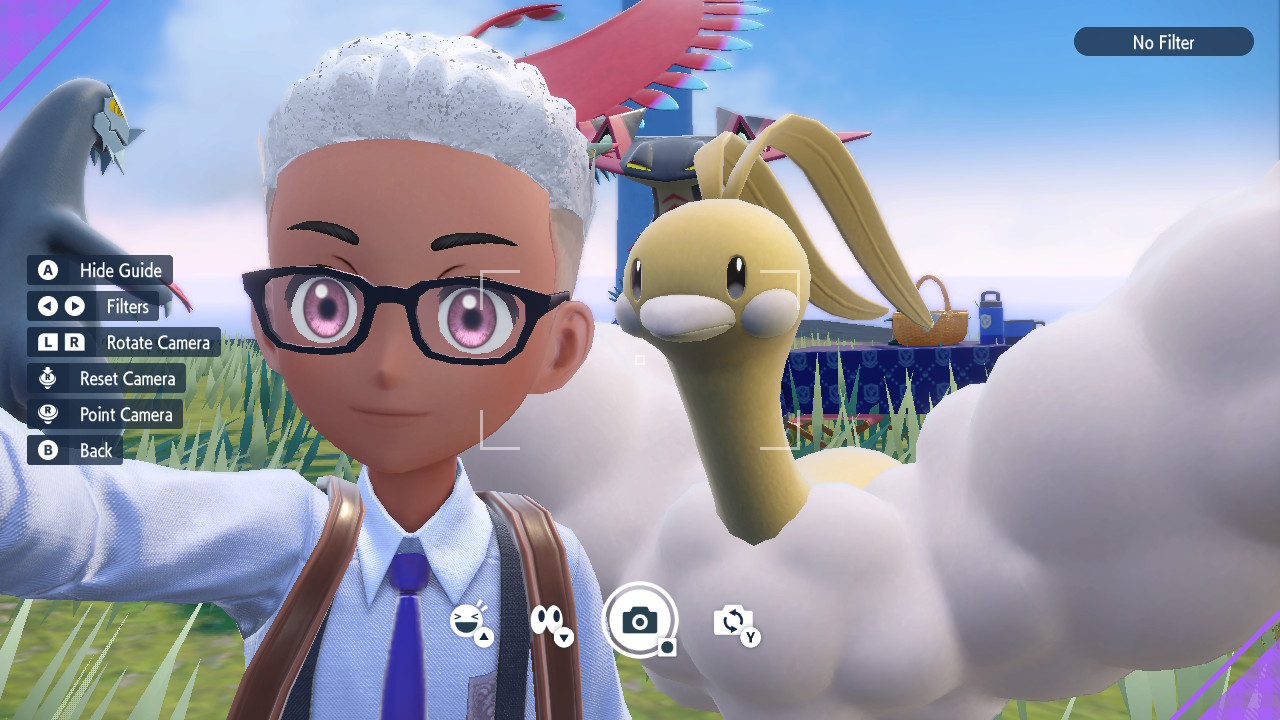 The new Paldea region also offers cool new Pokémon with inventive designs, like Flamigo, for example. The game scales back on some of those huge eyes, small-headed cutesy/chibi-style Pokémon (Sobble, I’m looking at you) and has added several top-tier creatures that are reminiscent of Pokémon from the series’ second and fifth generations. The naming conventions are also stellar, like Oinkloigne, Fidough and Nacli (Salti for the salt Pokémon). We haven’t seen clever names like this in a while.

The region is the largest out of all the mainline series, with parts in hidden underground caves, icy mountains and sandstorm-filled deserts. And with the ability to climb nearly anything, you can reach points that you’d never be able to in older Pokémon games. There’s so much more exploration in this title that it’s somewhat disappointing all Pokémon Centers, Gyms, Titan Pokémon and Team Star challenges are already placed on your map from the beginning. It would have been great to explore and find these out for yourself, but at the same time, that could make the game too difficult for its younger audience. 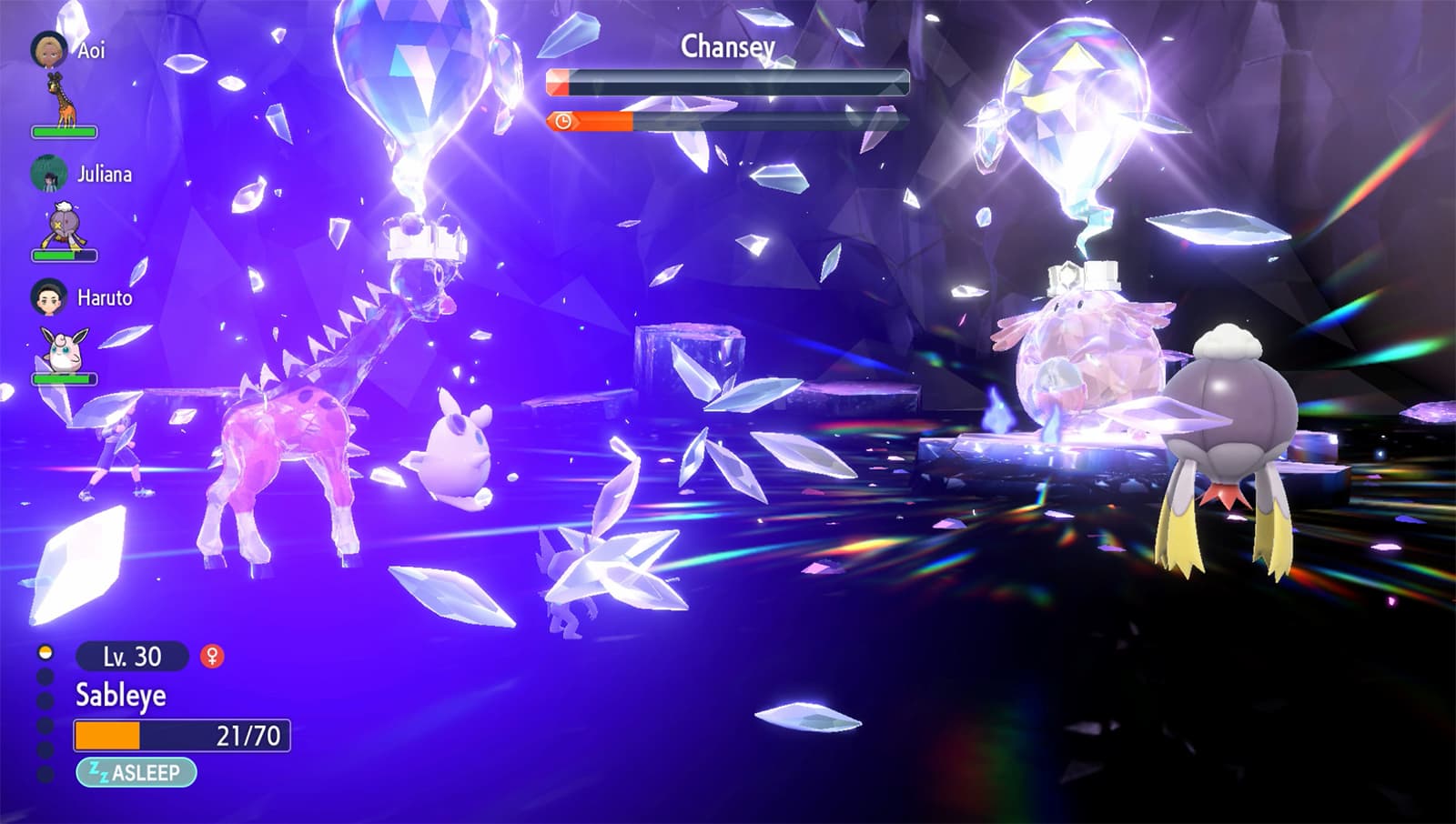 While gym leaders and other special NPCs can Terastallize their Pokémon, you can also catch these Pokémon in the wild. You can partake in a Tera Raid Battle, where three other trainers (either random NPCs or your real-life friends) can join you. In these battles, you’ll face off against a large Terastallized Pokémon, which you and your team will have to defeat. Once defeated, you’ll have the opportunity to catch it. There are just random glowing Pokémon in the wild which can also be Terastallized, but you have to face them one-on-one.

This also might be the easiest game to catch Shiny Pokémon; I’ve already happened to catch three without even seeking them out. However, if you’re hunting for a specific Shiny, there are ways to improve your odds. For instance, when you set up a picnic and make a sandwich, it’ll increase the chances of seeing certain types of Pokémon, but you can also have the sandwiches increase the chance of making a shiny. This is also the only way to get Pokémon Eggs.

Pokémon Scarlet and Violet are some of the best entries in the series, but unfortunately, they seem to have needed several more months of development. Game Freak, The Pokémon Company and Nintendo should have never released a game this rough. This isn’t a small indie series — it’s the highest-grossing media franchise in the world.

Hopefully, these rampant issues are fixable with an upcoming software update, but we’ll have to wait to find out. If Pokémon Scarlet and Violet receive an update that solves these issues, you should definitely pick up the game. This story will be updated if an update is released.

The game offers new gameplay and battle mechanics, cool Pokémon designs, and some exciting narration. After you complete the three stories, there’s still more to discover and a lot more battles to have, which filled me with joy.

Pokémon Scarlet and Violet are available now for the Nintendo Switch for $79.99.