Samsung is throwing the 'A Galaxy Event' on October 11th 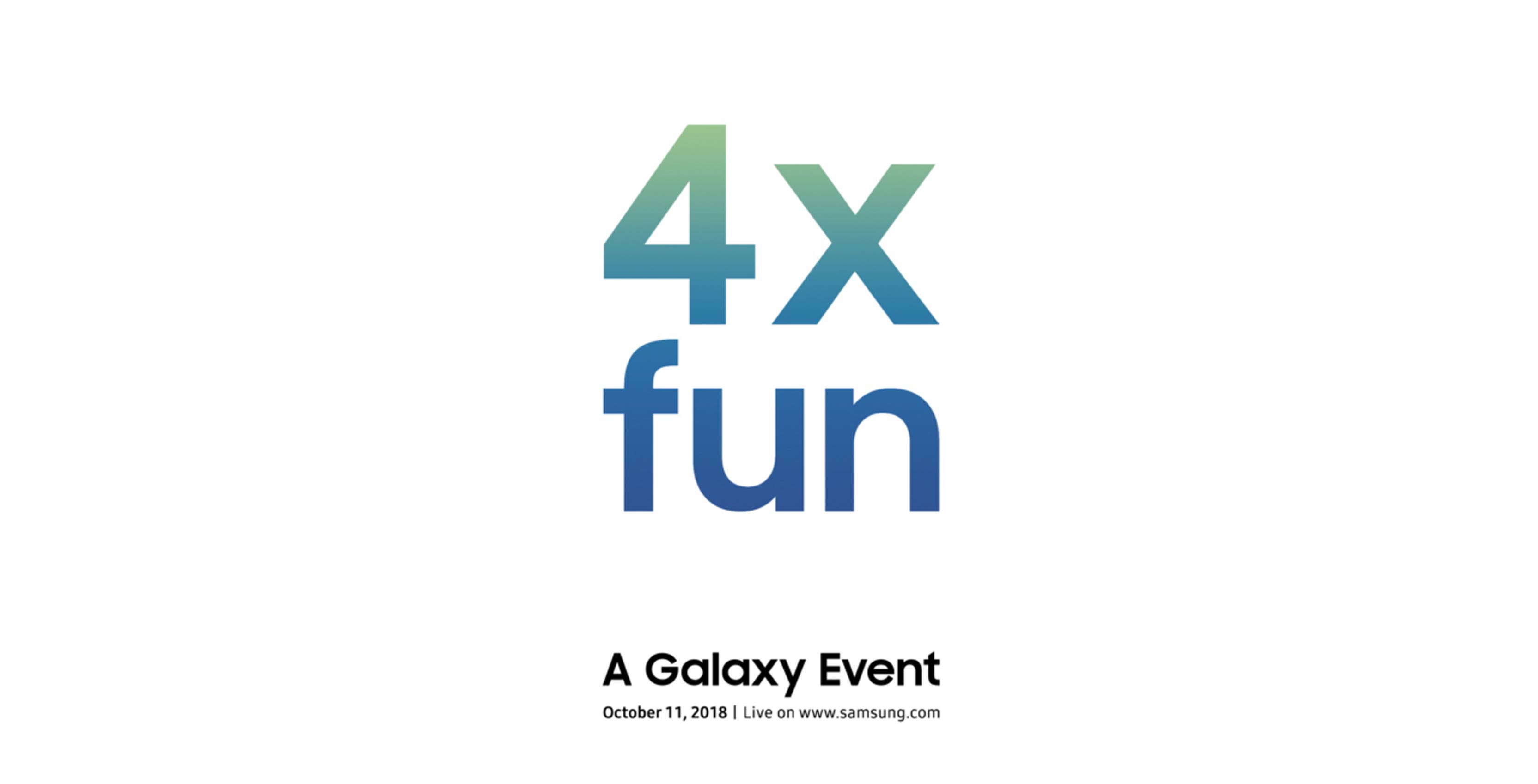 Samsung has announced that it will hold ‘A Galaxy Event’ on October 11th. The invitation promises an unannounced phone that is “four times the fun,” likely indicating that Samsung will launch a four-camera smartphone.

While brands like Nokia are toying with the idea of placing five cameras on the rear of a single phone, Samsung’s four-camera handset will likely have two rear-facing and two front-facing cameras.

DJ Koh, Samsung’s mobile chief, has indicated that the South Korean company plans to place its innovations on mid-range smartphones before they make it onto the flagship handsets. Therefore, it’s likely that this is a Samsung Galaxy A offering.

The invite also says, “Samsung’s newest Galaxy device is bringing more ways to express yourself than ever before. Capture the fun with Samsung as the company celebrates the launch of the new device with A Galaxy Event on October 11th, 2018.”

There seems to be an emphasis on the ‘A,’ further cementing the Galaxy A smartphone theory.

In a recent interview, Koh also mentioned that Samsung plans to reveal more about the foldable Galaxy smartphone before the end of the year. It’s possible that Samsung will either unveil or release more information about the unannounced Galaxy F on the 11th.