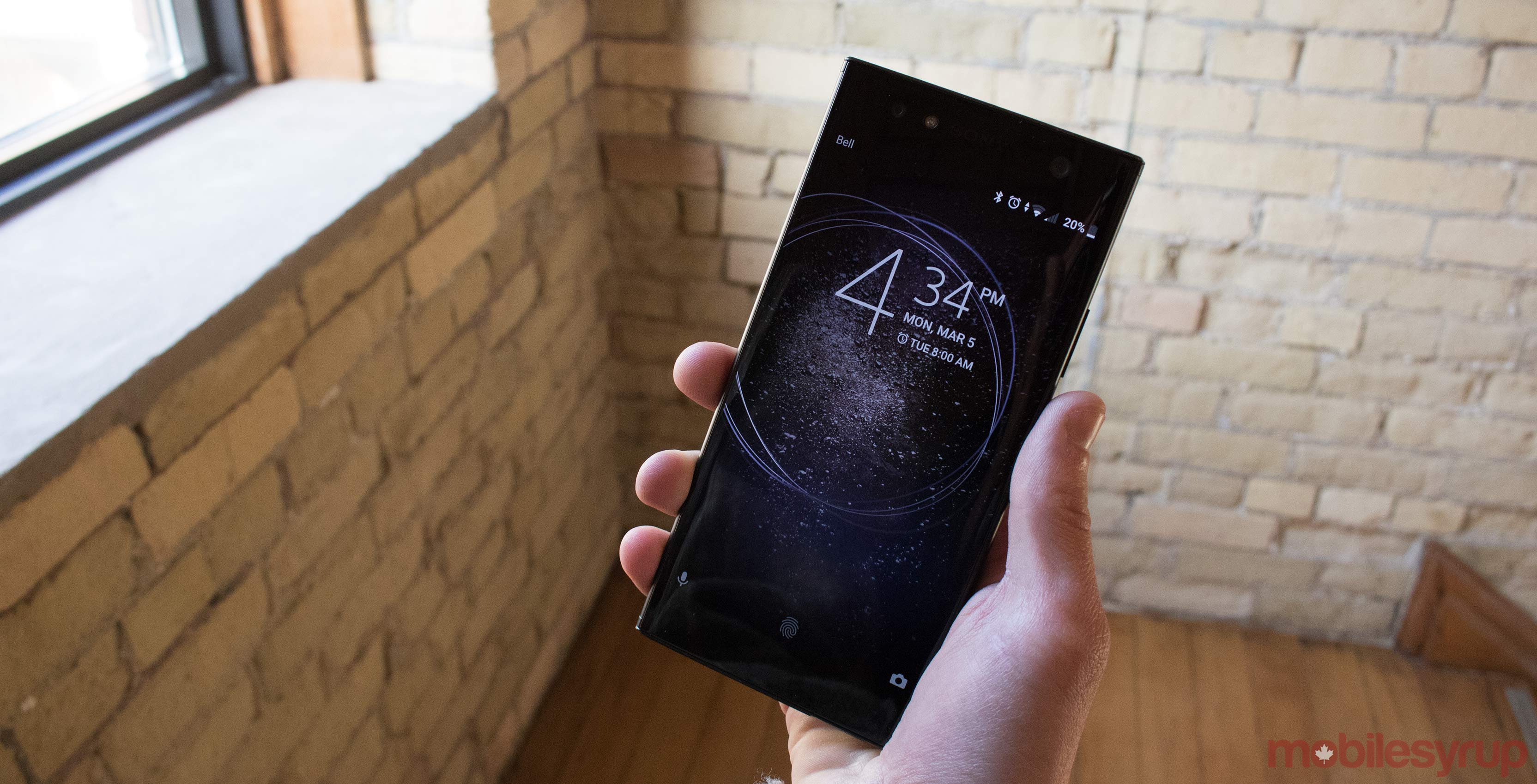 But that’s only if you can get over the device’s rectangular shape and overbearing bezels.

We’re in 2018, a year filled with midrange smartphones that feature 18:9 aspect ratios, thin bezels and camera notches, and unfortunately the XA2 Ultra looks like an older 2016 flagship.

While the Xperia XA2 Ultra is a worthy successor to the XA1 Ultra, the phone looks like it came out in the wrong year. Its processor, 6-inch display and large battery all would have been better appreciated in 2017. 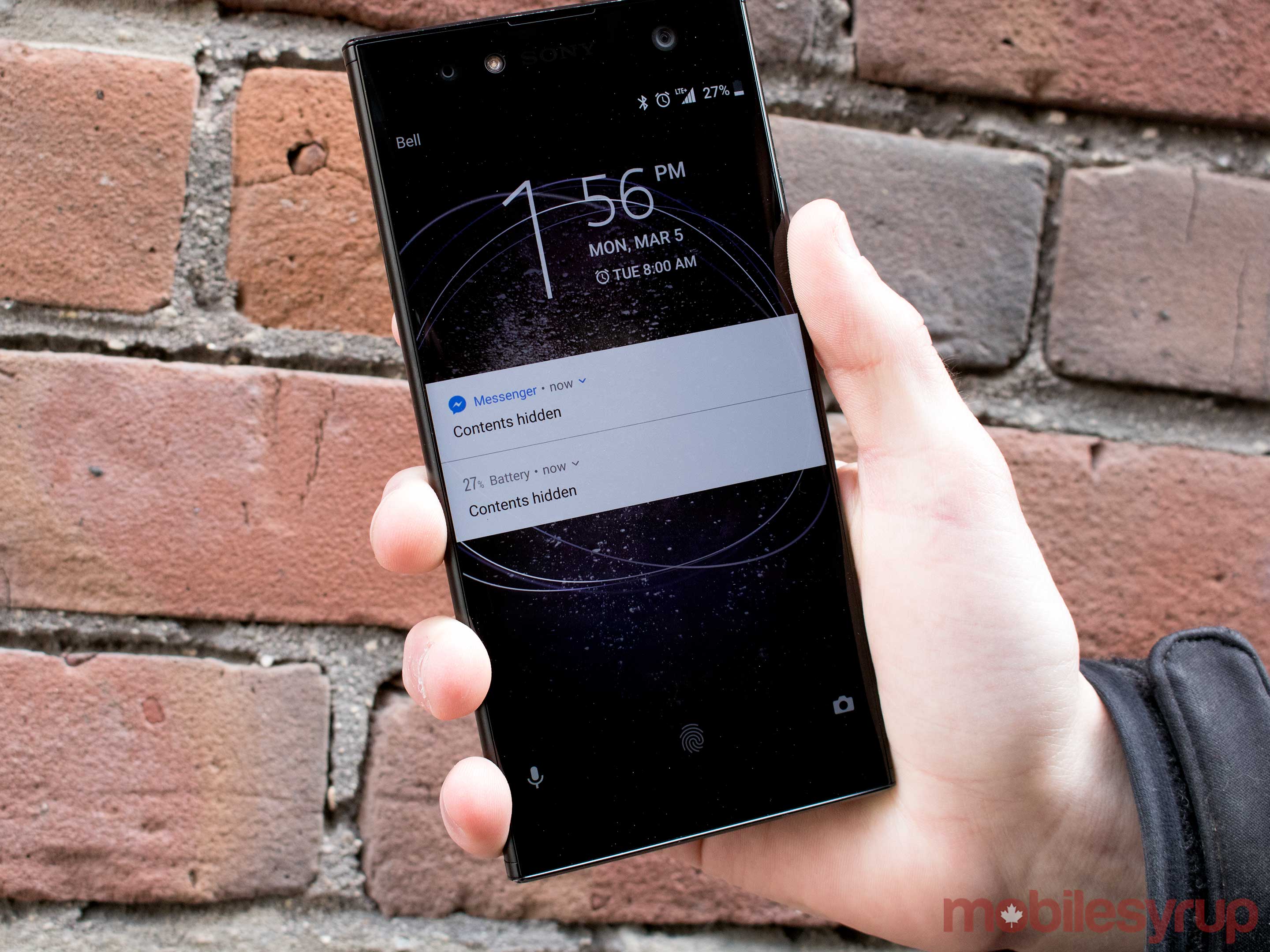 The phone shares the same 6-inch IPS LCD display with a 1080 x 1920 pixel resolution as the XA1 Ultra. The screens are quite similar to one another and on either phablet, watching Netflix and YouTube is enjoyable. Images are accurate and I didn’t feel like I was missing any details when watching one of my favourite shows or movies. The display is very reflective though, which made the viewing experience frustrating under direct sunlight.

What I liked most about the screen was that its colour balance never felt too cold or too warm. With a phone like the LG Q6, it always felt necessary to change the blue light filter settings and it negatively impacted my personal experience with the phone and its display. The Xperia XA2 Ultra doesn’t have any blue light filter settings or a reading mode — a functionality which typically makes a display warmer for a better night-time viewing experience — but I never felt like I missed either feature.

The phone also has ‘Standard’ and ‘Super-vivid’ display modes, which can impact the way images appear on the screen. ‘Super-vivid mode’ makes colours pop, but also makes them look less true to life.

And that rectangular frame 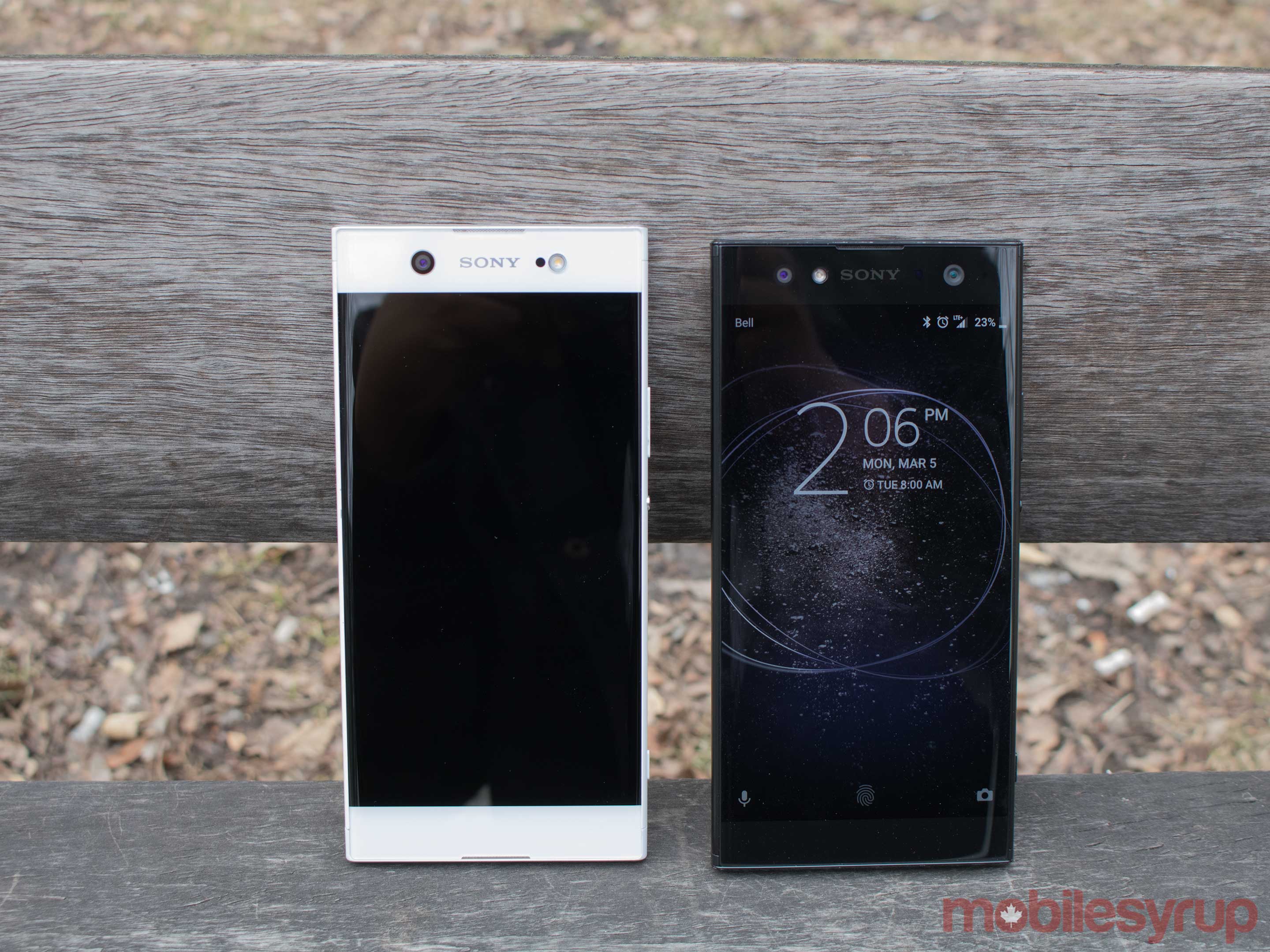 The most noteworthy part about the XA2 Ultra’s front are its bezels. While frustratingly large and squared they are actually millimetres smaller than last year’s handset. With the XA2 Ultra, Sony managed to fit the same display size on a smaller phablet.

Weirdly enough, because of the same 6-inch display and 16:9 aspect ratio, the smaller bezels cause the handset to look a little less like a rectangular phone and more square. While not necessarily a bad thing, it continues to separate the XA2 Ultra from the range of 18:9 aspect ratio phones released within the last year.

The XA2 Ultra weighs 221g, compared to the XA1 that weighs 188g. The difference in weight, while small on paper, is actually noticeable when the phones are in your hand. While I didn’t find it an issue, it’s definitely something that some people may find uncomfortable.

It’s also a bit thicker than the XA1 Ultra, as it measures in at 9.5mm thick while its predecessor measures in at 8.1mm. The thickness is unusual even for a lower-range handset. Phones like the Samsung Galaxy A8, Asus ZenFone 5 Lite, LG Q6 and HTC U11 Life are all more than one millimetre thinner than the XA2 Ultra.

This became extremely pronounced when holding the phone in landscape mode.

In addition, the rectangular shape and non-rounded edges made it even more awkward to hold a phone in landscape mode, as the device’s edges are somewhat sharp.

On the rear, the device features a rear-facing fingerprint scanner that’s quick and dependable. 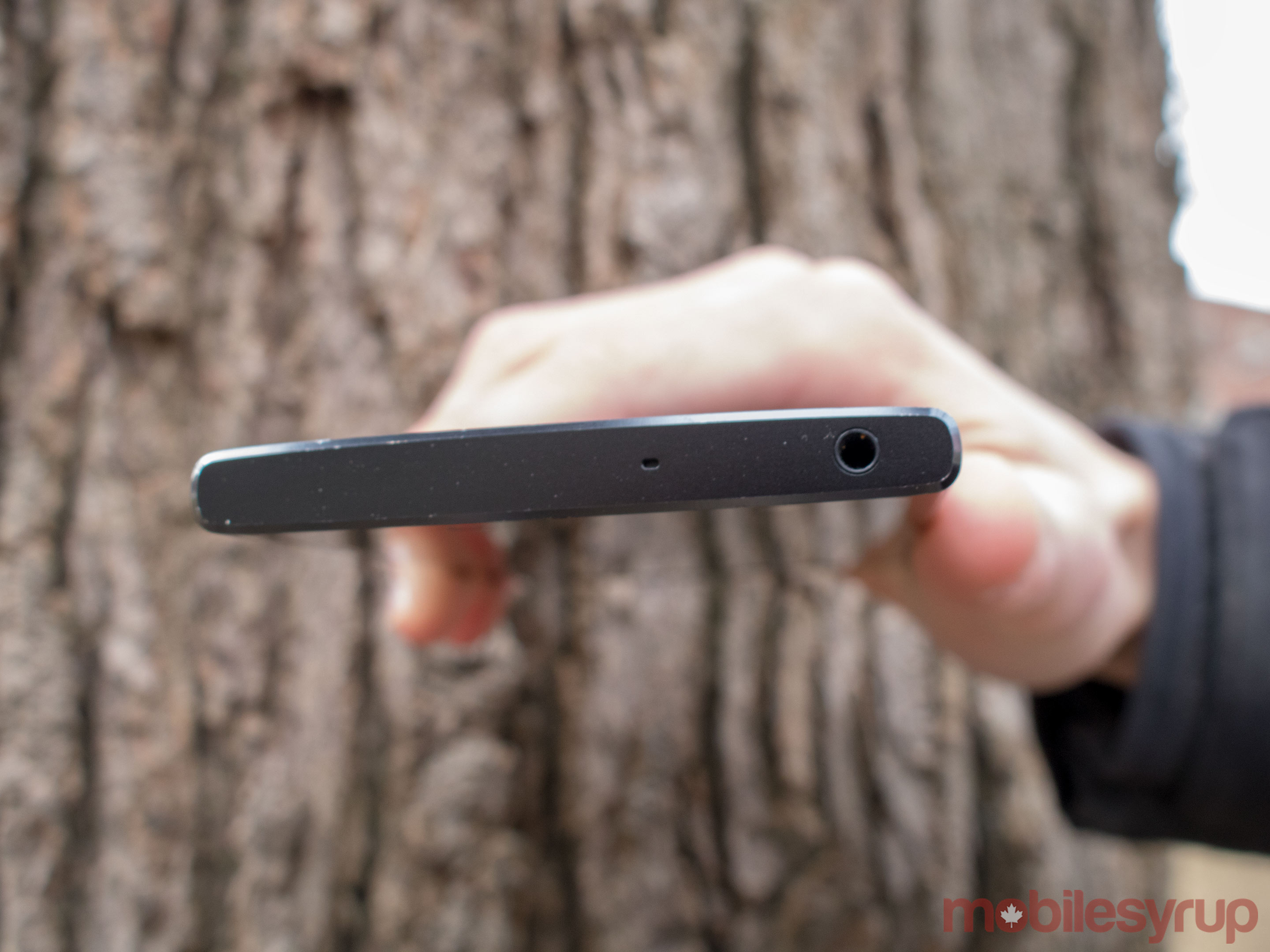 The XA2 Ultra features a Snapdragon 630 processor that delivers a mid-range experience. I found when opening apps there was about a one-second wait before the app would actually open. While a one-second wait isn’t too long, it became noticeable when switching back and forth with the OnePlus 5T.

Comparing it to the HTC U11 Life, a handset that also sports a Qualcomm’s Snapdragon 630 processor, I felt this experience wasn’t as snappy.

After opening an app, however, it was easy to get back into it quickly. Something I noticed during my time with the HTC U11 Life was that, on occasion, there was a bit of lag when typing inside Google Chrome. The Xperia XA2 Ultra didn’t experience this issue whatsoever.

The XA2 Ultra was able to handle all the games I played with no problems. I played the games Last Light, Skyfish, Skullgirls and Fern Flower for a little over 30 minutes and I never experienced any slowdown, frame-rate drops or any noteworthy heat increase. 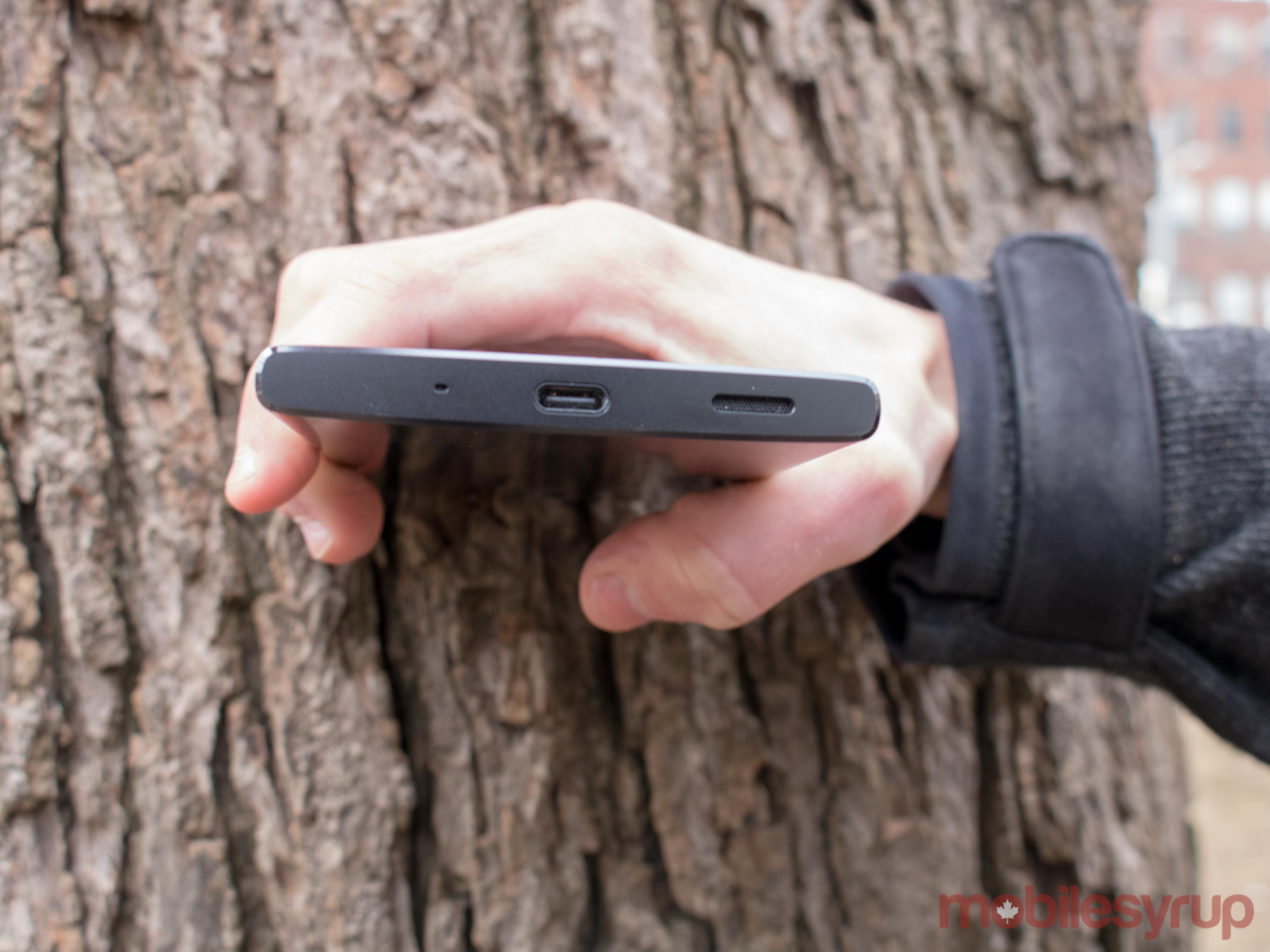 The phone comes pre-installed with Google’s Android Oreo 8.0. While not completely mirroring the Pixel experience, the phone is mostly stock with not a lot of bloatware. Unfortunately, Sony added its own, music, album, video, PlayStation and Lounge apps to the device.

When in the app menu the phone allows users to swipe right, and it’ll open a ‘Recent Searches’ and ‘Recommended’ app page. This page features apps that were recently opened and apps that the Xperia device recommends straight from the Play Store. Tapping on one of the apps brings users straight to the app in the Play Store.

While a useful tool, the page can also be annoying. Thankfully, Sony gave its users the ability to get rid of part of the page, since users cannot remove the recently opened apps. 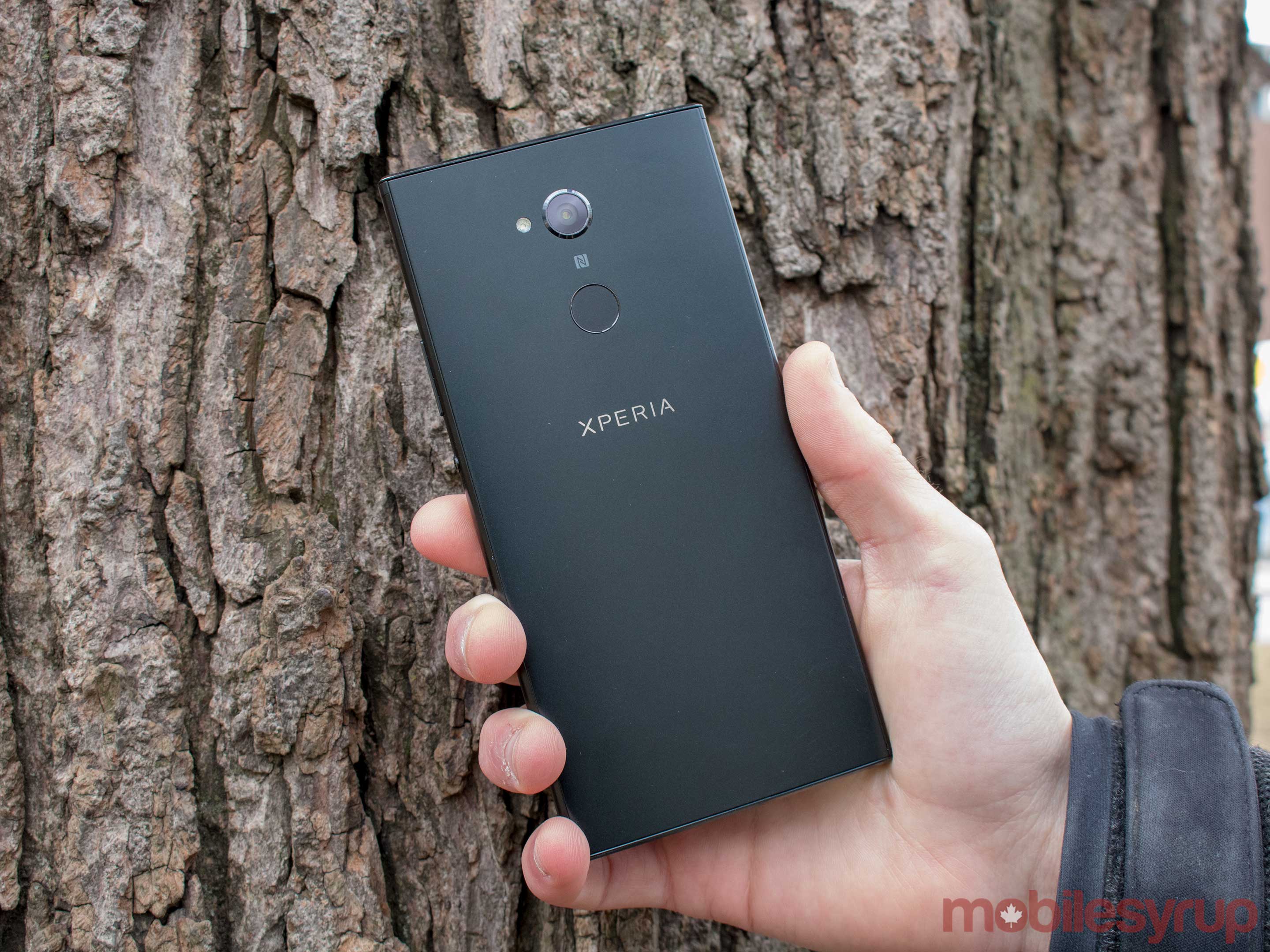 The XA2 Ultra’s battery is by far the best feature of the device. During my time with the phone, I would charge the phone at night, with 50 percent battery, or charge it when I get to work at 9am, even though it still had 30 percent battery left.

After realizing this I started to only charge the phone after I completely exhausted the battery. During this time I found the phone could easily last from 6:30am one morning until 1pm or 2pm the following day.

During my time with my phone, I would spend a little more than three and half hours watching shows on Netflix, with six-hours of screen on-time (I tended to have the brightness setting at 70 percent of max brightness during most of my time with the device.)

Temperature-wise, I found that the phone never reached more than 36-degrees Celsius, even while charging. The phone stayed around 30-degrees Celsius on average. 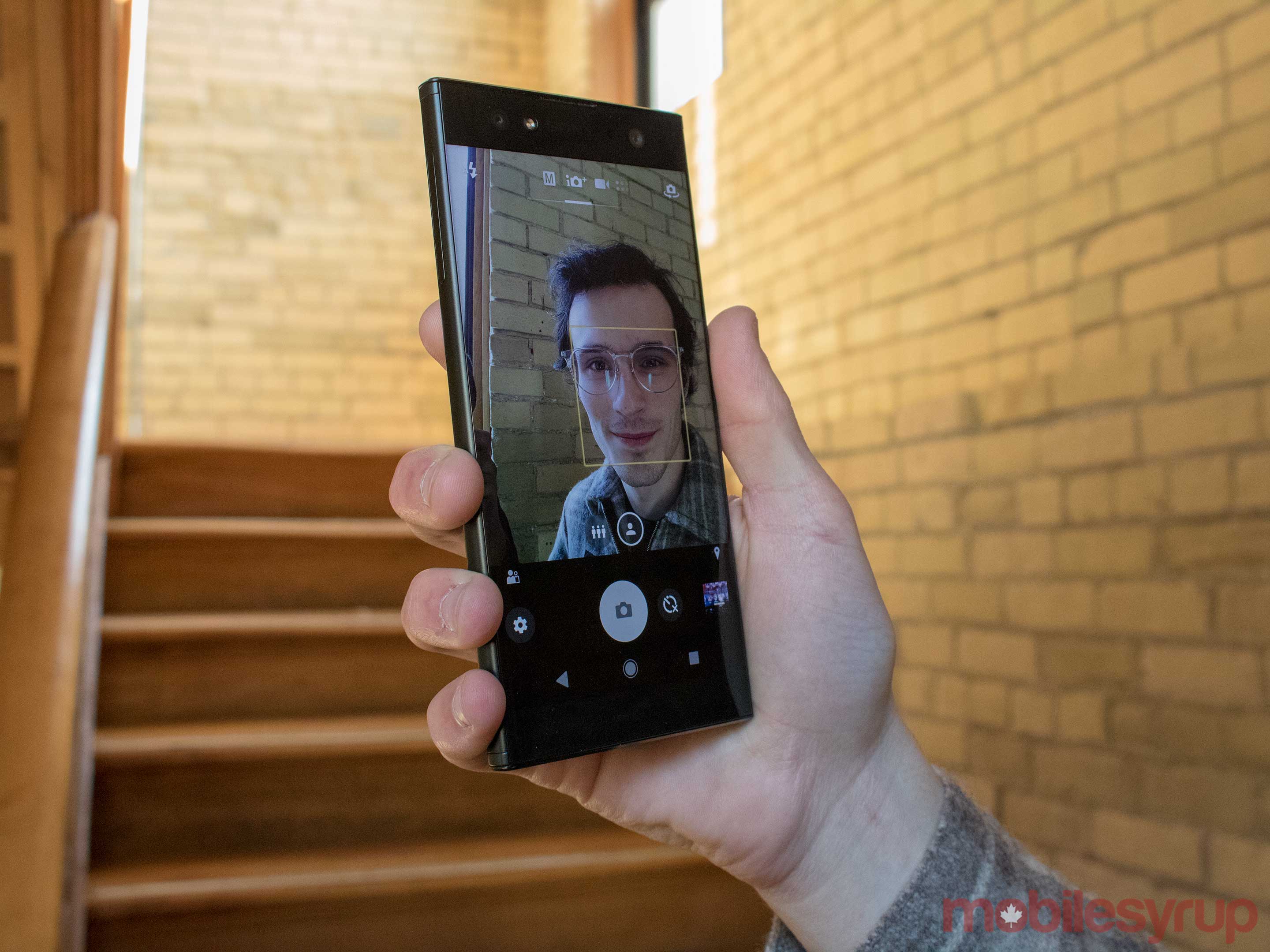 The XA2 Ultra features the same lackluster camera as the XA1 Ultra. It uses a 23-megapixel sensor with autofocus, LED flash and lacks optical image stabilization — so my hand had to be perfectly still when taking pictures.

Outdoor image capture was decent and looked better than the pictures I captured with the LG Q6, which tended to over-sharpen objects and surroundings. However, I felt images sometimes lacked detail or were over-processed. On bright overcast days, the phone’s pictures were darker than expected.

The camera also features manual settings that allow users to fiddle around with the device’s shutter speed, white balance, ISO and the ability to turn off manual focus.

Selfies were clear and impressively good quality. The front-facing LED flash helped a great deal. In addition, its 8-megapixel wide-angle lens worked well for getting more into a single photo.

The Sony Xperia XA2 Ultra is superior to the XA1 Ultra in many different ways.

Processor speed, battery and dual selfie setup make the phone worth taking into consideration. It's just unfortunate the phone is so unpleasant aesthetically. Perhaps if Sony made use of the extra space the phone would be more bearable. The Razer Phone also features a rectangular shape and large bezels. Razer, however, placed large speakers on the top and bottom bezels. If Sony added speakers to the top and bottom bezels of its phone, its shape would definitely be excusable.

For those who can get over this shape, the XA2 Ultra may be the phone for you. Its display size and long battery make it a great phone for those who take long daily commutes and prefer a larger display.

The XA2 Ultra retails at the price of $520 CAD at Freedom Mobile ($530 at Videotron) I would have hoped for a cheaper price, as the Essential Phone is now available for $460 and features flagship specs. It's hard to gauge if the phone is worth that price. Rumours point to the Samsung Galaxy A8 retailing at a price of $659. The XA2 Ultra features similar specifications though also an older midrange processor.

With all of these 18:9 aspect ratio mid-range smartphones entering the race to be best mid-range handset out there, the Xperia XA2 Ultra doesn't seem like it fits in. However, with its specs, it might be possible that the phone can find its own niche among certain rectangular phone lovers.

"With all of these 18:9 aspect ratio mid-range smartphones entering the race to be best mid-range handset out there, the Xperia XA2 Ultra doesn't seem like it fits in"