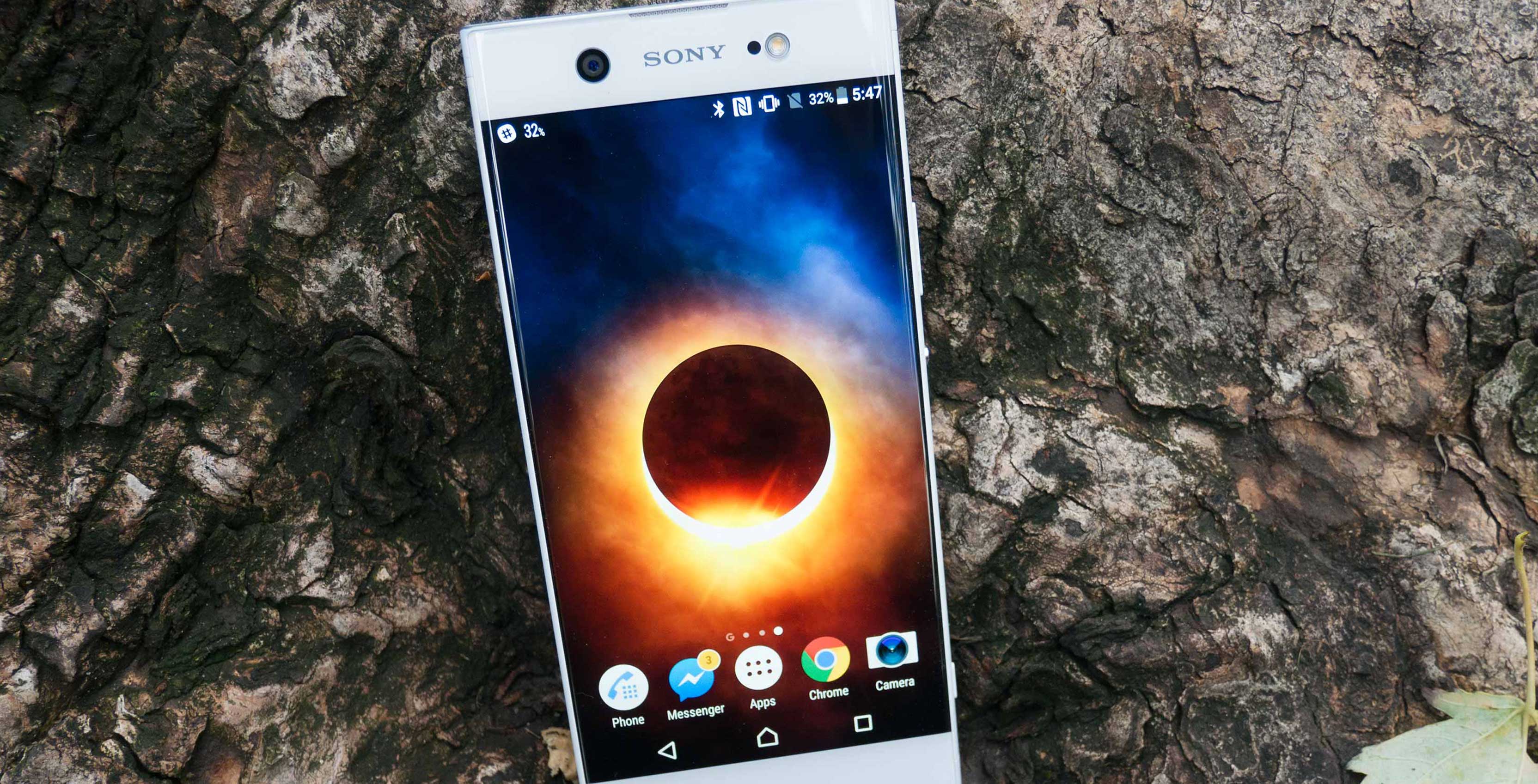 This beast of a mid-range smartphone features a 6-inch IPS LCD 1080 x 1920 pixel display, an octa-core MediaTek Helio P20 octa-core 64-bit processor, 32GB of storage and 4GB of RAM. The XA1 Ultra is certainly a step up from the Xperia XA1, but the bigger smartphone features an outdated box-like design, a relatively small battery, and is rife with Sony’s proprietary bloatware apps.

Still, the device is only $420 outright with Freedom Mobile, which all things considered, is a reasonable price tag. In some cases, it might actually be the right phone for a certain set of users. 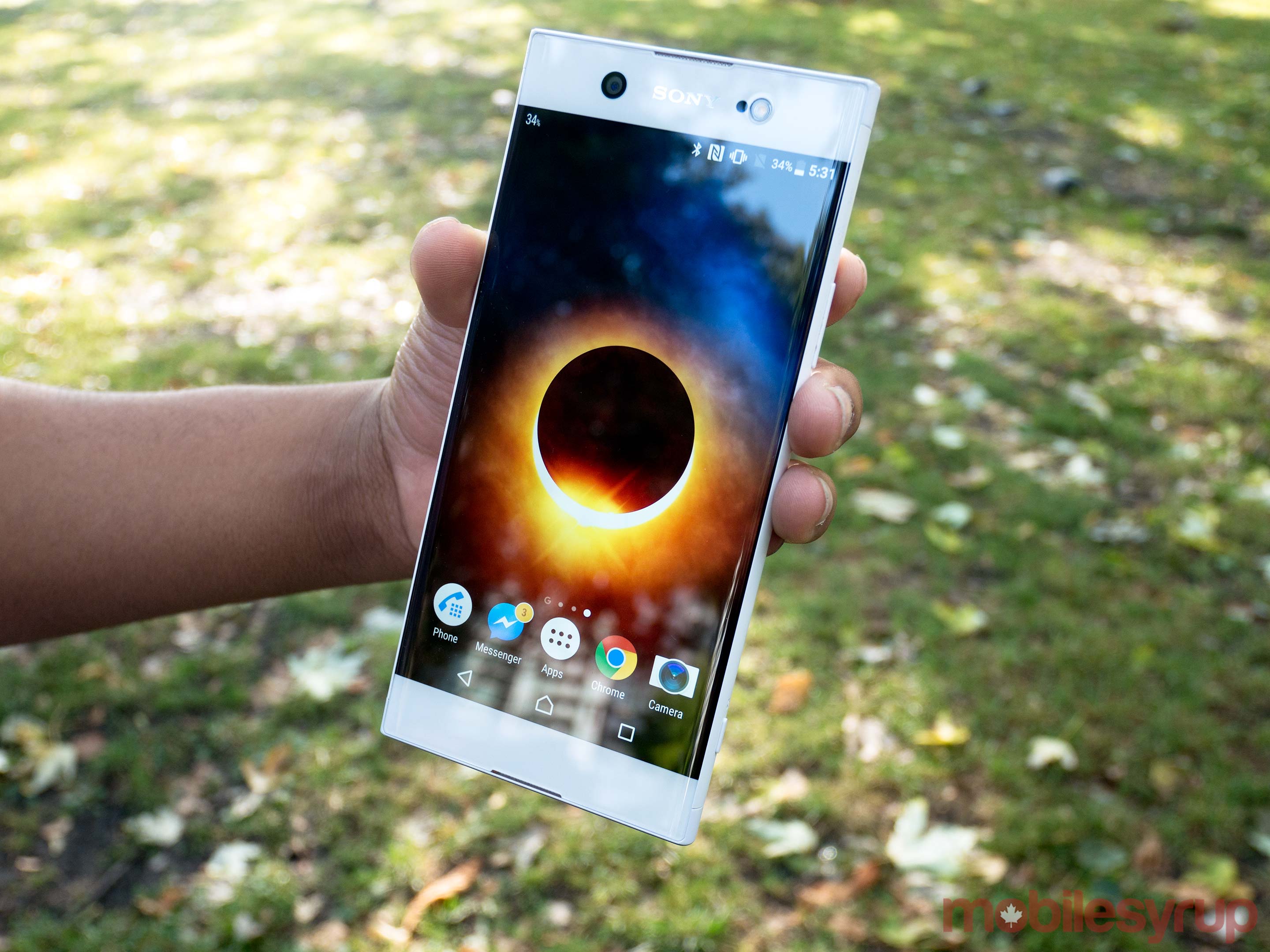 The phone’s rectangular 165mm x 79mm x 8.1mm frame is the first thing most people will likely notice about the XA1 Ultra. Make no mistake: it’s a big device and some might find it ugly, due to the substantial upper and lower bezels that give the XA1 Ultra a look that feels decidedly last year.

The nondescript bottom bezel is empty, as the device doesn’t feature a physical home button. The top bezel is defined by a silver Sony logo, as well as a front-facing camera, an LED notification light and a flash bulb. The XA1 Ultra also features thin side bezels, though I wouldn’t go so far as to describe the device as bezel-less.

I have to say, I was far from impressed with the XA1 Ultra’s screen. The 6-inch IPS LCD 1080 x 1920 pixel display features a 367 pixel density that’s mediocre when compared to flagships like the HTC U11 or the Xperia XZ1.

When placed beside those flagships, the XA1 Ultra’s blacks look washed out and the screen isn’t particularly vibrant. With such a large screen, you’d expect the device to offer a display that’s more attractive to watch movies and videos, but the XA1 Ultra’s display isn’t impressive in any notable way.

Comparing the XA1 Ultra to a flagship isn’t completely fair though. Pitting the device against another mid-range smartphone, such as the LG Q6 or XA1 Ultra’s display, certainly makes the XA1 Ultra’s screen look more favourable.

It’s also worth nothing that the XA1 Ultra’s display pumps out 380 nits of brightness, which means that it’s unfortunately not easily viewable under direct sunlight. 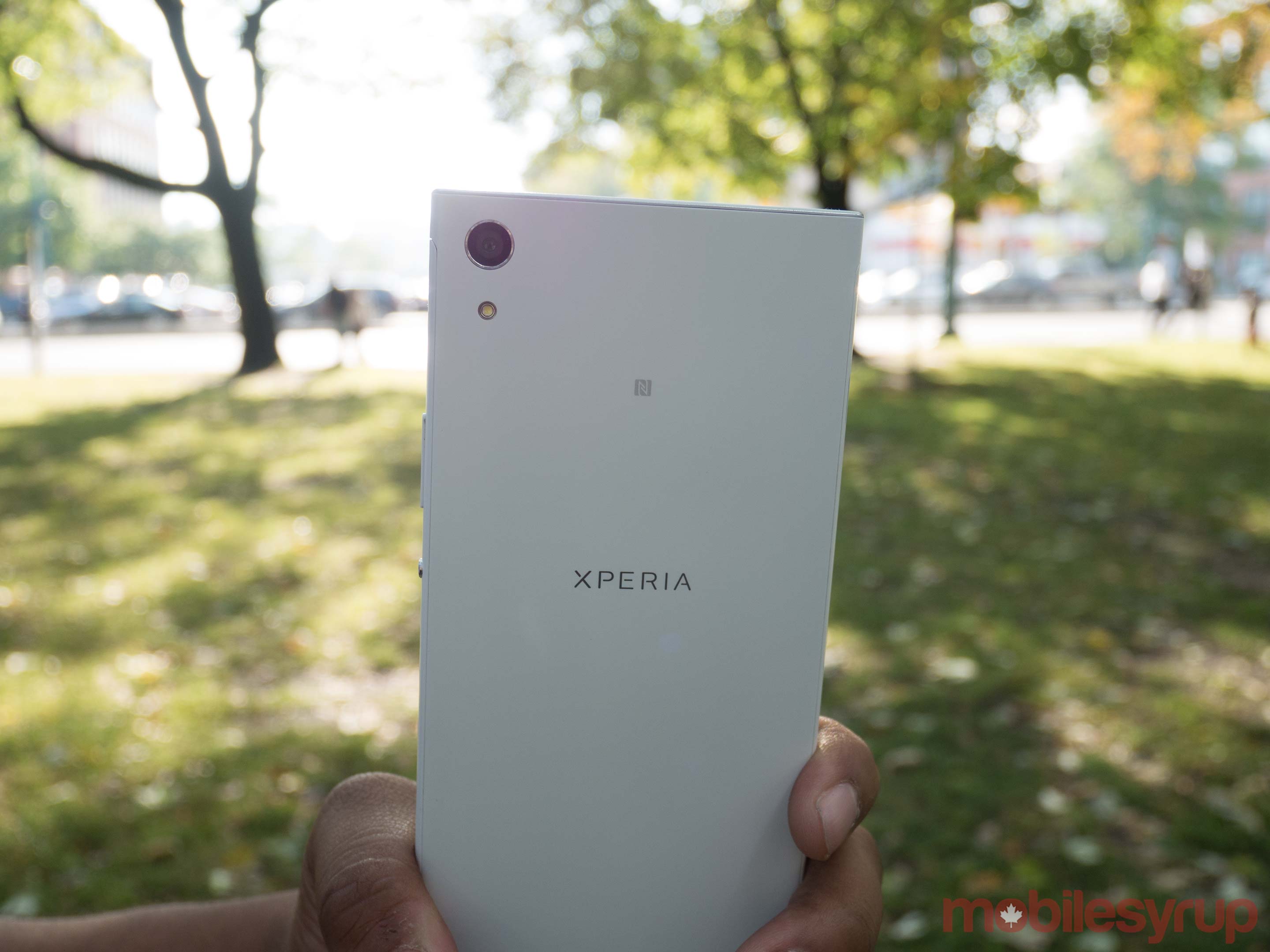 The XA1 Ultra runs on an octa-core Mediatek Helio P20 chipset and features a sizeable 4GB of RAM. While the XA1 Ultra doesn’t feature one of Qualcomm’s processors, I found that the phone rarely stuttered during my time with the smartphone.

The device handled streaming services like YouTube, Netflix, CrunchyRoll and games like Solitairica Dice Hunter and Face Dance Challenge with few issues. Even after loading up multiple apps and games and rapidly multitasking between them, rarely resulted in the device stuttering.

Sony’s Android skin, however, is far from my favourite. Like LG and Samsung, Sony is pulling away from the obtrusive user interface (UI) and is moving towards a look that’s decidedly closer to stock Android. That said, the smartphone is still far from offering a pure Android experience, and Sony continues to push its proprietary messaging, camera and phone app, rather than opting for Google’s better, standard Android utilities.

However, it is great that Sony opted to allow Google Now to be accessible with a quick swipe to the left from the home screen, just like stock Android devices and Motorola smartphones. Sony’s XA1 Ultra comes equipped with Android 7.1.2, though Sony says the smartphone will be updated to Android 8.0 in the future. 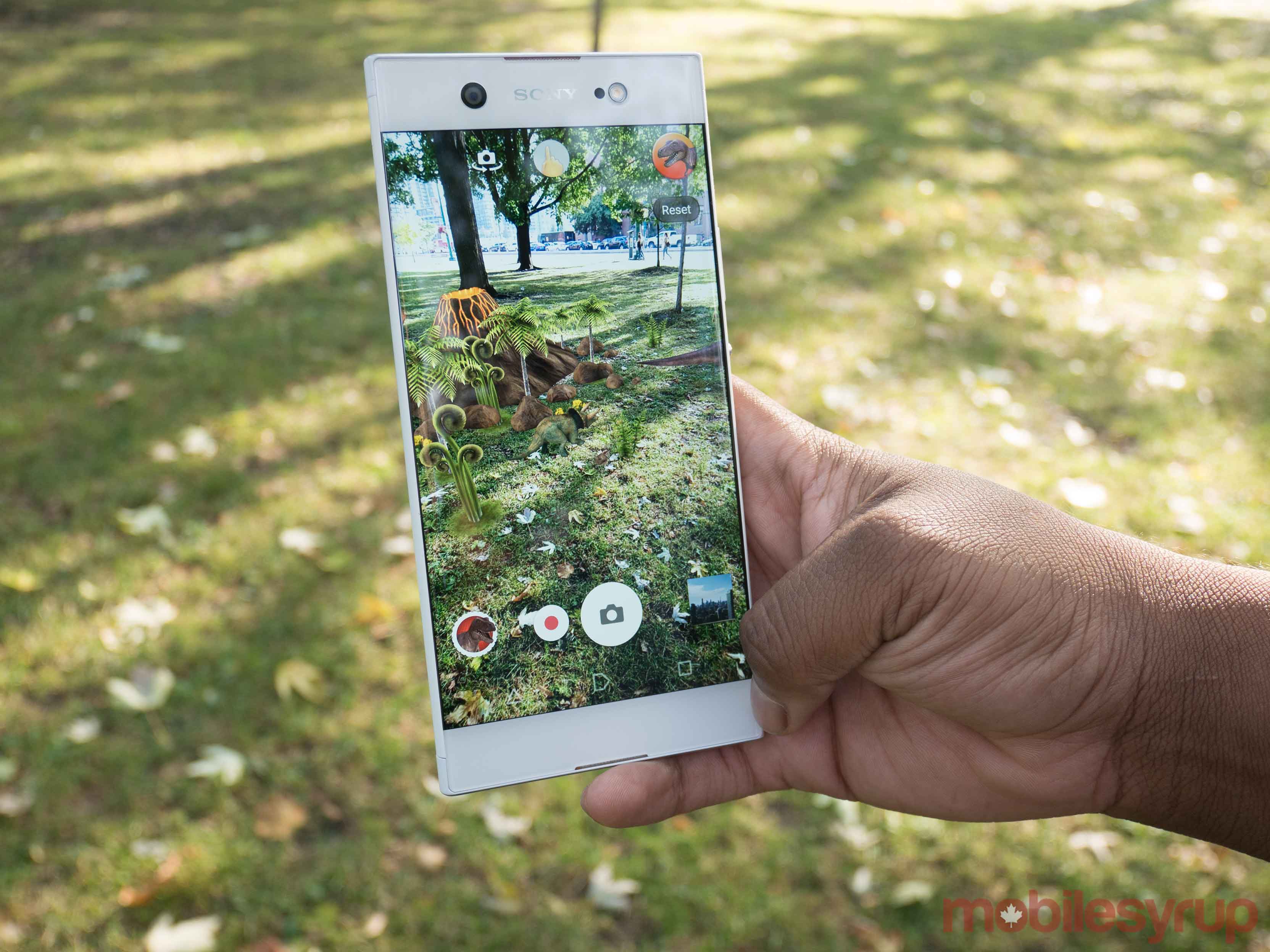 I took a number of great photos with the Xperia XA1 Ultra’s 21-megapixel camera, though in most cases I shot these images while outdoors when the lighting was nearly perfect. Indoors and under less than ideal lighting conditions, the XA1 Ultra’s camera produced lacklustre photos and I found there was always a warm tint to the images.

All in all, the phone’s camera is far from great and only occasionally snapped quality photos that accurately portrayed the colour of a scene, with most images being both too warm and processed. That said, image quality is comparable to other mid-range devices, such as the Samsung Galaxy A5 or LG Q6.

The XA1 Ultra shooter also includes an augmented reality (AR) feature that lets users add moving objects like dinosaurs and robots to pictures. The functionality works similarly to Snapchat, though Snapchat’s AI seems to work better and interacts with the environment more accurately. The AR seems to also lower the grade of the pictures and ignores things such as trees or platforms, when using the rear-facing camera. I found that my dinosaurs would walk through tables as if they weren’t there, while volcanoes would plant themselves in the middle of the screen, even though there was an available surface for it to lie on.

As for video recording, the XA1 Ultra doesn’t feature optical image stabilization (OIS) on its main camera and it was quite obvious in many cases, as my hand is far from steady. I liked the 16-megapixel front-facing camera though. It takes high-quality selfies and even uses a filter mode that perfectly hides blemishes. As previously mentioned, the front facing camera uses an OIS that works well when taking selfie videos for Instagram or Snapchat purposes.

A battery that just can’t last 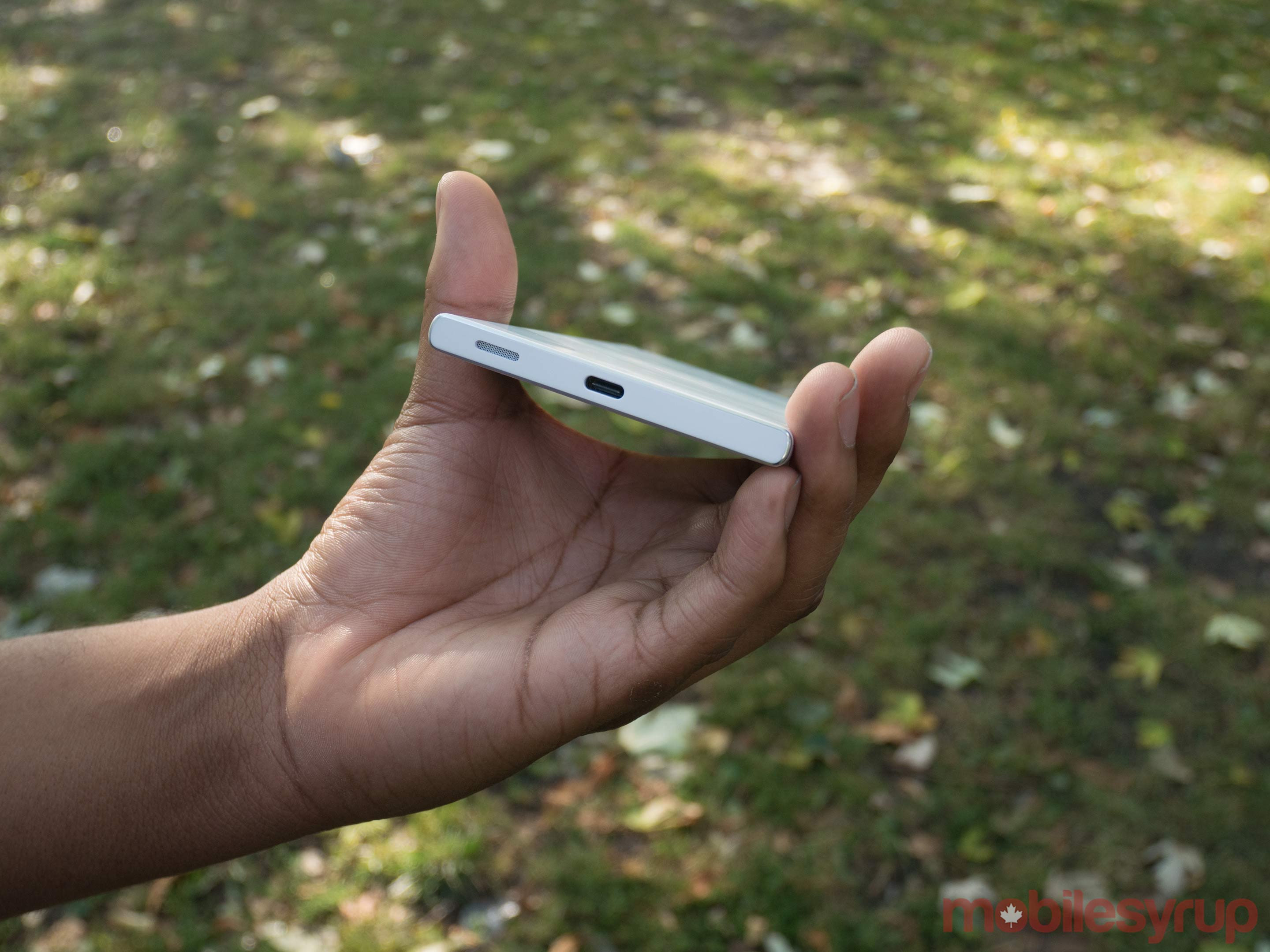 The XA1 Ultra features a 2,700mAh battery that’s not powerful enough to keep the device running for longer than a day.

Over the course of a typical day, I might watch perhaps an hour or two of Netflix on the highest possible brightness settings, as well as casually text, browse the internet and check out Facebook. With this usage in mind, the XA1 died at around 8 pm and sometimes even earlier.

After using the HTC U11 for the past few months and expecting at least a full day of power, I found the XA1 Ultra was a let down. When pitted against another smartphone such as LG Q6’s or the Moto E4, however, the battery size is a little more respectable.

The XA1 Ultra also doesn’t feature the best specs, greatest battery or slim bezels, but it’s definitely worth considering if you’re in the market for a large mid-range smartphone with a reasonable price tag. Its 6-inch display is clear and sufficient for watching Netflix and YouTube videos. Its processor is also smooth and was able to handle any task I tried to perform on the device until I got back home from work.

The phone is available through Freedom for $420 and Amazon.ca for $419.99 — through the company’s authorized dealer — and Vidéotron for $439.