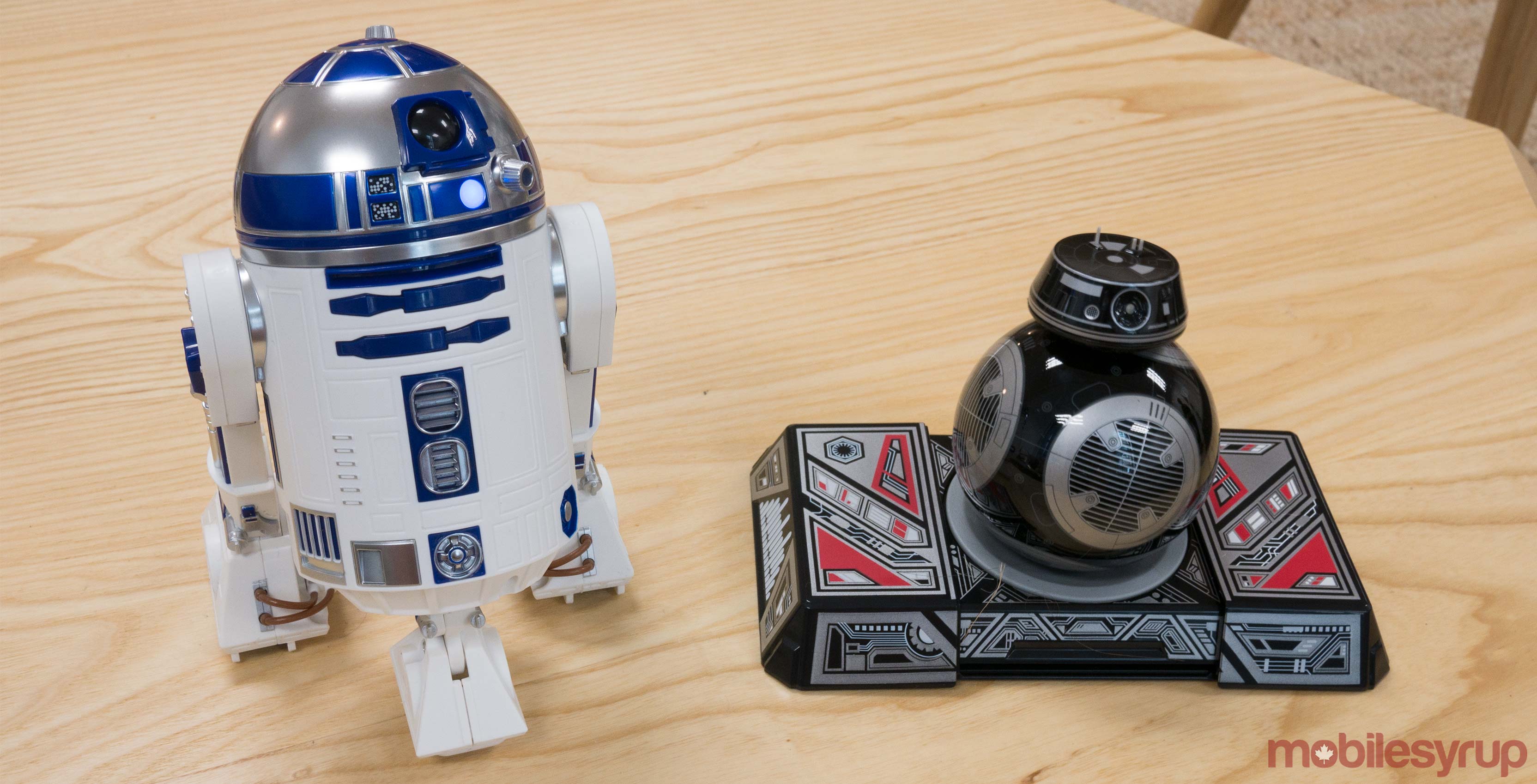 Following the recently released Cars’ Lightning McQueen RC car and Spider-Man toy, Sphero has revealed the next two robotic creations stemming from its partnership with Disney and the company’s Star Wars franchise.

BB-9E, a spherical droid that seems set to be the evil, ‘New Order’ version of the now iconic BB-8, features a vibrant LED light on its moving head, thanks to power being passed inductively from its circular body. This means that the droid’s head doesn’t require an additional battery thanks to two induction coils embedded into its core, which is an impressive feat of engineering on Sphero’s part. 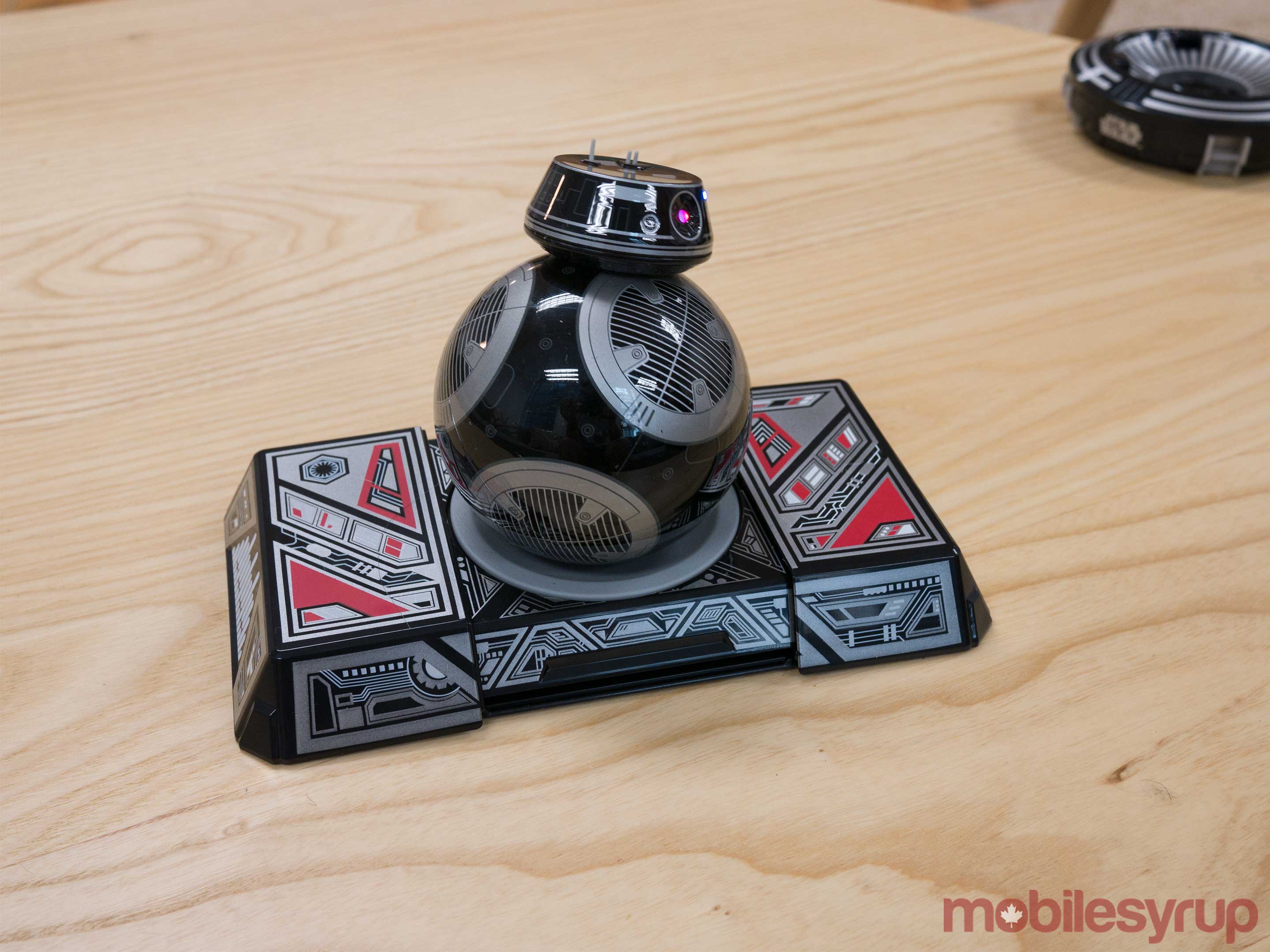 “At first our electric engineering team was like ‘that’s not possible,’ but one of our engineers was able to figure out how to make it work… He’s got two coils. The neat side-effect of that for driving is he’s [BB-9E] a little more weighty because we had to counterweight in the bottom; we had to change one of our brackets from plastic to zinc to counteract that weight,” said Carly Cloge, the Canadian-born manager of Sphero’s Star Wars line, in an interview with MobileSyrup.

Similar to past versions of BB-8, BB-9E comes equipped with an inductive pad designed to charge the droid. New for BB-9E, however, is a  ‘Holographic Simulation Sphero Droid Trainer,’ though all BB-8 packages will include this accessory now as well, according to Sphero. 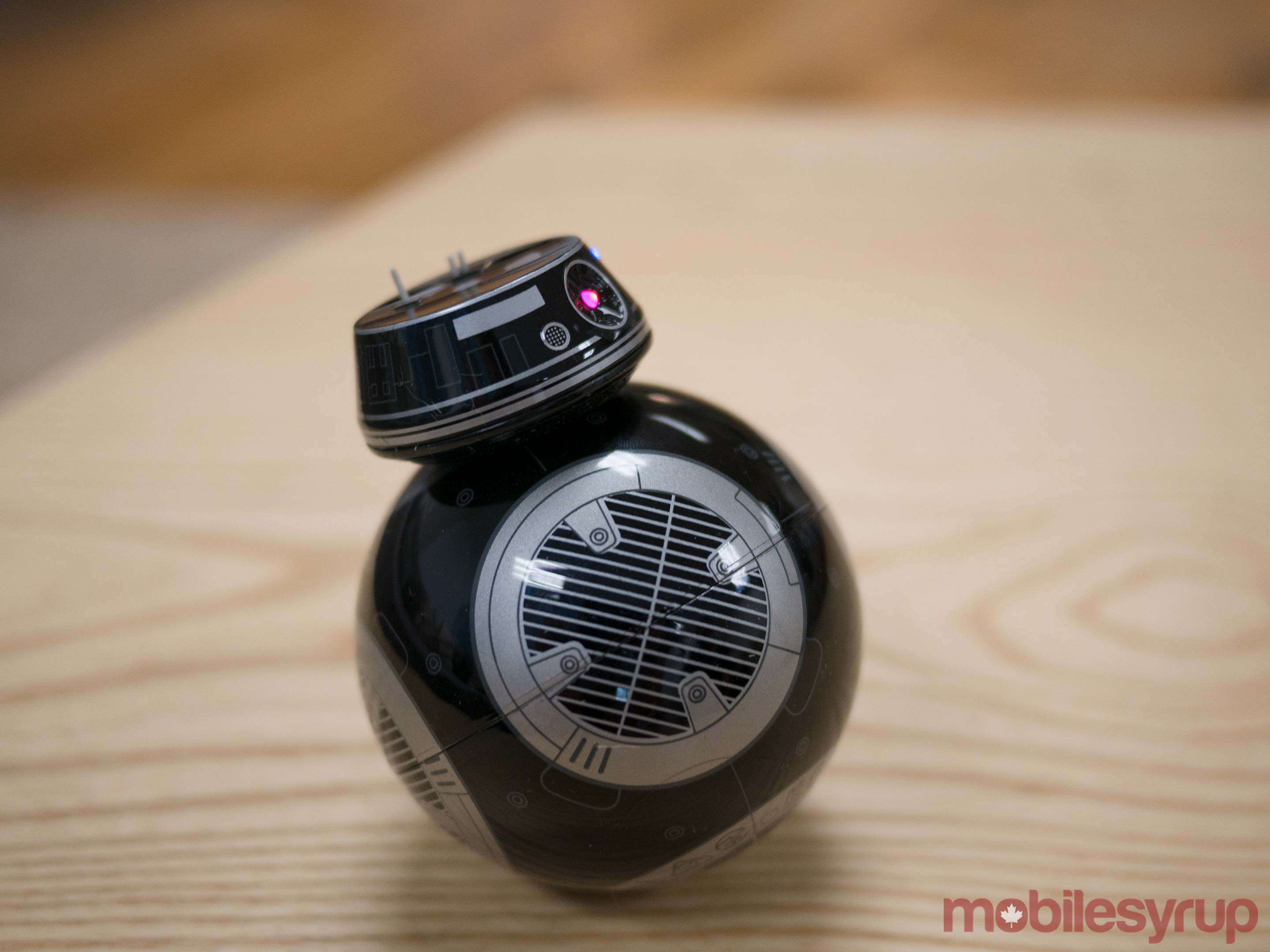 The Droid Trainer allows users to explore various Star Wars series ships while BB-9E sits in place and reacts to the phone’s movement. While a relatively minor addition, hardcore Star Wars fans will be pleased to hear that they’ll be able to explore a new vessel set to be featured in Star Wars: The Last Jedi (Episode 8) called the Supremacy.

“It was a little nerve-racking because they were sending all this source footage with my name watermarked on it and I was like, ‘no one better leak this,'” said Clogue, discussing what it was like to get early access to unreleased Star Wars material. 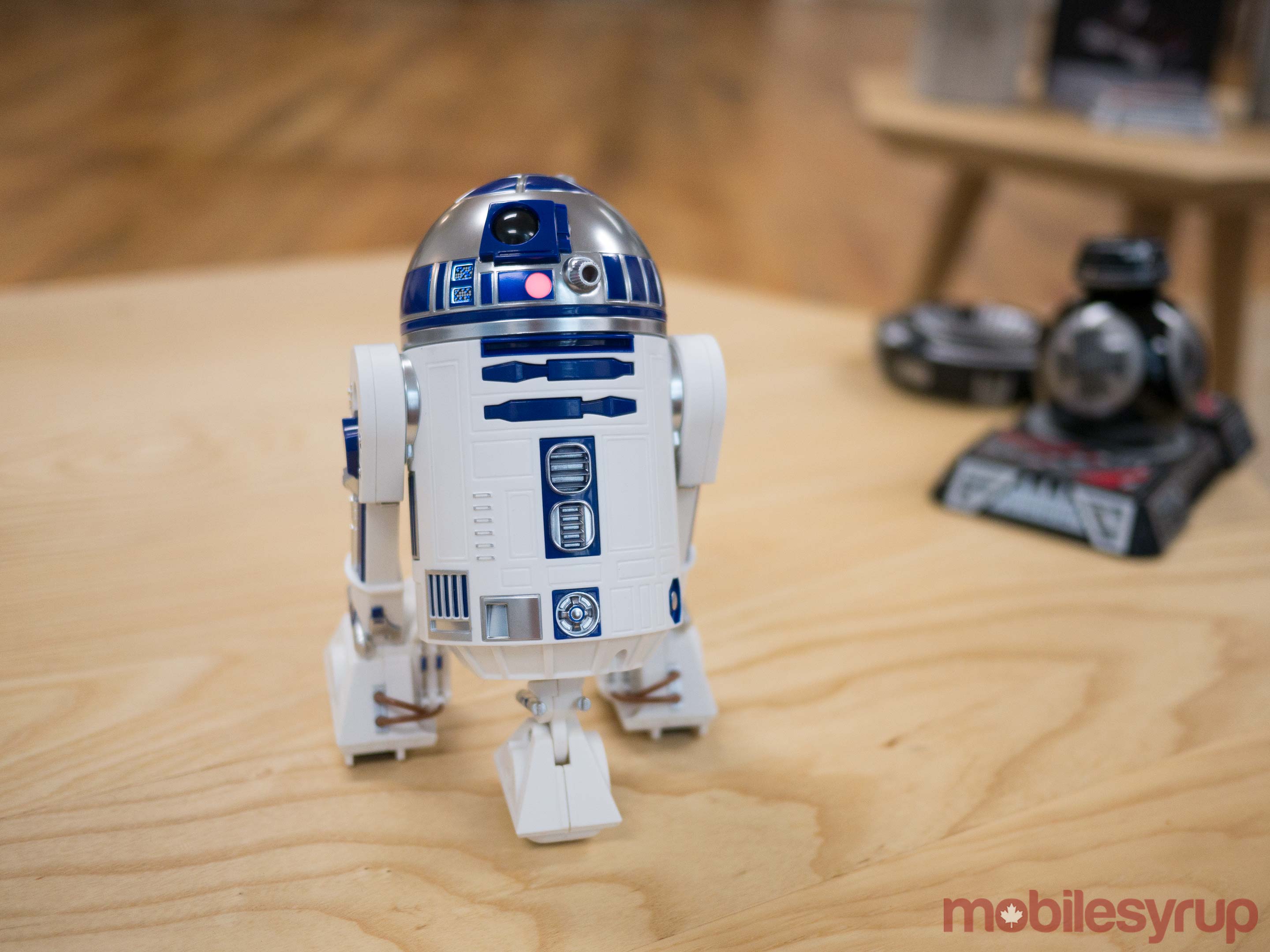 BB-9E controls very similarly to BB-8, only with additional weight. This means that the droid actually stops better when compared to its predecessor, though it’s also slower to take off. Clogue says that her development team has made BB-9E’s control overall more responsive when compared to the toy’s predecessors.

While I only played with the droid for a brief period of time, it’s true that BB-9E was easier to control and felt more responsive when compared to previous versions of BB-8 I’ve used. 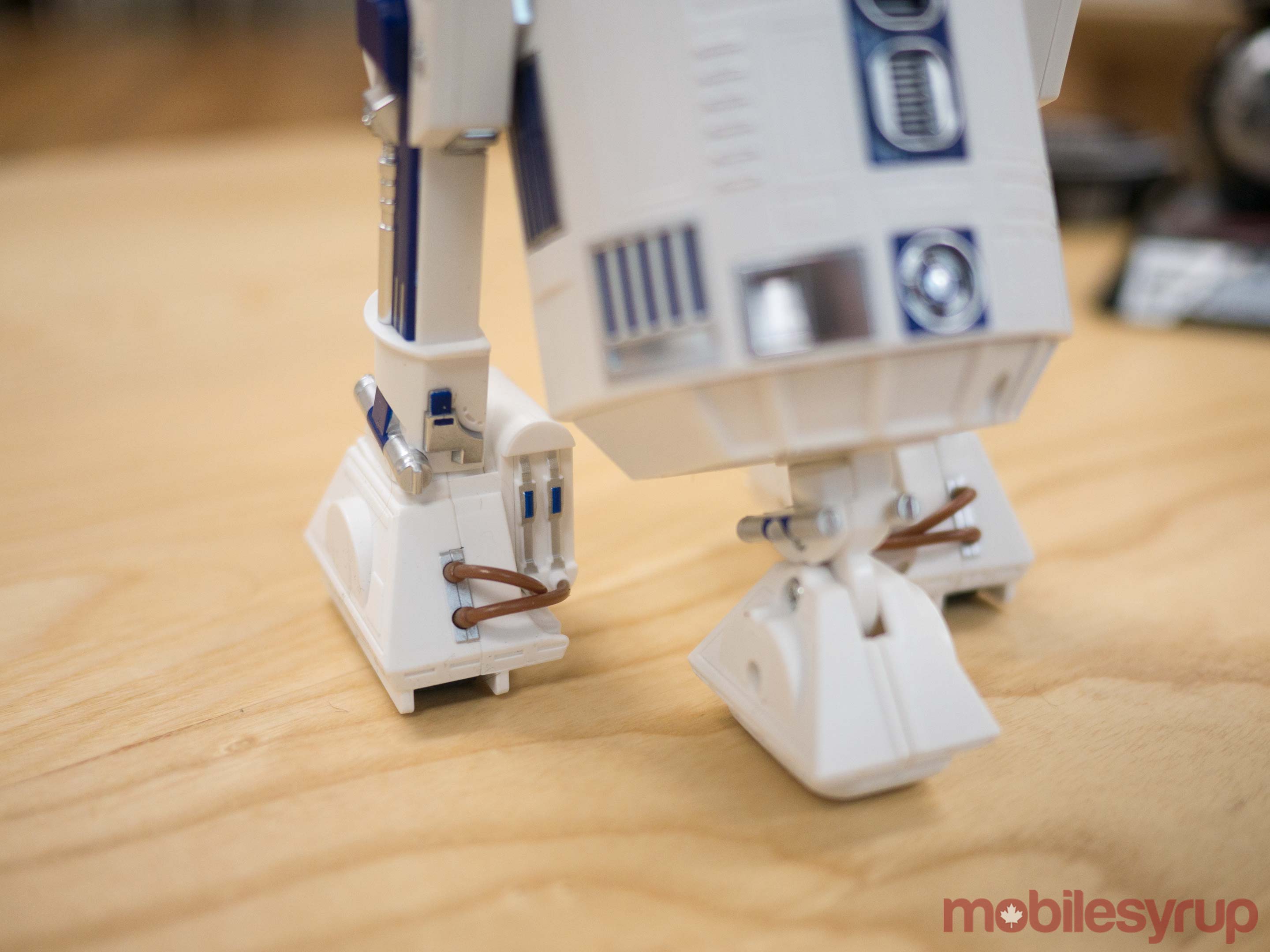 Since Sphero was not content to just release a new version of BB-8 this year, the toy company also created the most life-like version of R2D2 I have ever seen.

The droid, which is also smartphone controlled, features four motors; two for its dome and shoulders, as well as one in each foot. Artoo is even able to go from its bipod to tripod stance at a whim, giving the droid the signature waddle emotiveness those familiar with the Star Wars franchise will remember. 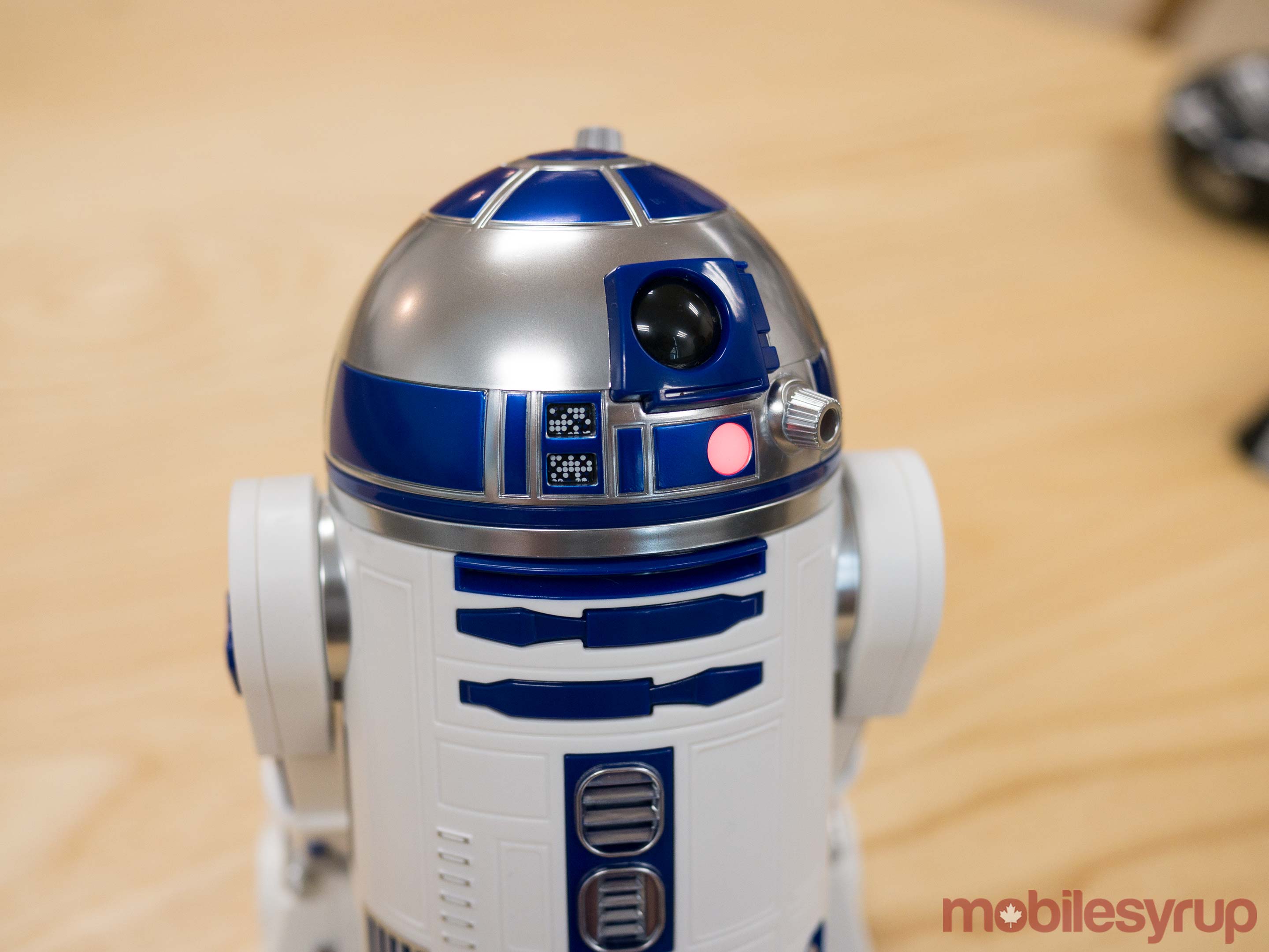 Other features include front and rear lights that feature multi-colour LEDs as well as authentic “beeps” and “boops” pulled directly from the Star Wars vault and A New Hope by Lucasfilm.

“One thing that we heard from folks was getting those really authentic animations was critical. So instead of one motor like other Artoos on the market, we have four in there; one in each leg, one in the head and one for the body,” said Clogue. 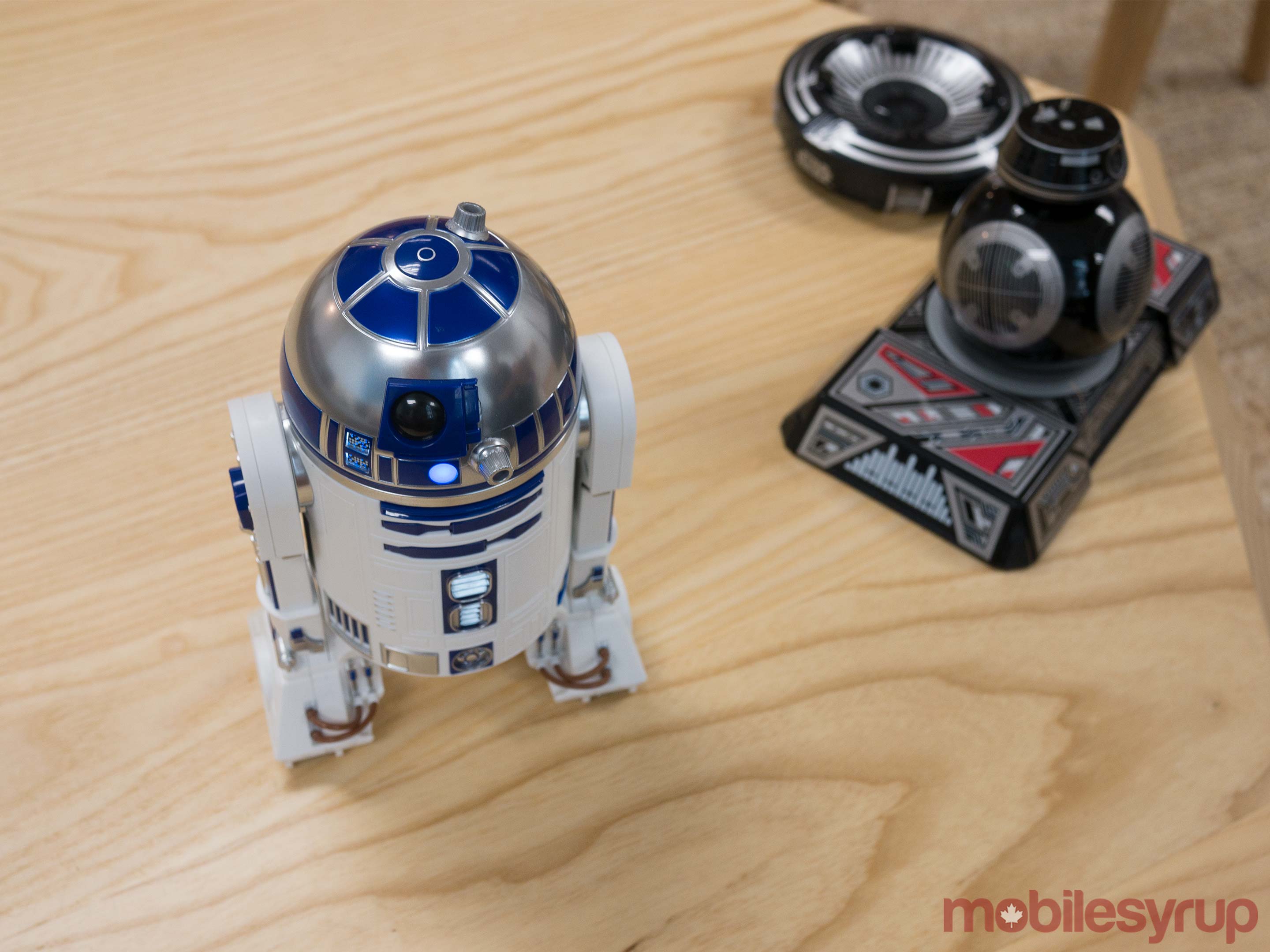 Similar to BB-9E, players are also able to explore various Star Wars environments in augmented reality with R2-D2, with the exclusive vessel being the series’ iconic Millennium Falcon, as well as Obi-Wan’s house. In terms of control, Artoo is able to turn in an extremely tight radius, and the various animations the droid is able to perform are both authentic and incredibly endearing. More so than either of Sphero’s spherical droids, R2-D2 feels like it taken directly from a Star Wars films and dropped in front of me.

Clogue says that her team has also completely revamped the entire Sphero Star Wars app to be the one central platform all of the company’s toys are controlled from. The app allows all three droids to be sent out on patrol simultaneously, a feature few people will likely end up using but that is still undeniably cool.

Other new features include a new ‘Dynamic Drive’ joystick that appears in various locations on the phone’s display, making it easier for users with smaller hands to control the droid, as well as specific animations, such as the famous scene where R2-D2 falls onto its side.