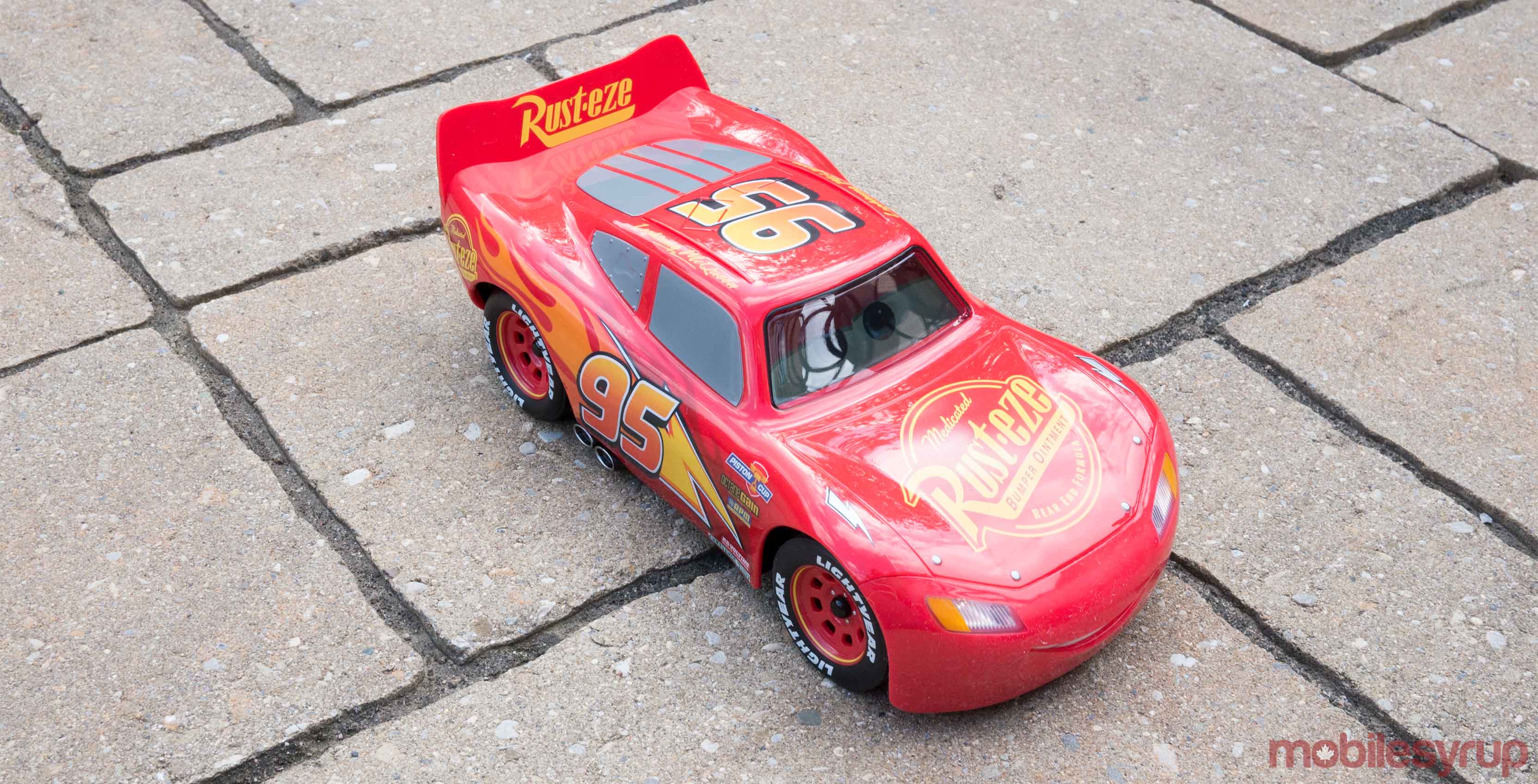 Continuing the upward trend Sphero started with its ultra successful BB-8 smartphone controlled toy, the inventive tech company has announced a new partnership with Disney and Pixar, this time for a surprisingly animated high-tech version of the Cars series’ main character, Lightning McQueen.

The colourful car, which is controlled via either an Android or iOS smartphone, has a surprising amount of pep to it when driven inside a home on a smooth surface, as well as a feature that allows it to drift when turning corners and even spin in tight donut circles Fast and the Furious style. When driving Lightning McQueen outside, however, the car gets stuck on small objects very easily, in part because of its rubber front and moving mouth. 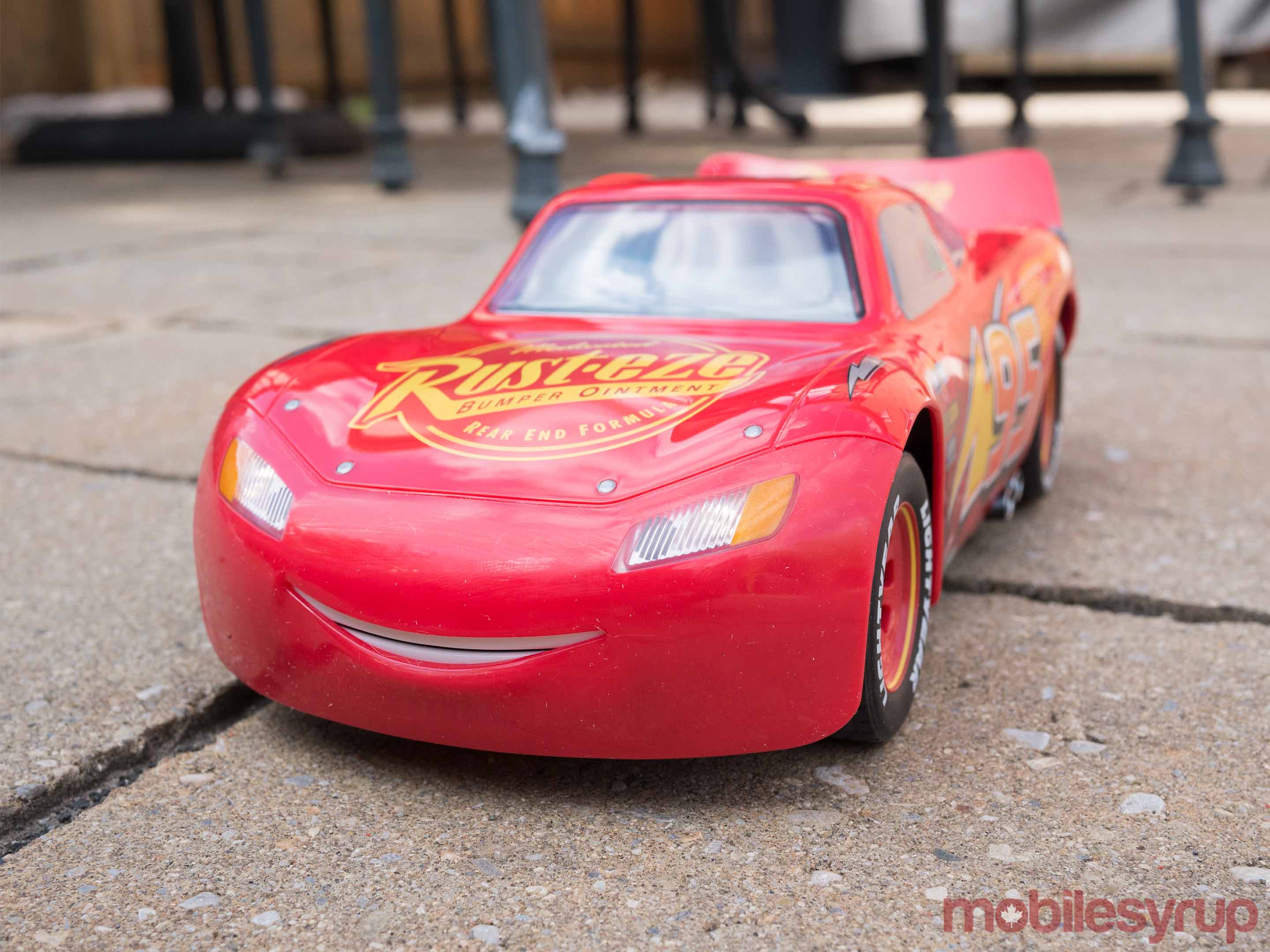 What’s most fascinating about Sphero’s Lightning McQueen toy is how the car moves nearly identically to the character in Pixar’s Cars films. For example, the vehicle’s suspension lurches to the left and right when you’re driving the vehicle and sharply turning it, giving the toy a very cartoon-like feel and replicating how the character is animated in the Cars films, in part due to its six internal motors: one for controlling the animatronic mouth, two for emotive suspension, two for the front tires and one for steering.

Even small details like Lightning McQueen’s various decals and the car’s intricately designed tires, replicate the way the character looks in the Cars films. The toy also features five capacitive touch panels on its roof, hood, and both sides of the doors, as well as near its rear window.

When the Lightning McQueen speaks, the toy’s mouth — which is located on the front of the car just like in the films — actually moves, as do the vehicle’s eyes, which are created by what Sphero calls a “custom built trapezoidal LCD screen,” allowing for live animations and renders. There’s even an ‘Acting Studio’ feature that lets users create animations and lines from the films for Lightning to perform. 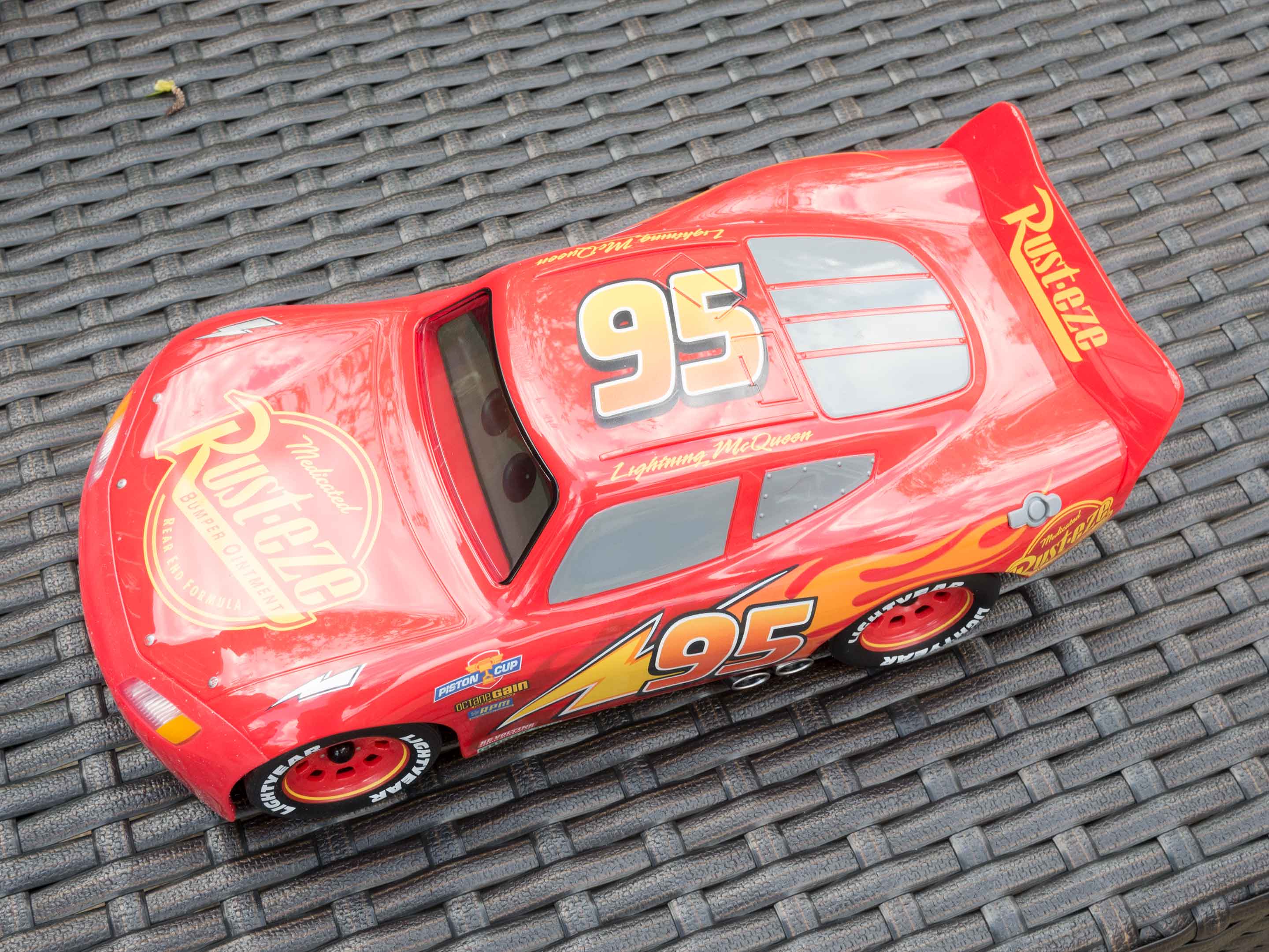 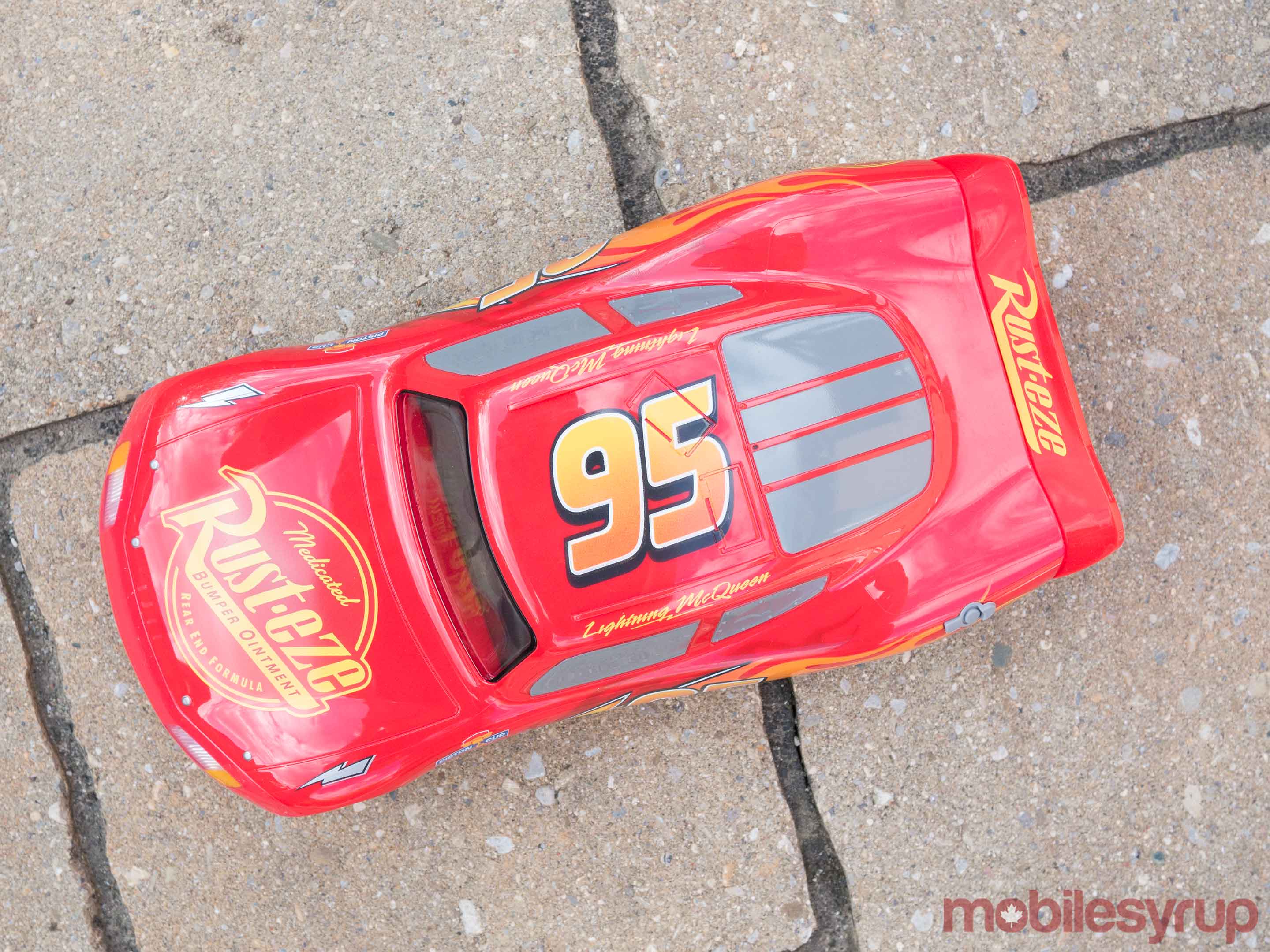 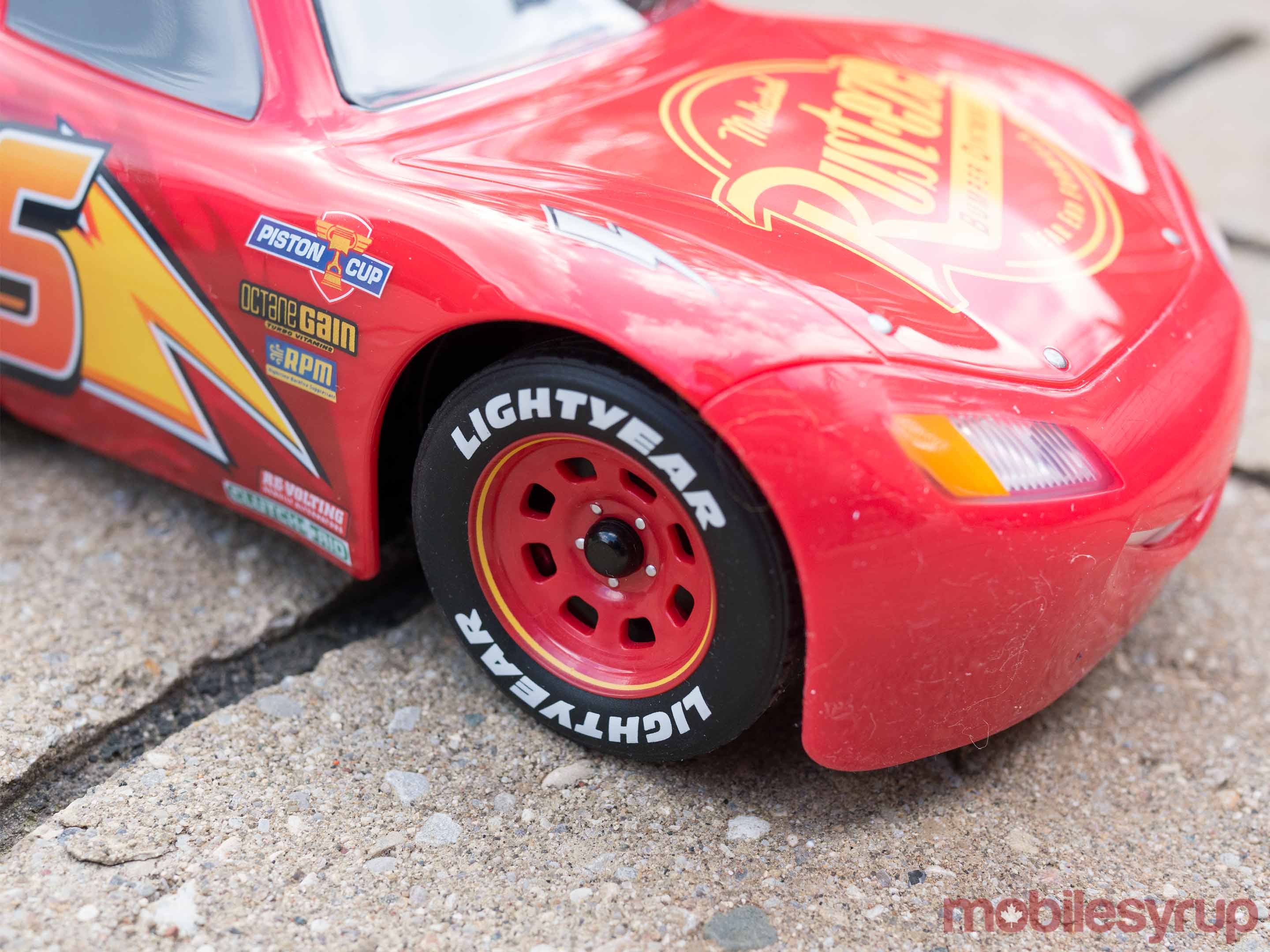 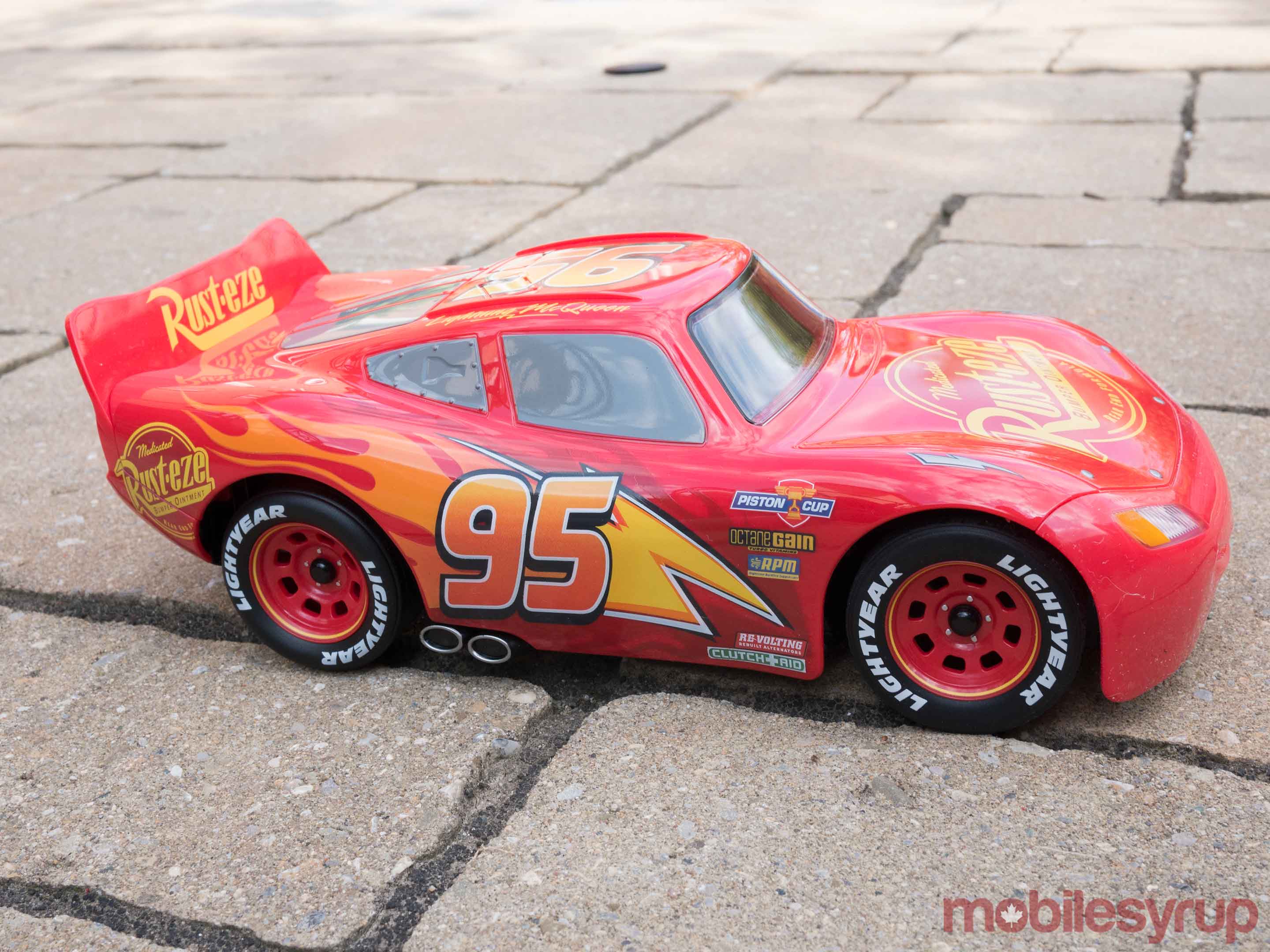 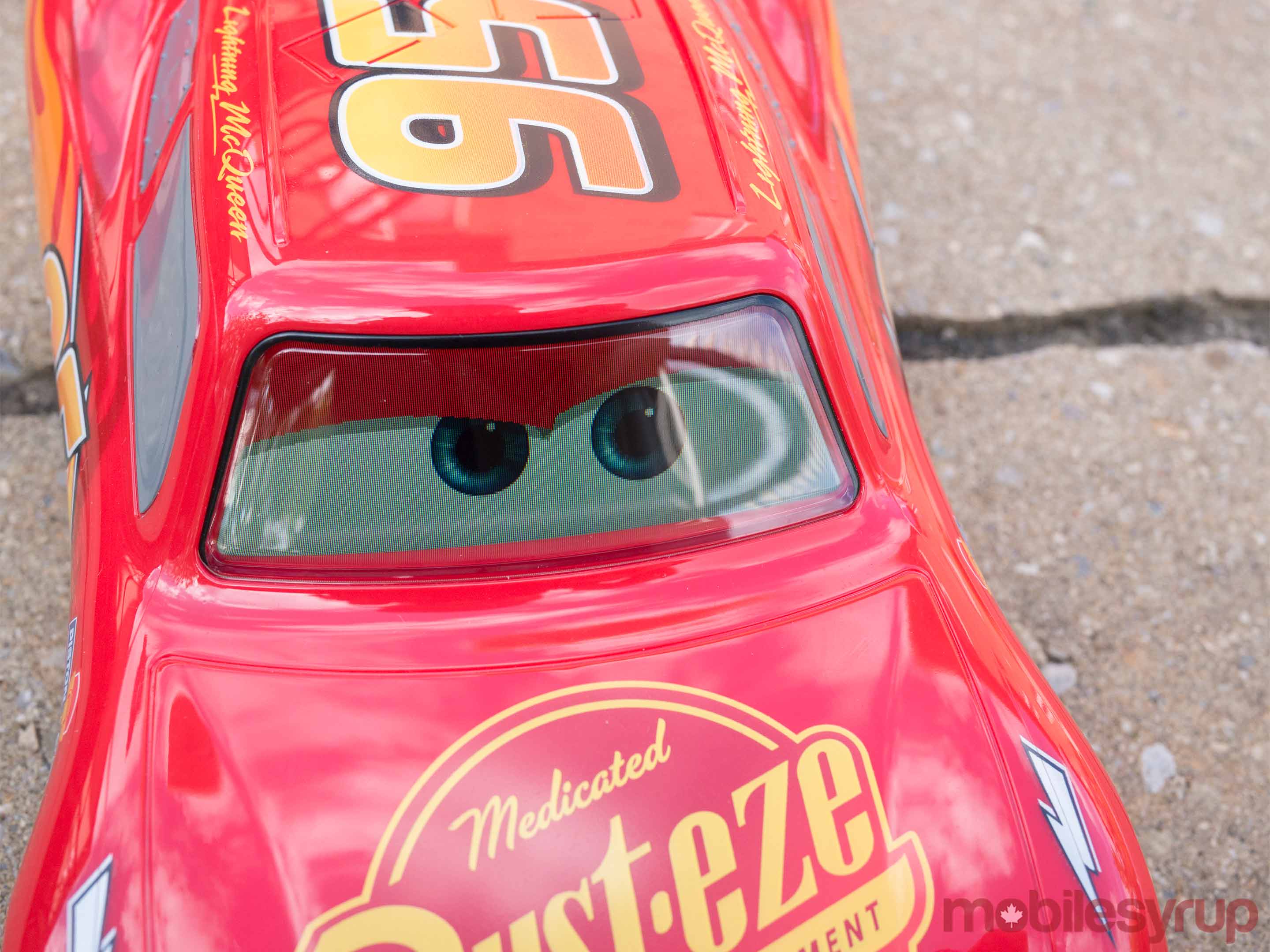 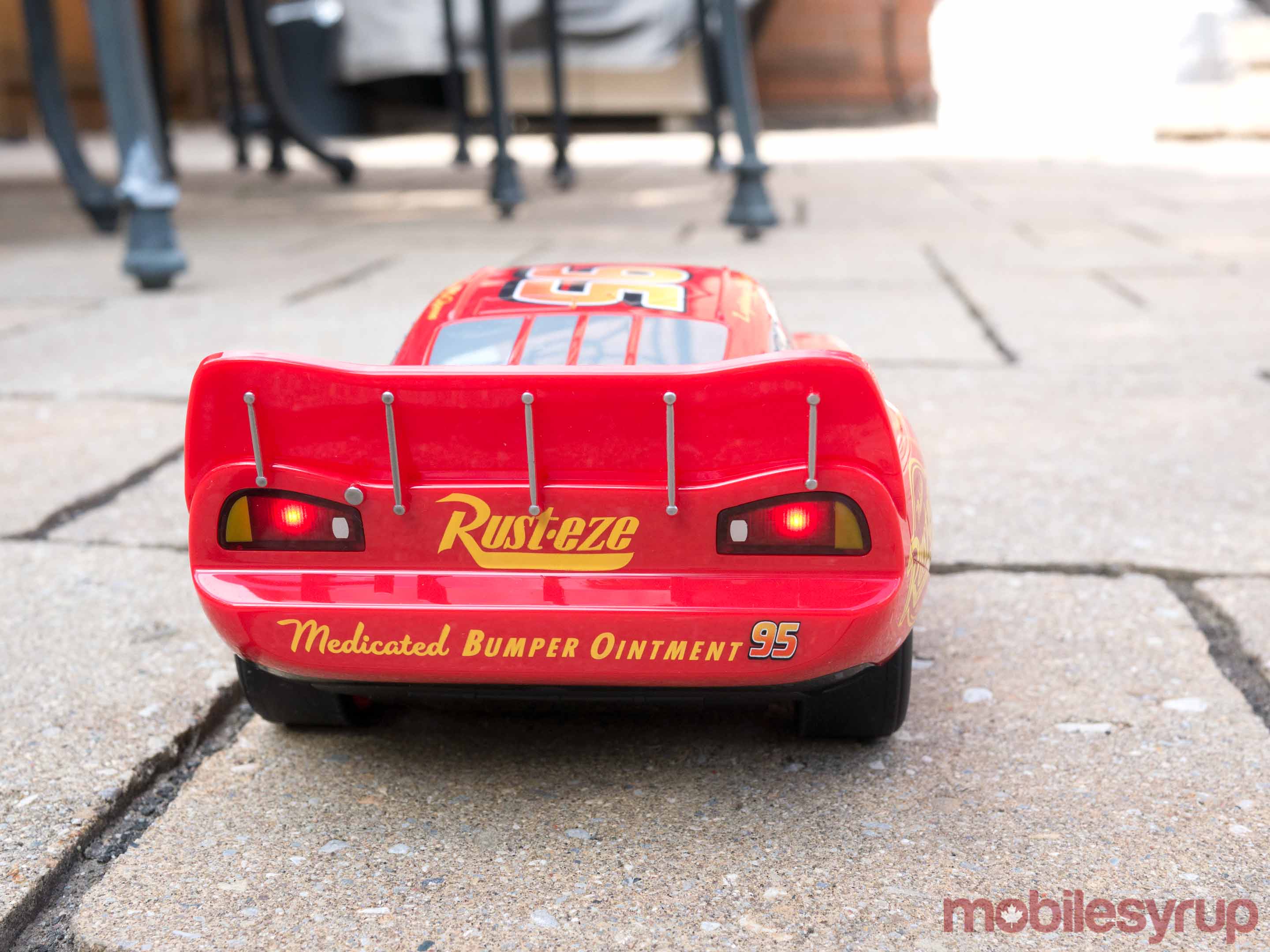 The attention to detail present in Sphero’s latest licensed effort is in part due to the fact that Jay Ward, the creative director on Disney and Pixar’s Cars series has been heavily involved with the toy since its inception and has has reviewed various app concepts and design prototypes, according to Sphero. Even upcoming Cars 3’s supervising animator, Bobby Podesta, is involved in the project, adding an additional level of authenticity to the Lighting McQueen toy.

Furthermore, Sphero has placed an emphasis on ensuring there is more to do with the Lightning McQueen car than just drive it around. The tech company has added simple mini games to the game’s companion app, as well as the ability to watch the Pixar’s Cars films with the RC vehicle, complete with reactions to specific scenes (though the latter feature wasn’t available in the beta version of the app I tested out).

Specs-wise, Sphero’s Lightning McQueen car features 30 meters of connectivity due to its Bluetooth 4.0 range, — though in my experience the car disconnected long before it hit this mark — 40 minutes of battery life and one hour of charge time. It’s also extremely durable, which is a must for any toy aimed at young children. In one instance, I actually drove the car off a four foot drop by accident and it only resulted in minor scratches. 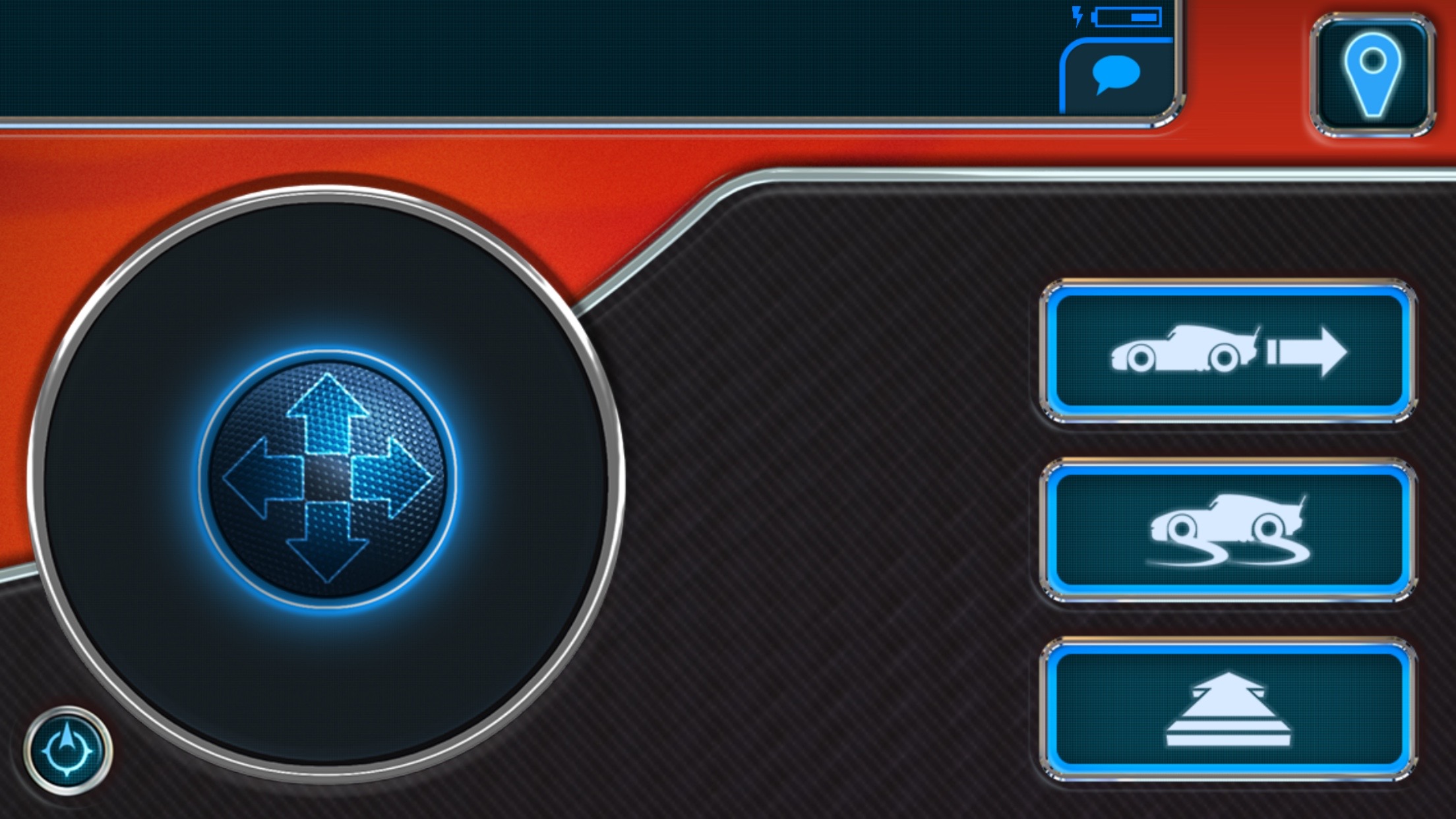 As far as connected children’s toys go, Sphero’s Lightning McQueen car is very impressive and is a fascinating continuation of the company’s move towards licensed products, a shift that has obviously been very lucrative for the manufacturer.

All this tech, however, comes at an expensive price tag, with Sphero’s Lightning McQueen Car costing $399 CAD and being sold exclusively at Best Buy Canada.