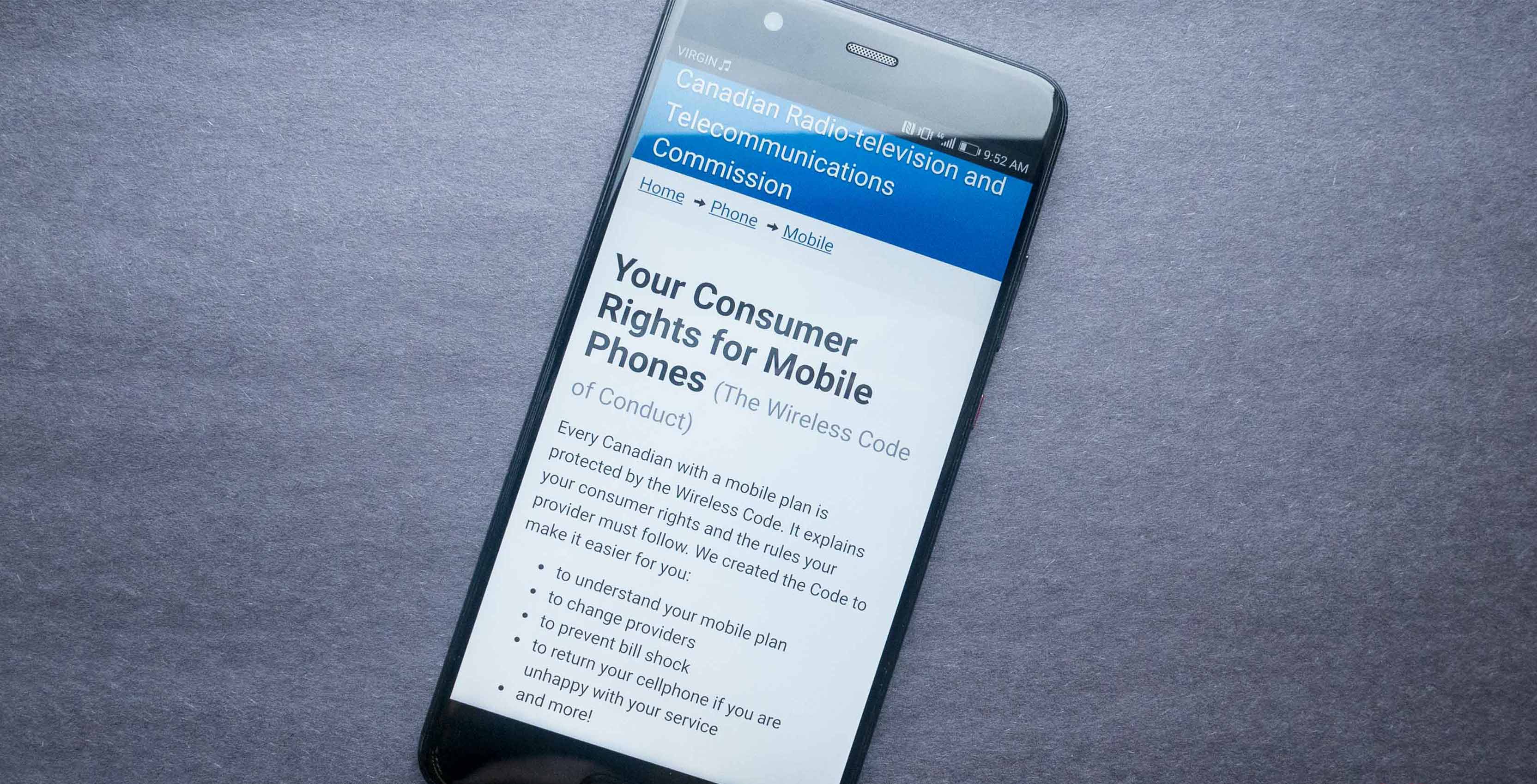 Canada’s telecom regulator has announced that as of December 1st, 2017, all individual and small business wireless consumers will have the right to have their mobile devices unlocked free of charge upon request, while all newly purchased devices must be provided unlocked from that day forward.

The decision came following the February 2017 review of the Wireless Code, where unlocking fees took center stage, with some parties (like Freedom Mobile) advocating for the abolishing of those fees altogether, some arguing they should remain as an important theft deterrent and the CRTC suggesting the fee should be far under the current $50 CAD standard.

“The Wireless Code has helped make the wireless market more dynamic to the benefit of Canadians. While they appreciate the Code, they told us loudly and clearly that it could be more effective,” said Jean-Pierre Blais, chairman of the CRTC, in a press release.

As of December 1st, 2017, all individual and small business wireless consumers will have the right to have their mobile devices unlocked free of charge upon request, while all newly purchased devices must be provided unlocked from that day forward.

“We have listened to them. The changes and clarifications we are announcing today will give Canadians additional tools to make informed choices about their wireless services and take advantage of competitive offers in the marketplace.”

Additionally, the updated Wireless Code has changed the trial period after purchase to allow customers to cancel their contracts within 15 days and return their device in “near-new” condition at no cost, as long as they have used less than half of their monthly usage limit. Currently, most carriers have more restrictive limits — for instance, at Bell it’s 30 minutes of voice usage and 50MB of data.

The CRTC further clarified to MobileSyrup that when it comes to unlimited services, trial period usage limits will be prohibited altogether, starting December 1st.

At the same time, the telecom watchdog loosened trial period restrictions for Canadians with disabilities’ so that they can use up to 100% of their plan’s voice, text or data during a 30-day extended trial period.

On top of the new rules, the CRTC clarified certain rules already existing in the Wireless Code to combat bill shock. For shared plans, the account holder must be — by default — the one who consents to data overage and data roaming beyond the established caps of $50 for data overage and $100 for roaming. The CRTC states wireless providers can allow customers to authorize others on the account to consent as well.

The CRTC also notes in its media release that the caps apply on a per account basis, regardless of the number devices on the account — and that these clarifications apply immediately. In addition, the regulator clarified that a wireless plan’s key terms in the marketplace include voice, text and data services, and that the terms cannot be unilaterally changed by the service provider during the contract period without the account holder’s express consent.

“The changes and clarifications we are announcing today will give Canadians additional tools to make informed choices about their wireless services and take advantage of competitive offers in the marketplace.”

“The Wireless Code marked a huge step forward for consumer protections, and these updates will further prevent mistreatment of Canadian cell phone users at the hands of the big telecom companies,” said Katy Anderson, the digital rights advocate at non-profit consumer advocacy group OpenMedia, in a press statement.

“The changes made today will go a long way to ensuring Canadians know what their rights are when it comes to cell phone plans, and send a strong message to these companies that the CRTC intends to continue looking closely at the way they treat their customers.”

Sophie Paluck, director of communications at the CWTA — an industry group that has members including Bell and Rogers — told MobileSyrup in a statement, “Consumers have always had the option of purchasing unlocked devices by paying the full retail price upfront,” adding: “We certainly hope this new development will not cause an increase in device theft and fraud; we will monitor the situation closely.”

Canada’s Wireless Code of Conduct was introduced in June 2013, bringing with it a change from three year to two year wireless contracts and a more transparent and flexible format for subsidy payments over the course of that 24-month period.

It also restricted roaming and data overages without the customer’s explicit consent — for instance, it required that carriers suspend service when roaming fees hit $100 CAD, at which point users will get a text asking whether they’d like to use more.

Additionally, the Code mandated that a customer’s contract must be written in plain language and that when a customer cancels his or her contract, the carrier must comply immediately. Previously, customers were forced to wait 30 days.

The pro consumer changes were inevitably interpreted in ways that were sometimes less than generous — such as raised prices for the two-year plans to account for the shorter subsidy period — but overall, the number of complaints received by the Commissioner for Complaints for Telecommunications Services (CCTS) saw a sharp decline.

Update 15/06/17: A previous version of this article mistakenly stated that the WCOC was introduced in June 2015. That date actually marks the time when carriers had to apply the Code to all wireless contracts. The article has also been updated with comment from OpenMedia.

Update 16/06/17: This article has been updated with comment from the CWTA, and clarification on the new usage limit restrictions for the 15-day trial period.