The Wireless Code of Conduct now applies to all Canadians: Here’s what you need to know 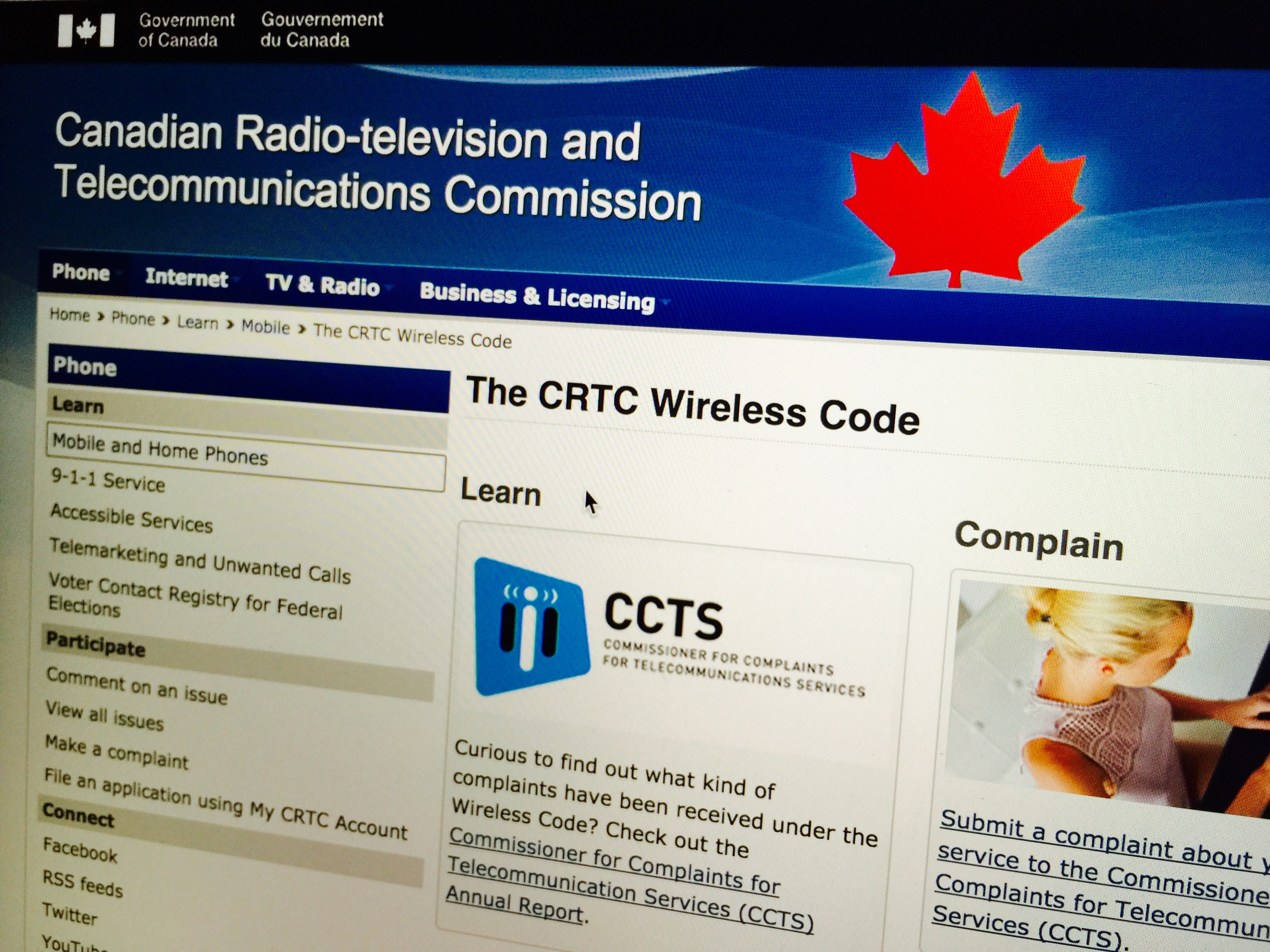 At the risk of sounding grandiose, today is D-Day in the Canadian wireless industry. Unless you’ve been living under a rock (I hate that expression, but it’s apropos here), you’re likely aware that June 3rd 2015 marks the day that all Canadians fall under the auspices of the CRTC’s Wireless Code of Conduct.

Bob, can’t you read? You’re now protected by the Wireless Code of Conduct!

Yes, but what does that mean?

The most important tenet of the Wireless Code is the ostensible ban on three-year contracts, since all smartphones purchased on subsidy must be paid off within 24 months, or two years.

June 3rd was given as the date within the provisions of the Wireless Code that all Canadians, even those still governed by three-year contracts, would be protected by its many tenets, including that of the maximum device amortization.

So what you’re saying is that even though I am still technically in a contract for another year, I can leave without paying a cancellation fee?

…Yes. Way to ruin the climax!

Say you signed a three-year contract on December 5th, 2012. Under the old rules, you’d be paying off your phone until December 5th, 2015; cancelling early would mete a fairly sizable cancellation fee, in many cases separately for voice and data, that in many cases vastly exceeded the residual cost of the phone. That punitive early cancellation fee structure was implemented to prevent people from buying a phone for little money and then turning around to cancel their contract and run off with the Very Expensive Device.

Today, the presumably millions of Canadians that signed three-year contracts between June 3rd, 2012 and June 3rd, 2013 can walk away from their contracts without paying a cancellation fee. The residual inducement cost of the phone in your hand, pocket or bag, the one you’re still paying off, has been reduced to zero.

In other words, you’re free to leave your carrier without paying a dime.

If you signed a contract between June 4th and December 3rd, 2013, the day the Wireless Code came into effect, you will have to pay the residual value of the phone, since you haven’t yet reached 24 months into your contract.

There must be a catch, though.

Well, not really. Under the Wireless Code, the balance of all devices purchased on contract must be paid off in equal installments over 24 months. As of today, because that applies to everyone in Canada, even those who previous signed three year contracts, the early cancellation fee has been reduced to zero.

And because under the code carriers cannot charge penalties for cancelling service, the early cancellation fee applies to just the remaining cost of the phone.

Confused? Let’s do some math.

Say you walk into a Telus store* and buy a fancy new Samsung Galaxy S6 for $250 (plus tax, but for now let’s pretend that doesn’t exist). The actual cost of the Galaxy S6 is $750, which means that the inducement amount – the subsidy, or amount that Telus is discounting the phone in order to lock you into two years of monthly plan payments – is $500.

Under the Wireless Code of Conduct, that $500 subsidy must be paid off in equal installments for 24 months, which works out to $20.83/month, at which time the phone is fully paid for and you’re free to leave your carrier and move somewhere else.

But say you see a great deal 13 months into your contract and want to leave for Rogers, Bell, Wind, Fido, Koodo, Videotron, SaskTel, MTS, Eastlink, TBayTel or even Mobilicity (did I miss any?). You’ve paid for 13 months of service, reducing the total cost of the phone by $270.83. Your remaining balance, therefore, is ($500-270.83=) $229.17, which is the amount that would have to be paid back to Telus before moving elsewhere.

It might seem complicated, but it’s far less so than under the old rules.

But what if I bought my phone outright and don’t have any subsidy? Do I still have to pay a penalty when canceling my plan?

Good question. The Wireless Code takes that into account, too.

Most plans today cost the same whether you buy a phone on contract or bring your own. Carriers often offer a discount from the principal when bringing your own phone, as an incentive, but the base price is usually the same.

But say a carrier decides that it wants to offer a lower standard amount for those that bring their devices to the network but want to sign a 2-year contract. The Wireless Code says that the maximum cancellation fee will be either $50 or 10% of the minimum monthly charge for the remaining number of months within a contract, whichever is less.

On the other hand, most Canadians don’t sign a fixed-term contract these days when bringing their own device, and carriers are not allowed to charge a cancellation fee when a customer brings his or her own device to a service contract of indeterminate length.

That’s great. What other benefits does the Wireless Code give me?

You want more?! Of course you do.

In fact, the Wireless Code is a pretty customer-friendly document, though it’s been criticized as not being generous enough when it comes to things like data overages and unlocking fees.

On a high level, the Wireless Code restricts runaway fees like roaming overages, unless the customer explicitly agrees. Carriers are required to suspend service when roaming fees hit $100, for instance, at which time they will send an SMS or email asking for permissions to continue billing.

Similarly, the Code sets a limit of $50 per billing cycle on data overages within one’s own network.

A customer’s contract must also be made available in plain language, and the carrier cannot unilaterally make changes to the contract without the customer’s consent.

When a customer cancels his or her contract, the carrier must comply immediately, instead of the 30-day period one would have to wait prior to the Code’s implementation.

And finally, the way an account is disconnected, due to failed or late payment, is explicitly laid out, so customers know what to expect in that situation. Sufficient notice must also be given before disconnection occurs.

So where does this leave us?

That’s a good question, and one I can’t really answer. The Wireless Code hasn’t explicitly banned three-year contracts, but has instead forced carriers to reconsider contract length based on factors like cancellation charges.

(Three-year contracts are alive and well in the business and enterprise sectors, though, as the Wireless Code only applies to individuals.)

The Wireless Code has also changed the way carriers do business, requiring them to be a lot more up front about their charges. The death of the “hidden” fee, though, has left a lot of Canadians wondering whether they pay too much for wireless service in the first place.

The implementation of two-year contracts has, as expected, increased the cost of smartphones, since the amortization period has been reduced by a third, but it has also significantly increased the base cost of monthly plans, with some exceptions.

When Canadian carriers transitioned over to two-year contracts shortly after the Code was announced, in the summer of 2013, they moved to a shared data model, which incentivized families and groups to buy larger data pools to split the costs between a number of people. While relatively inexpensive plans can be found on carriers like Wind, and on incumbent regional networks like MTS and SaskTel, the base cost of an individual’s wireless plan has not dropped since mid-2013. Instead, carriers have bundled more services, such as wireless TV, free streaming music and exclusive video content, into their plans. They’ve also significantly improved the performance of their LTE networks, adding nodes in underserved areas and increasing capacity and speed in larger urban areas.

Whether that’s a fair tradeoff depends on you, but as of today you’re protected by the Wireless Code regardless of what camp you’re in.

*I used Telus as an example because the company uses equation-friendly round numbers for its phone prices.