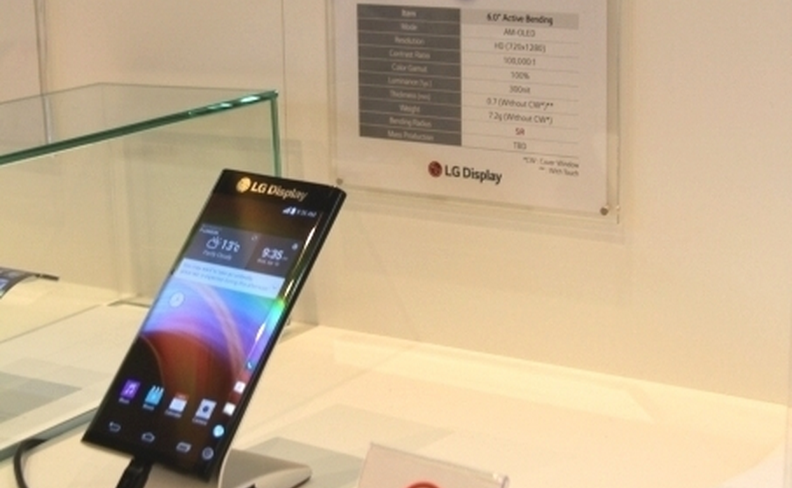 LG unveiled the G Flex 2 earlier this week, which sports a curved display from top to bottom. While early impressions are positive, LG demoed another project behind closed doors that will continue the advancement of curved displays on smartphones.

Directly taking on the second display of the Samsung Galaxy Note Edge, LG has created a prototype “Active Bending” phone that features a 6-inch plastic OLED display with a resolution of 720 x 1280. The main difference to Samsung’s device is that the curves appear on both sides of the display, revealing three possible screens.

A previous roadmap indicated that LG intends to launch a “bending” phone, which appears to look like this Active Bending device, sometime in 2015. Foldable and rollable displays are expected to come in 2017.