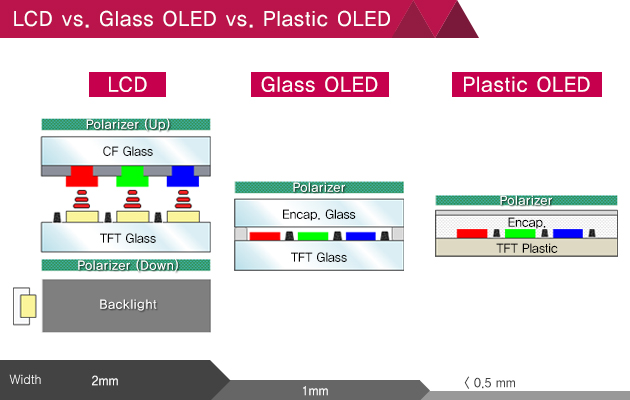 LG has experimented with curved displays in the past with its unique G Flex smartphone, and now it looks like the company is preparing to take things a step further with displays that fold, bend, and roll.

At the end of last month, Park Weon-seo, chief research engineer for flexible displays at LG, told the Wall Street Journal that foldable displays were ‘next’ for smartphones. Park said that that beyond curved displays, foldable screens that could bend once or twice were on on the horizon. These aren’t your typical clamshell phones, though. Instead, Park talked about a foldable device that would cover both tablet and smartphone form factors in its various states.

Now, an LG Display roadmap has indicated that we’ll see the first of these devices in 2017. The roadmap points to more wearables, flexible displays, and tablets in 2015 and 2016, and then foldable, rollable tablets, phones and TVs in 2017. The company is also planning to be in cars at that point, too. 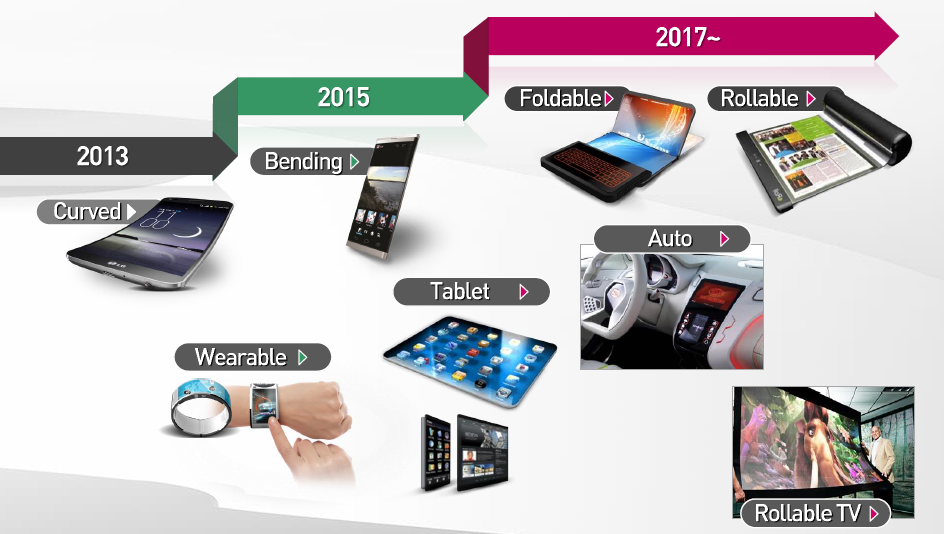 According to PhoneArena, LG will be focusing on its POLED display technology to deliver on the above promises. Though currently only in use in the LG G Watch R, LG also used a POLED panel in the G Flex. Fabricated on a flexible plastic substrate as opposed to glass, POLED displays are extremely thin (0.5mm) and extremely light. They’re also more durable, because they don’t shatter like glass.