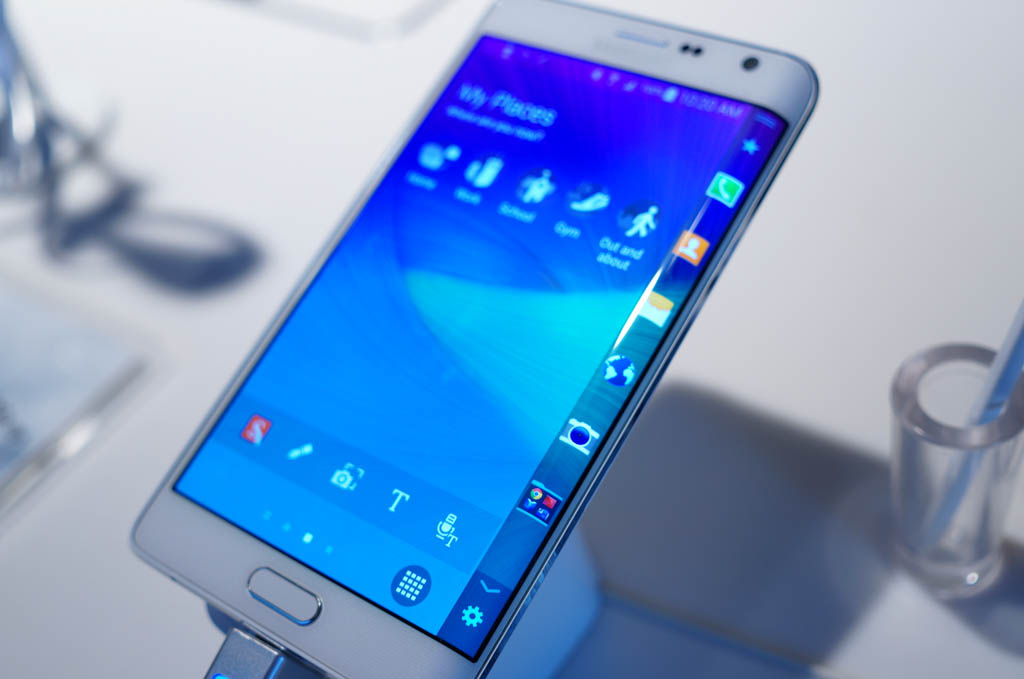 Here at Samsung Unpacked 2014 Episode 2, the company threw us for a loop with the announcement of a curved version of the Note 4, aptly named the Galaxy Note Edge.

It’s a strange device, and one that is unlikely to find the kind of mainstream adoption of the Galaxy Note itself, but it has some interesting use cases.

Practically identical to the Note 4 in terms of specs, the Note Edge comes with a modestly smaller 5.6-inch QHD Super AMOLED display, and extra 160 pixels of horizontal real estate that curves along the right edge. Samsung had shown a prototype of such a display, but it took a couple of years to bring it to a mainstream product. 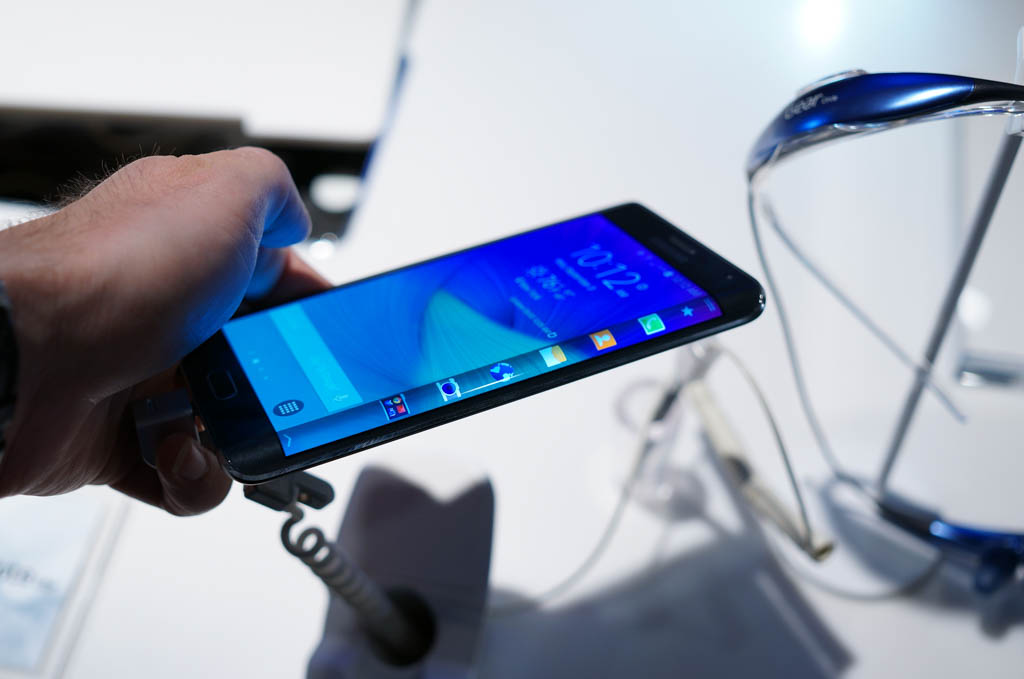 The Edge Screen is something special, and will really determine how you end up using the phone; it acts as both an independent function area and an app launcher, divided as such based on swipes. 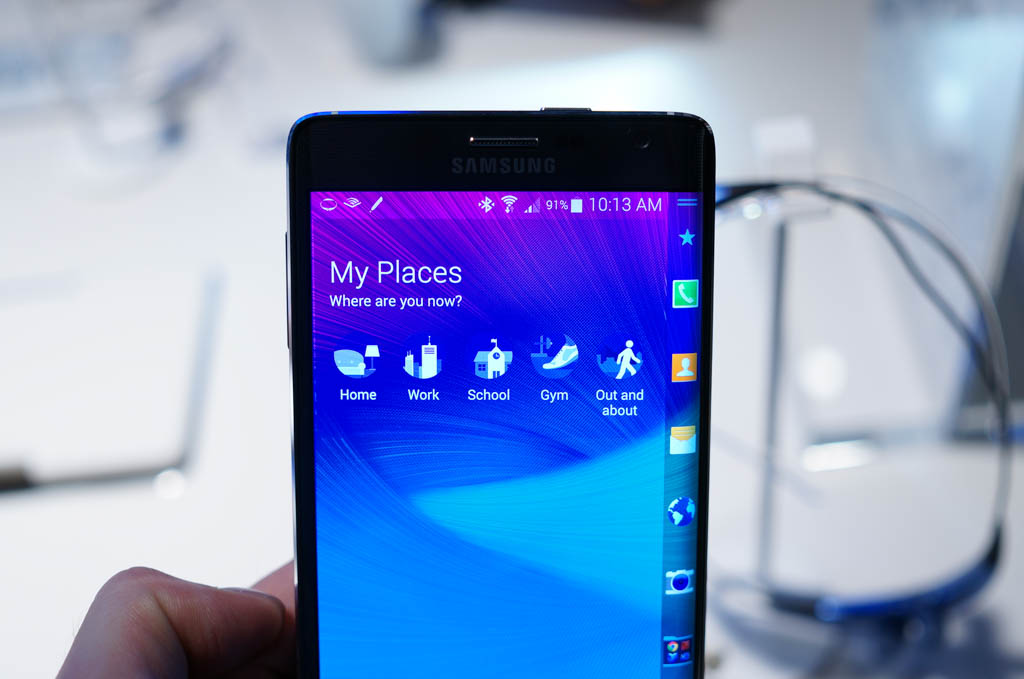 Instead of thinking of the Edge Screen as independent, consider it as an always-on companion to the Edge’s main display. By default it acts as a dock replacement, storing the app drawer and quick-access apps.

Swiping down reveals a host of tools, such as a ruler, a news ticker provided by Yahoo, an S Health summary of calories burned and steps taken, a bedside alarm clock, a Twitter summarizer and more. 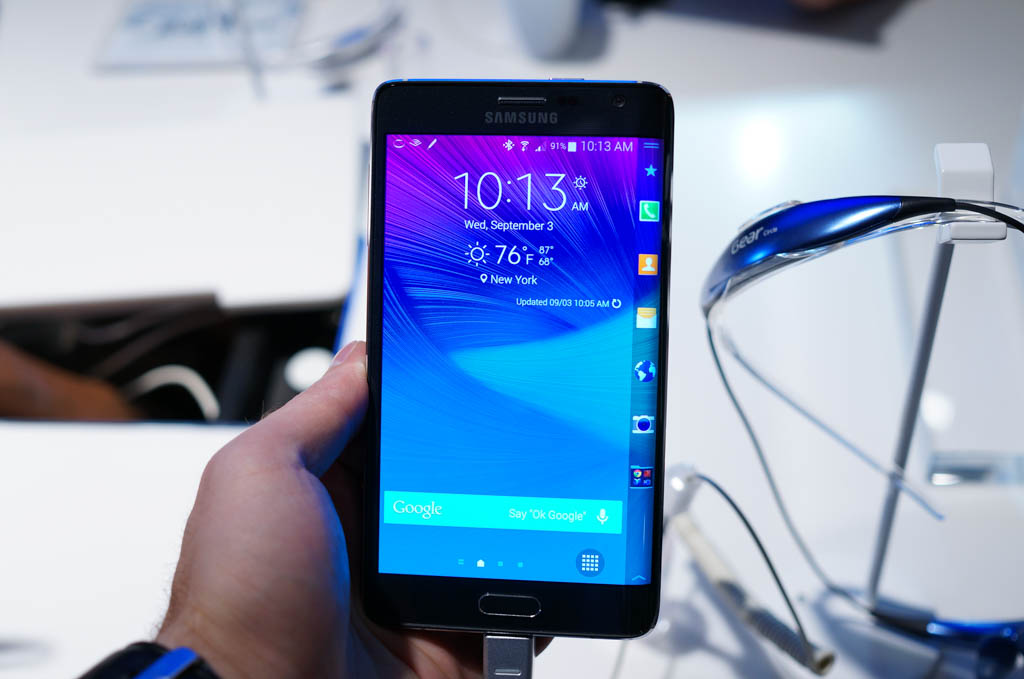 Certain apps, like the Camera or S Note, automatically expand to use the Edge Screen for main functions like the shutter or a toolbar, allowing the full 5.6-inch display to used for content.

Samsung also plans to release an Edge SDK, allowing third-party developers to create app experiences that take advantage of the extra real estate. Samsung’s Multi Window and S Pen SDKs have proven successful, and it’s easy to infer interest in this one, too. 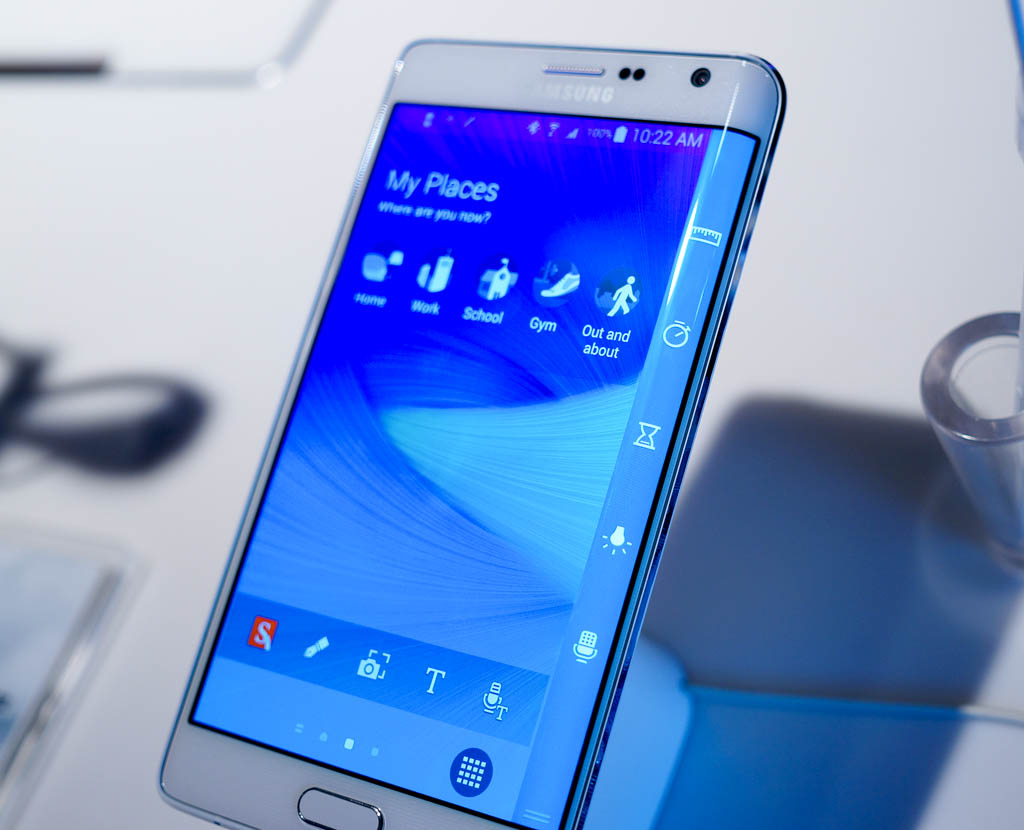 While the Note Edge does not have the metal frame of its Note 4 counterpart, practically every other aspect of the device is the same. It’s unclear whether Samsung will promote the Note Edge as its flagship or, like previous Galaxy S variants, it will be marketed as a niche alternative to the mainstream choice.

With a 3,000mAh removable battery, the Note Edge may not have the same uptime as the Note 4, but they both sport Adaptive Fast Charging and Quick Charge 2.0, which promise double the charging speed and a 0-50% charge in 30 minutes with the included AC adapters.

The Note Edge also has one advantage over the Note 4: there will be a version with 64GB of internal storage, though it may not be available in North America.

This is a very impressive device, though its strangeness may prove to be a deterrent to some customers that want a more traditional smartphone experience.

We’ve yet to receive word about Canadian availability of the Note Edge, though it is coming to the States on multiple carriers, so chances are good we’ll see a release before the end of the year.