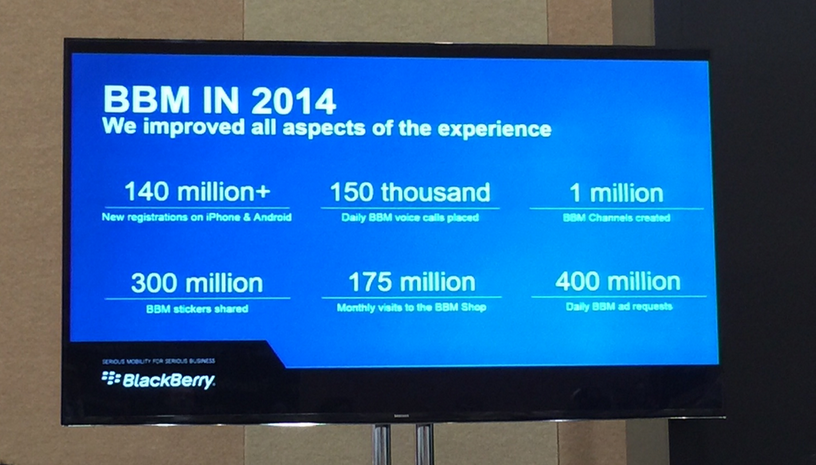 At BlackBerry’s CES 2015 press breakfast, the focus was firmly on IoT and BBM (the company promised some device announcements at Mobile World Congress in March), and BlackBerry CEO John Chen today reiterated his goal to make $100 million from BBM before the end of this fiscal year.

To that end, the company is still working on expanding the reach of BBM, and today brings news that BBM is coming to your smartwatch thanks to support for Android Wear. This will allow users to receive BBM alerts on their watch, preview messages, read BBM messages in their entirety, navigate through messages, respond using Google Now, and even accept BBM invites without taking the phone out of a pocket.

Speaking today at CES, BlackBerry’s Jeff Gadway said that BBM users, on average, read their messages within eight seconds. In the last year alone, BBM has clocked up 140 million activations on iPhone and Android.