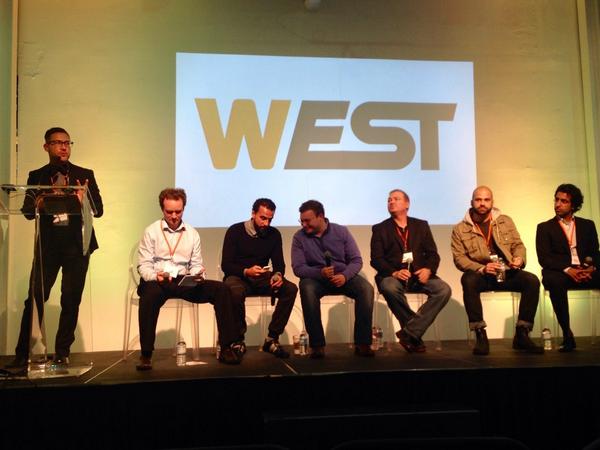 “Canada is an epicentre of technology,” said WEST Conference (#WESTConf) co-founder, Tom Emrich, yesterday during his opening keynote. Also the founder of We Are Wearables, and a frequent MobileSyrup and BetaKit contributor, Emrich has the credentials to support his claim, as well as the contacts necessary for an event dedicated towards discussing the intersection between wearables, entertainment, and sports.

A day-long event alternating between keynotes, networking sessions, and panel discussions, WEST captured the energy inherent to the emerging wearable/maker/M2M space, pairing large brands Adidas and Toronto FC with fledging startups MeU and Onyx Motion, both of which launched products between sessions. The result was an exciting mix of established and emergent attempting to construct a coherent narrative of the wearable space without the technocratic jargon of more routine conferences.

As you’d expect from its title, WEST had health and fitness as a major point of focus. Qaizar Hassonjee, VP of Innovations for Wearable Sports Electronics at Adidas, made it clear during his keynote that while health and fitness are a priority for most people, the “different goals, different performance levels, different physics, and different passions” of the general populace require wearables targeted at individual need rather than an all-in-one. (Adidas has a number of wearables currently available under the miCoach line.) The key for each wearable device’s success, however, lies in its ability to provide actionable insights for user benefit (do more sit-ups!), rather than obtuse analysis (your core fitness level has dropped 35% this month), or inert data collection (you have done 4 sit-ups).

Panelists for both biometrics sessions, one dedicated to high-performance athletes, the other to the rest of us, were both keen to take these insights to the next logical step of predictive analytics, providing recommendations for injury prevention and recovery instead of basic training – a space determined by Gary McCoy of Catapult Sports to be “where the real money is.” However, other panelists like Kip Fyfe, CEO of 4iiii Innovations, were quick to note that some health and fitness wearable manufacturers currently struggle to provide tracking and analytics of long-term value. “We have to determine what’s actually useful and what’s just a gimmick,” he said, citing a noticeable decline in market interest for basic step-tracking devices.

A “shrink it and pink it” approach to female technology is not only ineffective, but also insulting.

Panel moderator and Canadian tech analyst Amber Mac cautioned that manufacturers also need address a lack of wearables that appeal to the other 50% of the population. While each manufacturer was quick to note particular initiatives in women-focused wearables, there was some degree of techsplaining, as when Fyfe stated that design and market constraints in size, colour, and battery life, lead to a common denominator wearable (bigger, and typically black) that are more naturally appealing to men. This explanation was gently refuted later in the day by Intel futurist Brian David Johnson, who stated that a “shrink it and pink it” approach to female technology is not only ineffective, but also insulting.

Another topical concern discussed thoroughly at WEST was the issue of data privacy. Quin Sandler, CEO of smart shoe company Plantiga, was first to state that “we don’t think we’d ever sell data to a marketer or an advertising agency,” an assertion seconded by many of the wearable manufacturer panelists, as it would threaten trust between their customer base. However, Sandler’s biometrics panel was also honest enough to note that wearable software providers and marketers might have another take. As Shawn Moffit, Managing Director of Wikibrands put it, “I don’t know a marketer out there that doesn’t want the pervasive audience” that wearables provide. 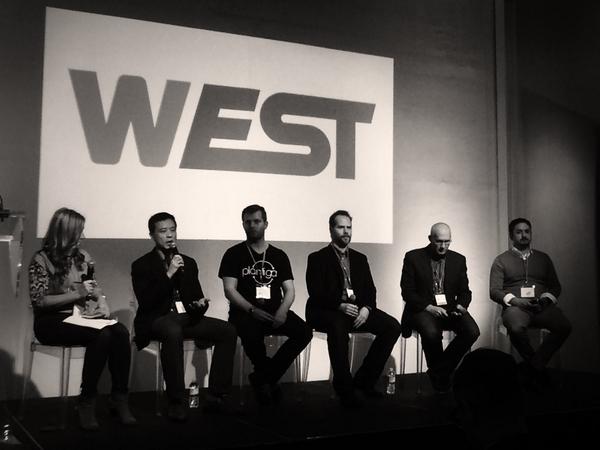 So while the darkest timeline future of wearables maybe be Dre Labre’s nightmare of “something nudging you all the time telling you to buy new shit,” there were many significant benefits to providing companies personal biometrics data discussed. Stating that “we are the last generation to know the least about our health,” Sandler also claimed that the effects of “crowdsourced health data in 5 years will blow people’s minds.” Current examples of benefits already exist, such as one study mentioned that was able to predict onset of Alzheimer’s months before standard diagnosis simply by tracking the way a patient’s physical movements changed.

The trick to keeping the benefits outweighing the notable fears? According to Andrew Faulkner, Chief Science Officer for Personal Neuro Devices, keep the data anonymized, and force companies to clearly explain what the data will be used for, with legal accountability if they falter. It’s legislation that will need to be implemented soon, because as Sean Chance, VP of Marketing at Bionym noted, “the younger the person is, the more amenable they are to sharing data, because that’s all they know.”

“Portal and Minecraft on the Oculus will blow your mind.”

The entertainment portion of WEST, aside from a futuristic music panel moderated by our very own Daniel Bader (#doitforthepanel), was centred on a panel of hardware manufacturers and creatives discussing the future of AR and VR content consumption. David Strickland, CMO at Sulon Technologies, said the mass consumer push towards interactive multidimensional content was inevitable, as “the television business is in desperate shape and in need of something new.”

A variety of compelling use cases were put forward from the panel, from replicating the court side experiences of sporting events, to VR-based promotions for upcoming films, which is already happening (and apparently exceedingly popular with horror fans – a prospect my scaredy pants nature can barely fathom). Sean Ramsey, CEO of Bubl Technology, whose Bubl camera begins shipping next week, says the technology is almost there, with mobile-powered headsets like the Samsung Gear VR leading the charge towards an optimal sub-$100 price point.