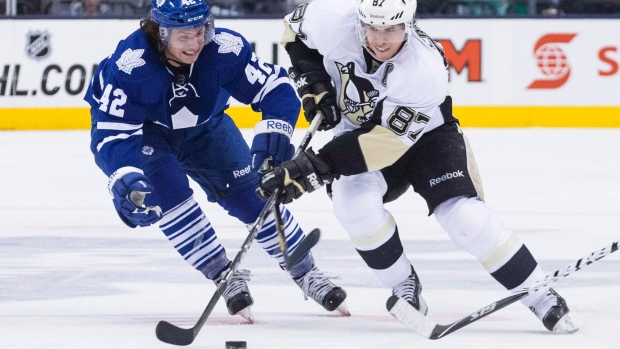 Rogers paid a lot of money for the rights to NHL games for the next 12 years. Though the deal was signed last year, we’ve only really seen the extent of Rogers’s massive NHL push in the lead up to this season. The company announced pricing for GameCentre Live streaming passes in early September, and this month unveiled a new GamePlus app that offers unique angles and perspectives on each game with the help of strategically placed cameras.

Just two weeks on from GamePlus’s debut, Bell has voiced its concerns that the application is in violation of CRTC regulations. According to a CRTC application filed earlier this month and made public yesterday, Bell believes Rogers’s “preferential offering” of NHL content through GameCentre and GamePlus violates multiple sections of the Exemption Order for Digital Media Broadcasting Undertakings.

The sections quoted in Bell’s complaint are sections 3 and 5. Section 3 states that a service can’t give undue preference to any person, or subject any person to an undue disadvantage. Section 5 is the kicker, stating that the service can’t offer television programming “on an exclusive or otherwise preferential basis” in a way that is dependent on a specific mobile or retail internet access service.

In its filing, Bell takes issue with the fact that access to GamePlus is provided to Rogers’s wireless and internet customers for free as part of their GameCentre subscription (also free), and is available to landline and cable customers. However, consumers that aren’t Rogers customers aren’t able to access GamePlus even if they do pony up the cash for a GameCentre subscription. This, they say, is in contravention of the Exemption Order.

As far as Rogers is concerned, it’s not in violation because the content it provides through the GamePlus application falls outside the realm of what is considered “traditional TV programming” as it’s online only. Speaking to the Globe and Mail, a Rogers spokesperson defined conventional TV as broadcasting “the exact same program to a mass audience who all see the same content, presented the same way.” GamePlus, Rogers argues, offers each fan the opportunity to experience the game in a unique way. The company says the GamePlus features were developed specifically with the online experience in mind.

That might be the clincher for Rogers, as Bell’s own application to the CRTC says the Exemption Order defines ‘television programming’ as ‘programming designed primarily for the conventional television, specialty, pay, or video-on-demand services.’

Rogers has until November 20th to respond to the application, and Bell will then have 10 days to respond.