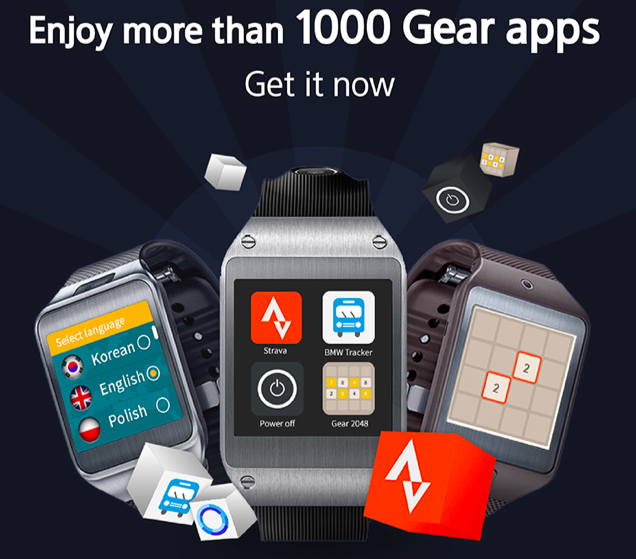 Before Android Wear, before the G Watch, and before the Gear Live, there was the Galaxy Gear. The first version launched last year and was based on Android, but Samsung surprised everyone when it launched the Galaxy Gear 2 and Gear 2 Neo based on its own Tizen OS. One of the biggest problems with the switch to Tizen was that the apps created for the original Galaxy Gear weren’t compatible. Not only that, but developers would need to create Tizen-specific applications if they wanted their apps on Samsung’s smartwatches.

Fast forward a few months to Google I/O and Samsung has released it’s own Android Wear smartwatch, a version of the Galaxy Gear 2 called Gear Live. However, the company has shown no signs of giving up on its Tizen line of smart devices, even with the threat of Android Wear bearing down. The company has just announced that its smartwatch applications now number in the thousands.

Of course, volume is only the first hurdle when creating a great app ecosystem, you also need quality apps that people actually want to download and use. To that end, Samsung today released an infographic exploring the range of apps now available for its Galaxy Gear devices. The top five apps are Drink Water, Runtastic, the Baby Sitting baby monitor app, Gear 2048, and Travel Translator. Of course, the Galaxy Gear ecosystem still lacks some of the popular apps that are available for Android Wear, like Tinder, but it does show that developers are taking an interest in the Tizen platform. Perhaps Huawei is wrong about Tizen.