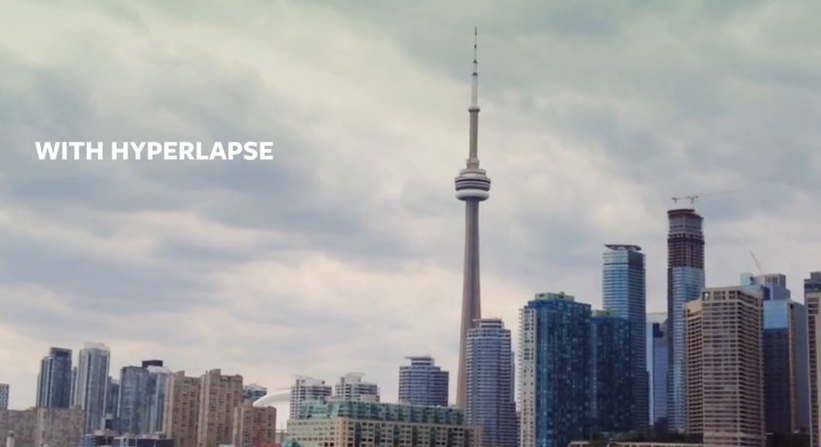 Instagram has released a brand new standalone application for iOS users. The app allows users to capture time lapse videos that are instantly stabilized, so you shoot video from a moving vehicle, while running, or even falling.

Though there are a ton of time lapse smartphone applications out there, Hyperlapse removes the need to set your phone up on a tripod or hold it still while you shoot. You can also speed up videos, and (of course) you can share your creations through Instagram and Facebook when you’re finished.

The app is free to download from the App Store, and the Instagram team promises that Hyperlapse was created to be as simple as possible to use. In that vein, it doesn’t require an account: you just open the app and start shooting. Check out the video below for a glimpse of Toronto in the Hyperlapse demo video.

This is the first major release we’ve seen from the Instagram crew since it was acquired by Facebook in 2012. Unfortunately, though Instagram would apparently like to create an Android version, it doesn’t look like we’ll see one anytime soon. Wired reports that the camera and gyroscope APIs on Android devices need to change before that can happen.