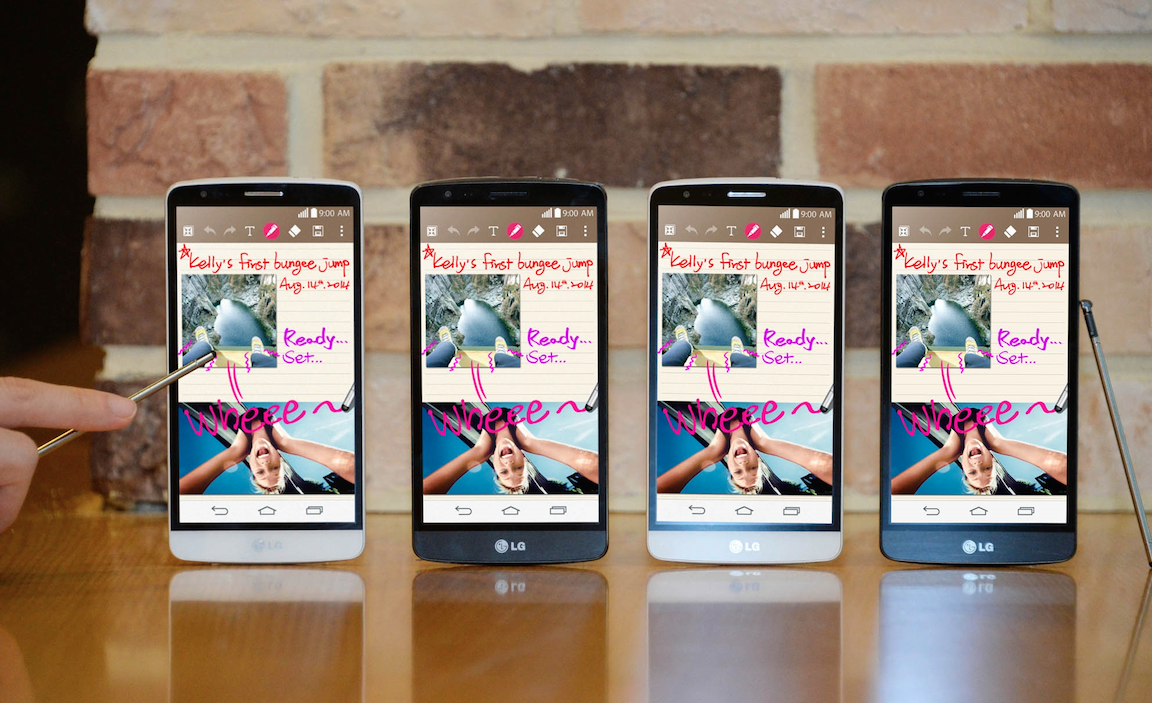 The G3 Stylus comes as no surprise, as LG previously leaked the device in its own promo video. Officially unveiled today, LG states the G3 Stylus is “in a category all its own” with its 5.5-inch display and a stylus pen.

While the overall design lines are “borrowed” from the current flagship G3, the G3 Stylus offers somewhat pared down specs, including a 1.3 GHz quad-core processor, a 13MP rear-facing camera, and a 1.2MP camera up front. The G3 packed in a 2.5Ghz quad-core processor and a 2.2MP front-facing camera alongside the 13MP camera in the back. The G3 Stylus also boasts a 3,000mAh removable battery, 8 GB internal storage, 1 GB RAM, and runs Android 4.4.2 KitKat.

The “Rubberdium” stylus pen, which is taking direct aim at the Samsung Galaxy Note 4’s S Pen, apparently feels “comfortable in any hand and is perfect for effortless jotting, doodling and sketching with precision.” LG’s Dr. Jong-Seok Park stated, “The LG G3 Stylus is the perfect tool for consumers who don’t want to be bogged down carrying a laptop, tablet and smartphone. It gets things done and lets you have fun while doing without having to compromise on quality, style or user experience.”

LG promises the G3 Stylus will be available at an “exceptional price that can’t be beat.” The device will be on display at IFA next week and will launch first in Brazil this September, then in Asia, Middle East and Africa and the CIS.