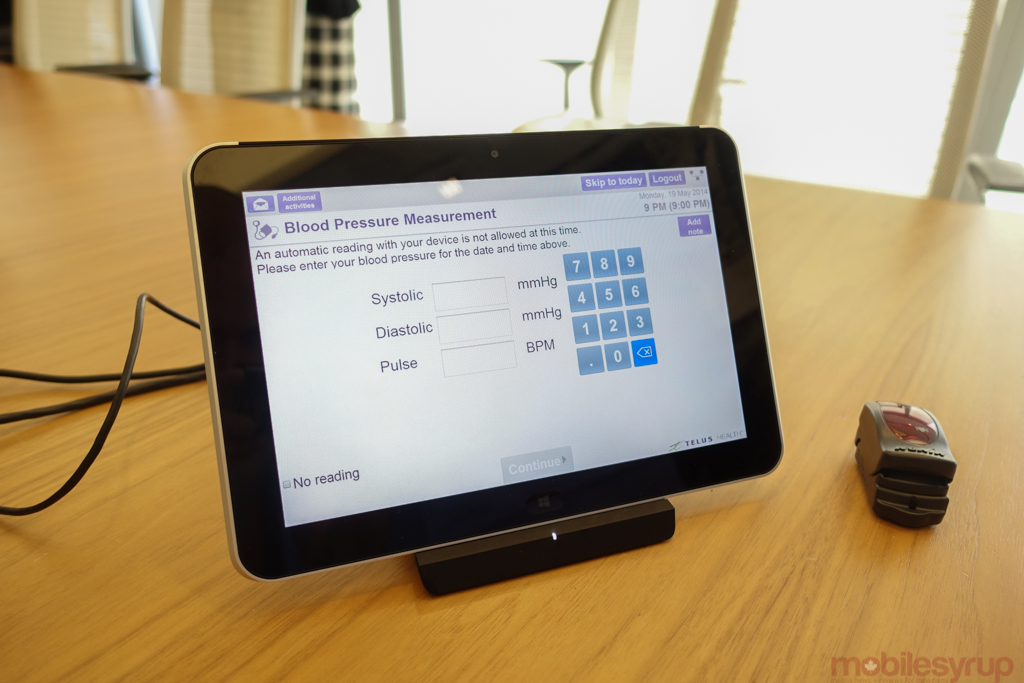 TELUS opened the doors of its Toronto offices this week to show off a newly-renovated Innovation Centre, in which its many healthcare-related products, demos and aspirations await public viewing.

Introduced by Paul Lepage, President of TELUS Health, the event was envisioned as a way to bring the company’s many disparate engagements into a single place; many Canadians know that the Vancouver-based company has dipped its toes into myriad healthcare-related projects, but until now there hasn’t been a unified place to source all the relevant information. 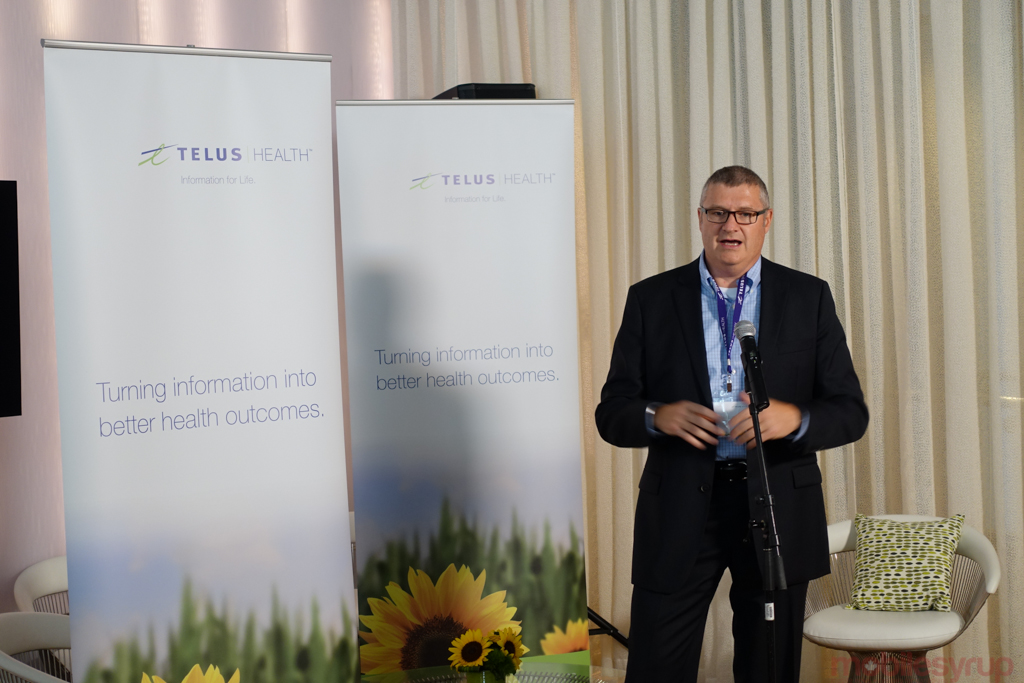 The idea of tackling healthcare, which is so highly regulated and approached so diffusely across Canada, is an incredibly ambitious prospect for a public corporation, but TELUS sees it as a long road worth travelling.

“We don’t buy and sell sports teams; healthcare is TELUS’s content play,” said Lepage, who before joining TELUS in 2009 was the CEO of  MediSolution Ltd, a major North American IT firm.

To that end, he talks about a three-pronged strategy surrounded by TELUS’s 3G network, which is available to 97% of Canada’s population. The aim is to get doctors and pharmacists using centralized electronic medical records that can be easily indexed, transferred and updated. “Our goal is to minimize inefficiencies between patient, pharmacist and physician collaboration. How do we drive the use of that patient data to improve healthcare?”

Lepage talked about how healthcare is the last major tenet of Canadians’ lives that has yet to be disrupted by mobile technology: we still phone our doctors to make an appointment, sit in a waiting room, wait even longer in a sterile office, and grumble while the physician takes illegible notes on a piece of paper. 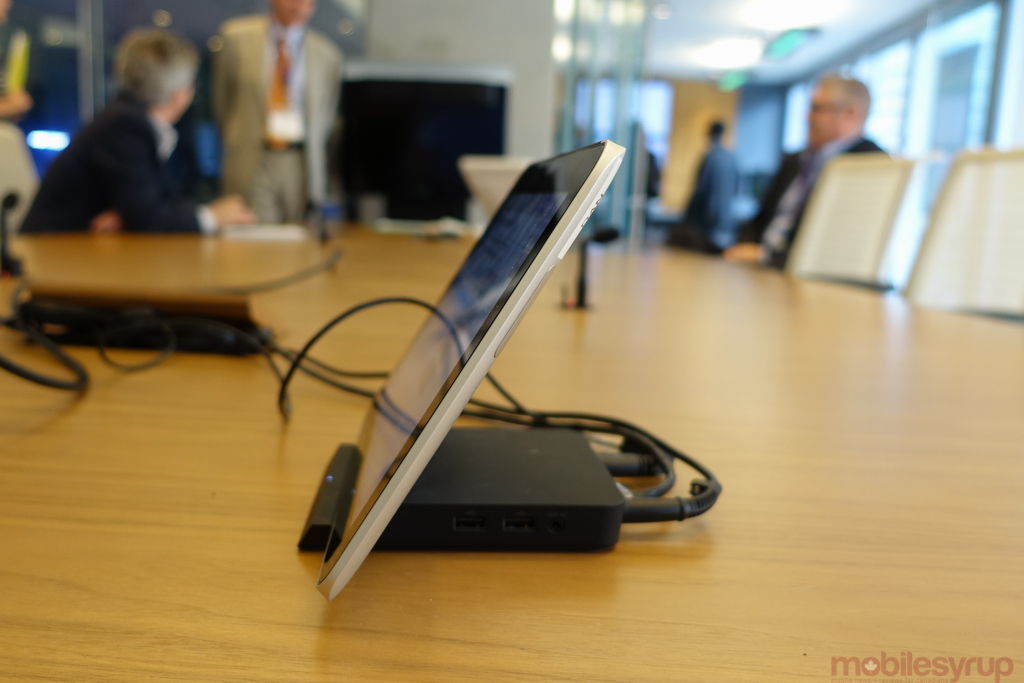 Because much of the healthcare burden over the next 50 years is going to centre on an aging population, TELUS means to make it easier for physicians and nurses to offer remote patient care. Home Health Monitoring is an endeavour to transfer data, such as heart rate, blood pressure and glucose levels to and from a physician’s office over a wireless connection.

To date, patients with chronic illnesses who wouldn’t otherwise be mobile enough to regularly visit the doctor have received customized 3G-enabled HP Windows 8 tablets with proprietary software to more easily facilitate the transaction of biometric readings. 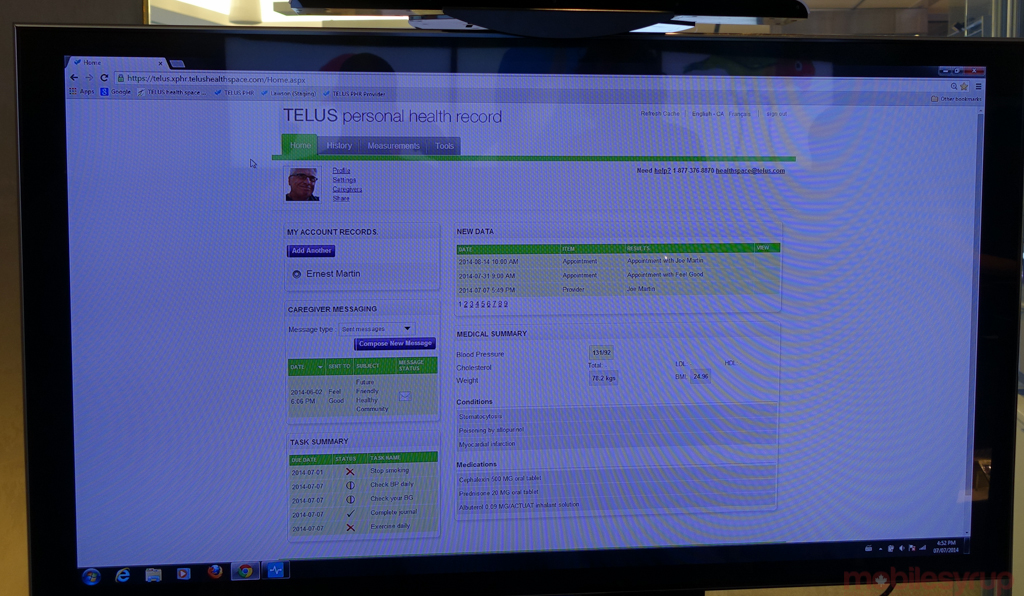 Other projects, like the iPHR, or Instant Personal Health Record, provide a web- and mobile-ready interface for patients and doctors to enter daily, weekly or annual checkup data. Medication alerts can be sent via text message or email, and users can interface with the Microsoft HealthVault backend to submit health data from a variety of wearables like Fitbit, Jawbone and others.

Wearables continue to be an enormously important aspect of TELUS’s health push, especially at the consumer level, and the company showcases products from Fitbit, Samsung at its retail stores. While the health benefits of counting steps has yet to spawn the kind of cultural shift many wanted from the wearable boom, we’re still at the early stages of a movement for which, TELUS believes, the cumulative upsides will be enormous. 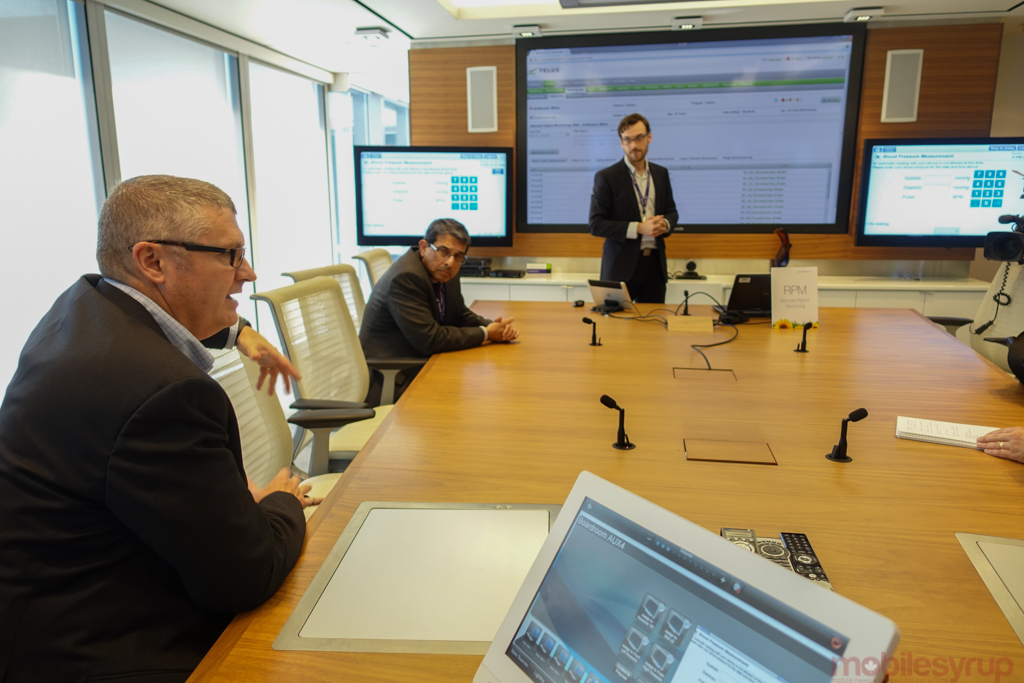 As for healthcare being TELUS’s content play, the revenue numbers may not satisfy shareholders to the same extent HBO and NHL appease owners of Bell and Rogers, but TELUS promises that the $500 million in health-related revenues is a drop in the bucket compared to what is to come over the next 20 years.

The true question, though, is how much impact TELUS can make across a country where every province deals with healthcare in a different way. Having made small inroads in B.C., Ontario, Alberta and Quebec, the company intends to continue to lobby governments for greater access to the infrastructure that, while at times inefficient, ensures millions of Canadians are alive and healthy every year.

Ninatic and NBA partner to create an AR basketball game