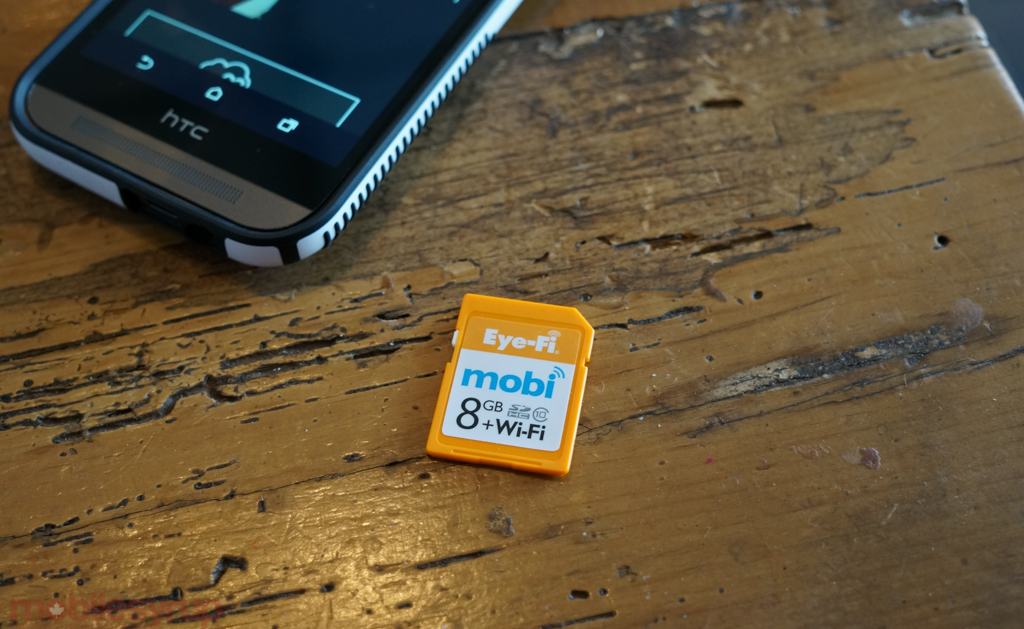 Smartphone cameras have come a long, long way since the blurry VGA output of the first iPhones and Androids, but they’re still physically limited by the size of their sensors.

WiFi-connected cameras have slowly tried to meet the demands of prosumer photographers by allowing syncing between them and smartphones, but the process has often been onerous and ugly, hampered by each camera manufacturer’s proprietary software stack.

In fact, while Fuji, Canon and others have WiFi-connected cameras and corresponding iOS and Android apps, Sony appears to be the only company taking its time to deliver great camera-to-mobile experiences. But what happens when you don’t have a WiFi-connected camera at all? Enter Eyefi. For a long time, the Eyefi SD Card has been an easy way to transfer photos from a “dumb” camera to a WiFi-ready computer, and had built up a reputation for reliable and speedy transfers.

The company’s new line of SD cards, Eyefi Mobi, takes that prowess to the smartphone while maintaining its legacy PC support, making it much more versatile. 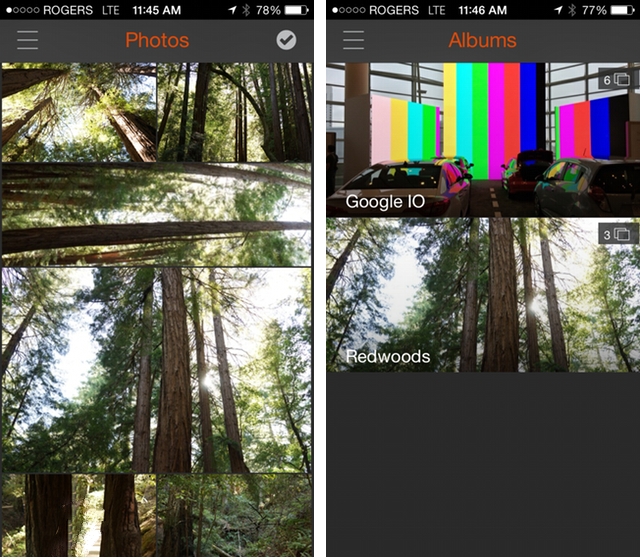 Available for iOS and Android, Eyefi Mobi’s companion apps allow users to automatically transfer photos to their smartphones and tablets. On Android, this process happens in the background, making for nearly instantaneous local (and cloud, if desired) backups, while the app has to be explicitly opened on iOS.

The actual transfer process is fairly simple: first, you’ll need to pair the Mobi card to a smartphone or PC using a code that is included in the box. Next, you’ll place the SD card in a camera — practically any camera — and take a photo. As long as your phone or computer is connected to the local WiFi hotspot created by the Mobi itself (which is powered by the camera’s battery), transfers begin instantly and, thanks to the Class 10 speed of the chip, finish quickly. 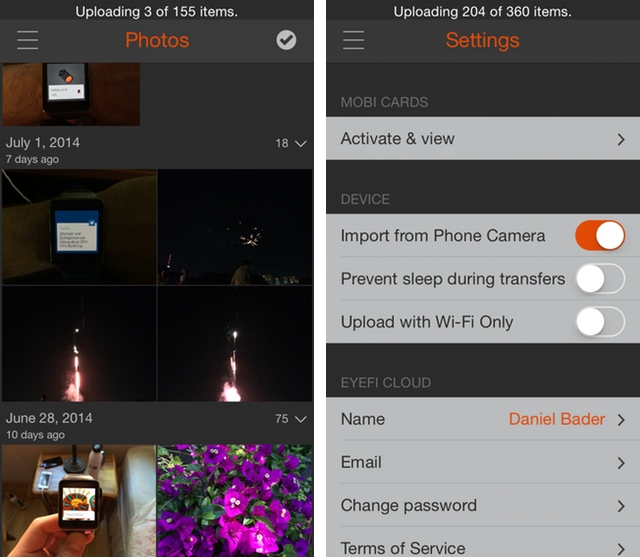 Once a photo is on the iPhone or Android, it’s up to you what you’d like to do with it: sort it chronologically; put it into an album; tag it; or upload it to Eyefi Cloud.

The latter service is very much like Dropbox, Google+ Photos, Sugarsync or any number of photo-centric cloud services. All users get three months of free Eyefi Cloud service, after which time it costs a small monthly fee (which, for some reason, I could find no evidence of on the company’s website). 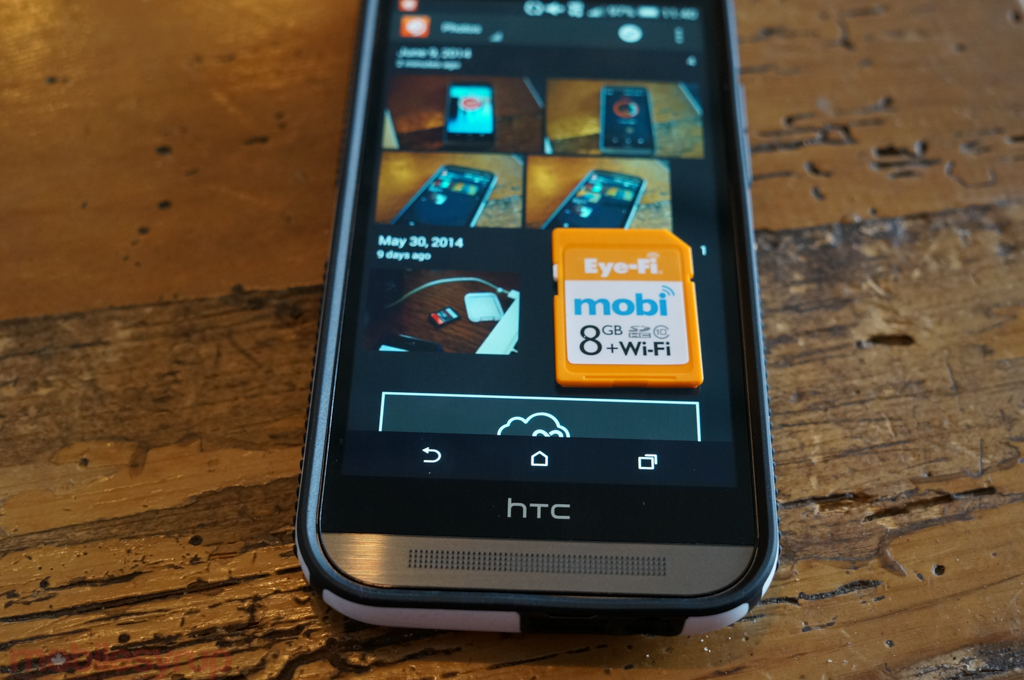 Eyefi Mobi is a great solution for those looking to casually transfer photos to a smartphone, but there are some issues. It transfers all photos, regardless of quality or intent; this leads to users have to delete the bad ones, rather than selecting the good ones.

The other major issue mainly revolves around the PC interface: when using the companion app on Windows or OS X, the card automatically connects when the first picture is taken after turning on the camera. Unfortunately, it doesn’t handoff to the previous WiFi SSID properly — at least it didn’t on my Windows 8.1 and OS X machines — so I had to manually connect back to my home router or hotspot each time.

Overall, Eyefi has created a consummate, if simple, product with the Mobi. It certainly makes it easier to transfer high-quality photos to your smartphone, at which time it’s a couple of taps to uploading to Dropbox, Instagram or any number of apps.