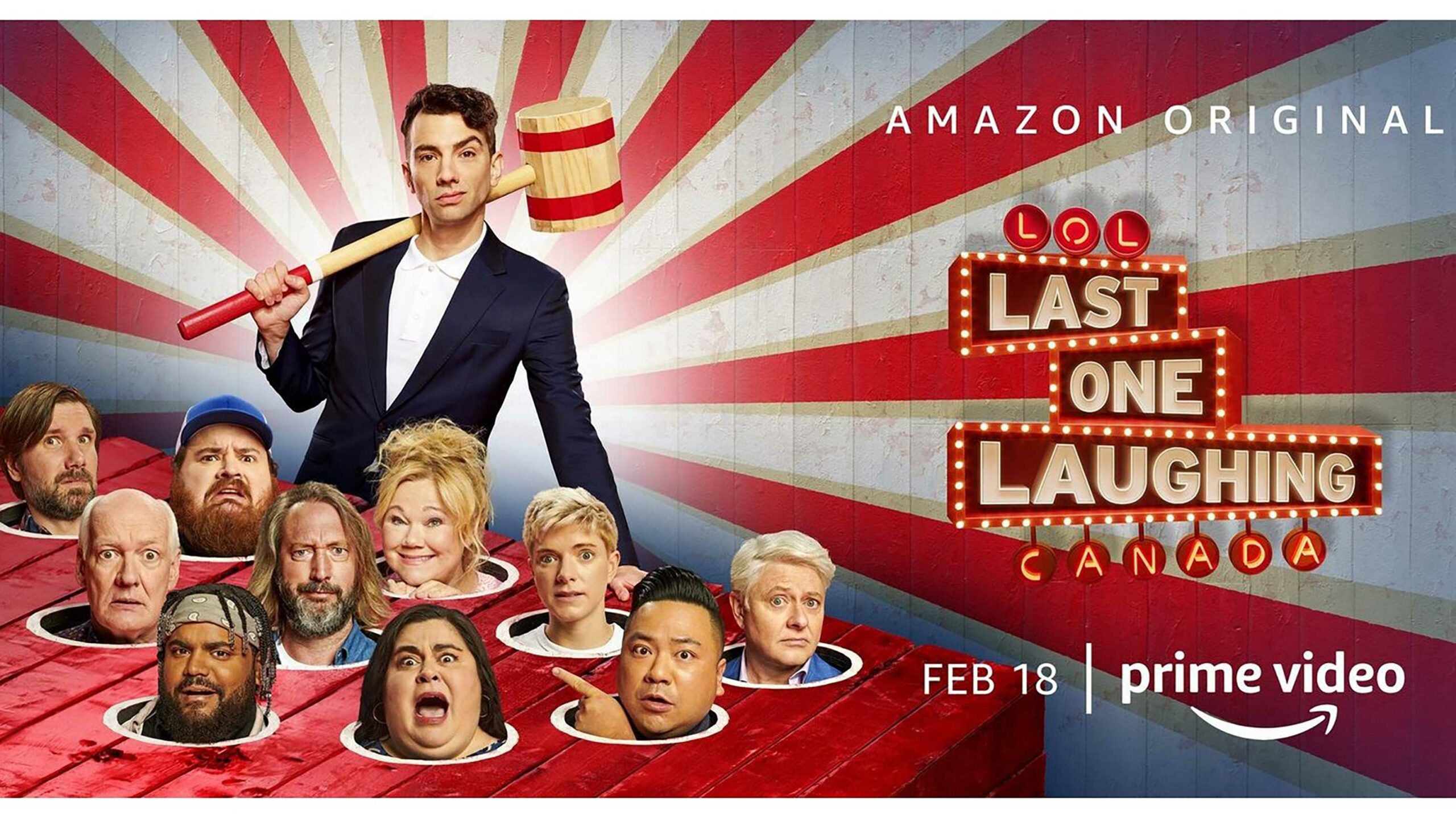 Ten Canadian comedians compete to make each other laugh while trying not to laugh themselves. The comedian who manages to keep a straight face wins $100,000 for their chosen charity.

The series is hosted by Montreal’s Jay Baruchel (This Is the End) and features the following ten competing comedians:

Midge lands a gig with full creative freedom, but a rift is soon created between her and her loved ones.

The full list of movies and shows hitting Amazon Prime Video in February can be found here.

In an effort to create a better work-life balance for employees, a company uses a “severance” program to separate one’s work memories from their personal life memories.

The full list of what’s coming to Apple TV+ in February can be found here.

Learn about Fred VanVleet’s journey from Rockford, Illinois to the Toronto Raptors.

The Kingsman franchise prequel focuses on the foundation of the Kingsman organization as a means to stand against a cabal plotting a war to wipe out millions.

The impulsive Cuphead brings his brother Mugman on all kinds of misadventures.

Based on Canadian developer Studio MDHR’s hit Cuphead video game, The Cuphead Show! was developed by Dave Wasson (Mickey Mouse) and features the voices of Tru Valentino (The Rookie), Frank Todaro (Transformers: War for Cybertron Trilogy), Grey DeLisle (Avatar: The Last Airbender) and Wayne Brady (Whose Line Is It Anyway?).

This follow-up to Wu Assassins sees Kai and friends travel to Bangkok on a revenge mission, only to get caught up in a larger fight to save the world.

General Naird and his underdog team must prove their worth to a new administration.