Clamshell vs book: How should a foldable smartphone fold?

Ahead of the release of Samsung's Flip 3 and Fold 3, we take a look at how foldable smartphones should fold 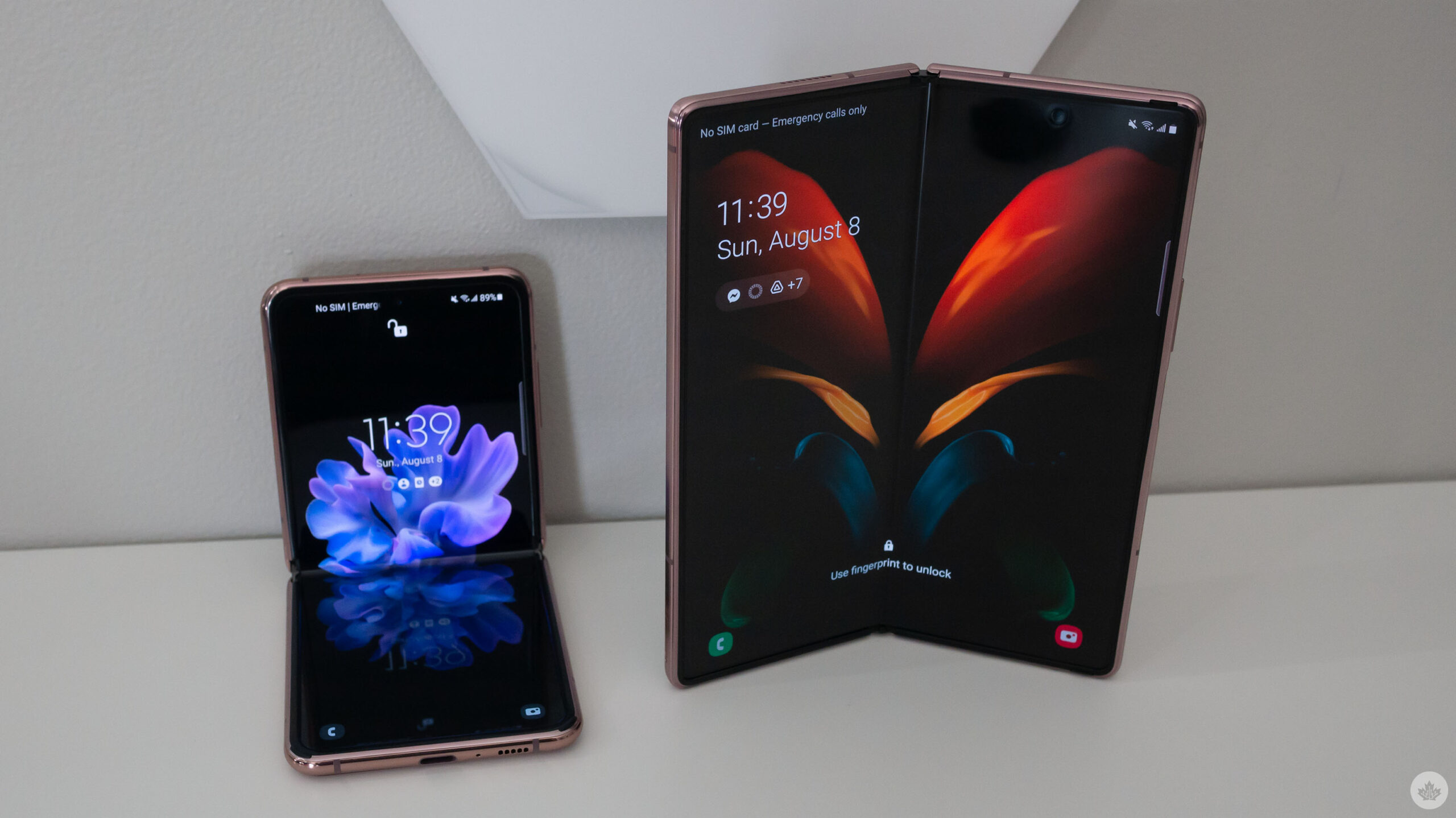 Ever since the launch of Samsung’s Galaxy Z Fold and Z Flip, I’ve been on the fence on how a phone should fold. With the launch of both smartphones’ foldable successors looming on the horizon, it’s a good time to take a look back at the pair of ‘foldy bois’ now that I’ve used them for several months.

On the one hand, you have the Galaxy Z Flip 5G and its clamshell design. The Z Flip is a stunning device, and before the release of Samsung’s Z Fold 2, it was the only foldable really worth considering buying if you had the cash, given that the first-gen Fold felt more like an interesting prototype. 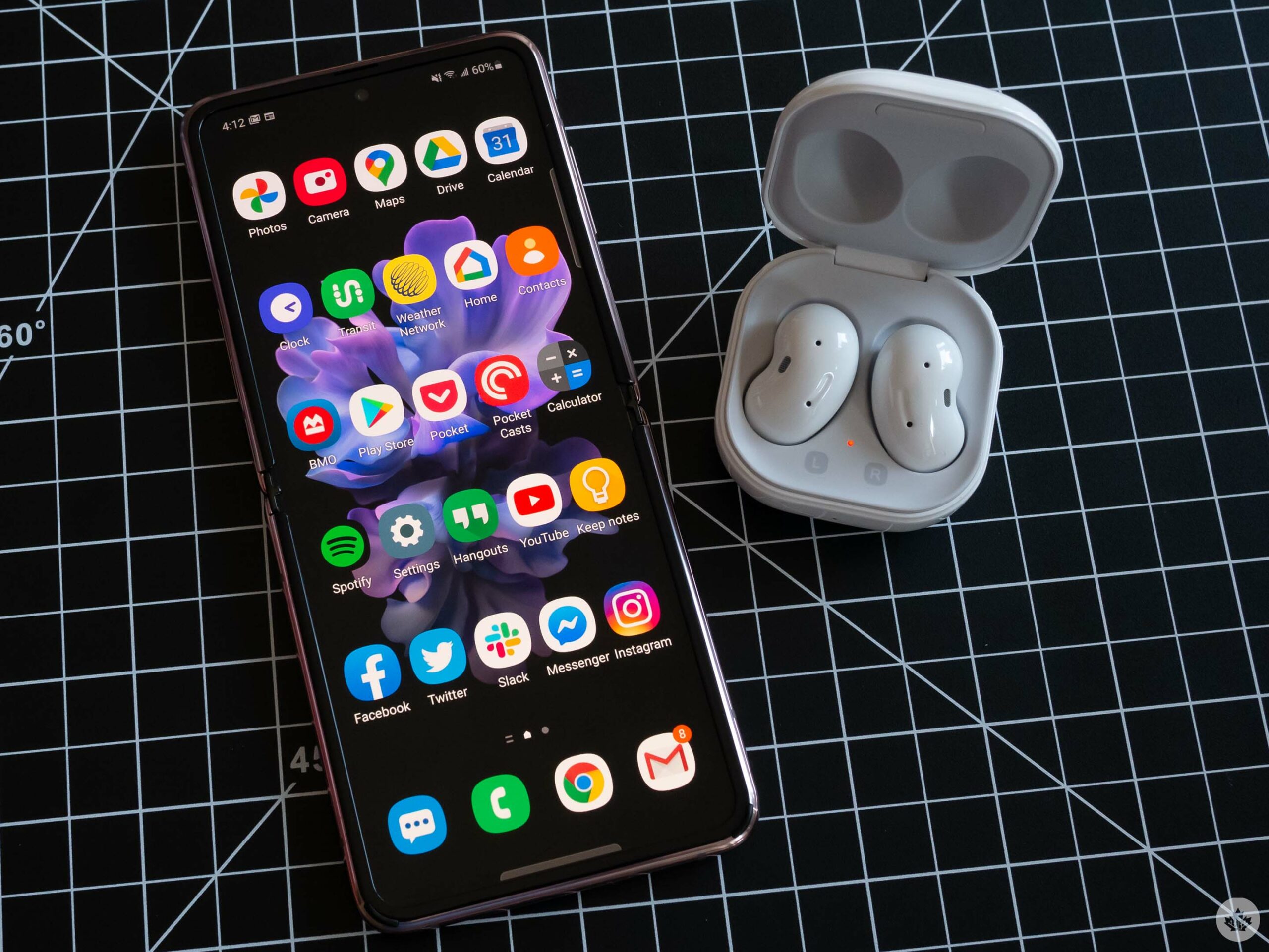 With the Flip, what you get is a rather tall 6.7-inch 1080 x 2636 pixel display that folds shut into a smaller, although thicker, body. There’s a small 1.1-inch 112 x 300-pixel display on the cover for notifications and indicating the time.

I found the satisfying snap of closing the Flip 5G to be generally pretty satisfying — it’s reminiscent of hanging up a flip phone after a call. There’s an interesting novelty to it, and the device is undeniably cool. I never managed to own a Razr flip phone as a teenager, so perhaps this is just me making up for the lost time? 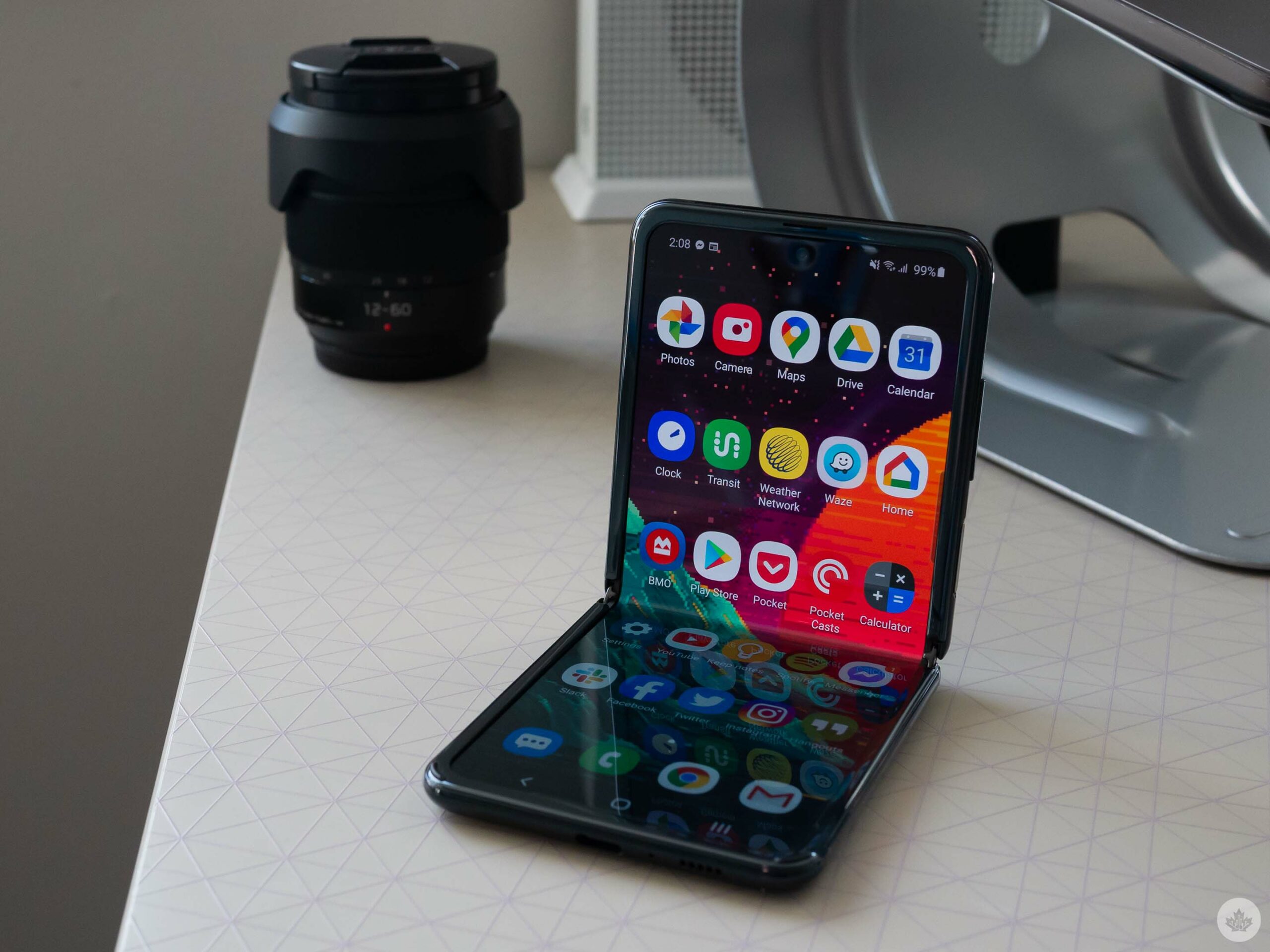 Beyond being interesting, though, there’s really no practical reason for the Flip to fold the way it does. Unlike the Fold 2 (more on this later), folding out the device doesn’t make its display more tablet-like. Instead, you have a regular, albeit awkwardly tall, smartphone that you need to close again and make much thicker to safely slide it back into your pocket.

When I wrote about the device over a year ago, there was a novelty to this design and a “wow” factor of sorts. It really felt like this was the first viable foldable smartphone. After a few weeks of using the Z Fold 5G, that cool factor still exists, but I also find myself wishing the device wasn’t as thick when closed and didn’t sit so awkwardly in my pocket. 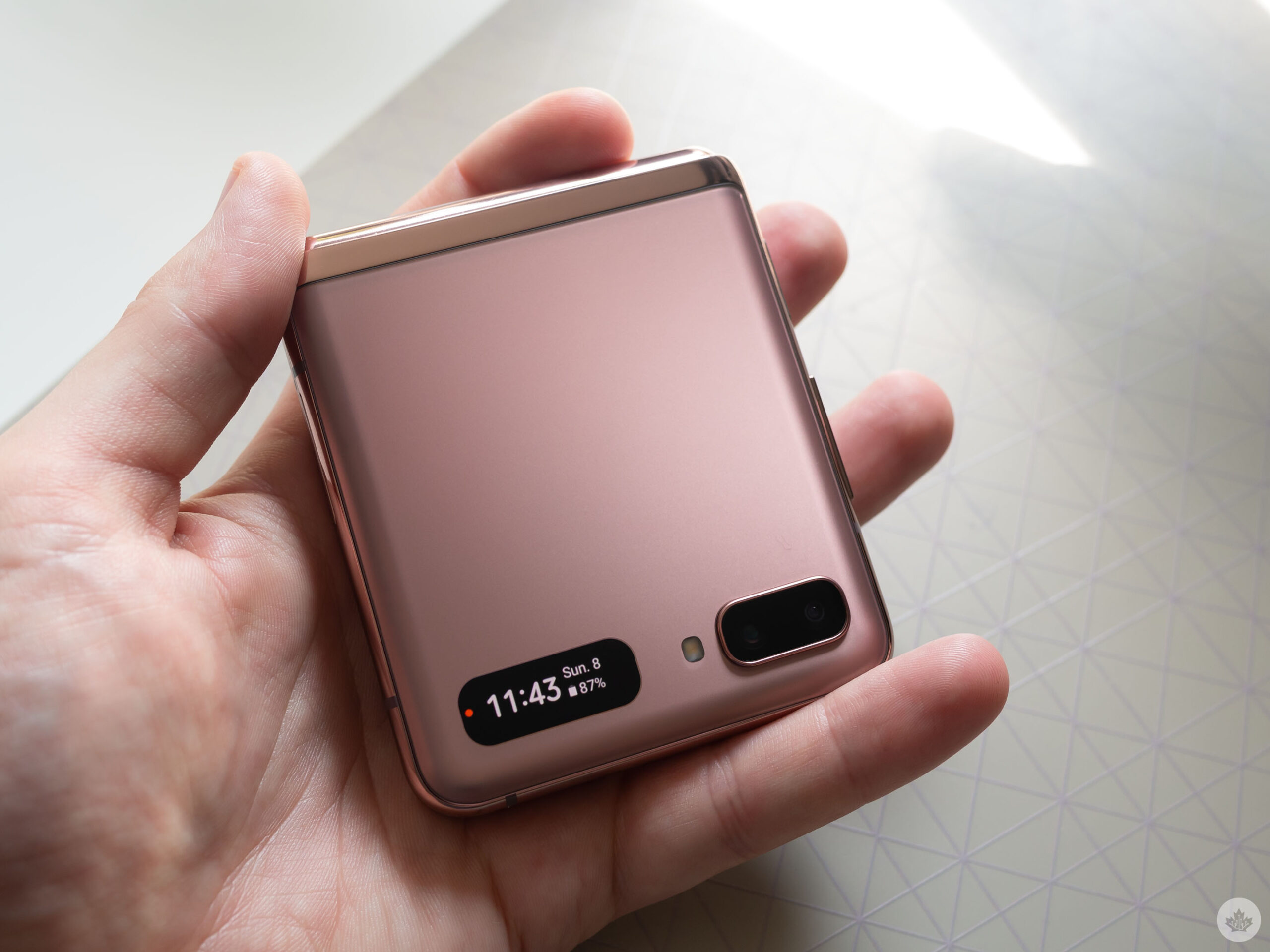 That said, my thickness complaints also hold true with the Fold 2, though I’m willing to be more forgiving in this case, given there’s more of a practical purpose for its folding display.

That’s not to say that there aren’t some uses for the Flip 5G’s screen. You can turn it sideways and use split view, though I found this a little awkward. Some apps also utilize the top and bottom parts of the display in a unique way. With YouTube, you can watch a video on the top half and scroll through the comments in the bottom part of the display. The ability to set the Flip 5G on a table and still view its inner screen to snap a selfie is also novel, although not a feature that appeals to me (I think I’ve probably only taken 10 selfies in my life).

“In a sense, using the Fold 2 is almost like carrying around a small tablet in your pocket.”

With the Fold 2, on the other hand, you get a sizeable 6.2-inch 816 x 2260 pixels display on the outside of the device that allows you to use the foldable more like a standard phone, coupled with a 7.6-inch 1768 x 2208 pixel resolution screen on the inside that folds out like a book.

This gives you the best of both worlds, in a sense. You have a standard-sized phone with the Fold 2’s outer screen, and if you want a tablet-sized display, a quick fold-out gives you access to that expansive 7.6-inch screen. 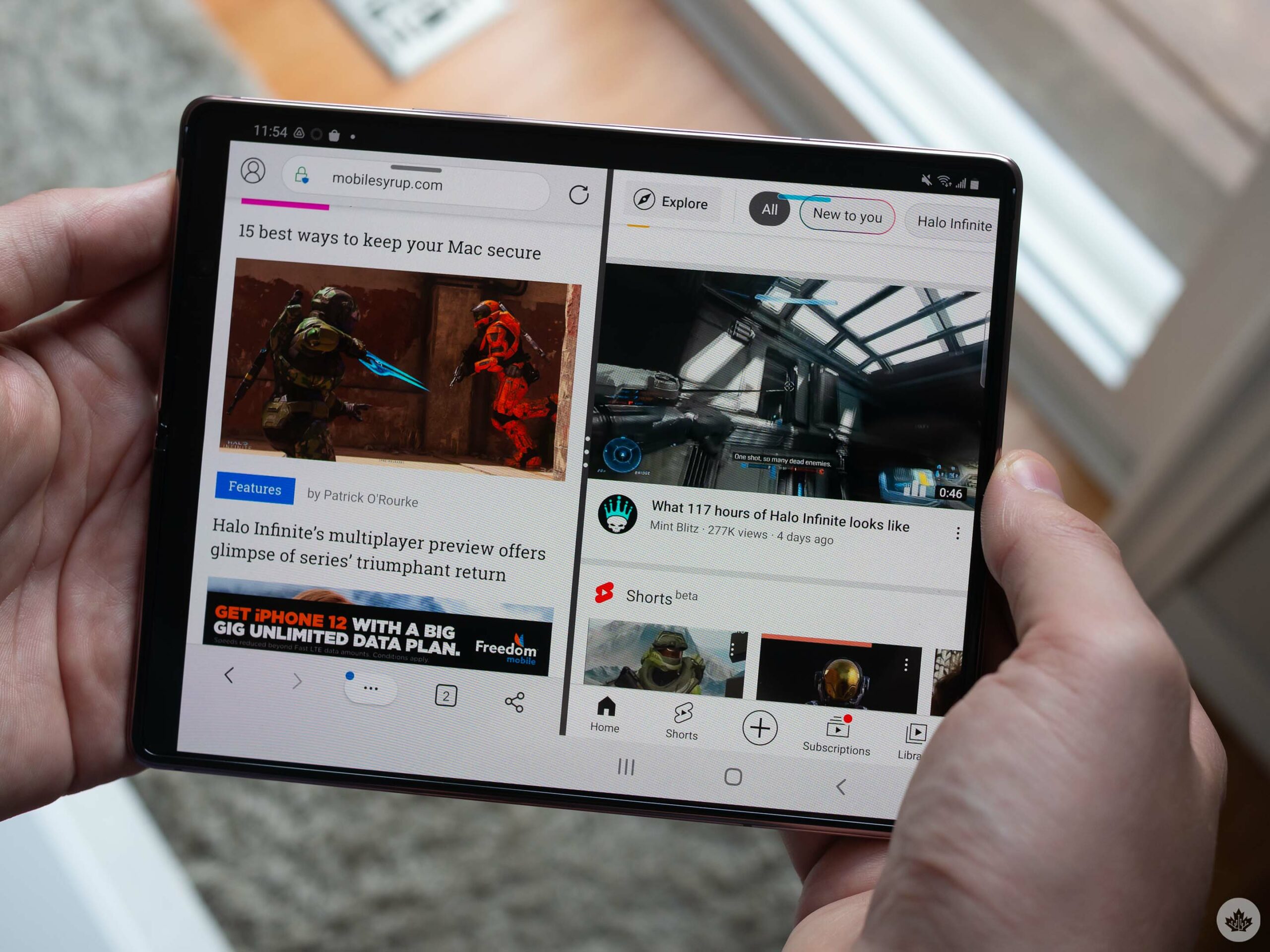 In a sense, using the Fold 2 is almost like carrying around a small tablet in your pocket.

This is great for the small amount of mobile gaming I do, reading on the go, or even browsing social media while surfing the internet, given that you can open two different apps on both sides of the display.

Though I prefer the Fold 2 over the Flip 5G, it’s worth noting that Samsung’s foldable design still has a few flaws. For instance, despite strides over the last few years in the build quality of its foldable displays, they still feel flimsy and very plastic. If you’re picking up one of these devices and expecting it to feel like a standard smartphone’s glass screen, you’re going to be disappointed. I’m hoping that the upcoming Flip 3 and Fold 3 will solve this issue, though I really don’t see that happening considering the inherent limitations of folding display technology. 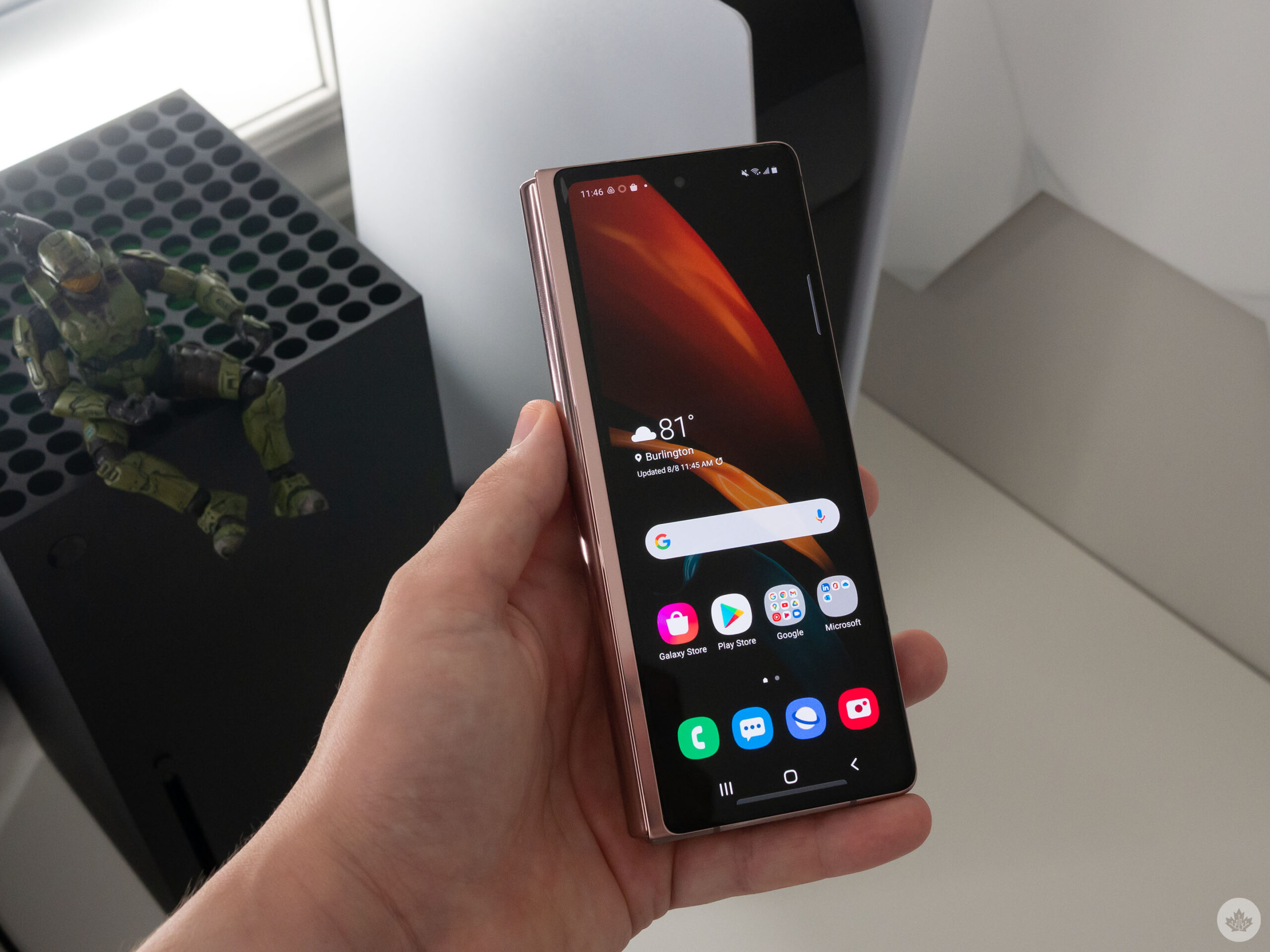 The unsightly display crease is also still somewhat visible with both devices. It’s not awful, and you do get used to it, but you can really always still see it. For example, if you’re watching a movie or TV show across the Galaxy Fold 2’s unfolded inner display, you’ll notice the crease. Over the last few months, I’ve definitely got used to the crease’s presence, but every once in a while, I still take note of its unsightly existence.

With Samsung likely preparing to reveal the third-generation of its Flip and Fold smartphones shortly, both smartphones are hitting a point of maturity in terms of design and build quality that will likely have more people than ever before considering a folding phone — especially now that the Note series has been killed off. 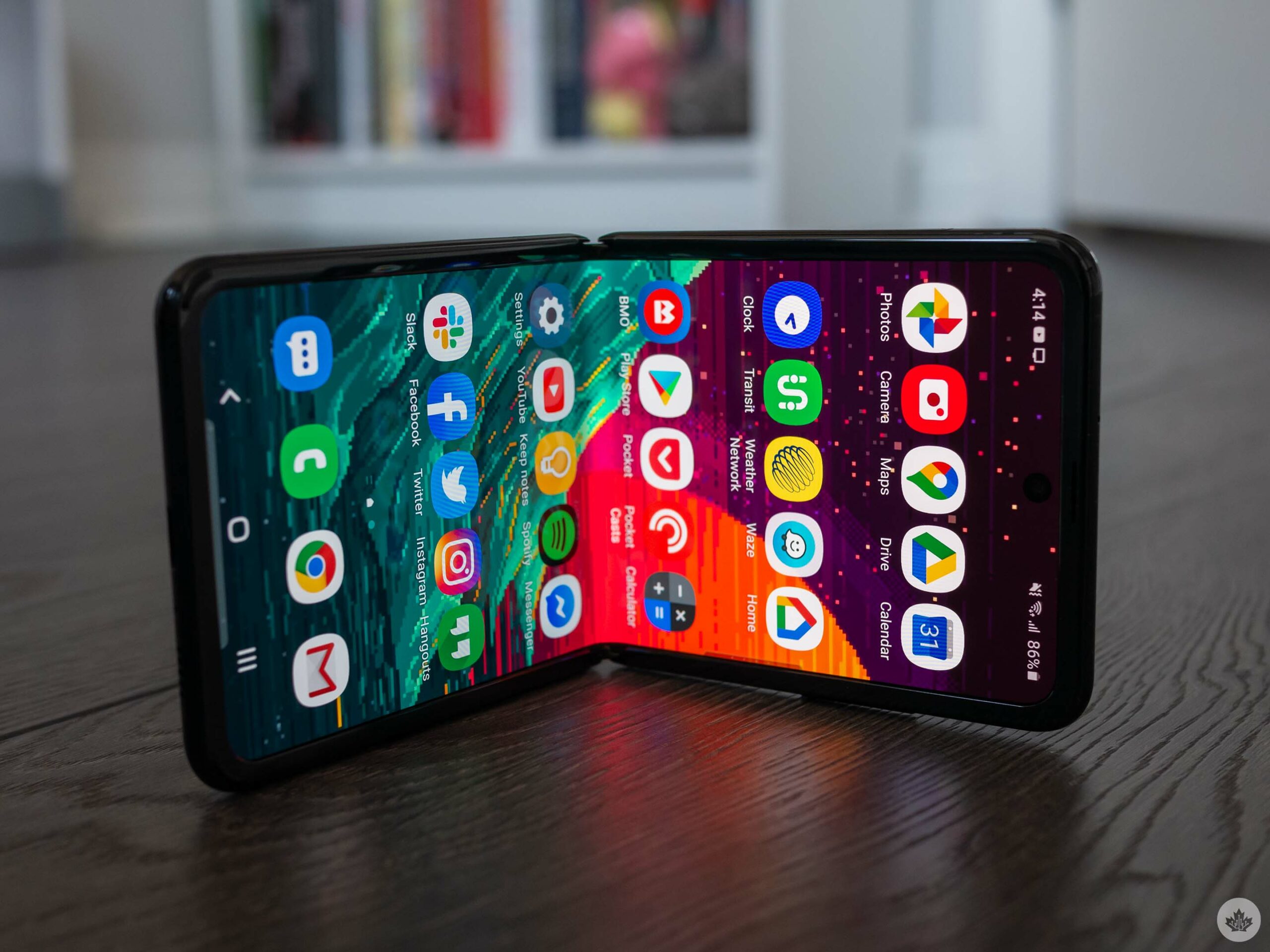 If you fall into this camp and have your heart set on buying a folding device, my advice is to take a step back and think about it for a minute.

Are you buying a folding phone simply because it’s “cool” (which is totally fine), or are you more after a tablet that you can slide in your pocket? For me, that is ultimately what the decision between the design of the “clamshell vs. book” folding comes down to and why I now realize I find Samsung’s book-like Galaxy Fold far more useful.