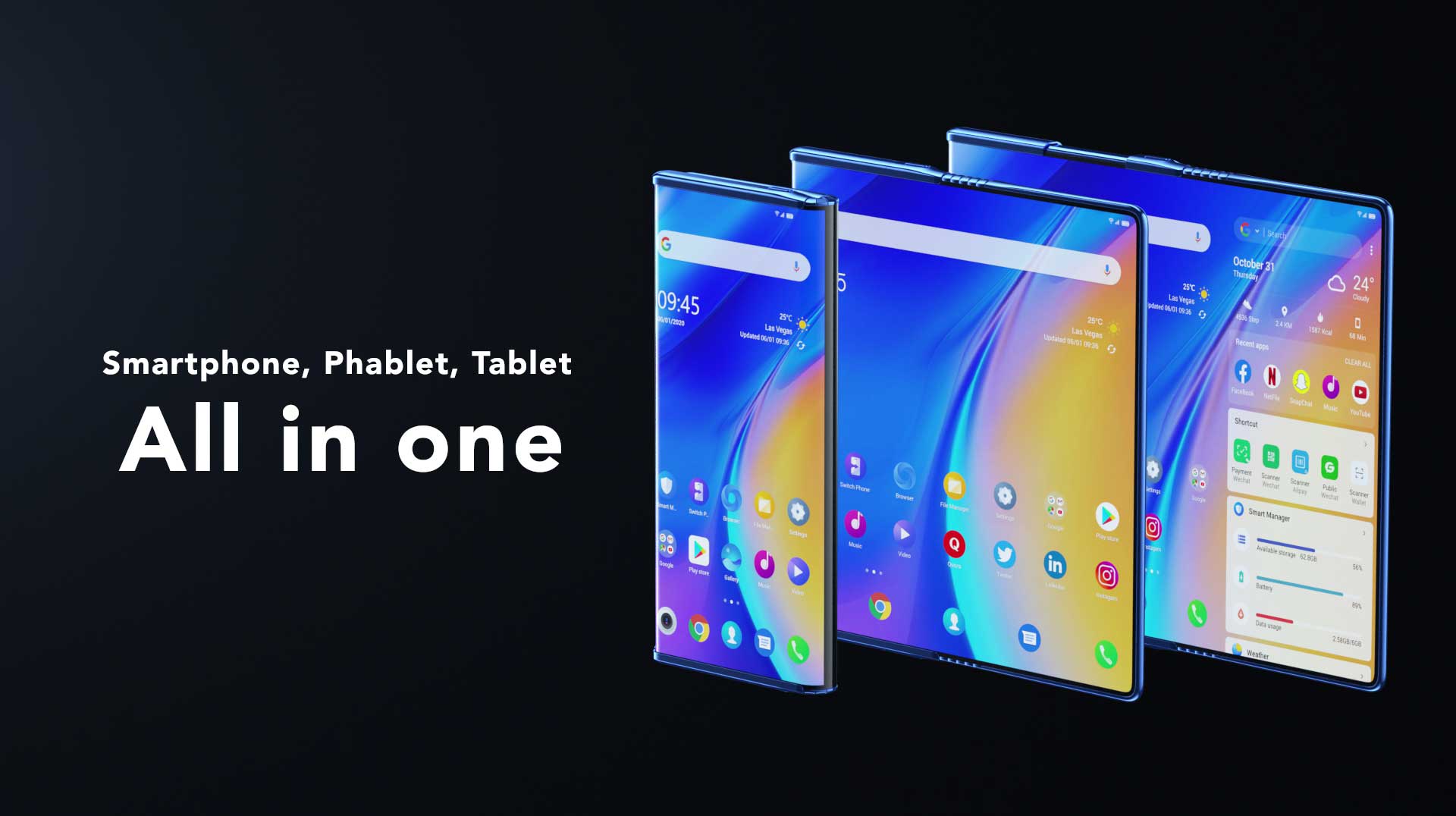 The Fold ‘n Roll starts as a 6.87-inch handset but can unfold into an 8.85-inch tablet and then roll out completely to transform into a 10-inch device.

Foldables like this are similar to Huawei’s Mate XS in several ways. For example, when in smartphone mode, there’s a display on both sides of the phone. This means when you place the device on a table there’s a screen looking up at you and another lying flat against the surface.

CNET previously obtained the company’s Fold ‘n Roll sketches and shared them online. TCL also recently unveiled that it’s working on another rollable smartphone that looks completely different from what it showed off here.

The China-based tech giant has been showing off foldable smartphone prototypes since 2019 but has yet to release a foldable or rollable handset officially.

The company has previously promised that it will launch either a foldable or rollable later this year, but it’s still unclear which product the company will release. This is TLC’s first prototype for a phone that unfolds and also rolls out.

It’s worth noting that LG was also supposed to launch a rollable smartphone later this year. The company has closed its mobile business, so if TCL launches a rollable this year, it might be the only one on the market. Whereas, on the foldable side of things, companies like Oppo, Vivo, Xiaomi, Samsung and maybe even Google already have or plan to release new foldables in 2021, so that market is looking quite packed.