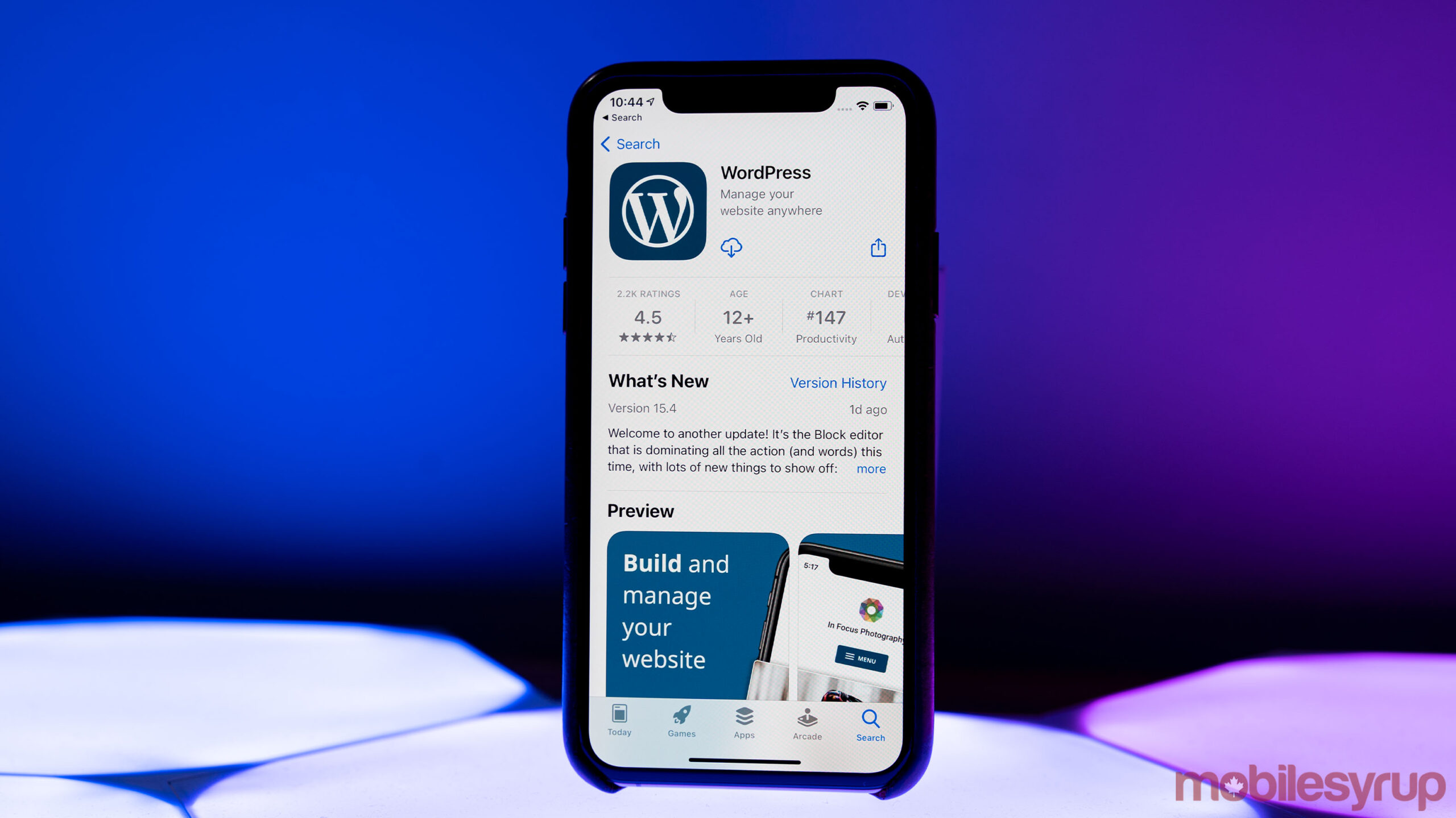 WordPress, a free website building tool used by millions, had its iOS app locked by Apple for not offering in-app purchases.

In a bizarre series of events, WordPress’ founding developer Matt Mullenweg took to Twitter to explain why the WordPress iOS app hadn’t received recent updates, noting it was “locked by [the] App Store.” To fix the problem, Mullenweg said WordPress had to “commit to support in-app purchases for .com plans.” Mullenweg indicated on Twitter that the issue seems to stem over confusion about WordPress and WordPress.com, the open-source platform for building websites and the subscription business.

Heads up on why @WordPressiOS updates have been absent… we were locked by App Store. To be able to ship updates and bug fixes again we had to commit to support in-app purchases for .com plans. I know why this is problematic, open to suggestions. Allow others IAP? New name?

WordPress on iOS is a free app and part of the open-source platform — Mullenweg says that’s why it’s called ‘WordPress’ and not ‘WordPress.com.’ The app doesn’t offer in-app purchases. Separately, the WordPress.com website sells domain names and fancier website packages. The Verge and Stratechery’s Ben Thompson both double-checked and confirmed that the WordPress iOS app doesn’t sell anything. All it does is let users make a free website. Further, there’s no option to buy a unique dot-com or dot-blog domain from the app. Instead, it assigns users the standard free WordPress domain name and 3GB of space.

The Verge says Apple confirmed that it’s involved, and the company said it requires in-app purchases whenever apps “allow users to access content, subscriptions, or features they have acquired in your app on other platforms or your web site [sic].” You can view the relevant App Store guideline, number 3.1.3(b), here. However, the WordPress app doesn’t sell anything itself and The Verge says it appears users can’t do anything special with anything purchased from the WordPress website other than upload additional files or select different site themes.

To be clear, the app doesn’t sell anything, and why would it? It’s an open source project. Apple is requiring the addition of functionality that has no plausible reason to exist.

Mullenweg acknowledged a roundabout way for iOS users to find out about WordPress’ paid tiers existed in the app, but when he offered to prevent iOS users from seeing those pages, Apple refused. The WordPress developer went on to explain that he wasn’t going to fight it anymore and plans to add brand-new in-app purchases for WordPress’ paid tiers, which include domain names, within 30 days. Apple also agreed to allow updates for WordPress while it waits for the addition of in-app purchases.

There are a few convoluted ways you can get to our web app from within previews, documentation, etc. We offered to block based on user agent server-side, but that was not deemed sufficient.

The Verge summarizes the WordPress ordeal succinctly as “Apple won.” The company, now one of the richest in the world, successfully bullied an app developer into adding in-app purchases using Apple’s payment processing system so it could take 30 percent of the revenue.

Although Apple is in the process of defending its App Store rules and practices, both in the public space and legally as it battles a lawsuit from Fortnite-creator Epic Games, the California-based company seems content to dig itself a deeper hole. WordPress is far from the only developer to speak out about Apple’s App Store practices. Over the last several months, a clear pattern has emerged of Apple using its control over the App Store and iOS platform, as well as its restrictive App Store policies, to force developers to do things like adding in-app purchases.

Worse, others have accused Apple of applying these policies unequally. Epic Games said Apple allowed some apps to use direct payment methods despite the company banning Fortnite for doing the same. A group of news publishers recently petitioned Apple for a similar deal to the one it gave Amazon.

In a congressional hearing earlier this year, emails surfaced showing that Apple offered Amazon a reduced revenue share offer to get its Prime Video streaming app on the App Store. Apple CEO Tim Cook told congress that deal was available to all developers who met the conditions, but the company has yet to make those conditions public. Apple also criticized Epic CEO Tim Sweeney for seeking a deal with the company over App Store guidelines even though it has a history of cutting such deals.

The easy response is to say that these developers broke the App Store rules and that they’re at fault for the consequences. However, that argument oversimplifies the issue. At the core, the problem is the rules themselves, and how Apple applies them, not whether developers broke them.