The new feature comes as part of a wider education push from Google, which includes new STEM-related AR Search objects

Google will expand its Lens software with a new feature that can help students solve math problems with step-by-step guides and detailed explainers.

Google will use technology from mobile learning app Socratic, which it acquired last year, to power the Lens feature. Users will be able to take a picture of their homework and use Lens to highlight an equation or match problem they can’t figure out. Google Lens will then offer access to guides and explainers to help students figure out the concept.

The idea is to go beyond offering a solution and help students learn the concept to apply it better themselves. Engadget says Google hasn’t announced a launch date for the new Lens feature, but the Socratic app is already available on iOS and Android.

Along with the new Lens feature, Google added more 3D augmented reality (AR) objects to Search. Over the last few months, Google steadily added new animals, bugs and dinosaurs to the AR Search feature. It also added some STEM-related objects, such as astronauts — now Google is expanding that section. 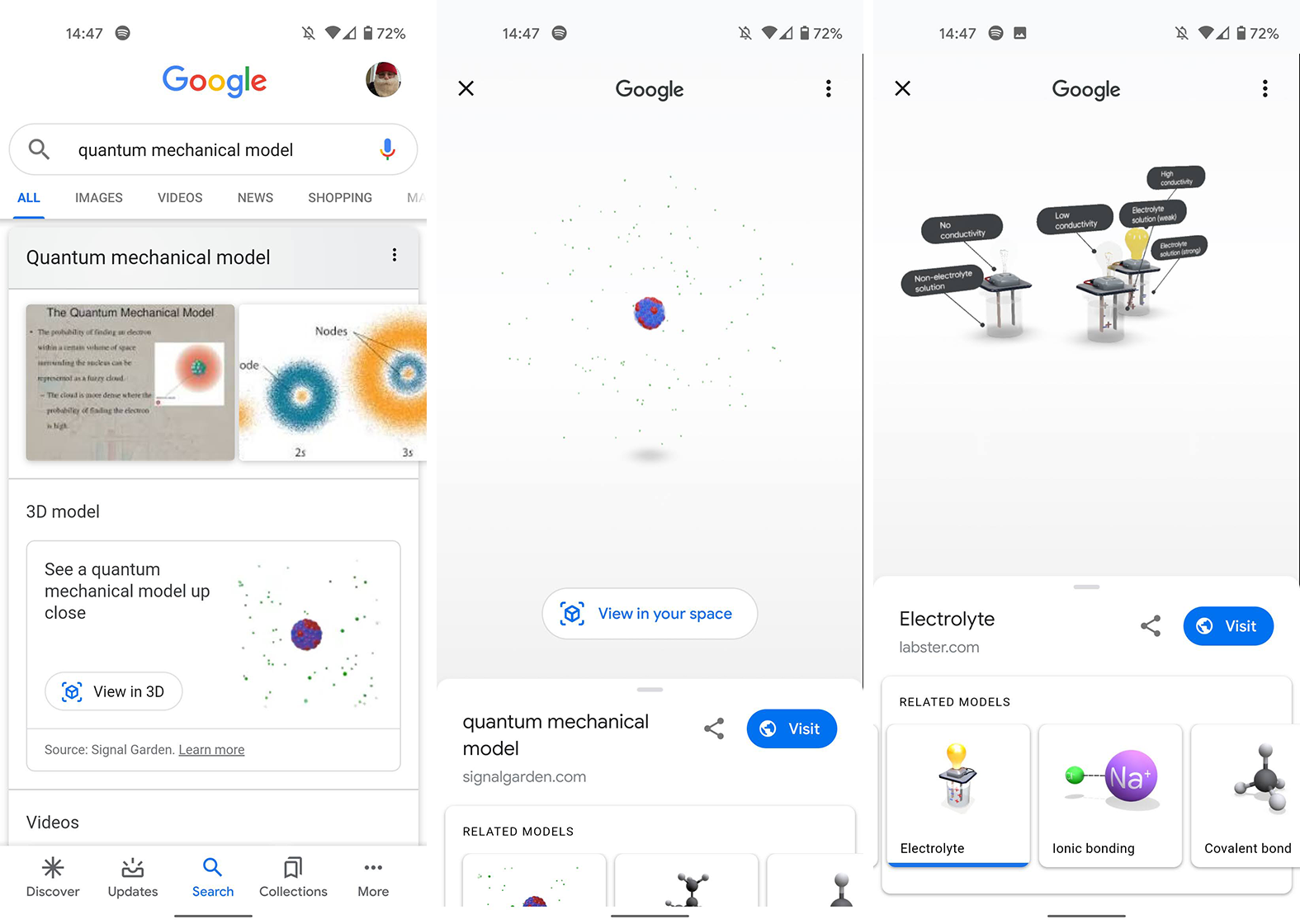 That means users can now look up things like the ‘quantum mechanical model’ and observe a 3D atom model. Plus, like with the animals, users can plop the 3D model ‘in their space’ and view it using AR.

Those interested in seeing the full list of searchable 3D AR items can check it out here. It’s worth noting that to take advantage of AR Search, you need a compatible smartphone and app. On the smartphone side, you’ll need an Android 7.0 device or newer with ARCore support (full list here) or an iPhone 6S or newer running iOS 11 or later. Finally, you need to search in Chrome, Safari on iOS or the Google app to see the AR objects.