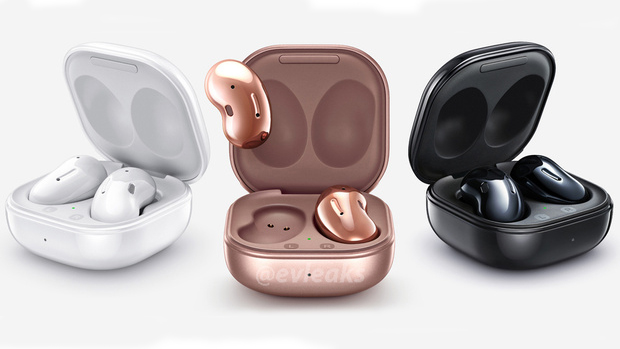 Another Galaxy Buds Live leak has surfaced, this time around showing a short clip of the Buds in a case followed by the line “Keep the noise out. Let the sound in.”

Although that name didn’t come to fruition, we did learn a few things about the Buds Live from those past leaks, including that they would likely offer active noise cancellation (ANC).

Now, a video shared by leaker WalkingCat (@h0x0d) on Twitter seems to confirm the Buds Live will include ANC. The “Keep the noise out” section of the text almost certainly refers to the feature.

Aside from the text, the video shows the three colour options for the Buds Live. Additionally, the clip shows how the earbuds come out of the charging case.

WalkingCat followed up the tweet with a photo showing the underside of the Buds Live. You can clearly make out an ‘L’ signifying the left bud, the ear speaker and the charging contacts.

Samsung is expected to launch the Galaxy Buds Live alongside the Galaxy Note 20 at an upcoming Unpacked event.