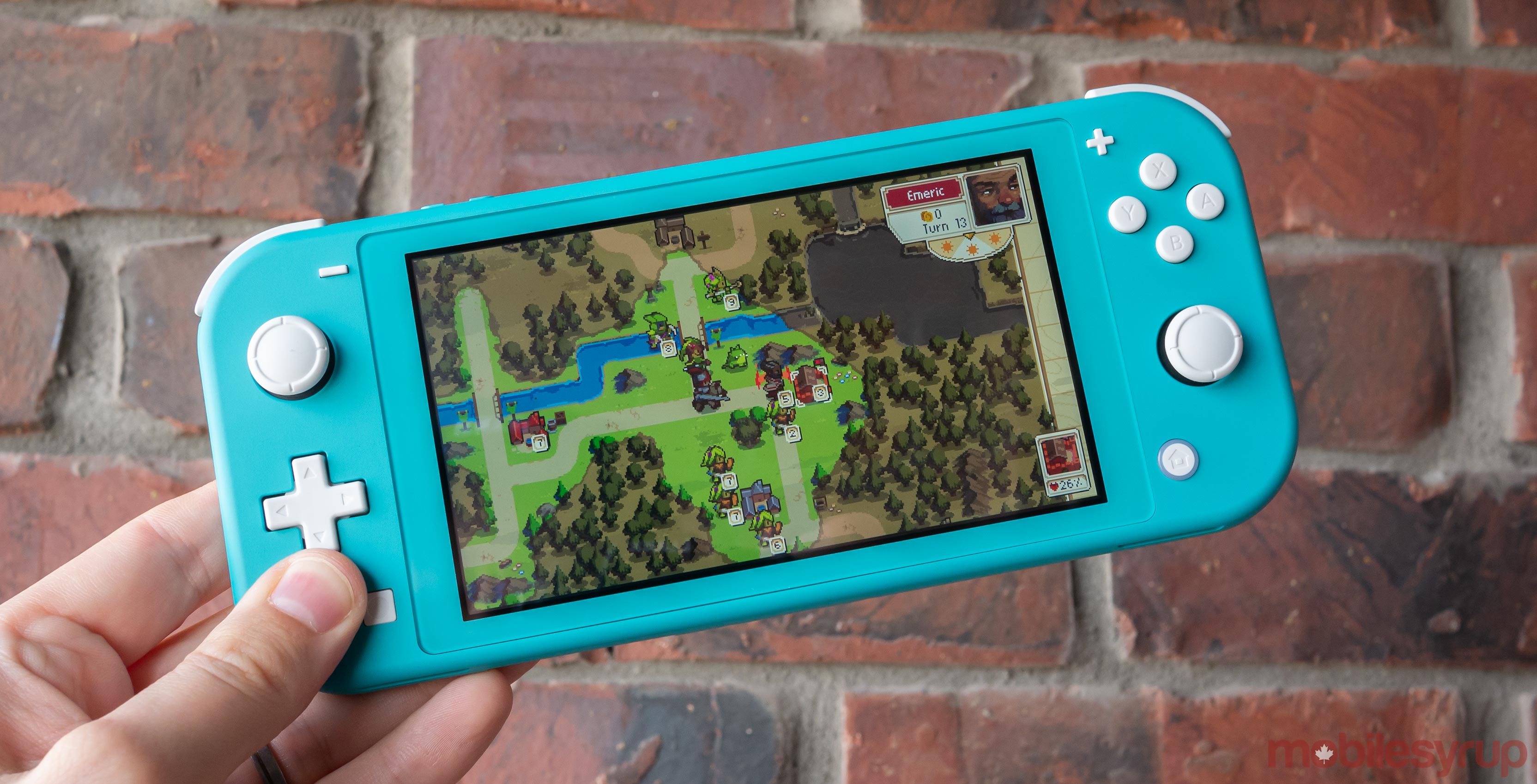 I’ve always been a huge fan of the Nintendo Switch.

The handheld finally fulfilled my childhood dream of being able to take a video game console on the go and then dock it at home to play that same experience on a television. Even now, the Switch’s versatility remains unparalleled in the video game industry. 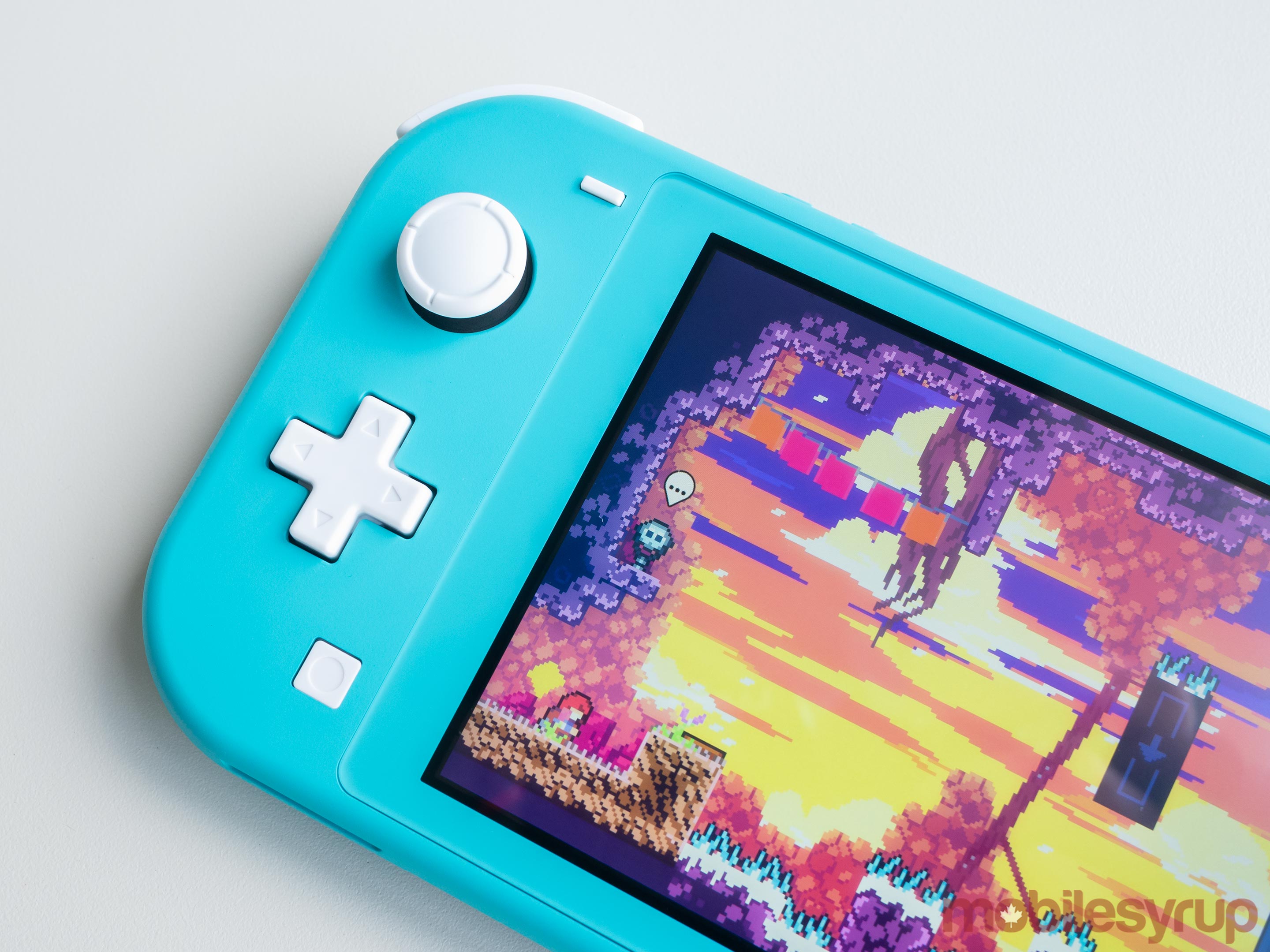 Over the last year or so, though, I’ve found that I’m docking the Switch less frequently. In fact, I can’t remember the last time I played the handheld on a television. For me, at least, the Switch is now mostly a dedicated handheld.

This is where the new Switch Lite comes in. 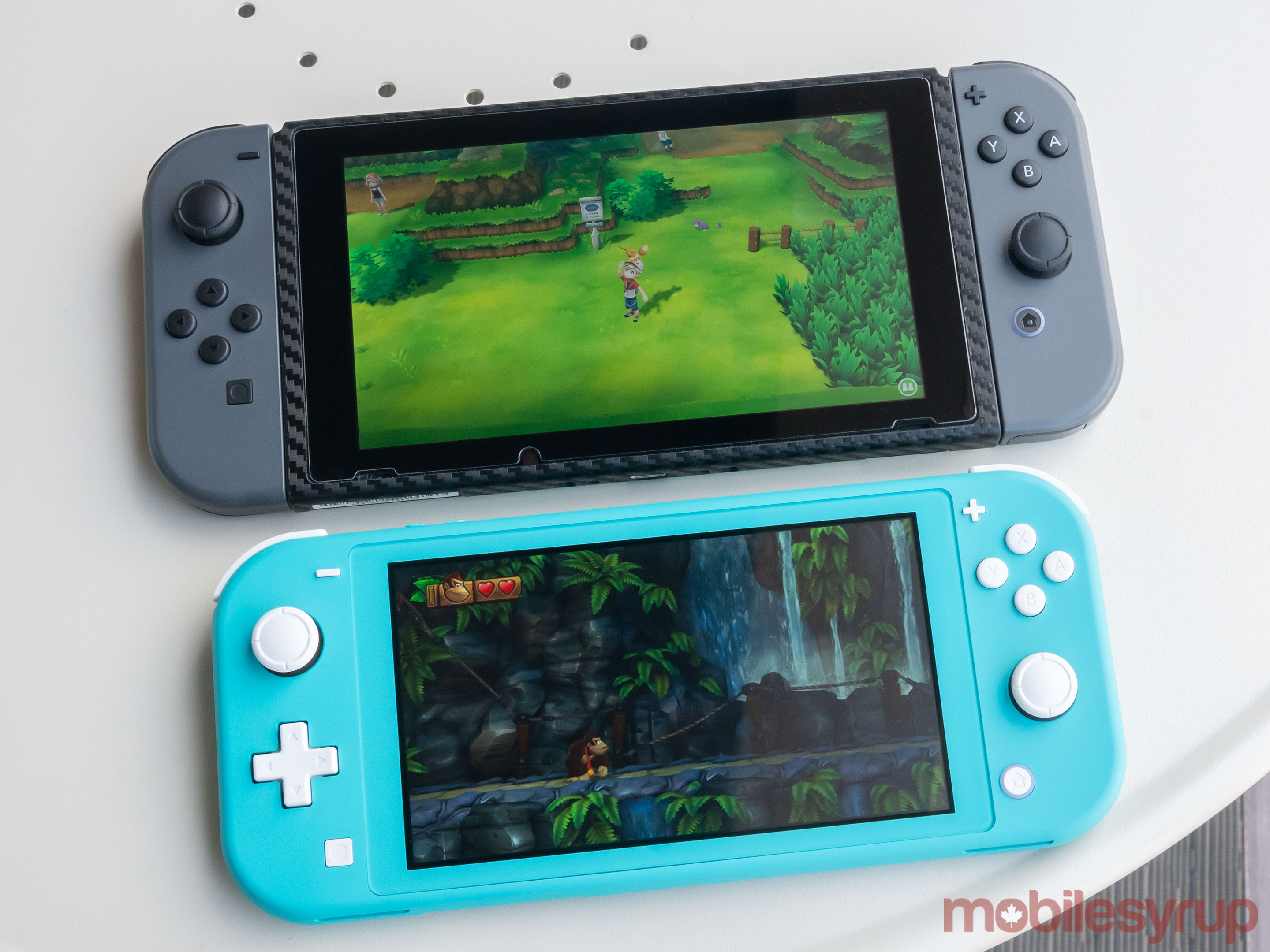 While the tiny console doesn’t feature the ability to connect to a television, it’s a worthy upgrade over the original Switch in several ways.

For example, the colourful new console — which now comes in ‘Yellow,’ ‘Turquoise,’ and ‘Grey’ — features vastly improved build quality. Beyond the new rubberized coating that protects the entire system, there are no detachable Joy-Cons with the Lite, so it feels much sturdier when compared to its larger sibling. The ‘Joy-Con flex’ that I often experienced with the Switch is no longer an issue with the Lite. The rubberized rear also prevents the Lite’s back from getting scratched like its predecessor.

In general, the Switch Lite feels far more durable than the Switch. Because of this, I’m more comfortable throwing the system in a thin case and dropping it in my bag, or even just sliding it into my pocket. 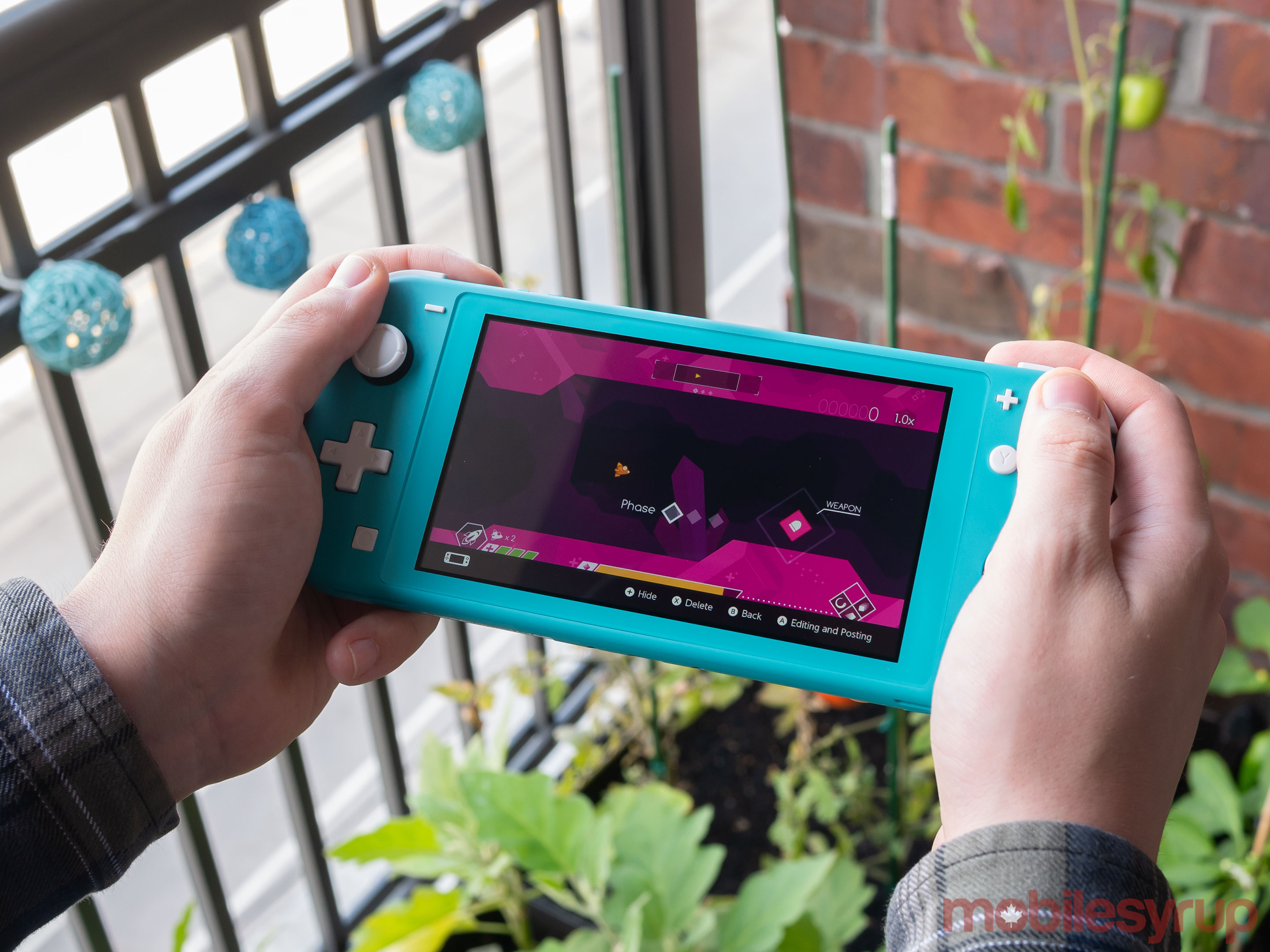 Speaking of size, the Lite isn’t substantially smaller than the standard Switch on paper, with the screen coming in at 5.5-inches compared to the Switch’s 6.2-inches.

When you’re actually playing games on the Lite, though, it feels much tinier than its predecessor. While I prefer the smaller size because it makes the console more portable, some people might take issue with the Lite’s screen, which is the same size as the Pixel 3’s display. Adding more to its portability, the Lite weighs 0.29kg (0.66lbs) compared to the Switch’s o.39kg (0.88lbs). The difference in weight isn’t substantial, but it’s still noticeable.

The Lite’s display is bright, vibrant and nearly identical to the original Switch’s screen, though some colours seem to have a slightly different tint to them. The screen still measures in at a 1280 x 720 pixel resolution (720p), which, while disappointing, is expected. 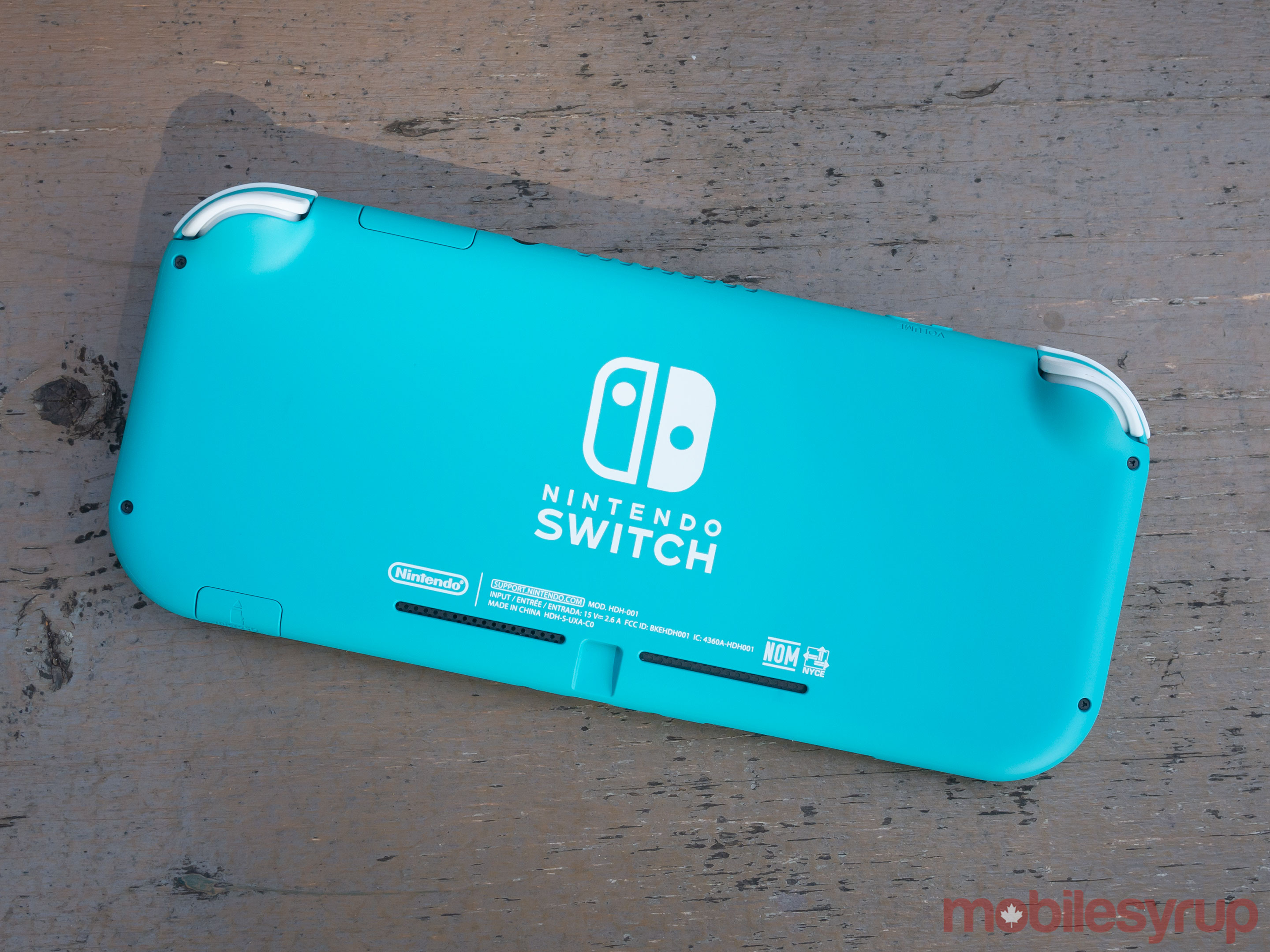 Those hoping for a Switch with a higher resolution screen will need to wait for the inevitable true successor to Nintendo’s handheld. 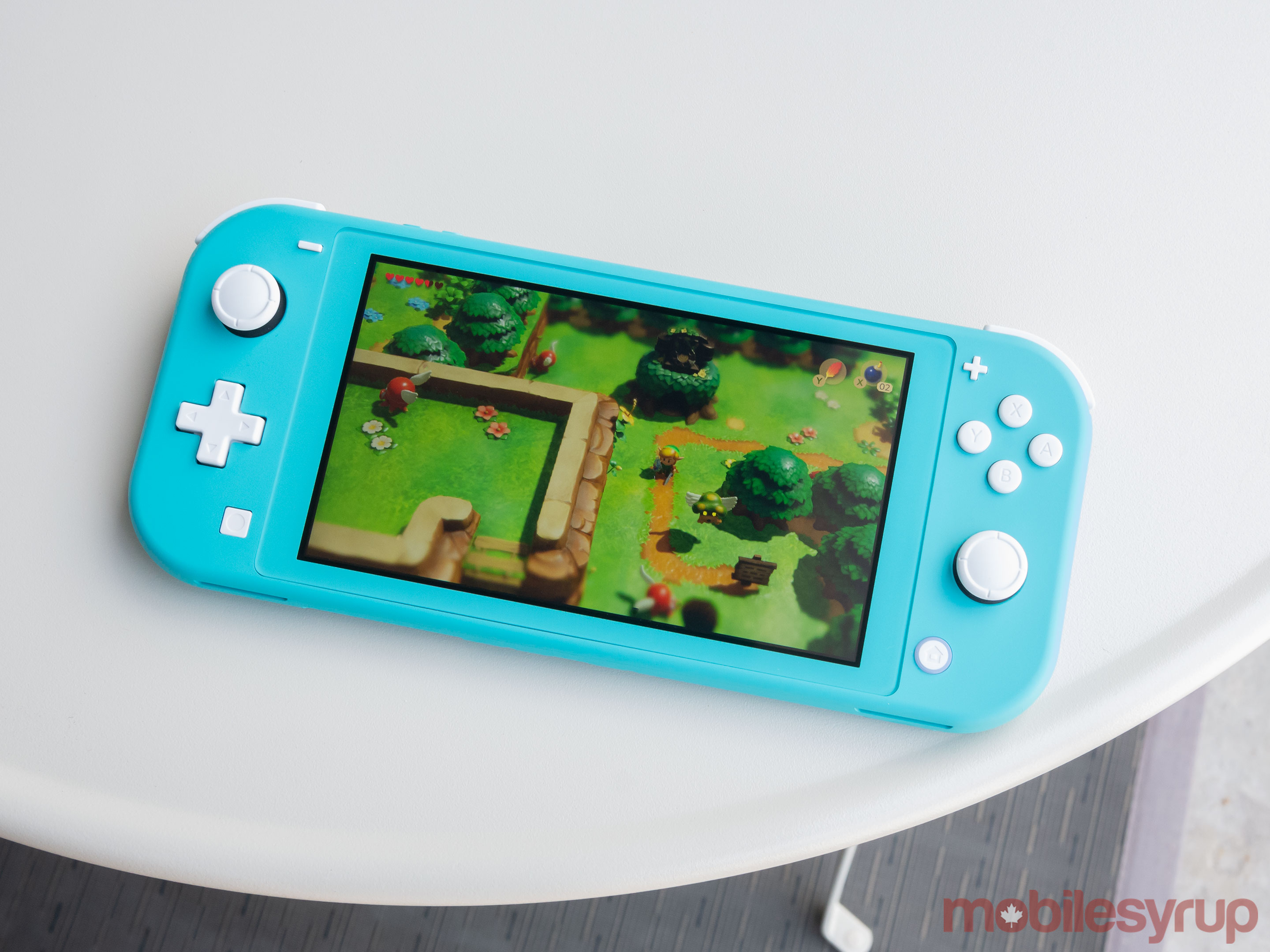 It’s important to point out that there are several features missing from the Lite that some users might care about. There’s no kickstand, HD Rumble, Infrared Camera and of course, Joy-Cons, which limits compatibility with some games.

You can purchase Joy-Cons separately to play games like the abysmal 1-2 Switch, but then you’ll also need an external charger since the Lite isn’t capable of charging the gamepads. Labo and the crazy-looking Ring Fit Adventure with its Ring-Con controller also won’t work with the Lite. That said, the Switch Lite still features NFC support and a gyroscope for motion controls.

The Lite’s buttons have more travel to them than the original Switch’s. This makes them more satisfying to press but I did find they took a little getting used to. Further, the console features a traditional D-pad this time around, instead of four separate buttons laid out in an ‘X.’ This is a great shift on Nintendo’s part and I wish the Japanese gaming giant would release Joy-Cons with a similar layout for the original Switch. 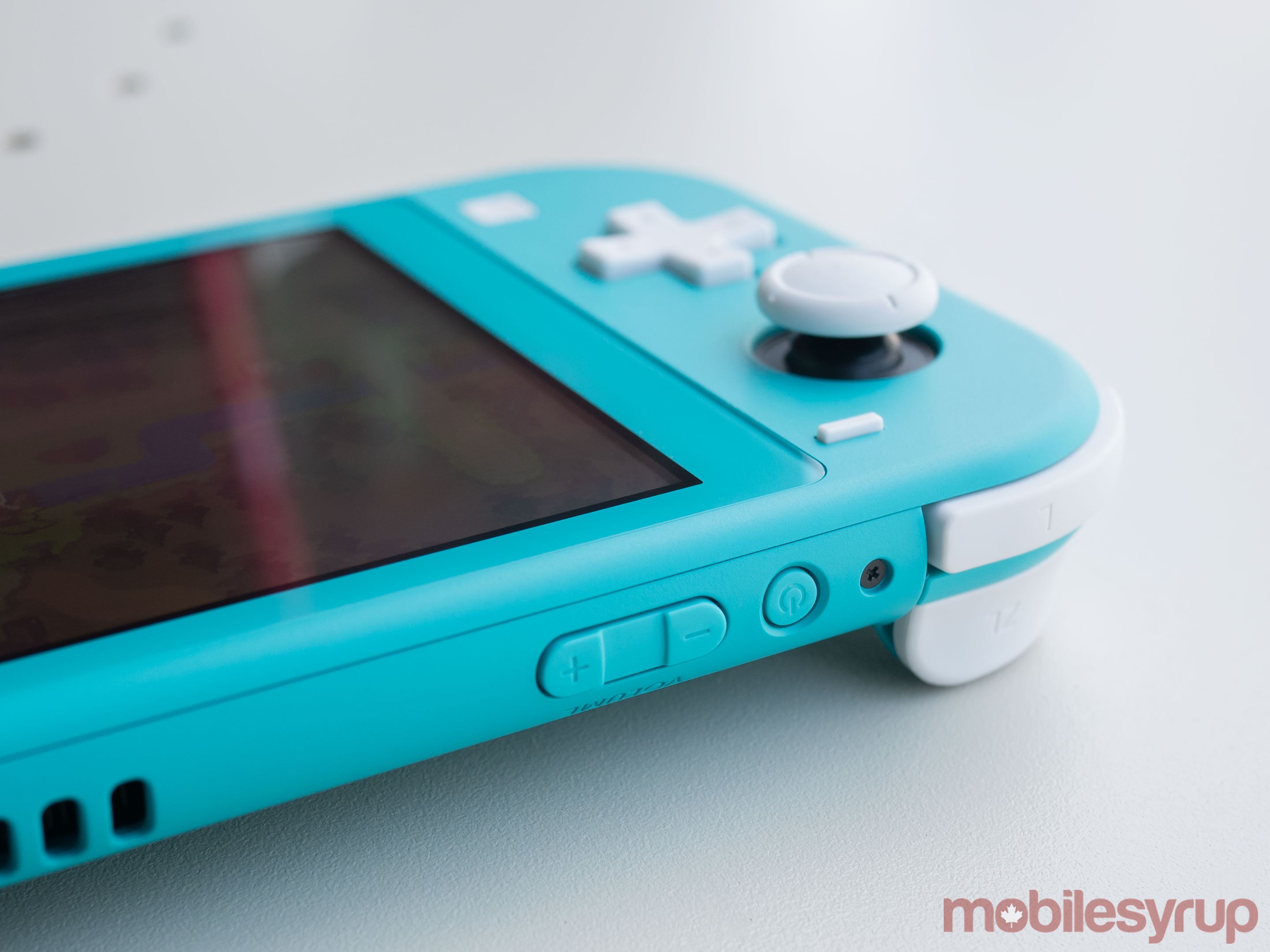 Battery life has been marginally improved, now coming in at between three and seven hours, according to Nintendo. In my experience, this estimate seemed pretty accurate depending on how bright the display is and what game you’re playing. Similar to the original Switch, games that are graphically intensive drain the battery more quickly.

Also, the minor processor bump doesn’t seem to result in games running smoother like some expected. For example, the lag I experienced in The Legend of Zelda: Link’s Awakening when there were multiple enemies on the screen remains with the new Switch Lite. 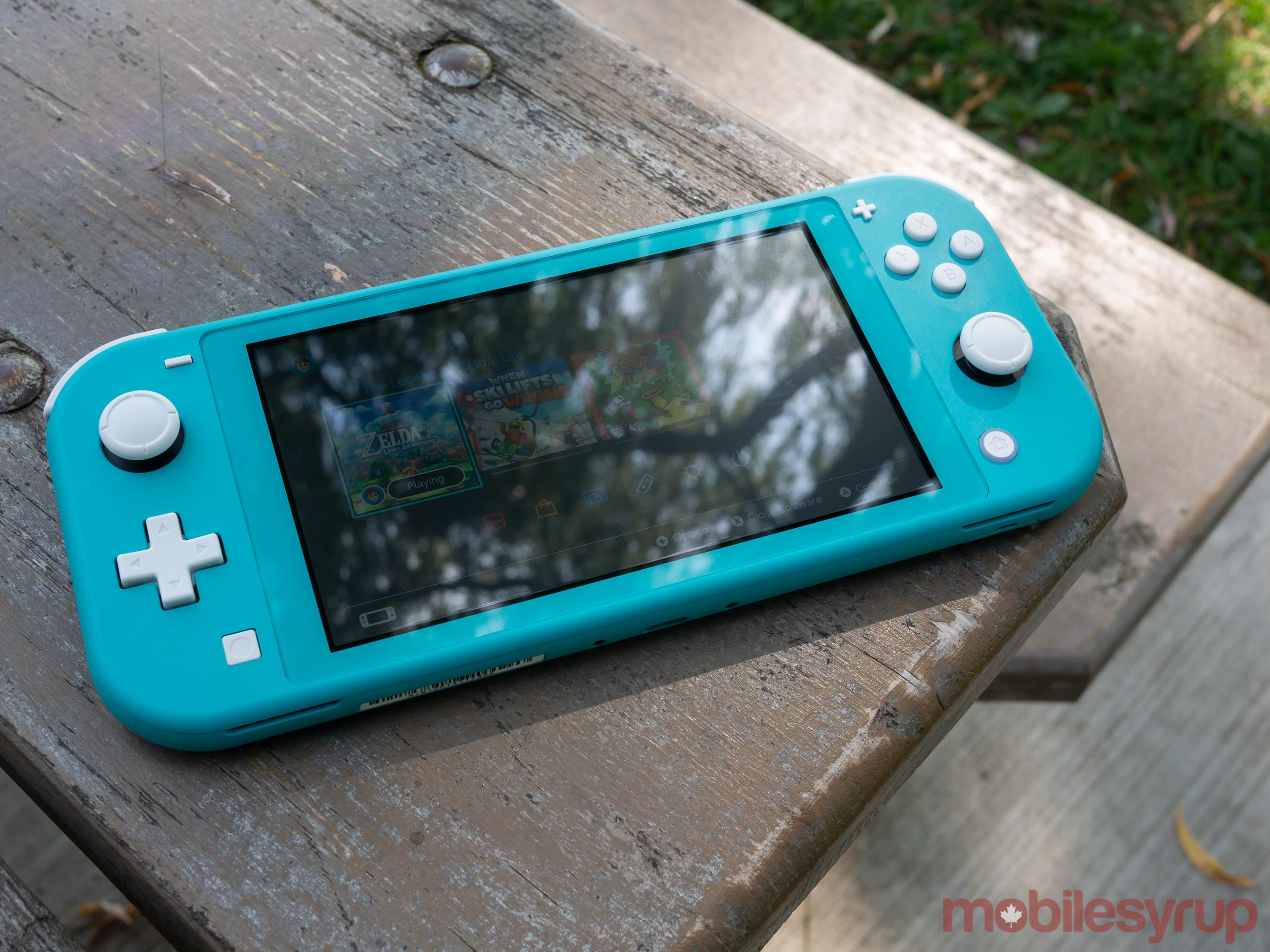 The one significant issue I have with the Switch Lite is the way Nintendo handles transferring games and saves between two consoles. One system needs to be set as the ‘Primary,’ with the second Switch being ‘Secondary.’ The Secondary console requires an internet connection to play any game. In my case, I made the Switch the Secondary console since I plan to use it at home where I always have an internet connection, with the Lite being my on-the-go handheld.

Sharing cloud saves between Switches is relatively simple but lags behind what the Xbox One and PlayStation 4 offer. I’ve seen some reports that saves sync automatically in the cloud, but I needed to download data for each game individually to my Lite. These saves then, in theory, sync automatically between the two consoles as long as you have a Nintendo Switch Online subscription ($24.99 CAD per year).

To be fair, very few people are going to own two Switches. Still, given how simple it is to transfer accounts and saves between systems with the Xbox One and PlayStation 4, the process shouldn’t be as difficult as it is with the Switch and Switch Lite. 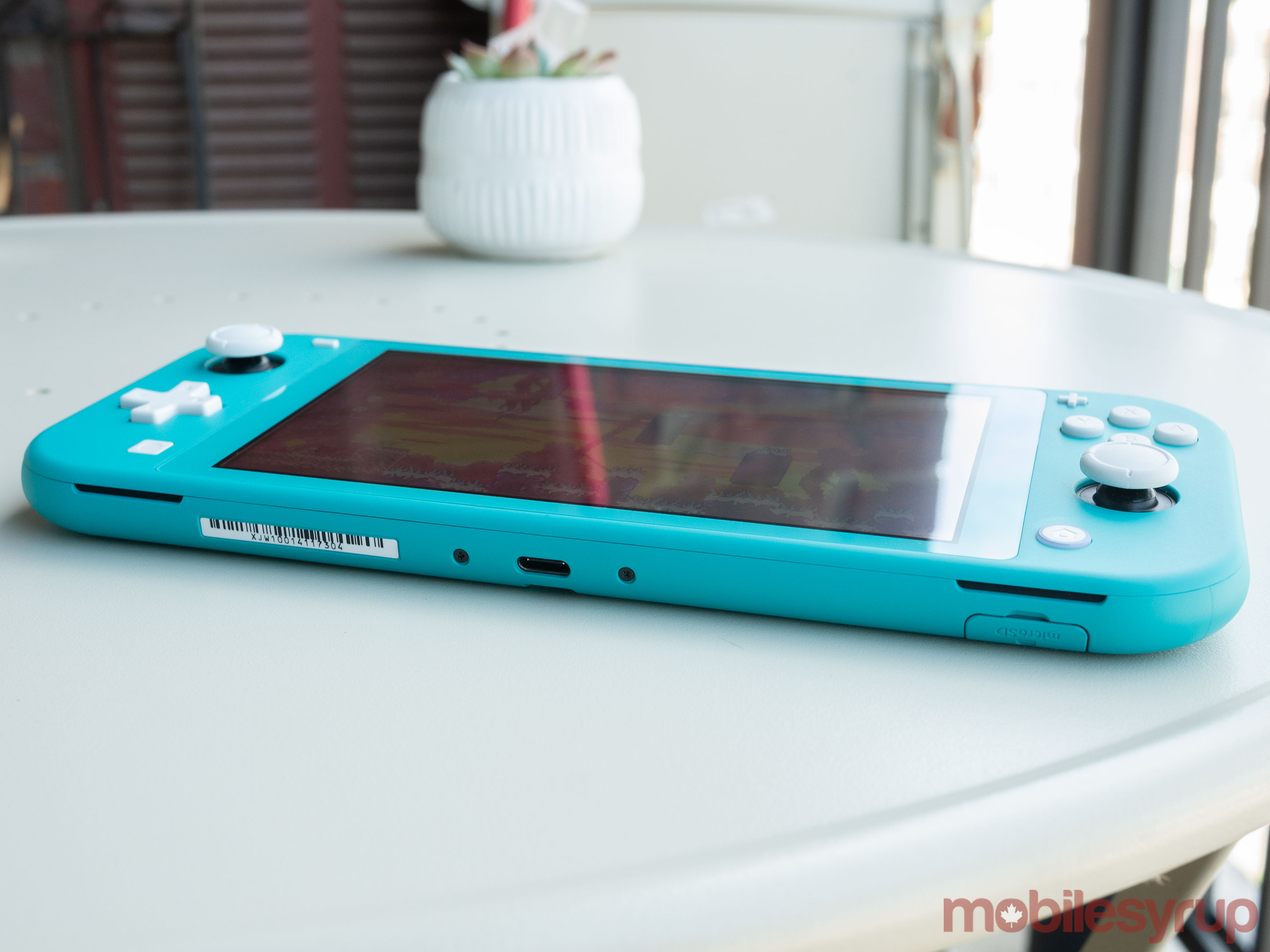 In many ways, the Switch Lite is the unofficial successor to the New 3DS XL. Nintendo might say it plans to continue to support its dedicated handheld platform, but that's almost certainly not the reality of the next few months.

The Switch Lite is a worthy successor to the 3DS line, as well as the best handheld Nintendo has released since the Game Boy Advance SP.

At $259 CAD for the Lite, compared to the $399 for the standard Switch, Nintendo's new dedicated handheld offers great value. The Switch's game ecosystem is also in a vastly better place than it was when the system first launched. There's a great library of impressive games, including Splatoon 2, The Legend of Zelda: Breath of the Wild and Pokémon: Let's Go. Big-name titles like Pokémon Sword and Shield, Luigi's Mansion 3 and Animal Crossing: New Horizons are also looming in the future.

If you're looking for a dedicated handheld portable console, Nintendo's new Switch Lite is difficult to beat.

The Switch Lite is available now and costs $259.99 CAD

"If you're looking for a dedicated handheld portable console, Nintendo's new Switch Lite is difficult to beat"