The Legend of Zelda: Link’s Awakening remake revives the cult classic for a new era 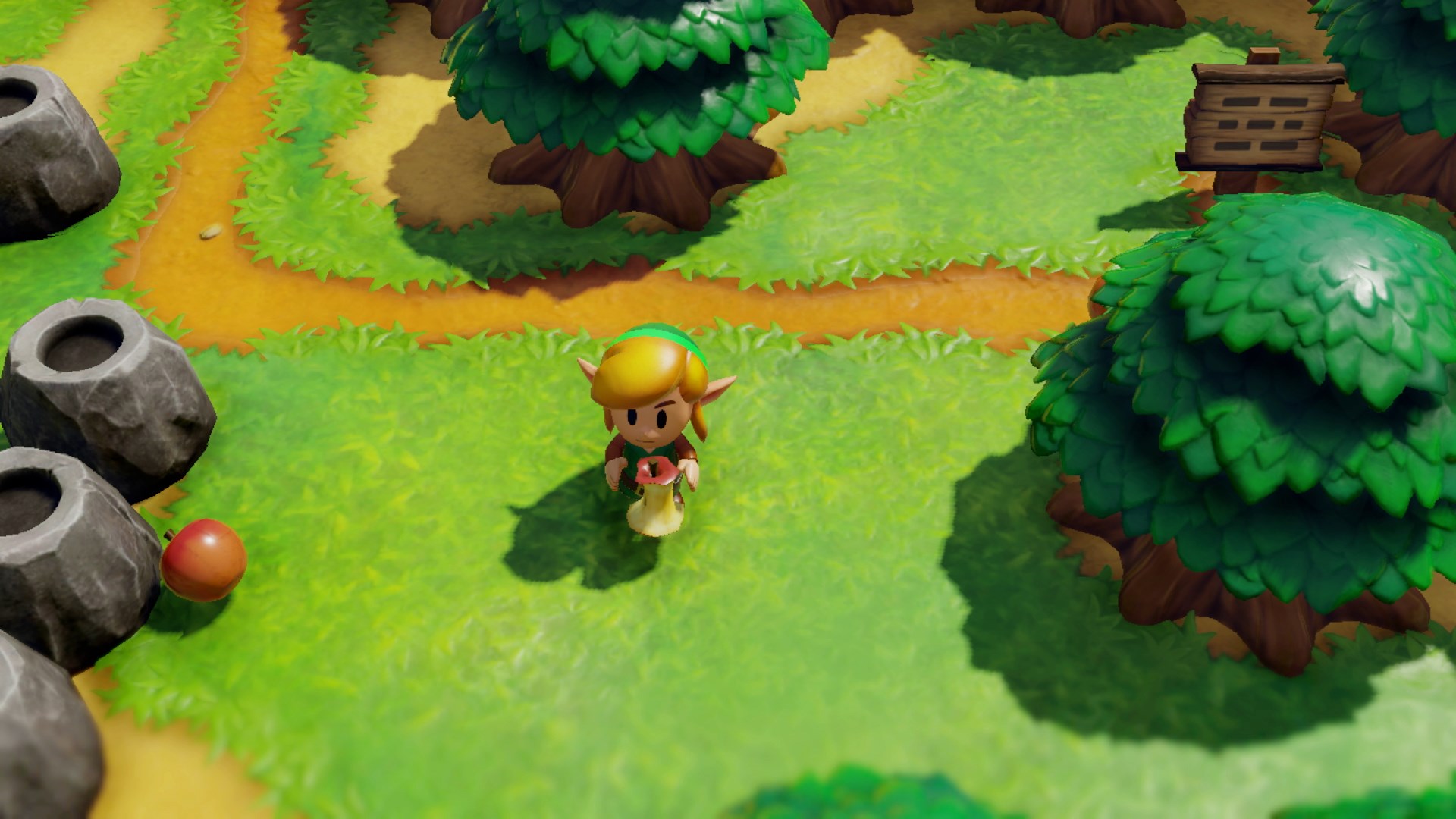 If you’ve been longing for a new top-down The Legend of Zelda game, or want a non-traditional experience akin to Majora’s Mask, the upcoming Link’s Awakening remake for the Nintendo Switch might be what you’ve been waiting for.

I was able to go hands-on with the game at Fan Expo Canada in Toronto and walked away pleasantly surprised with what it had to offer.

I’ve always been fascinated with the original Link’s Awakening for the original Game Boy because of how the game diverts from the series’ standard, expected formula. 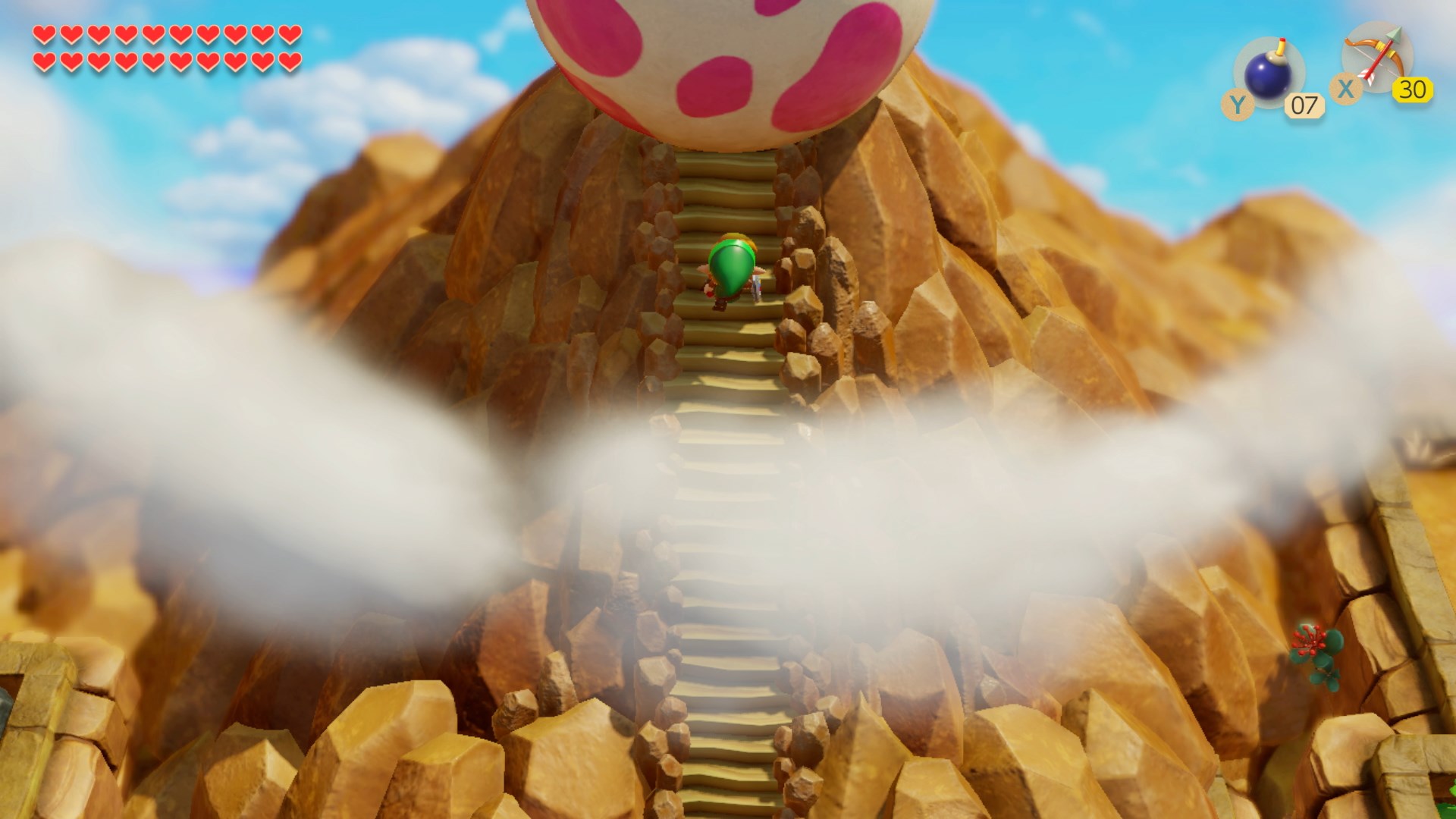 There’s no Princess Zelda, Ganon or Hyrule castle. Instead, Link’s Awakening feels more like a bad acid trip for the Hero of Time.

As such, we get a totally different world from what fans of the series are used to, which — or someone that’s not big on the world of Hyrule to begin with — is a welcome change of pace.

In some ways, the game feels like a spiritual predecessor to Majora’s Mask because it features an entirely different world, premise and characters. This Switch remake of the classic title aims to make Link’s Awakening more accessible, along with a fresh coat of modern graphics. 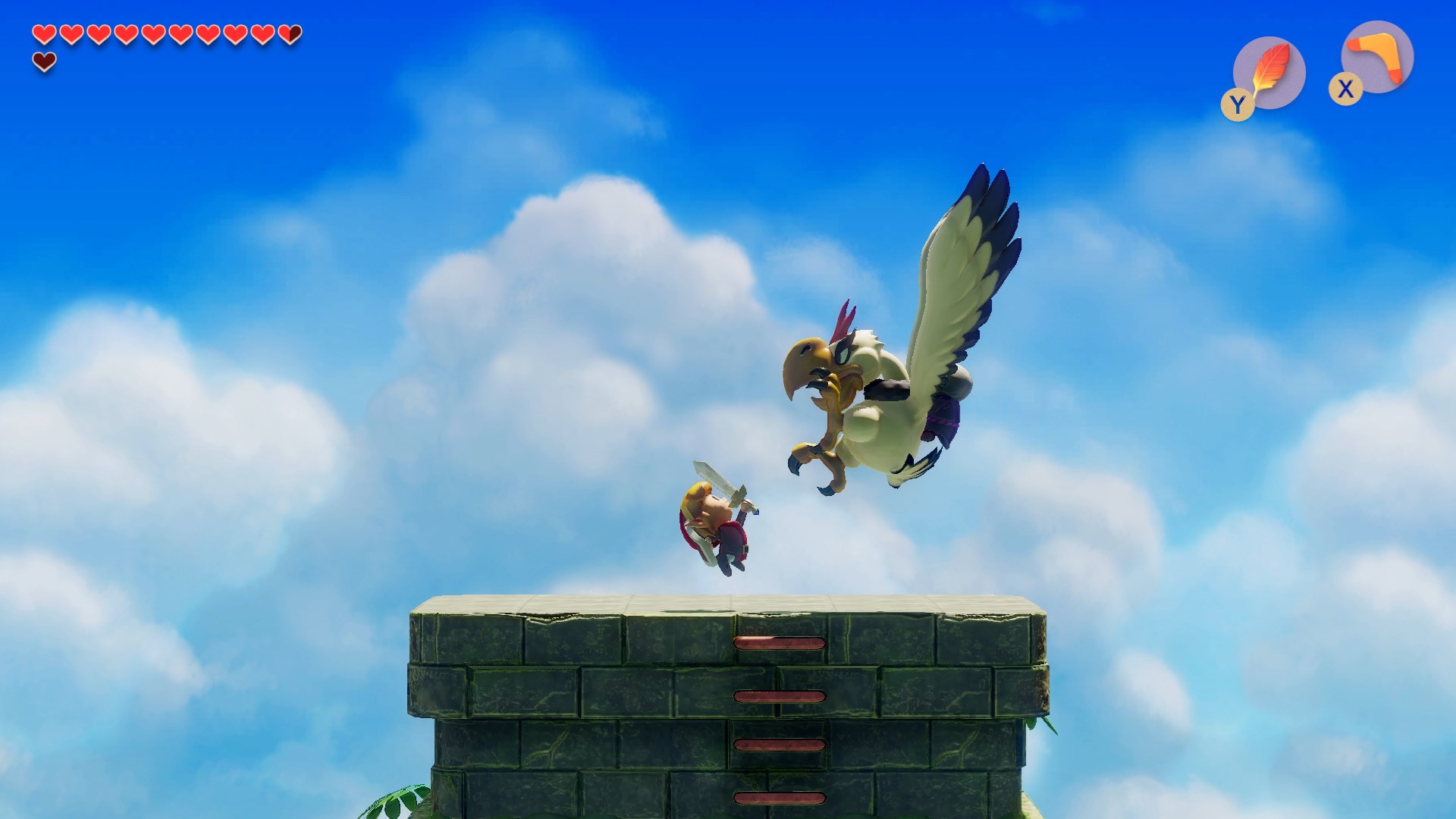 Link’s Awakening starts with the Hero of Time crashing his boat after going through a massive storm.

He then finds himself in a different world altogether and is immediately put to the task of awakening the Wind Fish. From what I’ve played, Link’s movement is about as smooth as it was in his previous 2D outing, 2013 Nintendo 3DS title A Link Between Worlds.

You swing your sword using the A button, with your shield relegated to the gamepad’s shoulder buttons. 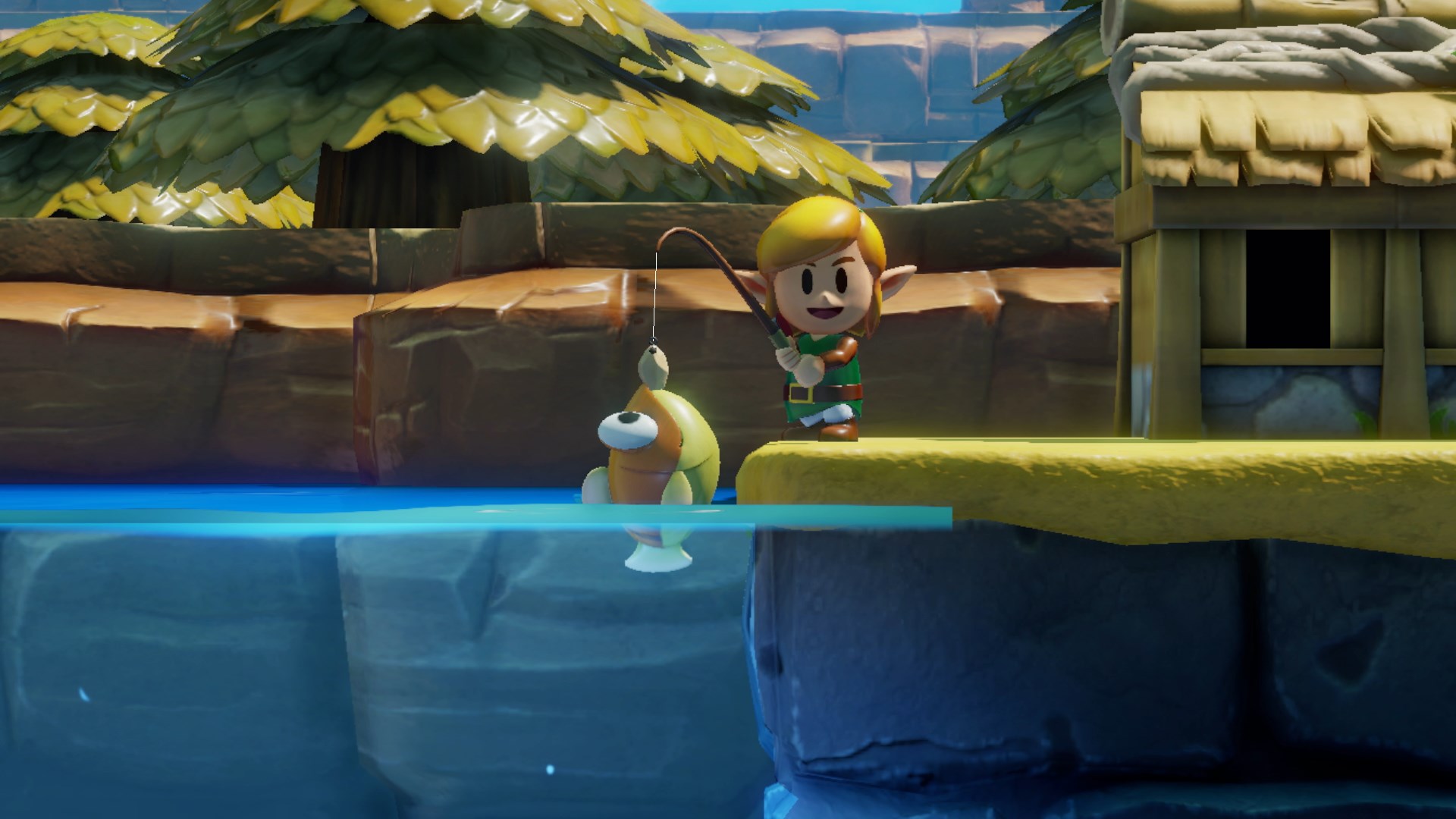 Any other weapons or utilities, such as the magic dust you get from the Witch early on in the game, can be assigned to the ‘X’ or ‘Y’ buttons.

This fixes one of the issues the original title had with its controls where you were required to use multiple power-ups to solve a puzzle, but due to the Game Boy’s lack of buttons, needed to constantly switch out items in the menu.

Apart from this change, gameplay is what you’d expect from a 2D Zelda title. However, going hands-on with Link’s Awakening changed my opinion regarding the game’s aesthetic. 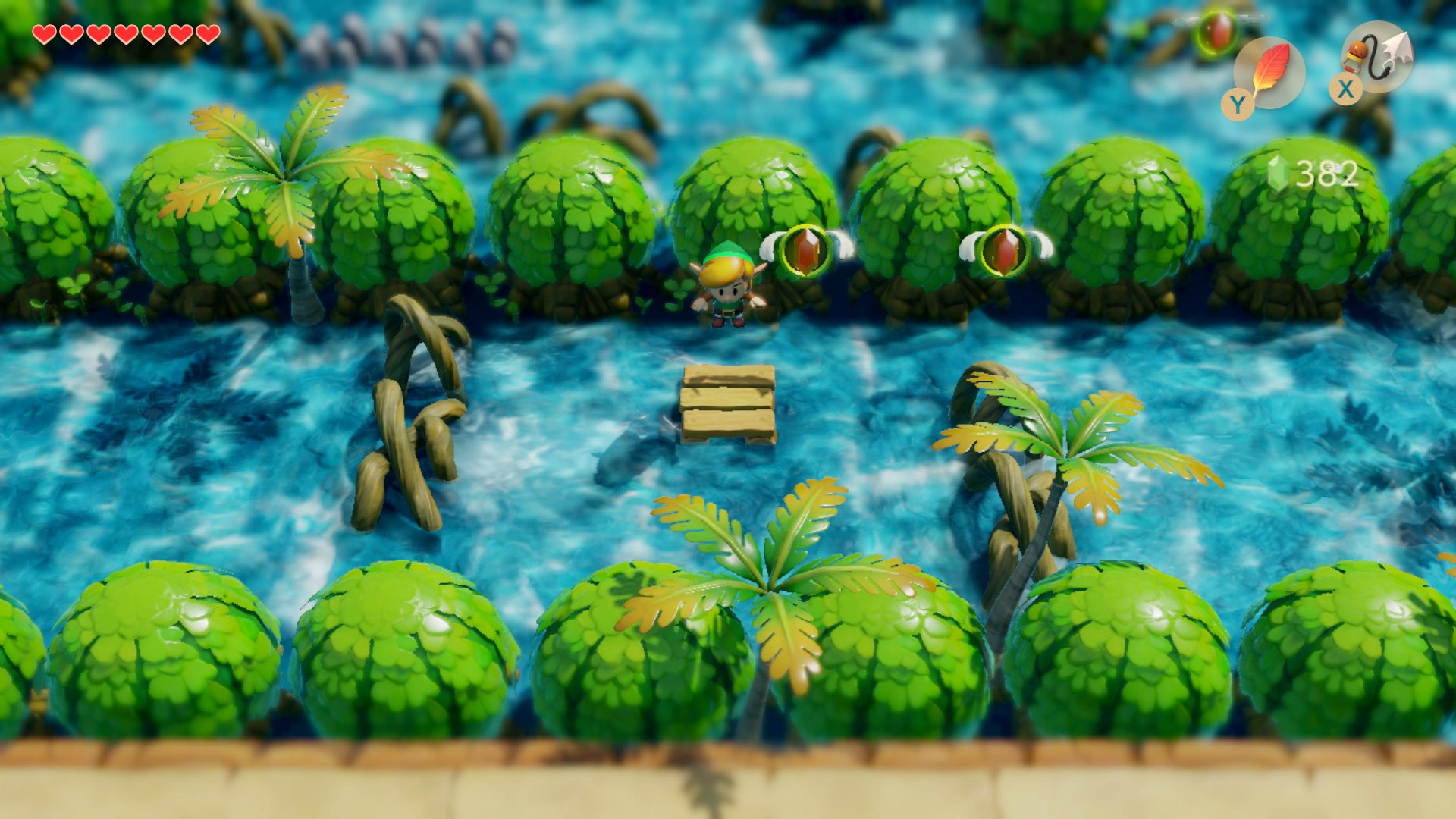 I wasn’t sold on the Link’s Awakening’s visuals when I first saw it in February’s Nintendo Direct. The game looked too simple and characters had a Play-Doh-like look to them I didn’t find appealing.

Seeing the game in action was a different experience, as the graphics look beautiful on the Switch. The colour palette is bright and the world evokes lots of charm.

Overall, I was pleased with what I’ve played with Link’s Awakening. The game seems to offer what fans have been asking while inviting newcomers with its welcoming, vivid art style and unconventional premise. 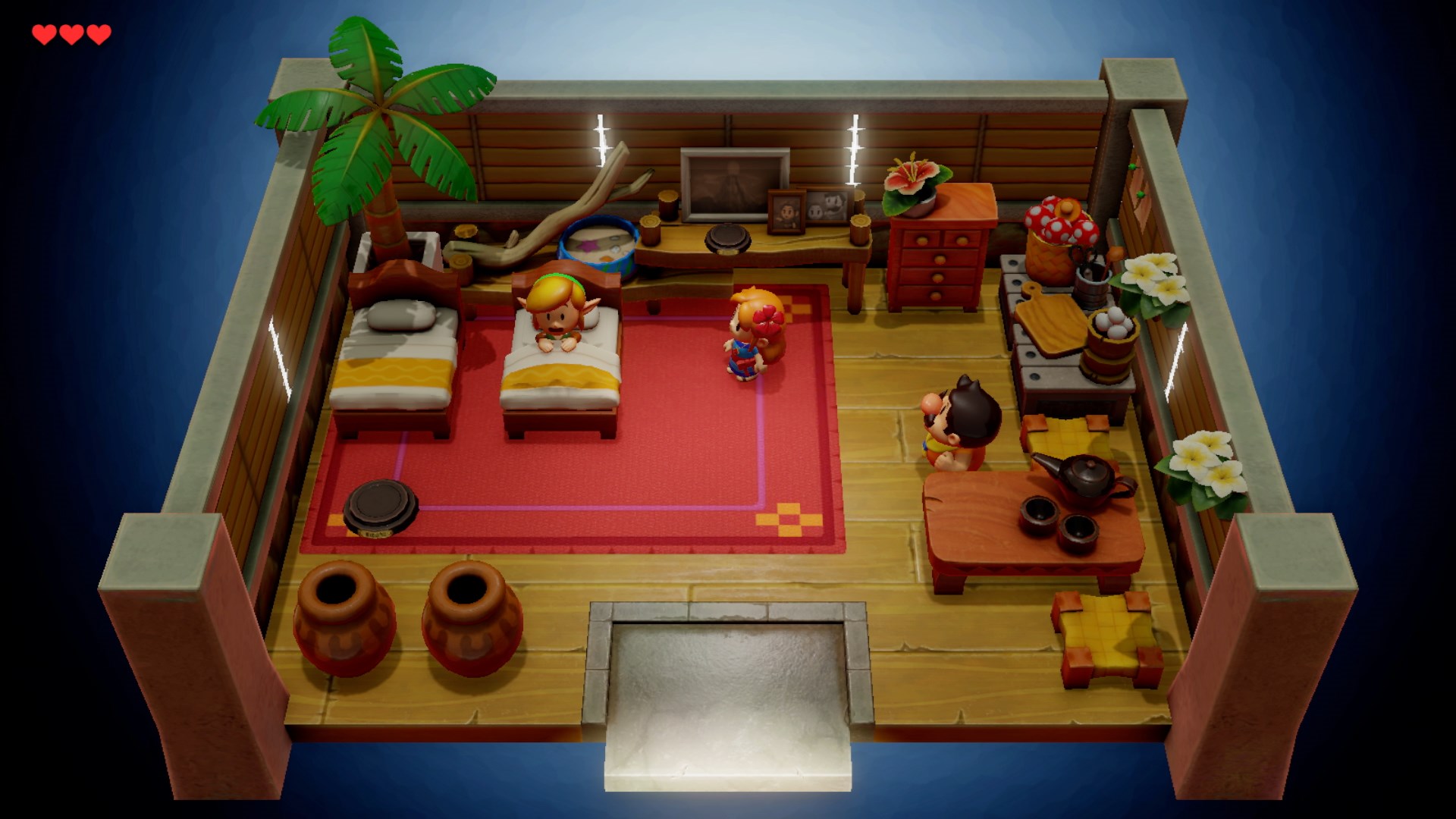 The Legend of Zelda: Link’s Awakening remake will release exclusively on the Switch on September 20th. For more on the Nintendo Switch, check out our hands-on with the upcoming Switch Lite.