‘5G is not everything,’ Huawei Canada says as it expands other businesses 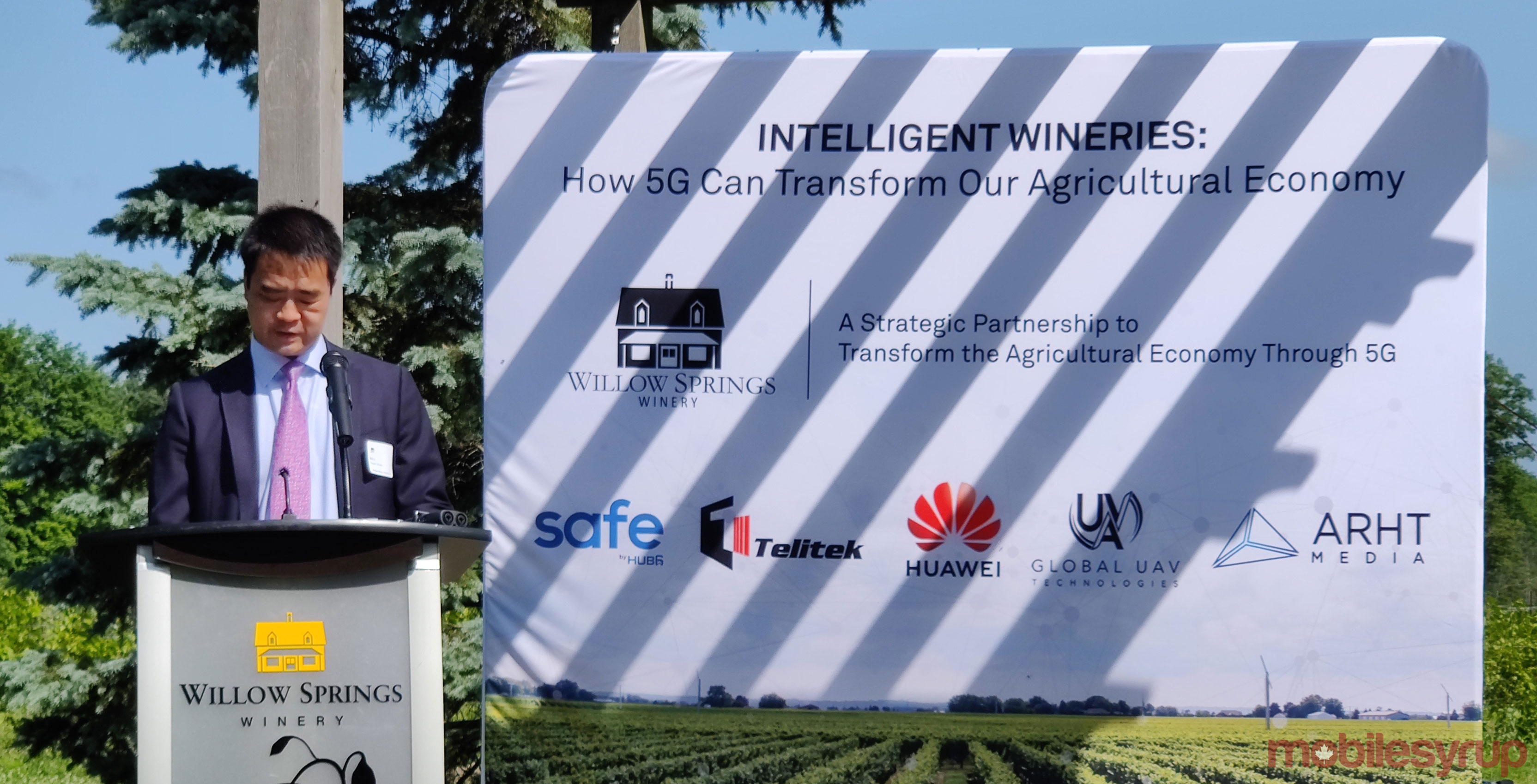 Just north of Richmond Hill, Ontario is the location of a nondescript winery Huawei Canada has partnered with to continue growing in Canada despite a looming ban decision.

On July 24th, the partners and the winery signed a memorandum of understanding to collaborate and help explore new “smart agriculture” wireless technology applications. 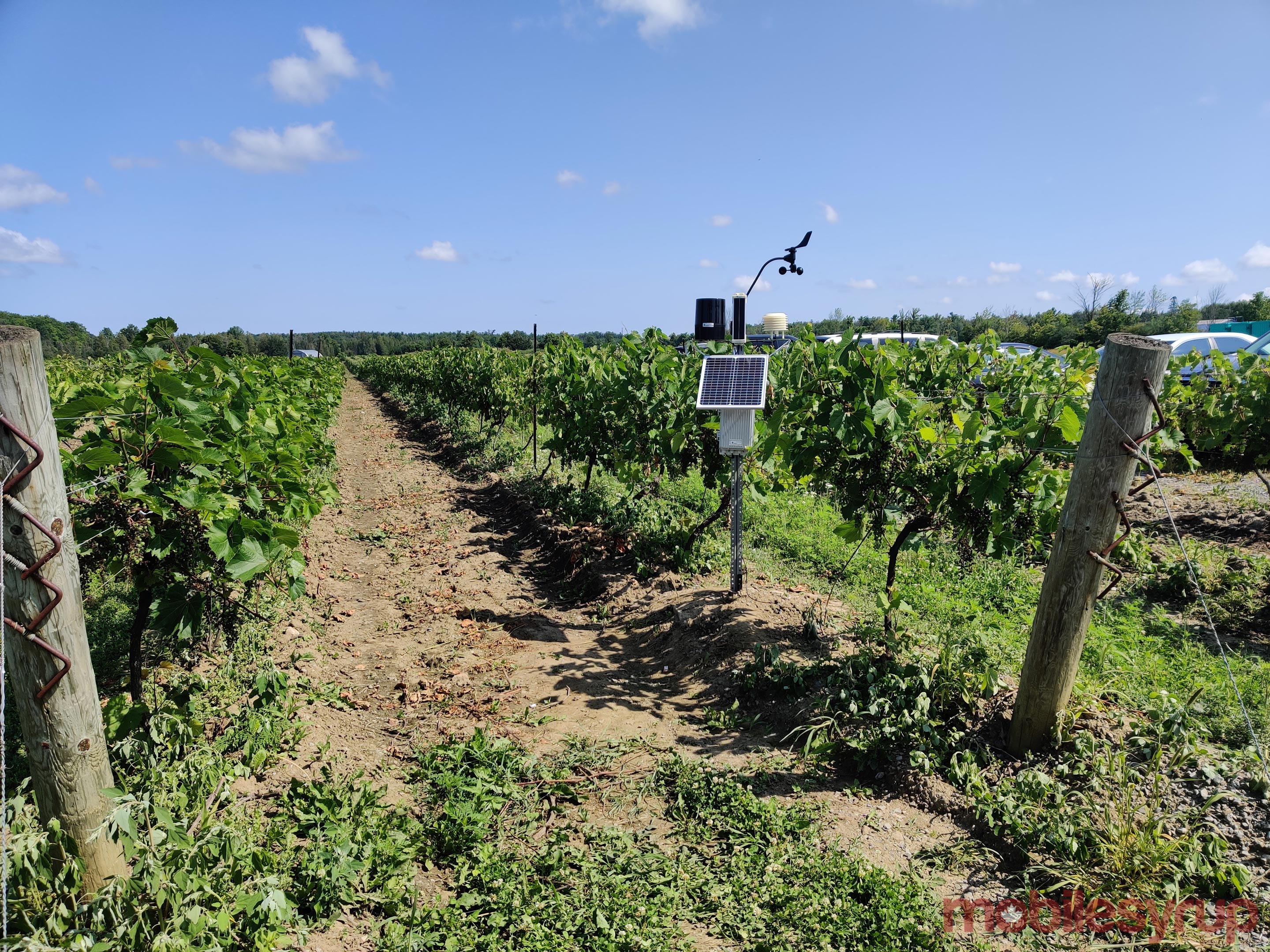 For example, Global UAV would provide drones that would fly over and inspect the entire vineyard within 15 minutes and indicate problem areas that should be examined. The drone can capture images, which show plant health, how crops are doing and the vitality of the vineyard.

This type of technology, in theory, eliminates the nearly two hours that a farmer would take to walk through the entire vineyard.

Telitek would provide high-precision sensors placed in the vineyard to measure temperature, humidity, wind, speed and air pressure. This gives the viticulturist real-time data so they can tailor the grape growing process.

During an interview at the winery, Chris Pereira, Huawei Canada’s director of public affairs, explained to MobileSyrup that the Shenzhen, China-based company isn’t only thinking about the future of 5G, but is also ensuring it maintains a focus on technology that could be used when the next network iteration comes to Canada.

This also means focusing on connecting rural Canadians and working on enterprise technology.

“Enterprise is a relatively small portion. It’s about 15 percent global revenue. Our strategic goal is to balance carrier, enterprise and consumer — so 33 percent each. [Enterprise] is a growth market,” Pereira said.

He explained that the partnership with Willow Springs is a “first time proof of concept” to show “what is possible in smart agriculture.”

Pereira added that the drones were currently functioning on 4G LTE networks, which given the area are likely supplied by either Bell or Telus. 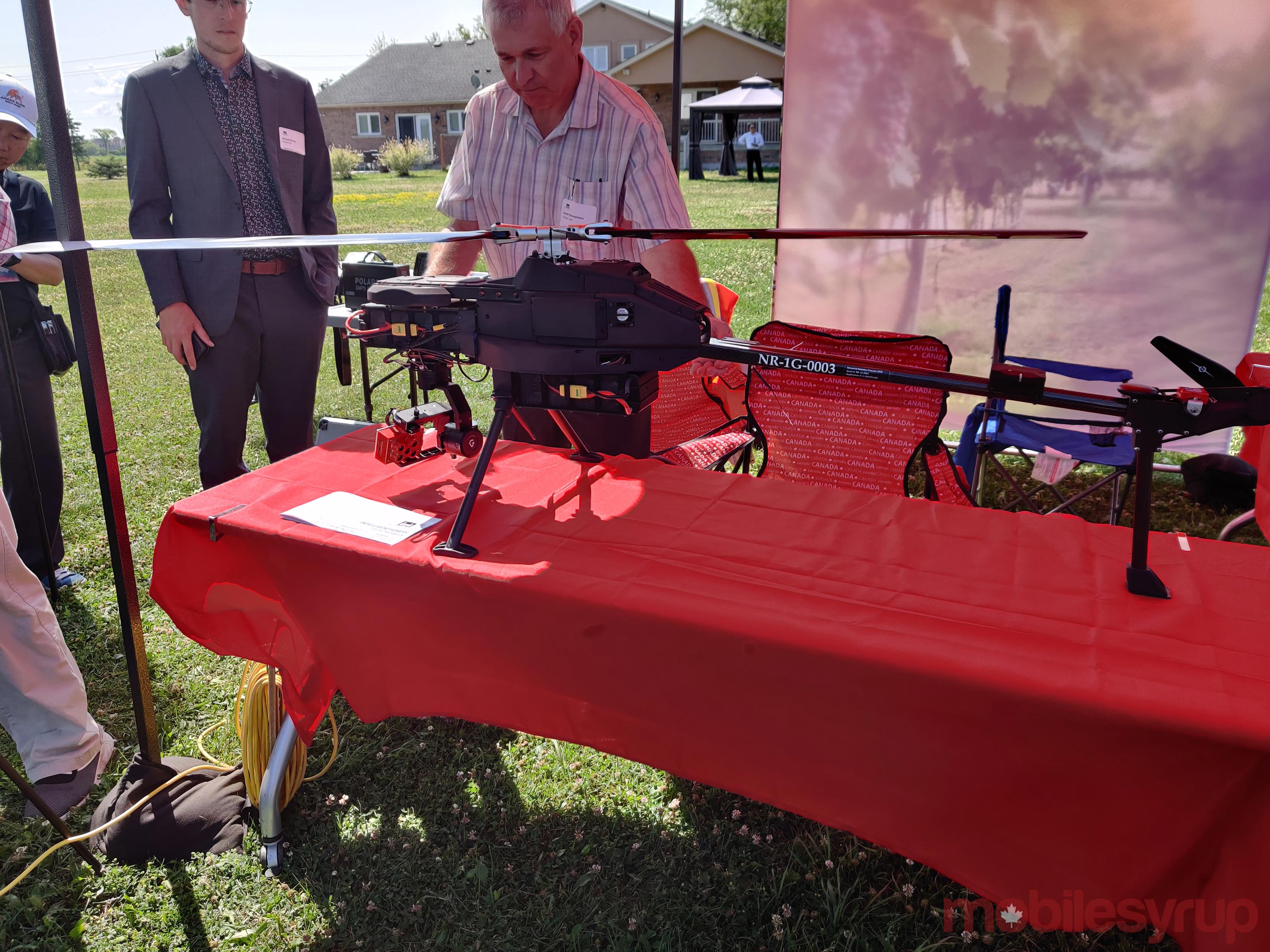 Once the drones connect to 5G networks, Pereira explained that the speed and accuracy regarding receiving images could be improved.

At peak speeds in ideal conditions, 5G networks are expected to reach up to 20Gbps download speeds. This is roughly 20 times what’s possible with LTE-Advanced today.

The reality of this though, and something to remember, is that these speeds would be available where there is Millimeter-wave, or mmWave, an extremely high-frequency band that offers high data speeds but a has a short-range. And while it might sound ideal to have these speeds at a farm, most carriers would probably utilize mmWave in locations where there is population density like in heavily populated cities or even at big stadiums.

The high speeds will also lower the time it takes to begin accessing content from the network (otherwise known as latency) to about a millisecond.

“A drone is flying fast across a field and if you have high latency, so 4G right now, it’s flying along it may see trees ahead of it…or even birds…and it might crash into it,” Pereira said.

These chips, Pereira said, would work on any network, whether or not Huawei is banned.

5G isn’t everything for Huawei Canada, taking a different route

While Huawei continues its work in the country, the federal government is doing a review of 5G technologies in Canada and whether or not the China-based company should participate in providing equipment.

A decision could possibly come after the upcoming federal election.

5G networks are also not fully available in Canada yet and are expected to roll out in 2021.

Carriers have suggested that a delay in deciding on Huawei’s future could push back the rollout of 5G in Canada. In particular, Bell and Telus are partnered with Huawei to provide last-mile infrastructure.

A potential ban could cost the companies an estimated $1 billion CAD.

Despite an impending decision regarding 5G, it may seem that Huawei Canada is taking a different route and is, at the moment, focusing more of its time on building other areas of its business.

“First of all, 5G is not everything, but I would say that 5G is important to Huawei,” Pereira said. “5G is one of our goals, but we want to be number one in smartphones and enterprise as well. Huawei sets big goals.”

Pereira insisted that even if Huawei Canada was banned from providing 5G network equipment, it wouldn’t affect the company’s revenue.

“Right now, our revenue from 5G in Canada is zero…if we don’t do 5G it’s zero impact because we have zero revenue,” he said. 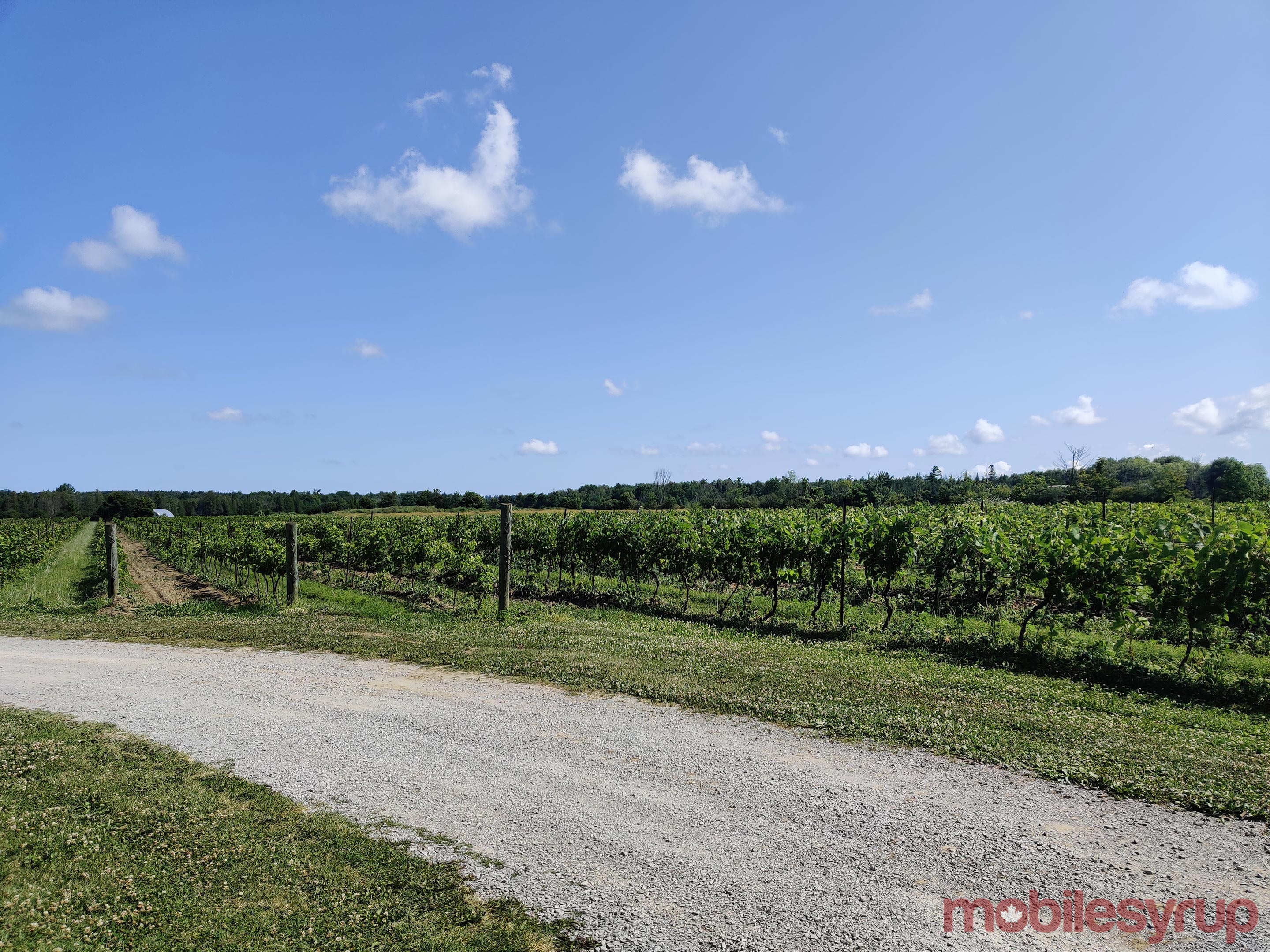 “To address [potentially] being banned, we aren’t asking for special treatment, we are asking to be treated equally, so [with the] question of cybersecurity and 5G, there should be set standards,” he said.

And if the company was banned, Pereira reiterated what the company’s chairman Liang Hua has said, which is that “in the worst-case scenario that happens, then we would be dedicated to Canada [with other solutions].”

“Our revenue is not just 5G, we have enterprise solutions, the consumer business group, and none of that is under question in Canada,” he said.

It’s worth noting that in 2012, former Conservative prime minister Stephen Harper announced that Huawei would be able to remain in Canada but could only provide the infrastructure that isn’t in the core of the carriers’ networks. The core is where the most vulnerable information resides.

Pereira said that the company’s roots began in rural and remote areas, and that’s where the focus is right now.

“When we started in China we didn’t start in big cities. We were in areas where there might not even be running water,” he said. “When we go to the far north, this is not a new initiative for Huawei, it’s going back to our traditional competitive strengths.”

Huawei Canada announced multiple partnerships with Ice Wireless, the first carrier to provide 4G LTE services to the town of Inuvik in the Northwest Territories, and the second to connect more than 70 rural and remote Canadian communities by 2025.

The latter goal includes 20 communities in the Arctic, 50 in northeastern Quebec and more in unconnected parts of Newfoundland and Labrador.

When asked if Huawei Canada was trying to overshadow the government’s efforts, Pereira disagreed.

“I wouldn’t agree with that. [Huawei Canada, in 2017,] unveiled our latest vision and mission for Huawei, which is to bring digital to every person and organization,” he said.